There are so many stray’s roaming around.

Even though people are becoming more and more aware and choosing to rescue or adopt rather than buy a pet. There is still a significant amount of cats roaming around on the streets with not enough food to fill their bellies. And that is what happened with one particular cat who showed up at a house and begged to be let in. Now we have all had to deal with stray cats before in our life. And no matter how much we want to help them, that is not always possible.

However, this person didn’t give a second thought to letting the stray in. The stray cat was quick to give her thanks by cuddling up to the man who had basically saved her life. Then she went on to roam around the house and found a comfortable spot for her to rest in. However, that is when things took a turn and only a few days later, the guy ended up with a lot of tiny fluffy surprises in his home. Yes, I am talking about kittens.

This is the adorable stray cat who was waiting beside the door. 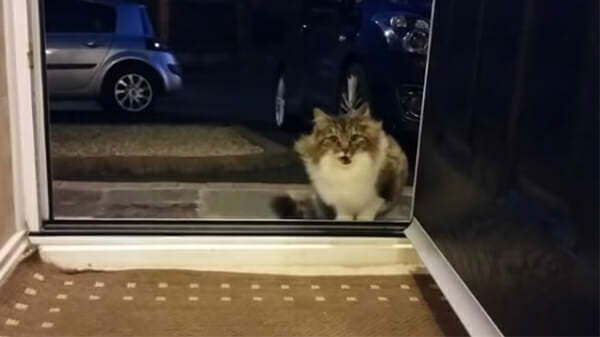 She came in quite quickly after the man allowed her in. 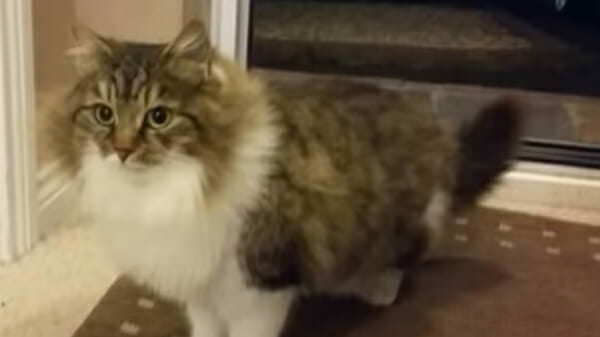 This may seem uncommon but lots of cats do this. They realize that they are pregnant and want a safe place to give birth to their children. So loads of them end up in people’s houses and find a safe spot to give birth. After all, the streets aren’t a safe place especially when a kitten is only weeks old. So that fat stray that keeps coming to your door might be pregnant and looking for a safe place. Even if you can’t help them, finding help for them through the authorities is always better than leaving them on the streets.

And found the perfect place to rest in and forget about the world. 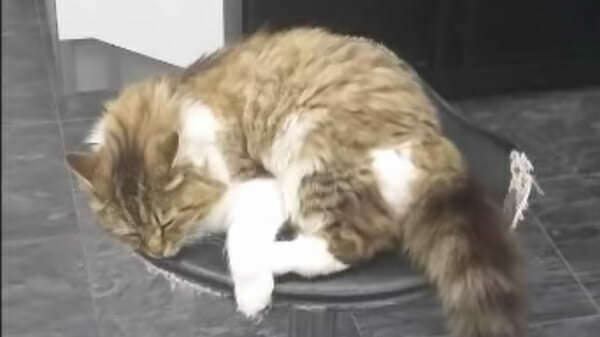 And only a few days later, the family ended up with a few more members. 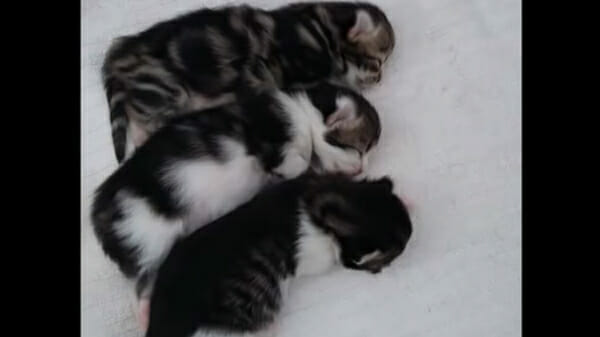 The three kittens are healthy as one can be and I am thankful for that. The mother is also the ideal of health even after giving birth even though she might be a bit tired after all that hassle. However, she has found herself a forever home so there is no need to worry anymore.

By the looks on the cat’s face, she is not too happy about this. 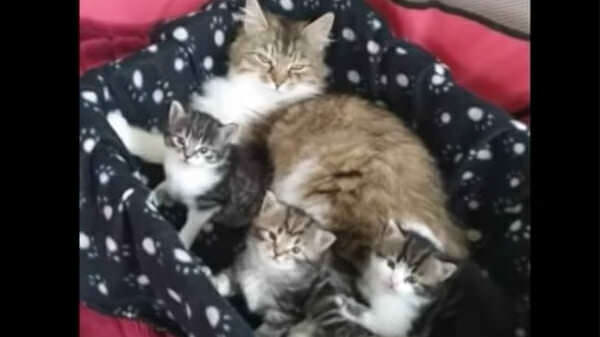 Have you ever took in a stray and later found out that she was pregnant? If so what did you do? Did you keep the kittens or gave them away? Comment down below and let us know. And don’t forget to share this beautiful story with your friends.