Panic is a funny thing.

It can make you do dumb things. While some people become complete bada**es when the fight or flight instinct kicks in, others do the stupidest things possible that a person could do. And we all know the feeling of screaming at a person on the screen opening the door which you know is a bad idea because there is always a ghost behind it.

However, they are not able to listen to us. But what we can do is keep ourselves safe if something similar to a horror movie happens in real life. For example, if you heard a ghostly voice telling you to play with them, don’t just stand there or try to investigate it, just run as far away as it is possible for you to do.

Another good one is never buying or picking up old and creepy dolls. You would think everyone would know this and yet people do dumb stuff. Well, Lenya Brick has a handy list for you to remember. So scroll below to take a look.

#1 Sleeping is the best thing ou can do at that point. 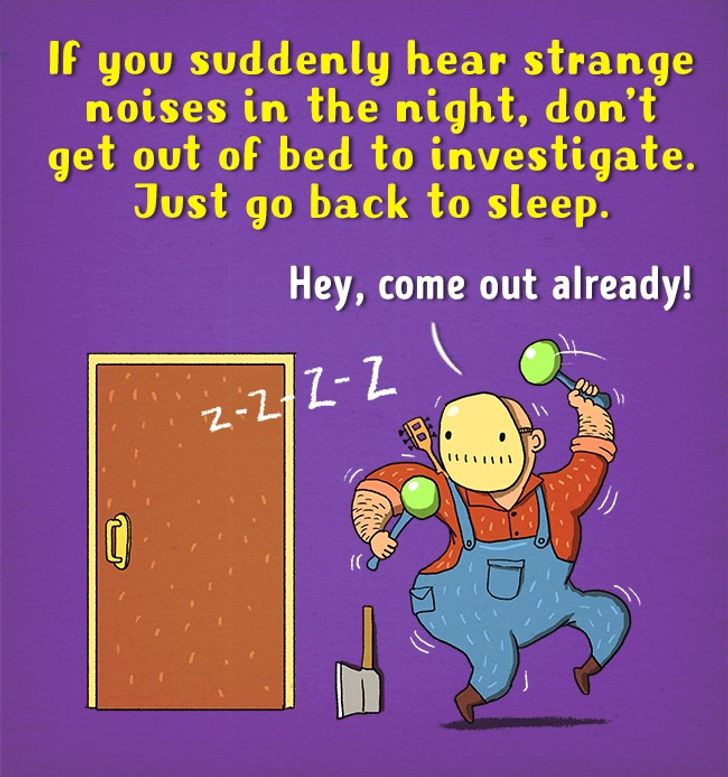 #2 Splitting up is never the idea no matter how good it may seem. 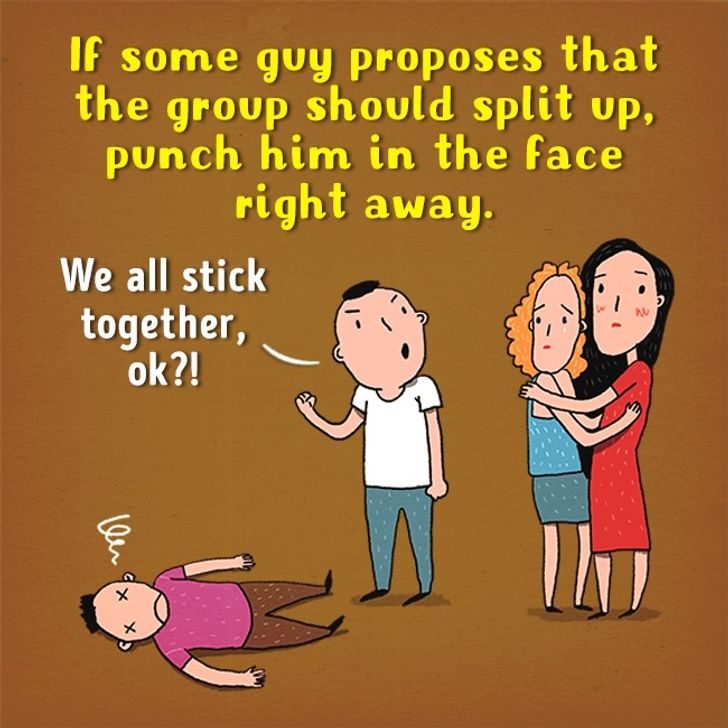 #3 Honestly a bumpy ride is better than getting a hammer to the face. 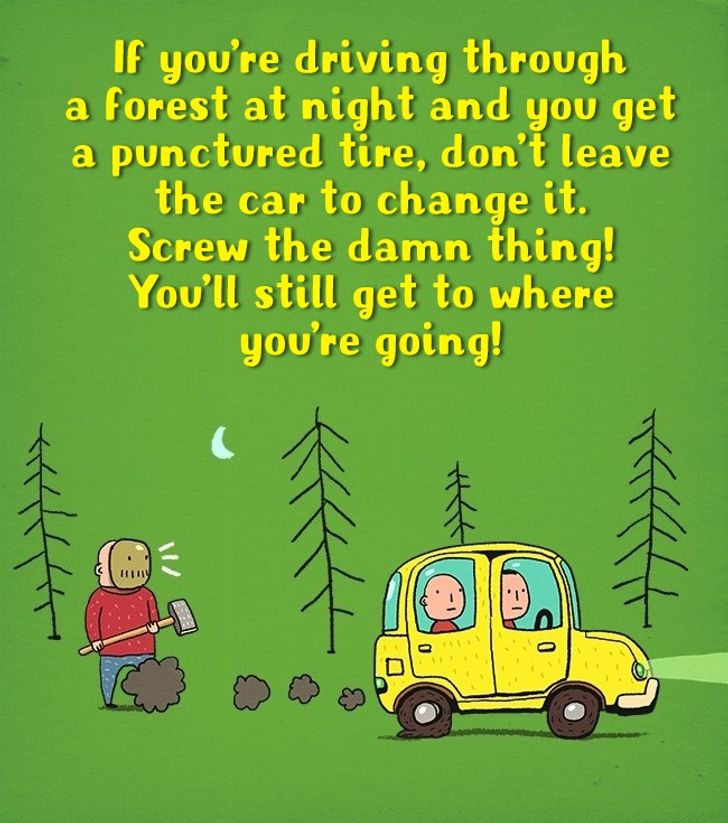 #4 Clothes can be an easy distraction to keep the villain away. 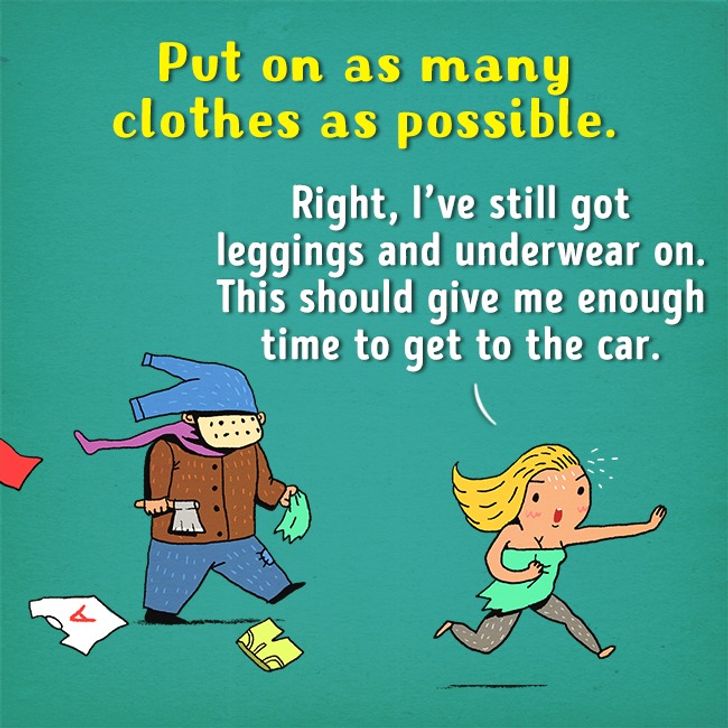 #5 You are just ending your own life at that point and you will get the instant karma. 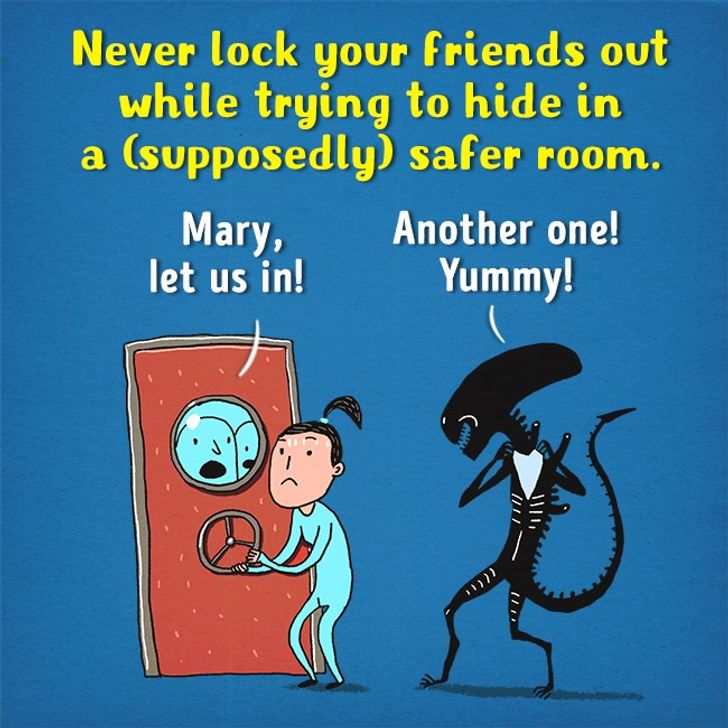 #6 There has to be a final girl who is quirky and stuff but turns out to be a complete bada**. 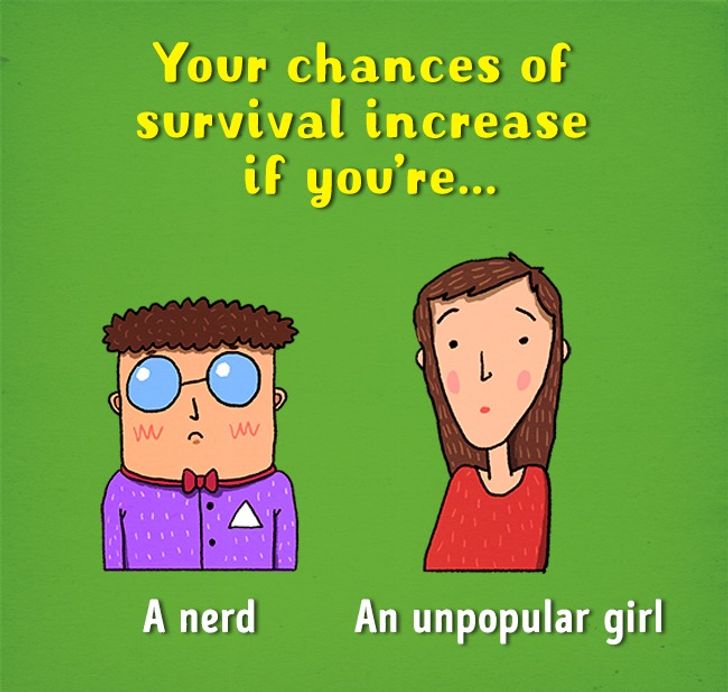 #7 I know this is going to sound bad but also if you are black. Although that is changing in recent years. 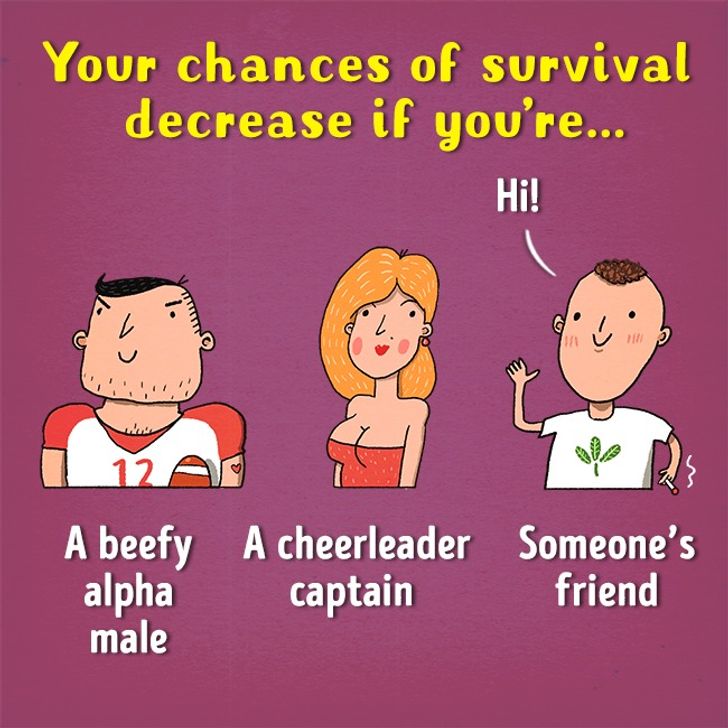 If you simply follow these simple steps, then there is a high chance that you will survive in a horror movie. Just act like a normal human being rather than a cardboard cutout of a stereotype and you’ll be fine. Yes, it is really that easy.

#8 The weirdest kids are the scariest ones so just be nice to them. 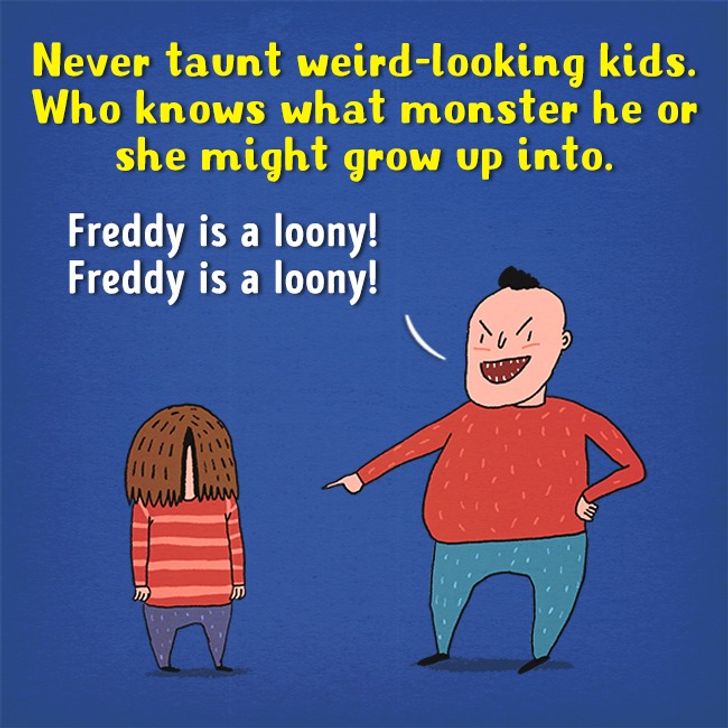 #9 Turning behind is the worst thing one can do and don’t look in the mirror either. 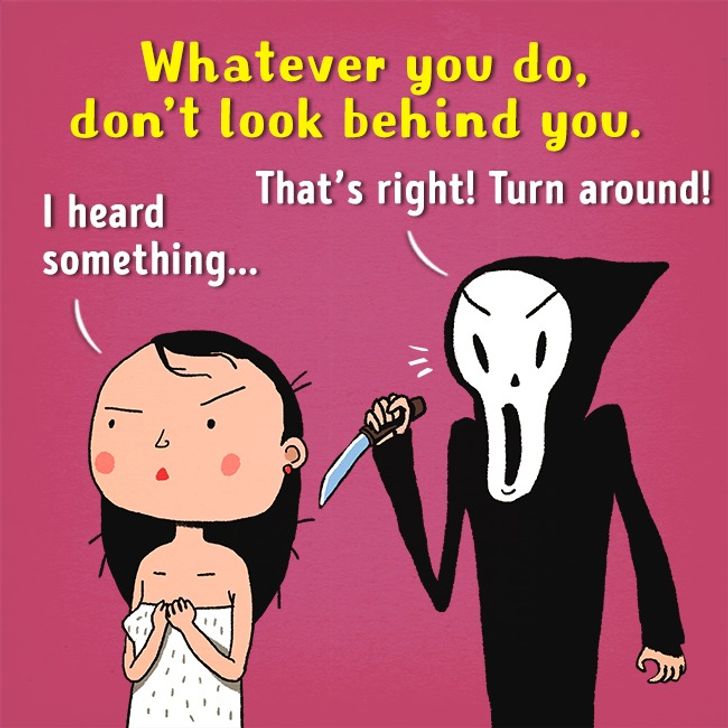 #10 Or just shoot them as many times as you can rather than punching them. 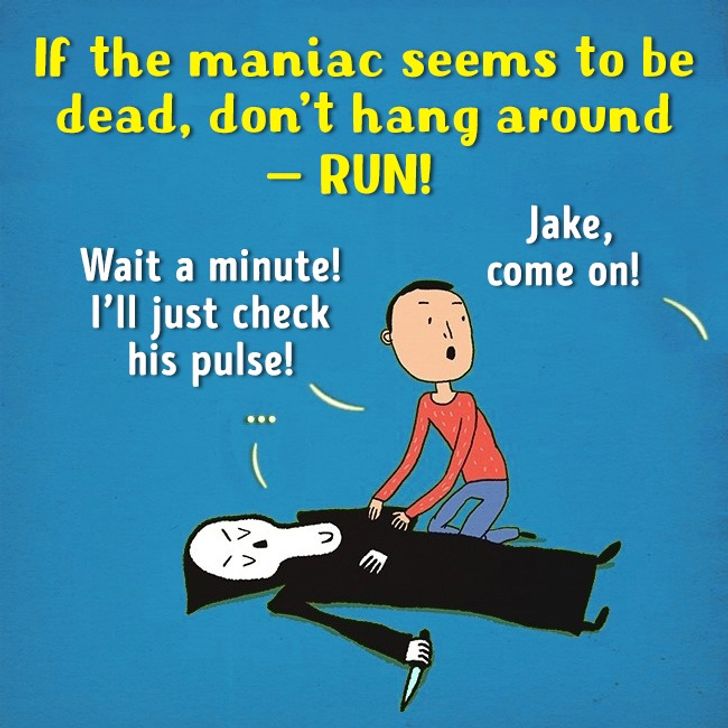 #11 And yes times are changing so will get reception in the forest most of the time. 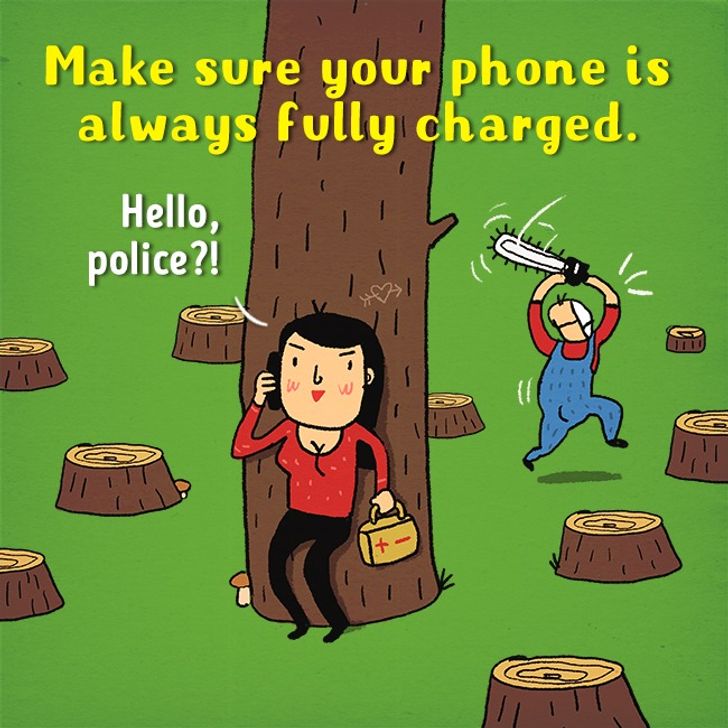 #12 Unless you lock the monster in the house with you, then you are f*cked. 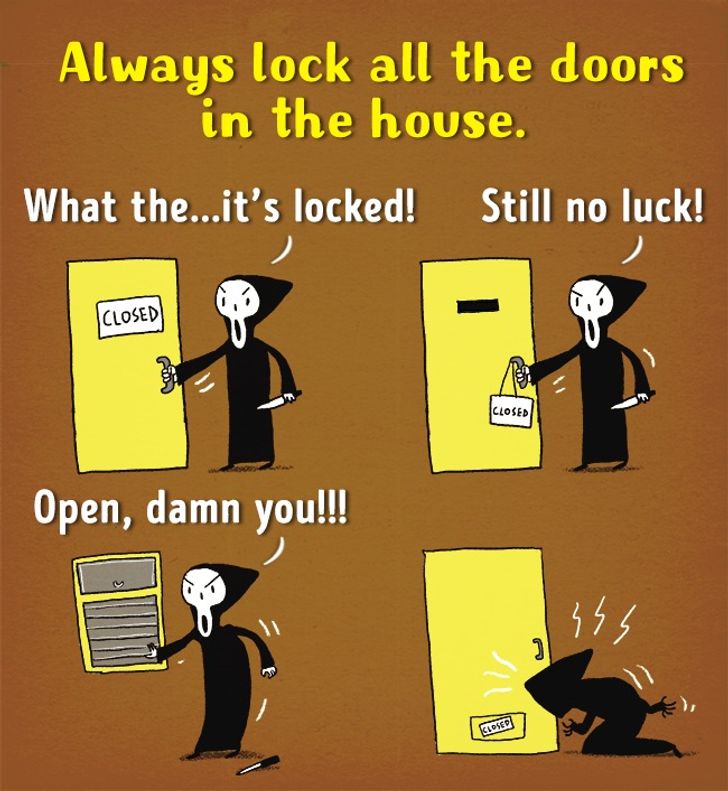 What did you think of these comics? Comment down below and let us know.