From wearing white at their son’s wedding to letting the partner know that they hate them, there are a lot of stories where mothers-in-law are basically evil. Now I am not saying that everyone is like this but from what I have seen, this is the case in most instances. I suppose they feel threatened when someone else comes into their baby’s life and don’t want to feel left out. I understand that a mother’s love is beautiful but these women are making it into something awful.

But this particular story has more to do with how this guy treats her wife and how he puts his mother on a pedestal. I fully understand that standing up to your parents can be hard but he is an adult and if his wife is being treated like this, he should have her back. Since this story is on Reddit, he obviously didn’t have his partner’s back and a whole argument ensued. The mother-in-law didn’t help either and just added fuel to the flame.

You can read the whole story for yourself by scrolling below and forming an opinion.

This is going to be a long story so strap in for some twists and turns.

She has recently given birth so her mother-in-law is in their home. 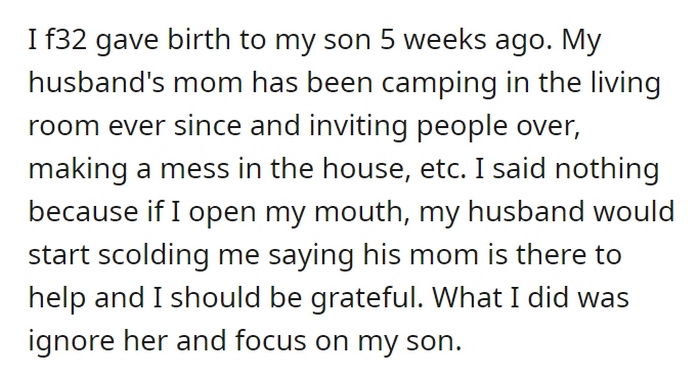 She is supposedly there to help her during this hard time.

But the only thing she seems to be doing is breaking into the couch. 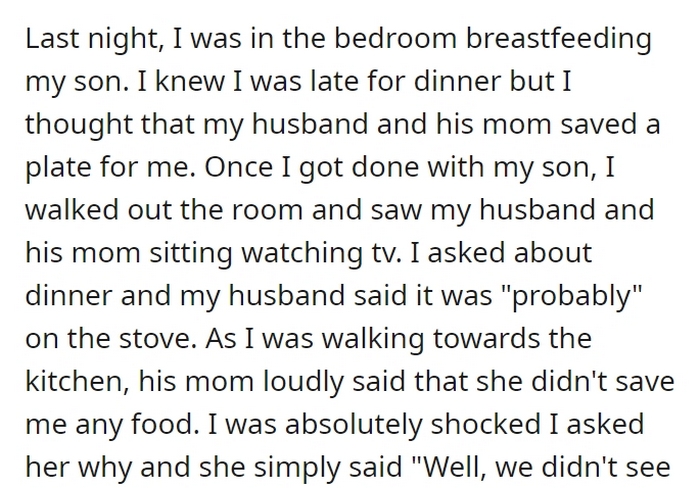 Other than the cooking, she doesn’t help in any way and even that is conditional. 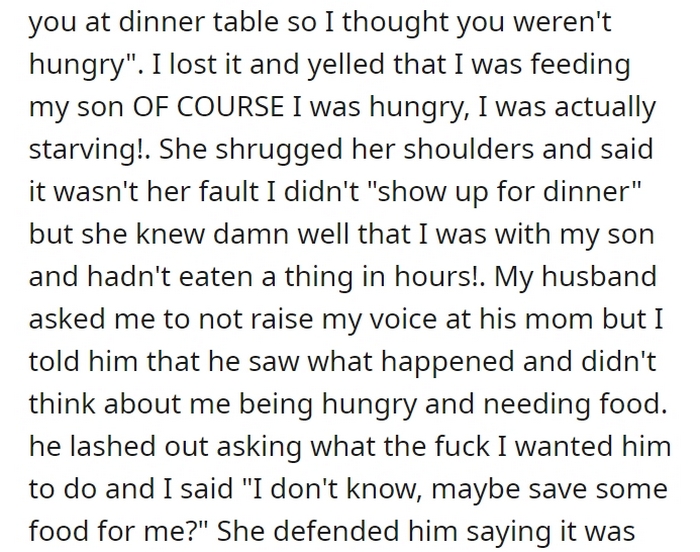 She clearly doesn’t care for this woman and it shows in her behavior. 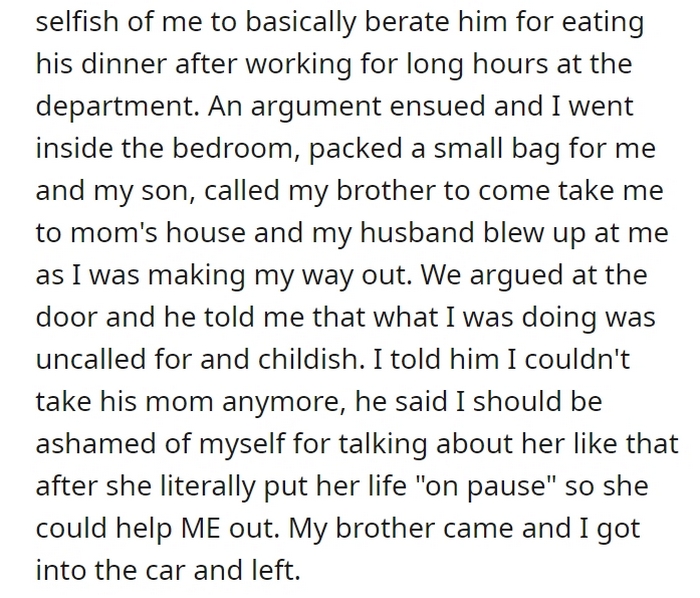 The husband didn’t stand up for her either which is just sad. 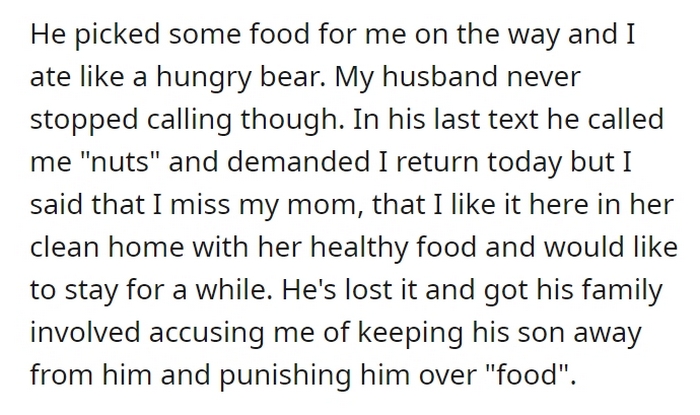 But the story doesn’t end there as there are a few updates in this story. 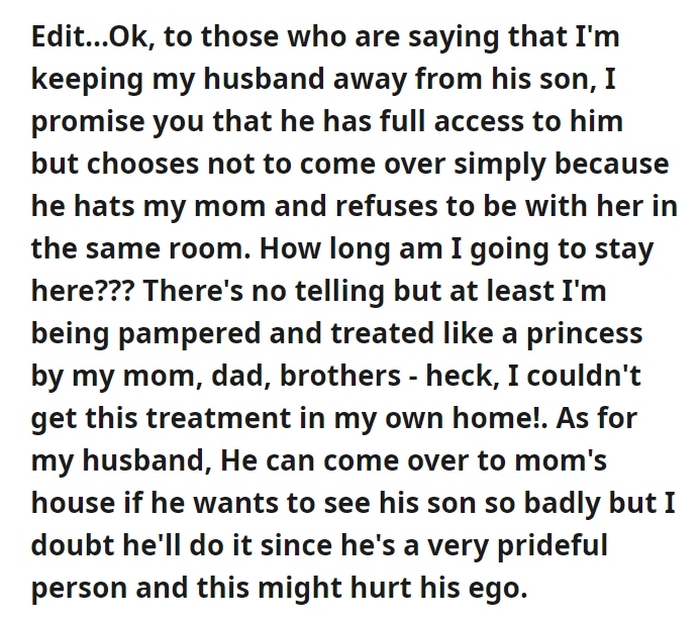 And while we get some information about this story.

Things go from bad to worse as her husband keeps messaging her. 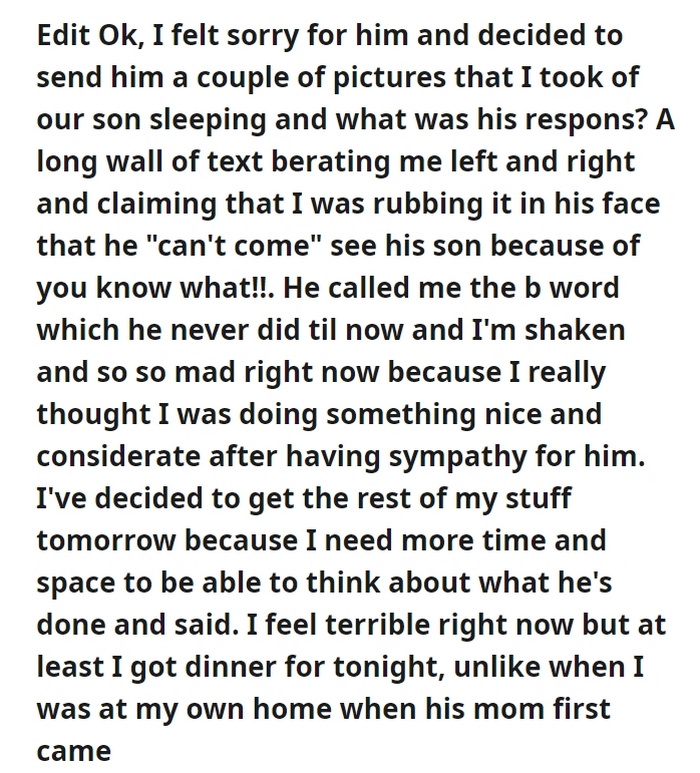 He is just acting like a child and that is the way I see it. 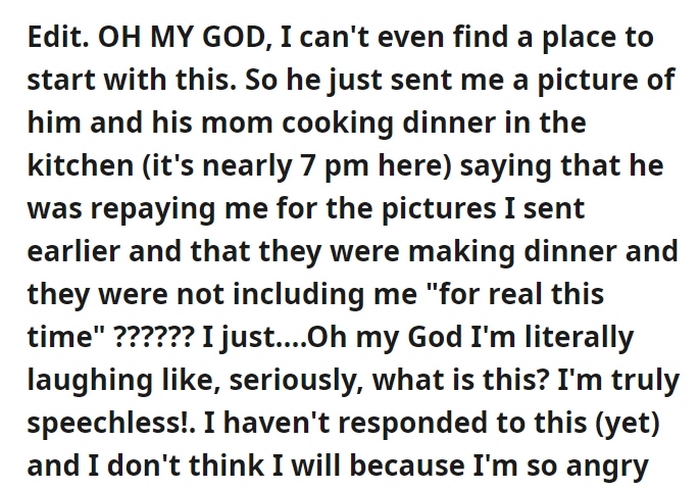 Who does this to their wife? 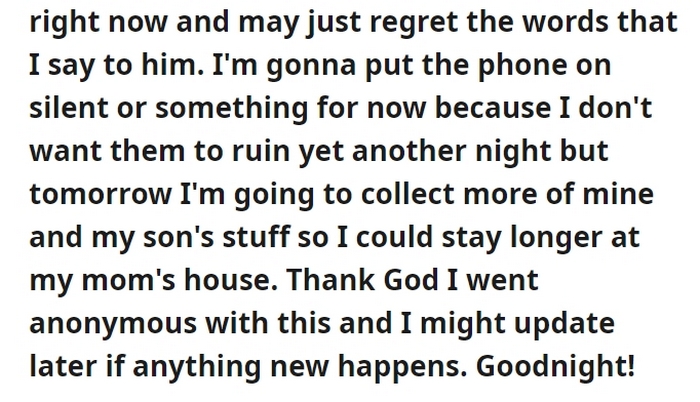 Not only that but he also dared to ask this of her. 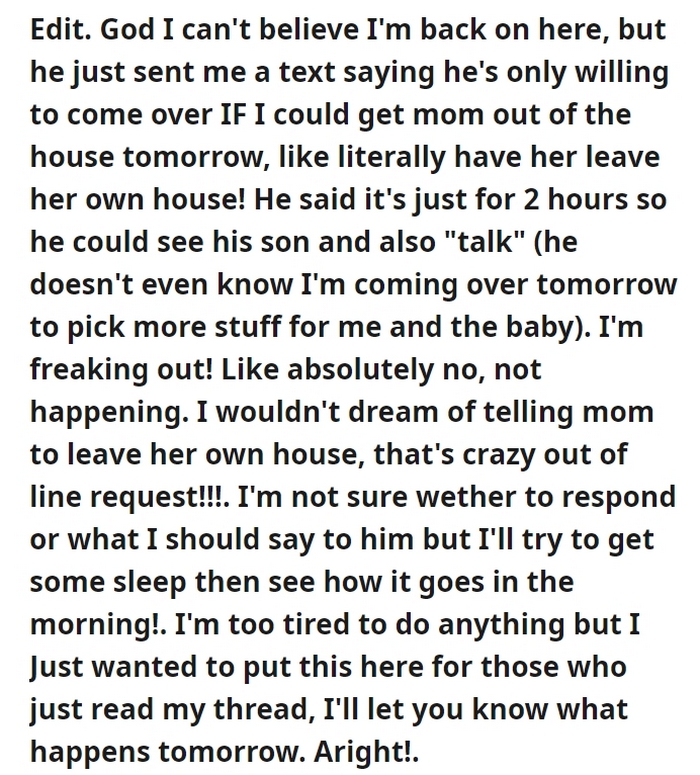 This was definitely a very complicated story. I would like to start off by saying that the husband and his mother were 100% wrong in how they are treating her. Not only did they not save her food, if they had forgotten, but the mother could also have gotten up and cooked her something. Isn’t she there to help her so why is it that she is not doing anything at all? While I do feel bad that he doesn’t get to see his son but after the updates, I would say that he doesn’t want to either. Because if he did, he wouldn’t be acting like a bratty child.

As you can imagine, people in the comments weren’t on the husband’s side. 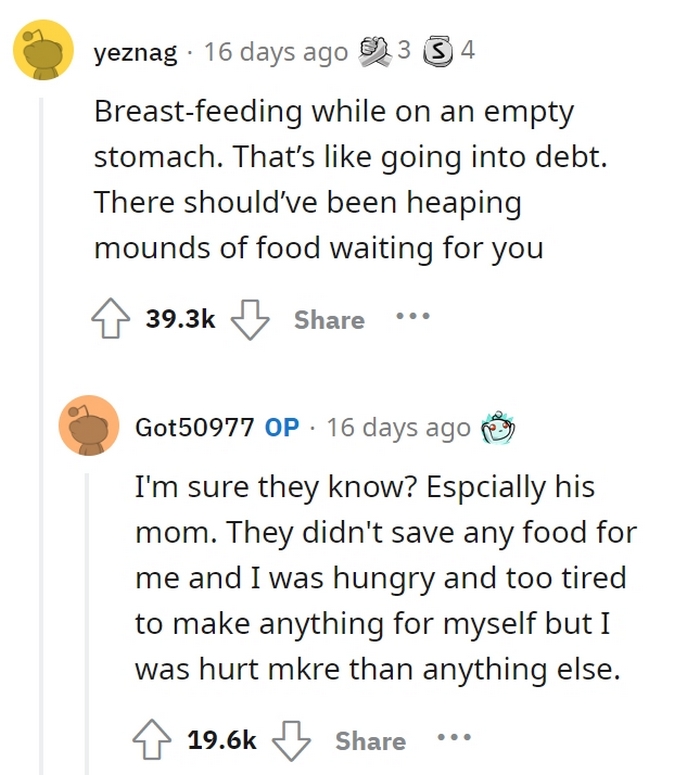 Some dog tax to brighten up your day after reading this mess!

He is turning 15 today and we can only hope that he will have many more beautiful birthdays ahead of him.

What are your thoughts on all of this mess? Do you think he was wrong for walking out or was that the only choice? What do you think about the husband? What would you have done in this situation? Would you stand up for your partner when it comes to your partner? Comment down below and let us know. Also, don’t forget to share this story with your friends so they can join in with their opinion as well.