A lot of people blame children for dumping their parents when they grow old.

It might seem cruel to just isolate your parents when they are old or leave them in an old home when they need you, that is why most people blame the children for being in the wrong when something like this happens. But this Reddit user revealed the bitter truth; it is mostly the parents’ fault. The old generation has an ego problem. They refuse to believe they can be wrong when it comes to an issue and they stick to their side of the argument. To make any kind of relationship work, both parties need to be compromising and understand one another. When one party refuses to budge, the other has no choice but to separate to keep their mental peace. You are very blessed if you have a healthy family that can communicate and understand each other.

This person made a statement on Reddit and referred to the parents whose children left them as adults that it was their own fault. Of course, it received a lot of response. But you need to read the person’s reasoning before coming to a conclusion., Scroll down below to read all of it:

Parents can mess up too. They are not gods. But they have to own up to their mistakes.

The mistreatment starts from an early age and there are several forms of it.

Your home is supposed to be your safe space and if all your parents do is make you feel suffocated throughout it, that is your queue to leave. It is your parents’ fault. Don’t let them guilt-trip you.

Some of these relationships end abruptly, and some build-up to it.

The person also edited their statement a little at the end. 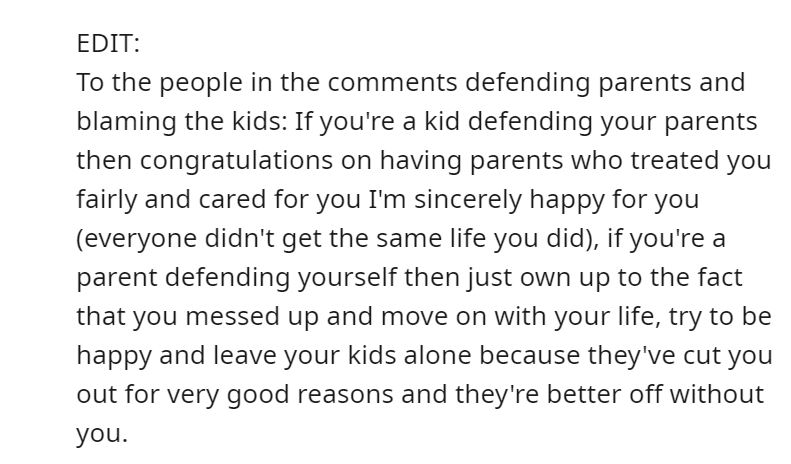 In my opinion, nothing should come before your own mental peace. If your house is suffocating you and is destroying you inside you, need to leave. You are not obliged to live with your parents if they are toxic and make it hard for you to breathe. So this Redditor made complete sense to me.

Other Redditors added their opinions too.

Some parents refuse to accept the fact that they need help. 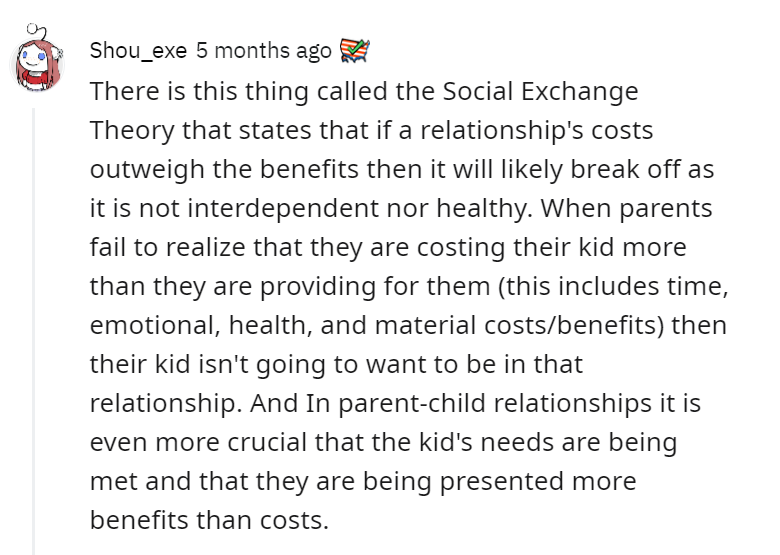 Do yourself a favor and get out of there.

Some Redditors shared their own stories. 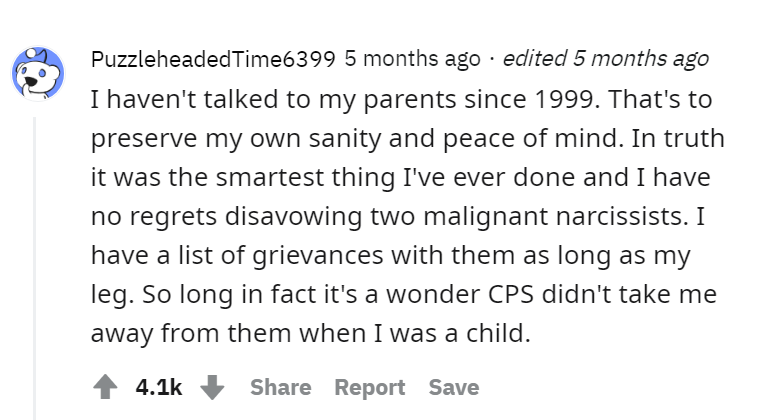 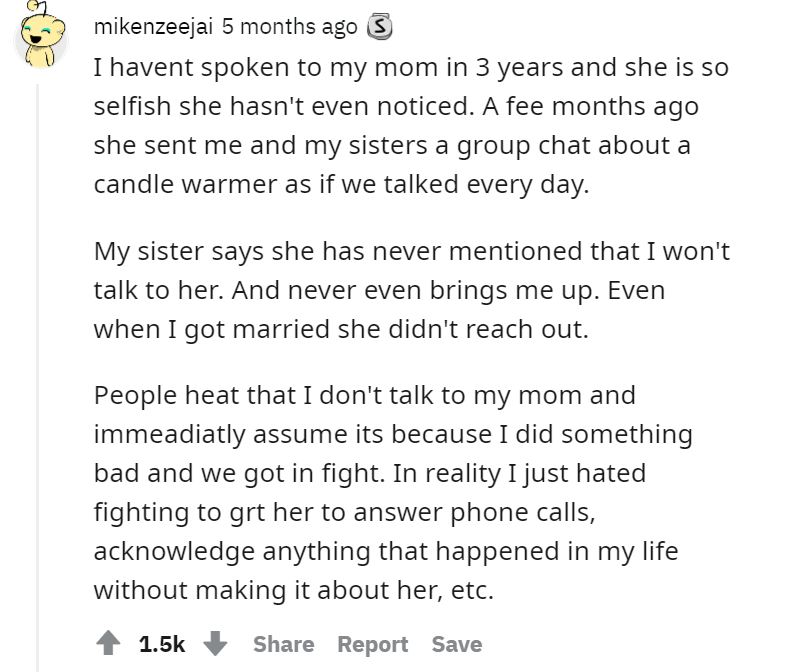 Do not let them guilt trip you.

It takes a lot of time to undo the damage that parents do to you.

What is your opinion on this? Do you think it is the parents’ fault? Share your thoughts with us in the comments below.