Jealousy gets you nowhere.

I can understand young children being jealous since they haven’t matured yet and can throw tantrums about the tiniest of things. However, it is not the same thing when it is a married grown man doing the same thing just because he doesn’t like someone. Now I realize nobody is liked by everyone and that is perfectly okay since nobody can force a person to do that but that doesn’t mean you can act like a bratty kid.

This guy did exactly that. He didn’t care that his wife’s sister was getting married and that it was not about him. He just had to voice his hate for the sister’s new husband. It is pretty clear by his actions that he was just jealous and wanted everyone else to hate him as well. And to put it in perspective, the only reason he did this is that he was probably afraid that his wife’s parents weren’t going to dote on him.

Is it really any of his business to meddle into someone’s marriage and motivations? 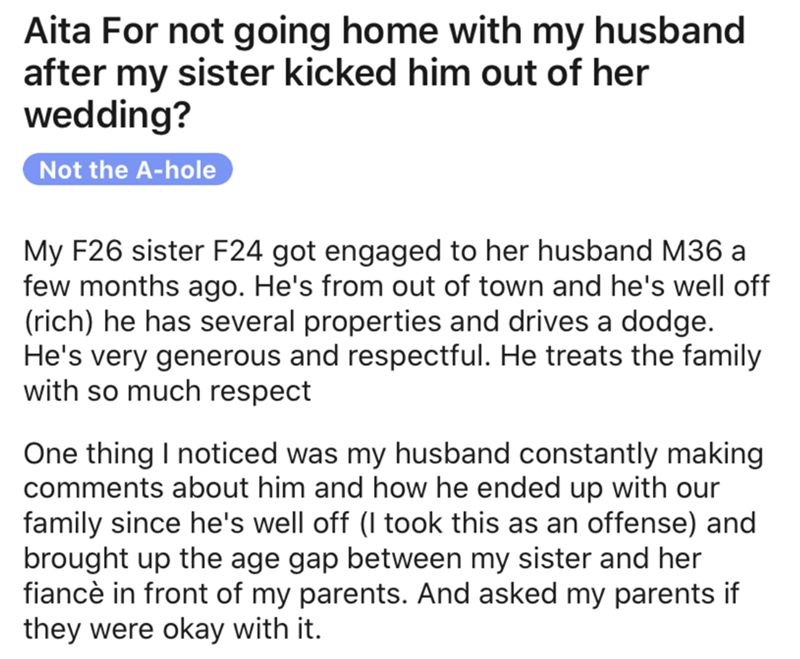 Why would his family get invitations? Am I missing something? 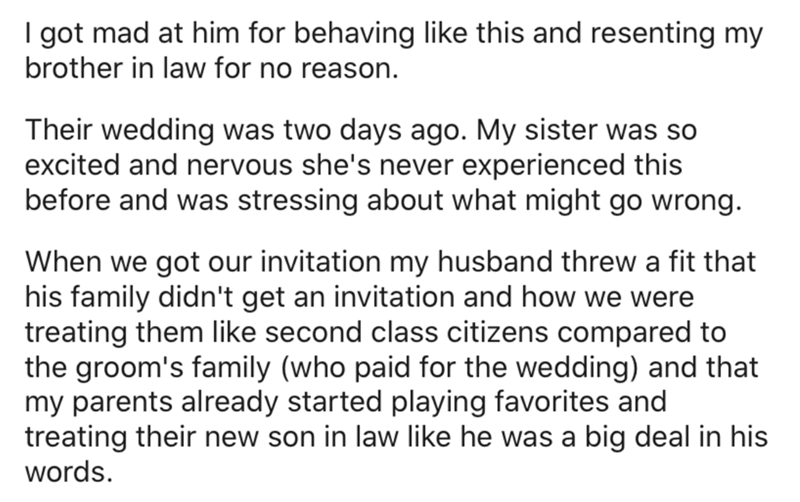 I’m trying to imagine if my sister got married, her inviting any of MY in-laws and… what? No? Why the heck? My in-laws are spectacular, but what does that have to do with my sister?

So not only was he extremely rude but he also had the audacity to call her a gold-digger? 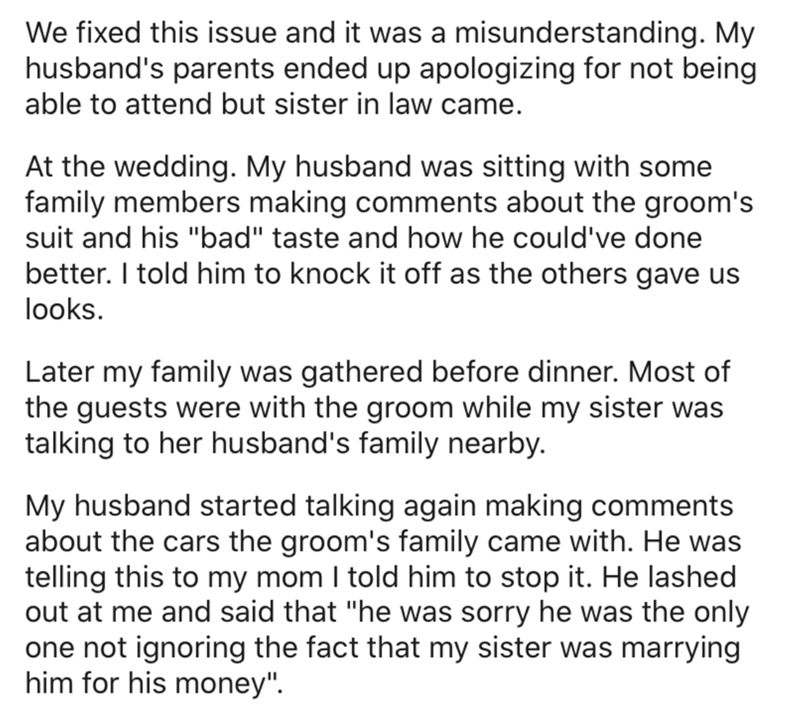 On one hand, the age gap is a little concerning. On the other hand… Dude… How much of an asshole do you have to be at someone else’s wedding?? You don’t get to have a say in whether or not a marriage should be happening. You just shut up and congratulate them.

If he were genuinely worried, making a scene would be the LAST thing on his mind. Wtf??? –lesmexyfish

Honestly, I can’t even imagine the level of embarrassment her sister must have felt at that moment. 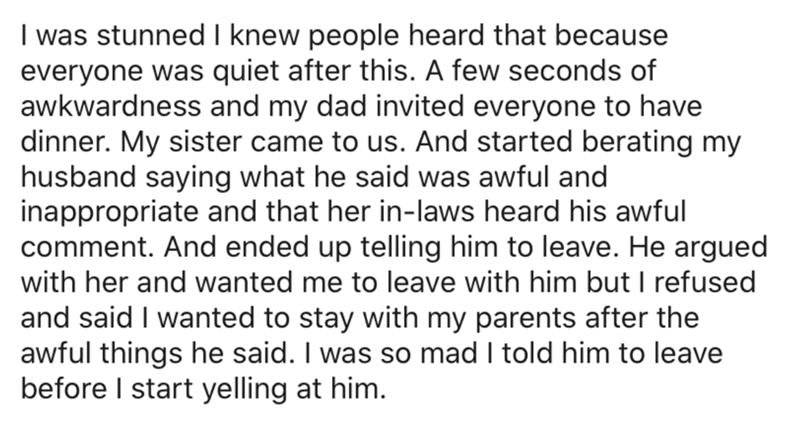 If he wants her family to forgive him, he should apologize himself. 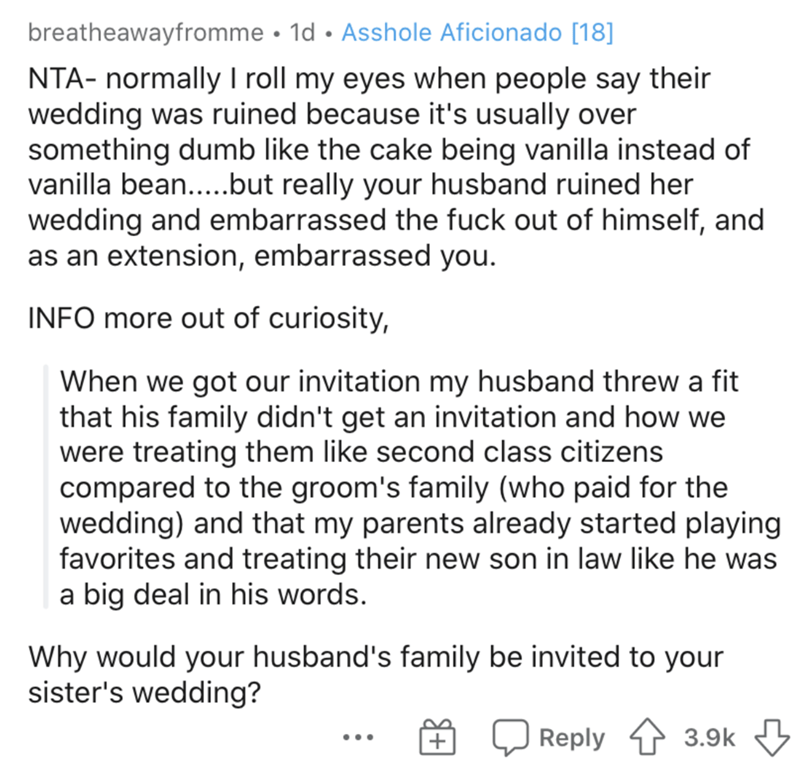 He should grow up and learn that the world doesn’t revolve around him. 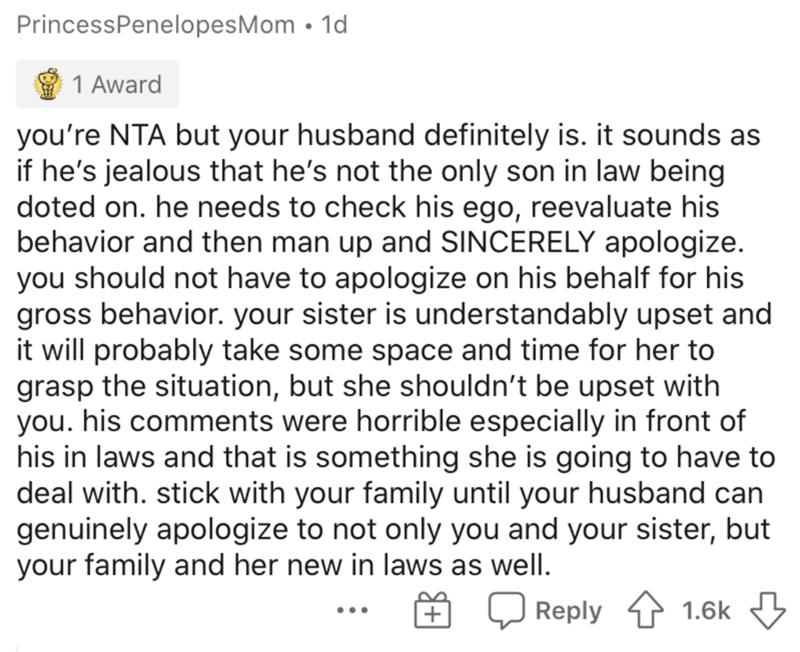 It’s that he believes he deserves it and that is all that matters to him. 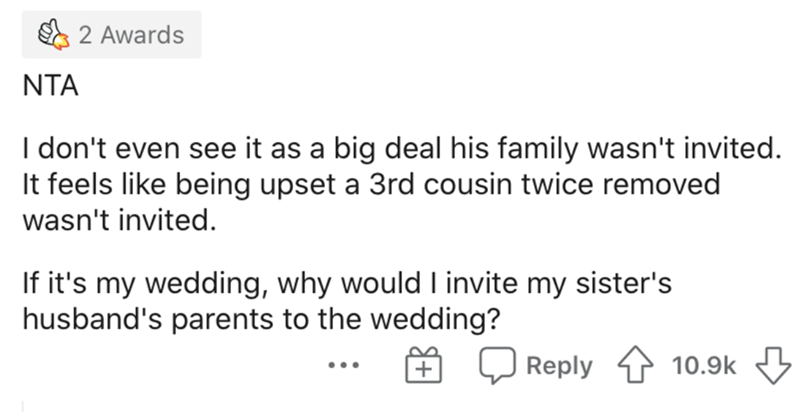 Now, I can’t get that mental image out of my mind either.

It wasn’t like he was drunk so he has no excuse or how he acted during and before the wedding. 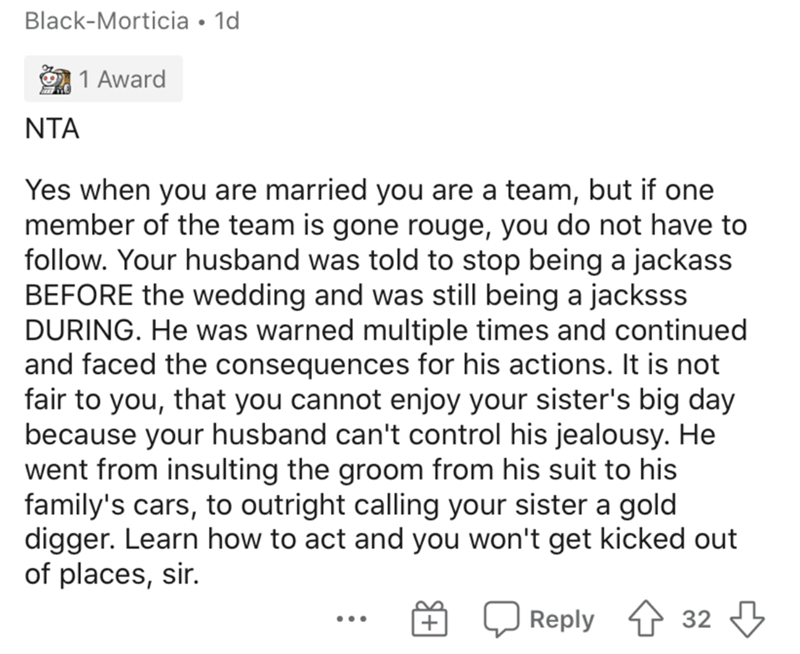 This entire incident calls your marriage into question if I say so myself.

And the worst thing is that he doesn’t even seem like he is at all sorry about it.

All of it seems very deliberate to me as well. 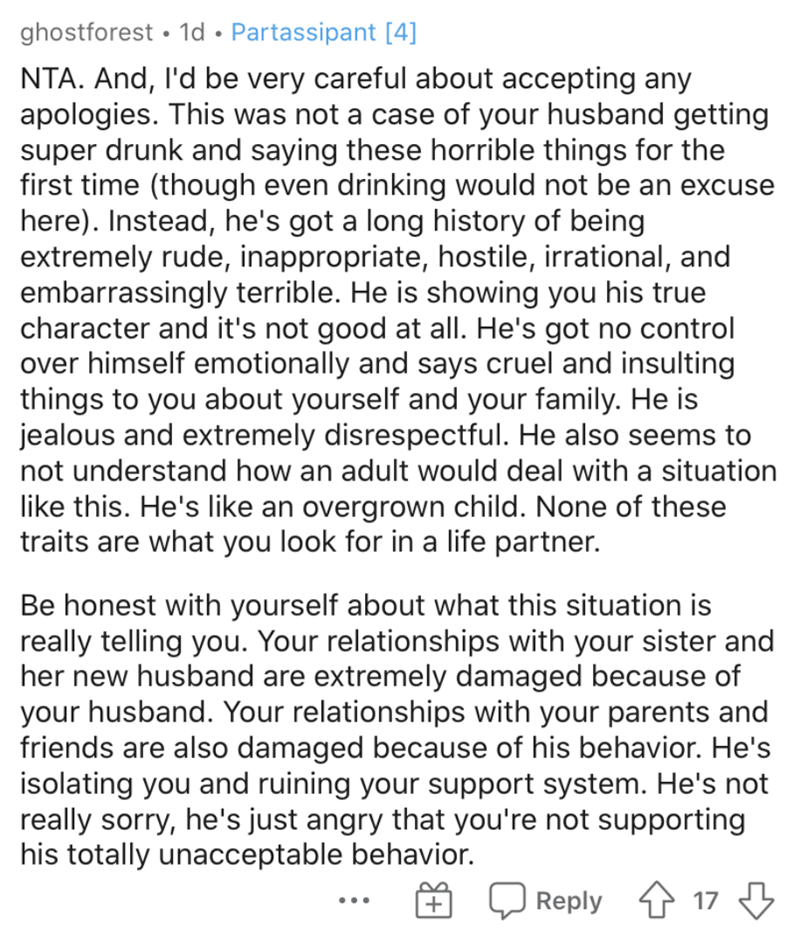 I feel really sorry for the sister. She did not deserve this. 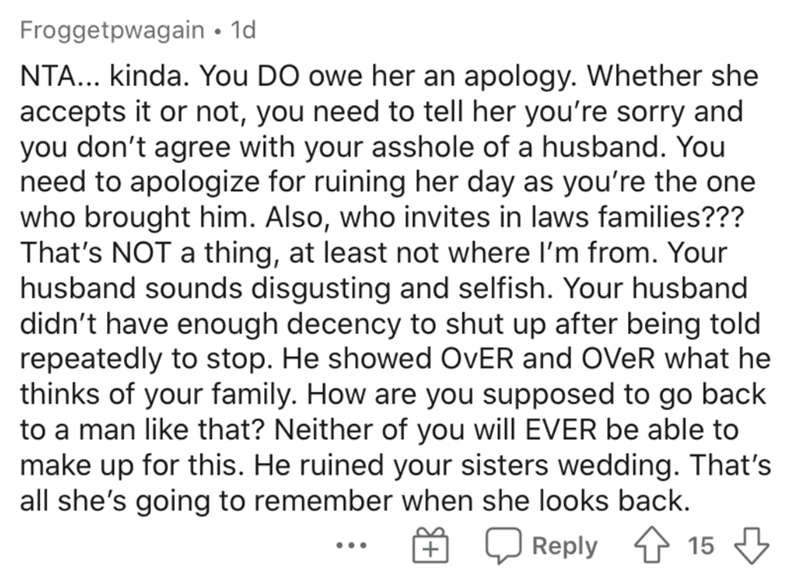 No arguing with you there.

Does he really think being jealous will make this situation better? 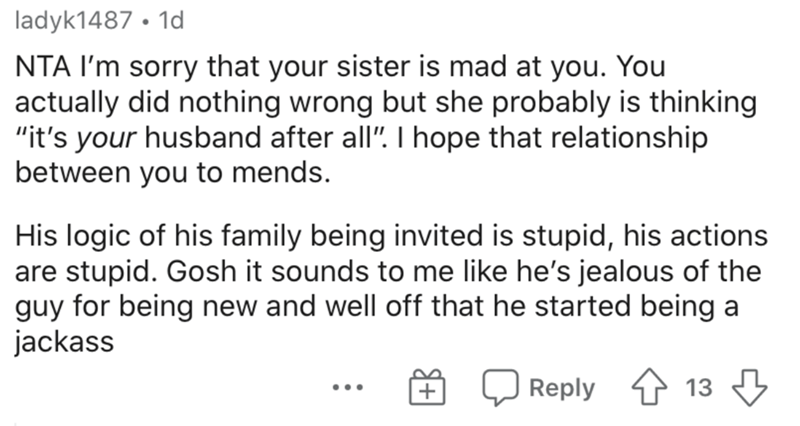 I do sort of agree with this person but it wasn’t completely the wife’s fault either.

What are your thoughts on this? What would you have done in this situation? Comment down below and let us know.