This Karen finally got what she deserved.

While everyone knows about the Karen meme. The fact of the matter is Karen’s don’t usually get what they deserve. That might be hard to believe because the Internet is filled with stories of revenge and such but the reality is that there are many stories that go undocumented. Where the store tends to favor the rude customer over their own employees just because.

Well, you won’t have to feel angry while you’re on this post since this particular Karen didn’t know what she was getting into when she grabbed the arm of an unsuspecting lady just because she thought that woman worked there.

Scroll on below and take a look at how that went. Spoiler Alert: It didn’t end well for the Karen.

This story starts with the lady gushing about how her husband is amazing which I can understand. 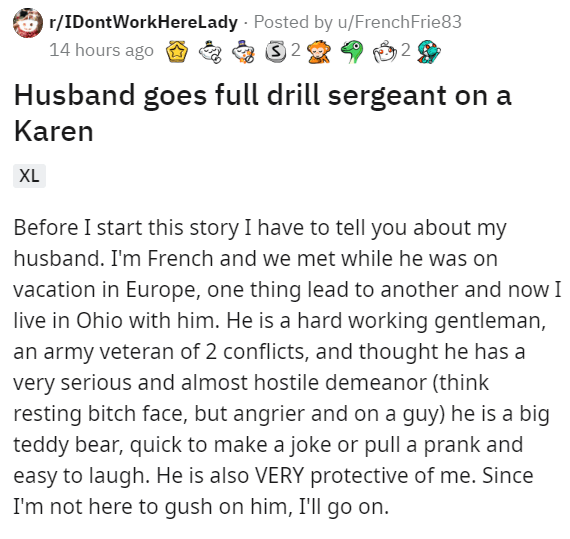 Was the Karen blind? 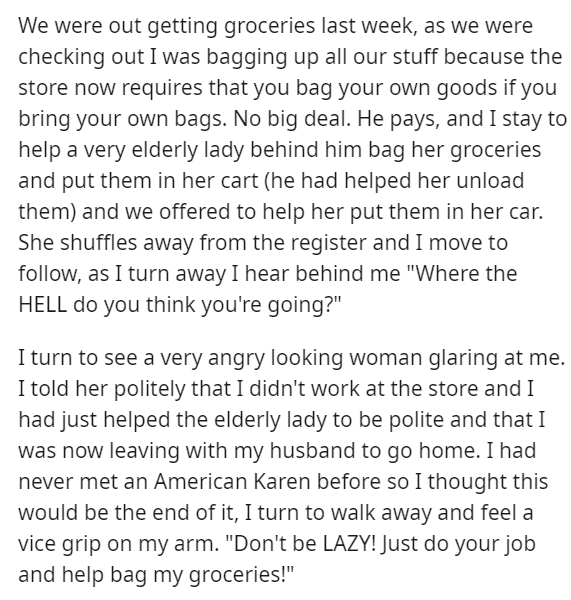 I honestly never understood the ‘I don’t work here’ stories. Since how can you mistake someone if they are not wearing a uniform? And even if you did make a mistake, just say sorry and move on. Is that so hard? I’ve certainly done this and it wasn’t as big a deal as these people make it out to be.

Well, that certainly took a turn quite suddenly. 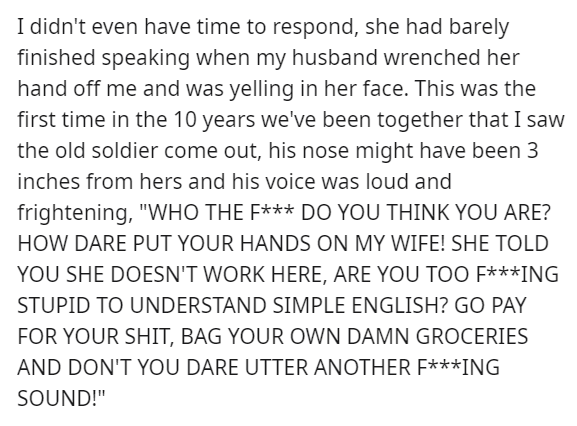 At least it all ended up being okay for everyone. 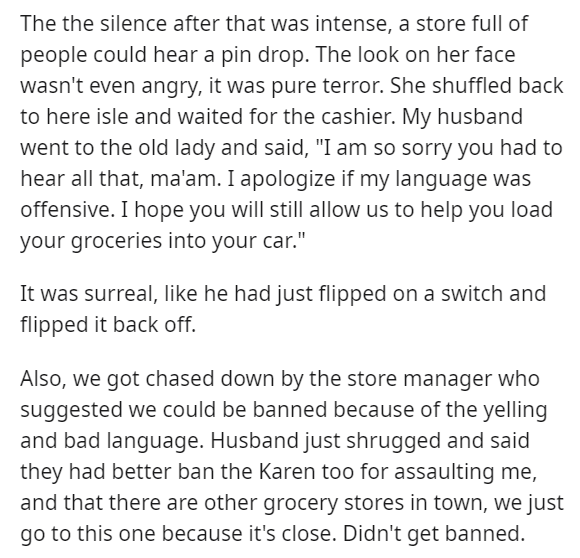 As you can imagine, people had their own stories to share. 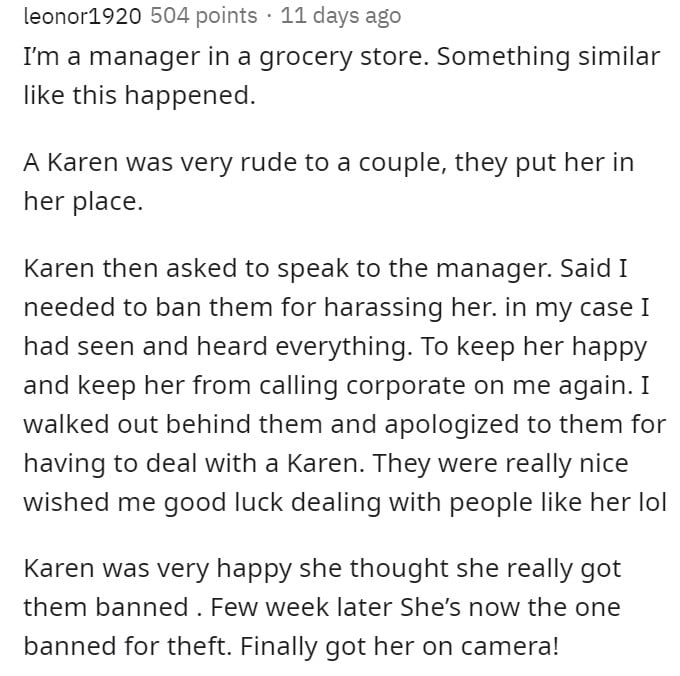 I know I can definitely turn into an angry a**person on the flip of a coin.

I bet that would be difficult. 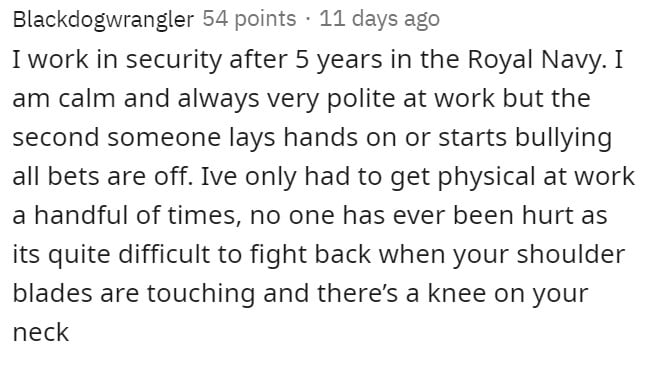 It makes much more sense to ban the overly rude customer that disrupt the day-to-day business. 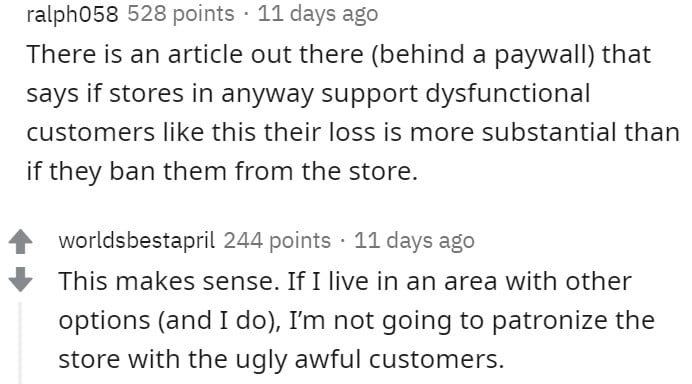 I think losing a mouthy stupid Karen is worth it at the end. 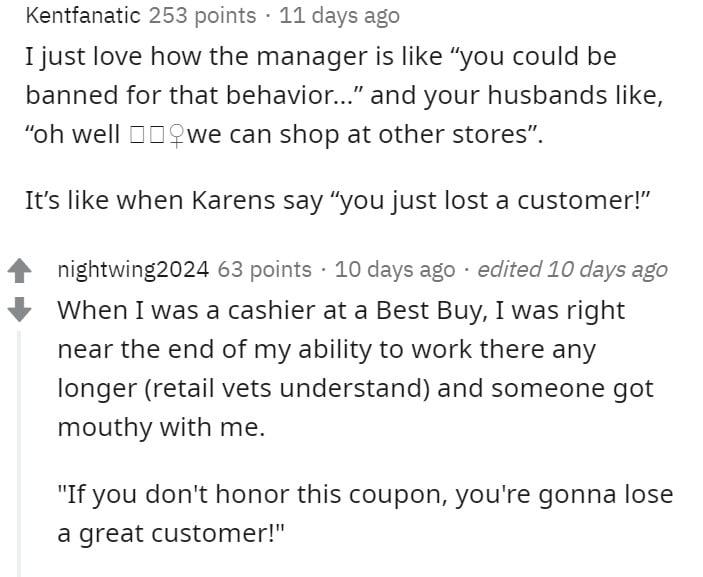 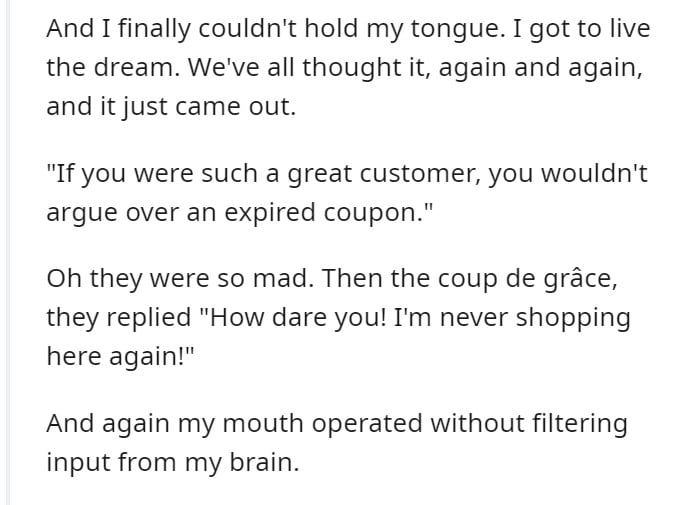 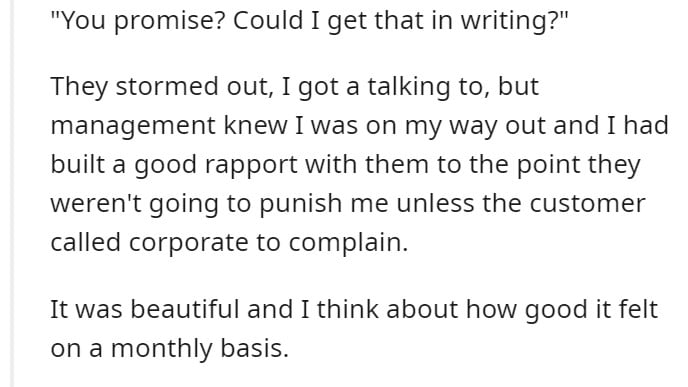 Definitely, they are the ones yelling at others because they didn’t ‘respect’ her.

Since some of the comments were confused about what exactly happened with the manager, The Reddit user posted an update on what they talked about in detail. And how it honestly wasn’t the manager’s fault.

He couldn’t really do a whole lot. 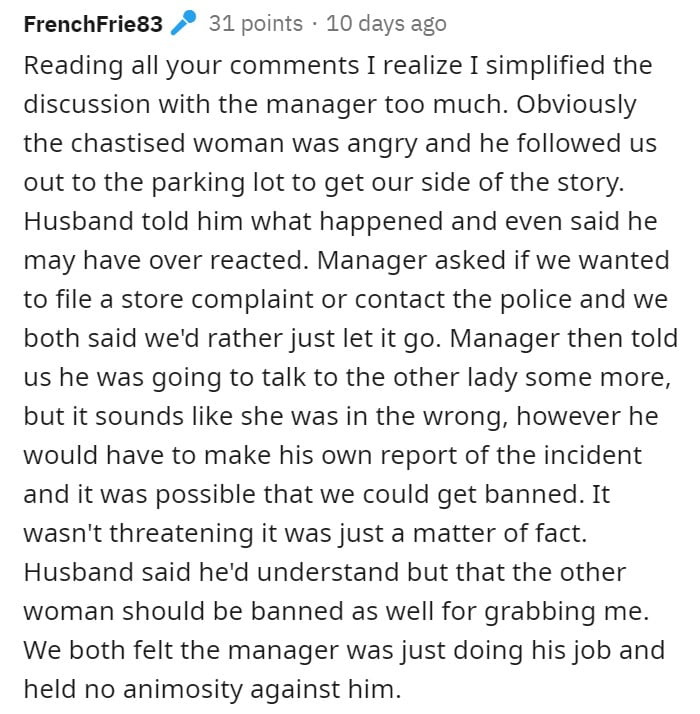 At least the older lady got the help she needed.

There is always going to be negativity on the Internet we just have to ignore that. 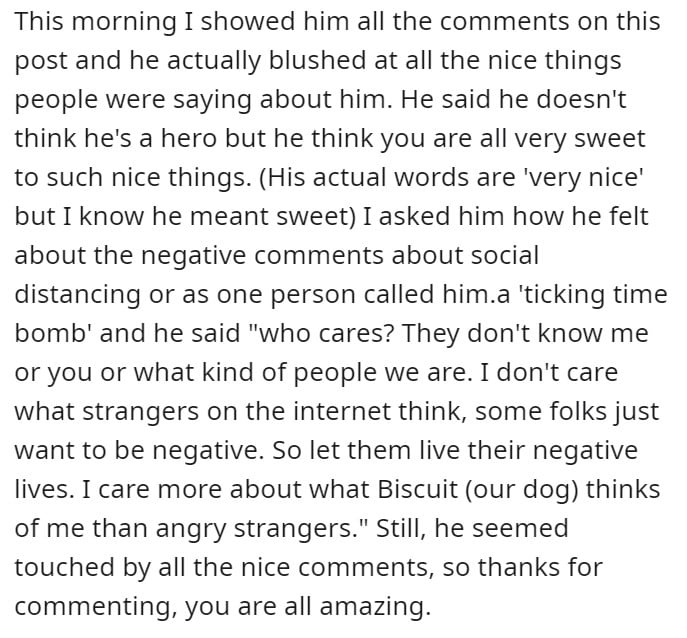 What did you think of this story? Did you thin the Karen got what she deserved or was the guy too harsh on her? Comment down below and let us know.