Marriage is not just a walk in the park.

It takes a lot of sacrifices and compromises to make a marriage work. Your life completely changes after you fully commit to living with someone and loving them for the rest of your life. However, love isn’t the only thing that you need to offer. Care, support, and help go side by side as well. If your partner lacks in some things, it is your duty to fill in those parts so you could have a successful marriage. Long gone are the days where only the husband is expected to support the family financially and the wife is supposed to do all the housework. A couple is supposed to work as a team and put an equal amount of effort into everything. If you aren’t ready to do that, you are not ready to get married.

This man on Reddit shared an instance with his wife where she wanted him to help with the housework. It was just a minor task, but the man refused to help and offered to hire a cleaner instead. He asked Reddit if he was wrong for doing so. Scroll down below to read the details of the story:

The couple has been married for two years and the husband explained that there is a shower stall that only he uses while his wife uses the bath. The shower stall started rusting and his wife asked him to clean it.

He refused to clean up and offered to hire a cleaner as it would be economically better and would save him his personal time.

His wife didn’t want a stranger coming into their house and called him lazy for refusing to do something so minimal.

This is why the guy believes he might be in the wrong.

In a marriage, you should compromise a little bit just to stay on good terms with your partner. His wife didn’t ask much for him. It does not take a lot of time to clean up the shower. I doubt he will lose a million dollars just because he spent a day cleaning up the bathroom. It seems more of an ego issue here. 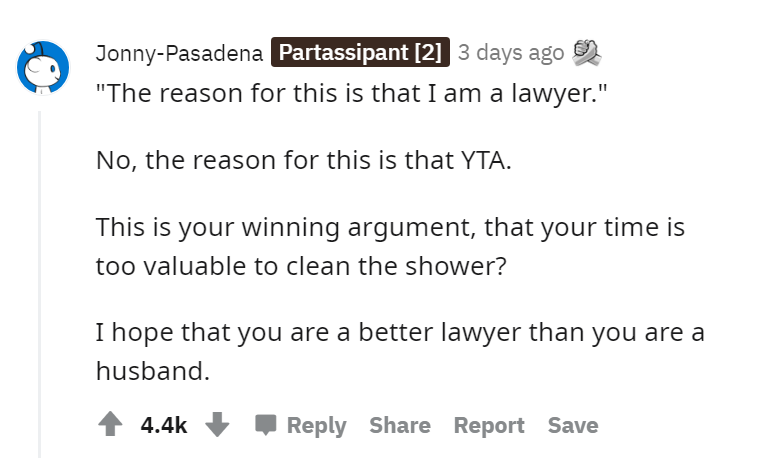 This Redditor tried to explain why he was wrong by explaining the issue from his wife’s perspective. 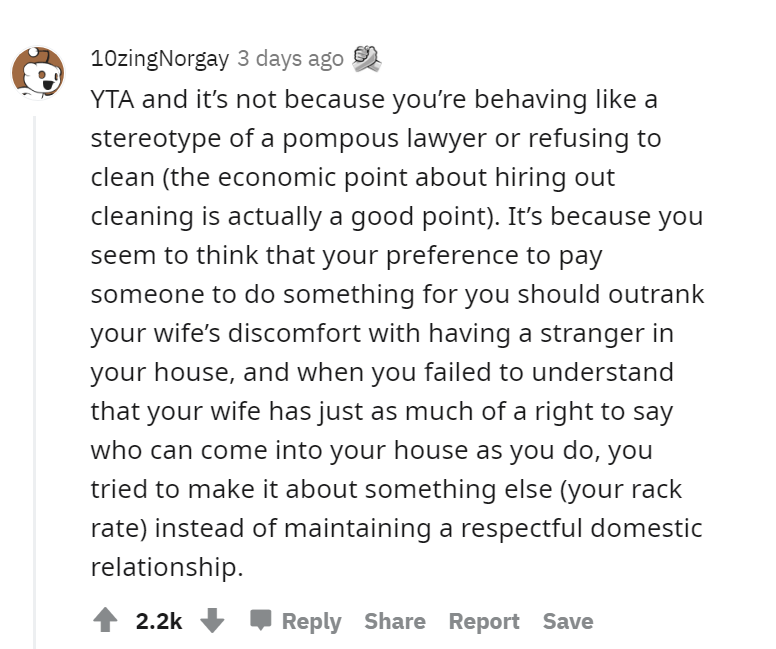 The man realized after that explanation and said he would apologize to his wife.

If it is his mess, he should be the one cleaning it up. 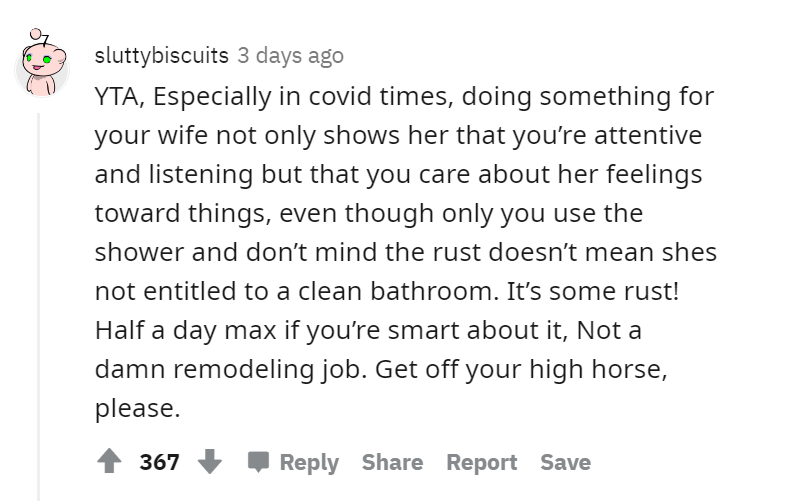 Everyone on the Internet asked him to get off his high horse.

One Redditor suggested that the problem might have deeper roots. 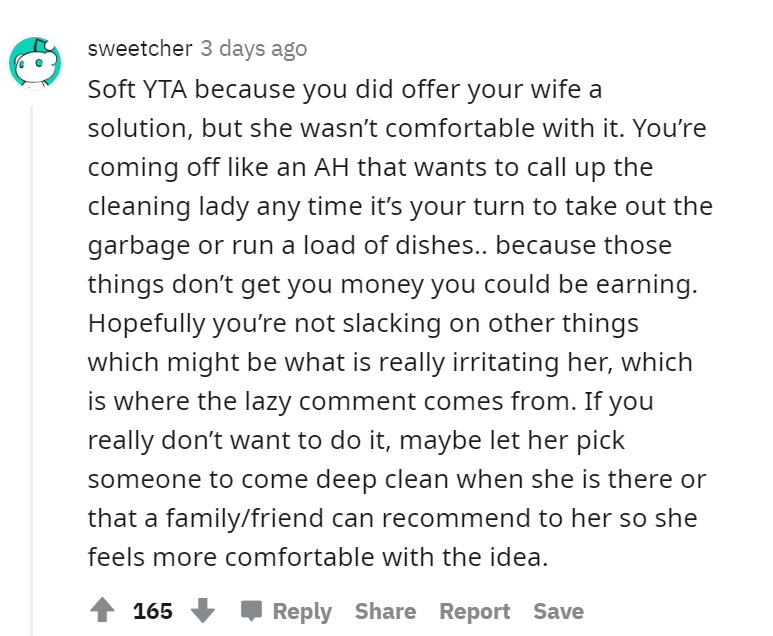 The man also explained that he helps with other things around the house. 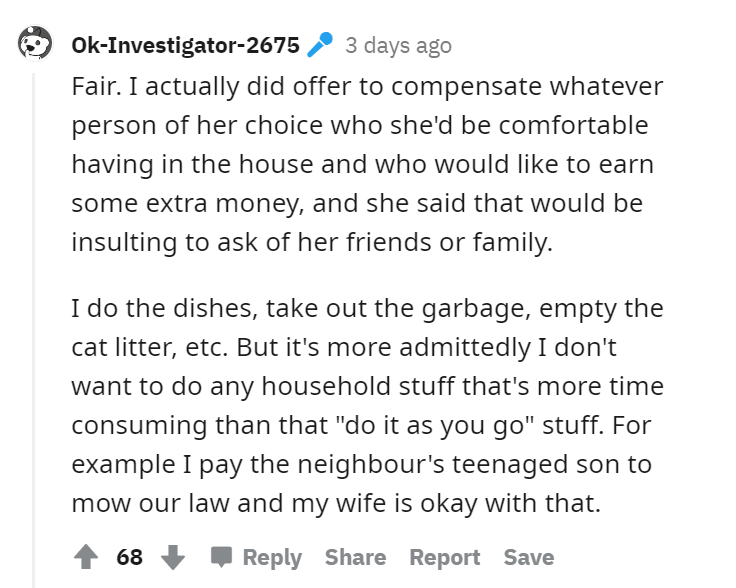 Who do you think is in the wrong here? Should the man clean the shower himself? Is his wife’s anger valid? Share your thoughts with us in the comments below.