Sexist people are the worst.

The world is already bad enough for women, and being surrounded by sexist people just makes it even worse. There was a time when women would hesitate to work in whatever field of life they wanted. It is 2021 and there are still issues regarding women in the workplace, such as equal pay and sexist uniforms. The world doesn’t even try to make it better for women. The least you can do is treat them like you treat men. How hard can that be? The thing is, people are clueless about women’s rights and they don’t seem to care enough to educate themselves on it. We can deal with sexist people by bashing them and teaching them a lesson, but what can we do if one of those people is your own boss?

This Reddit user shared her experience of when she was heavily pregnant and was working for a manager who had issues with her uniform. Even though there was nothing wrong with her uniform, the manager made the workplace a living hell for her. However, she decided to comply maliciously, and it worked out well for her. Read the details of the story by scrolling down below:

The woman used to work at a pet store where they had a policy for employees to tuck their shirts into their khakis. However, pregnant females were exempt from this. 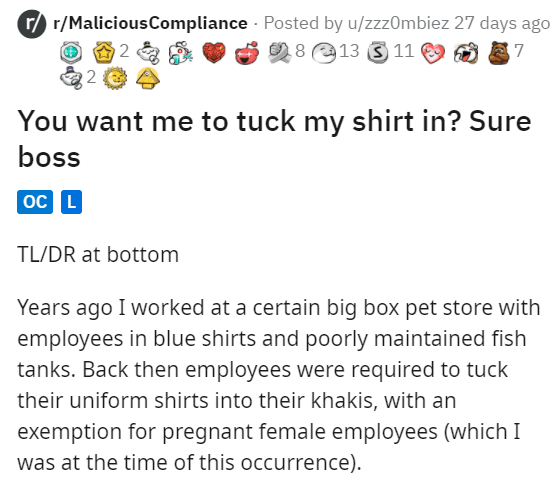 So the woman worked at the registers without her shirt tucked in, but her new manager had a problem with that and called her and another pregnant employee to his office. 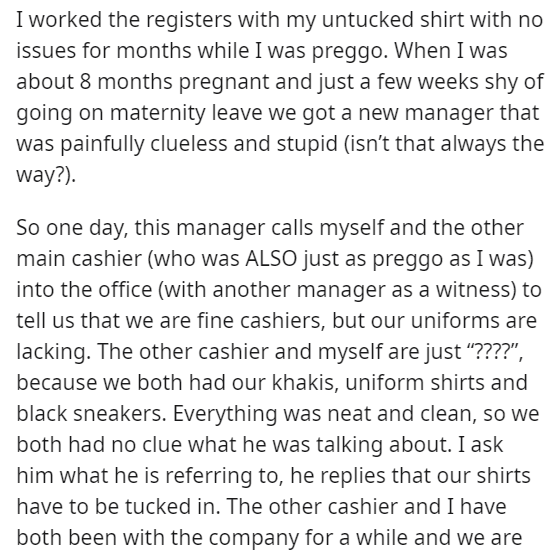 He insisted that pregnant women were included in the shirt-tucking policy and that they weren’t exempt from it. Even though another manager was witness to this and sided with the pregnant females, he didn’t listen to that manager either. 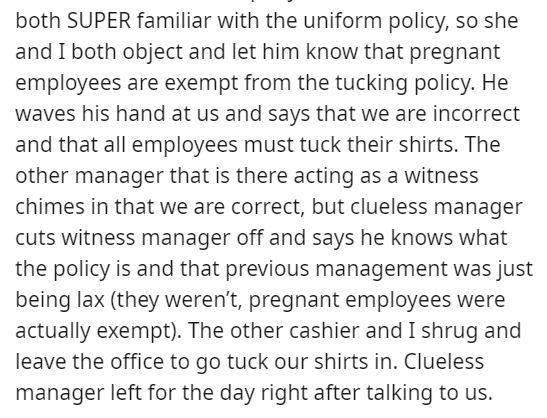 So, the ladies decided to do exactly what he said, which would turn the tables for him. 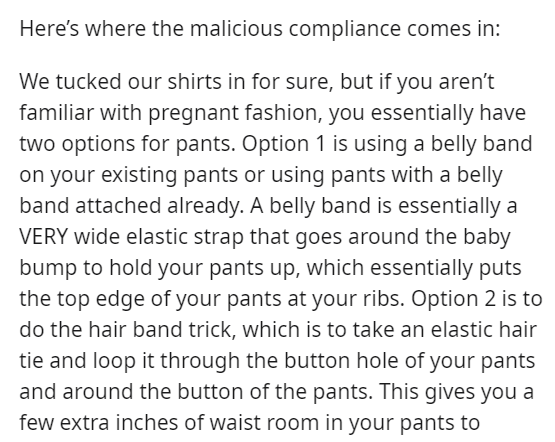 If you tuck in a pregnant lady’s shirt, it won’t be much of a pleasant view. 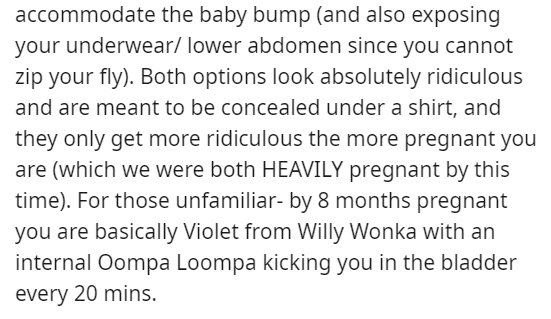 So the two pregnant employees did what the manager said and they looked absolutely ridiculous. Customers and coworkers felt bad for them and a lot of complaints were filed against the manager and the company policy. 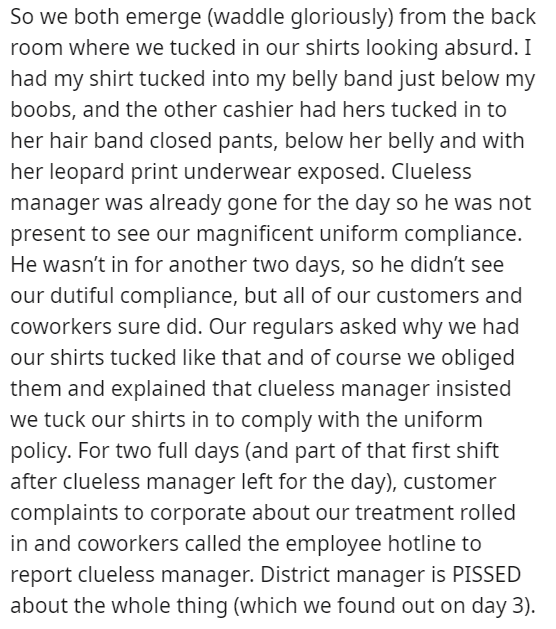 When the manager saw this, he bashed the employees but was stopped by the district manager who was absolutely furious to hear all the complaints. 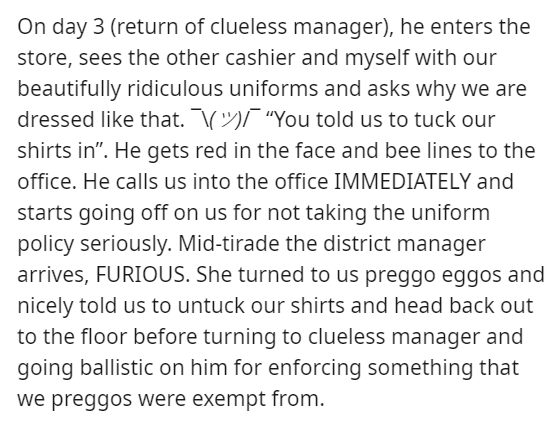 The employees were allowed to untuck their shirts and the manager was confronted with all of the complaints that the district manager received. 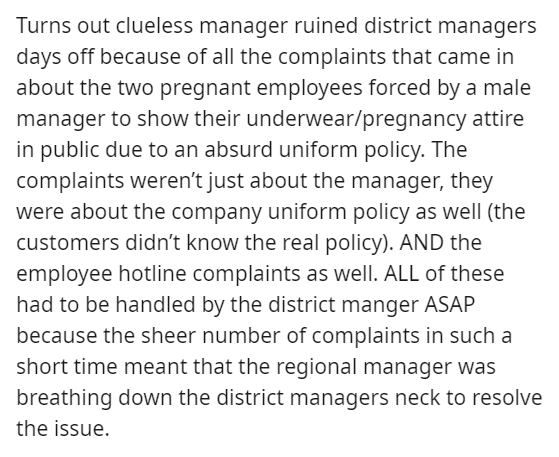 The employees received lunch and an apology. They also had their stools taken from their old manager a while back. They were given the stools back and the manager was fired. 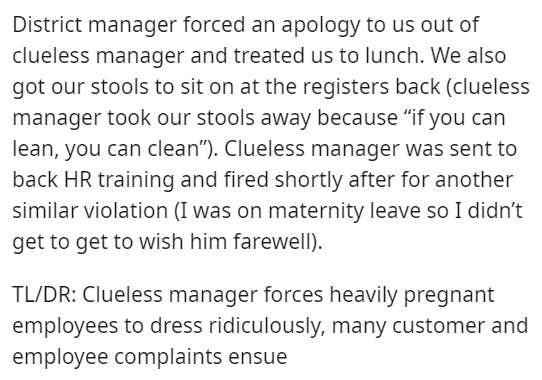 It seems like the manager didn’t just have problems with pregnant women. He had beef with everyone. 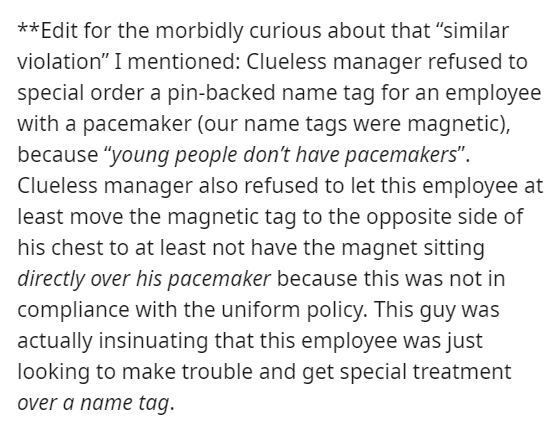 Now, this is what I call ridiculous. How clueless can this manager be? You have to be living under a rock to not know these things. The manager’s ego led to his downfall, and rightfully so. No pregnant woman should be forced to do these things while already working in such a condition. We appreciate these women for what they did. 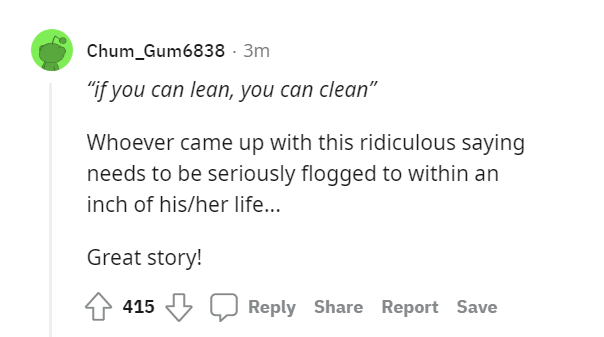 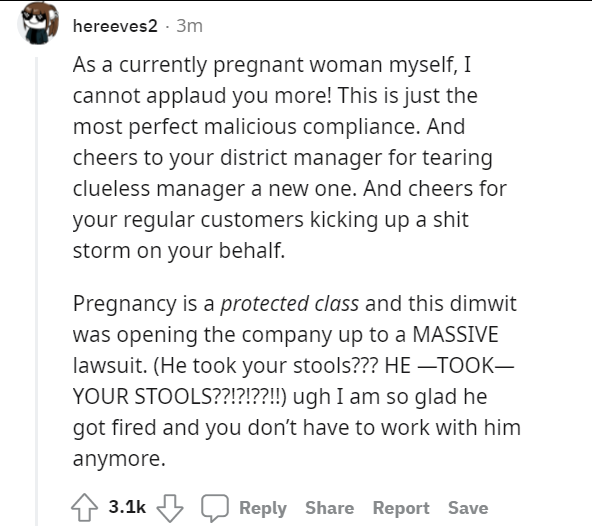 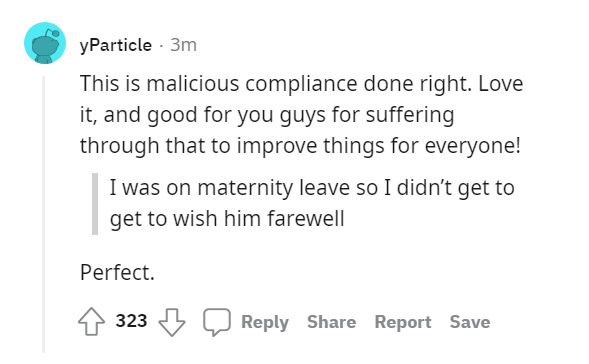 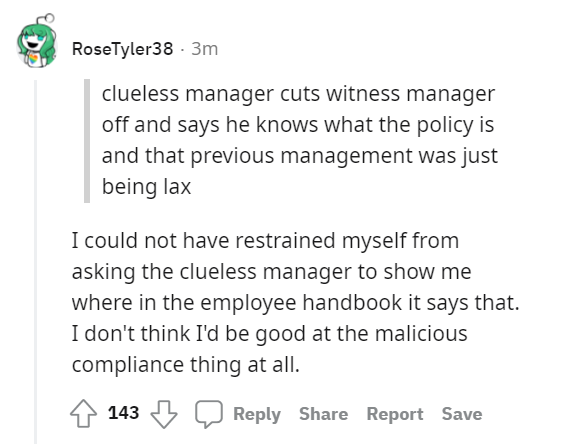 Do you think the women dealt with the manager the right way? Share your thoughts with us in the comments below.