Can the rich stop feeding off the poor?

This world is going to hell. The rich are getting richer and the poor are rotting away. The rich step on the poor to reach even new levels of wealth and leave the poor crippled. There is no such thing as empathy or compassion left in the world. Even in 9 to 5 jobs, you can work your butt off and get almost nothing in return. That is the sad reality of the world these days. Employers will make you work long and hard and pay you something that won’t even last the entire month. This is why so many people live paycheck to paycheck and don’t have the luxury of saving up or investing for themselves. These hardworking people deserve better than that. We feel especially bad for waiters. They work so hard and earn almost nothing. They never get the money that they deserve due to the ridiculous minimum rage. This is why we encourage everyone to leave tips when they eat at a restaurant. However, it is also the restaurant’s duty to take care of its employees and pay them a fair amount.

This restaurant put up a flyer demanding people to leave tips for waiters. The flyer caused outrage on social media and for all the right reasons. The restaurant had the audacity to defend itself, but they got absolutely destroyed for it. Read the entire thing down below:

This was the ridiculous flyer that was put up in the restaurant. The nerve of some people! 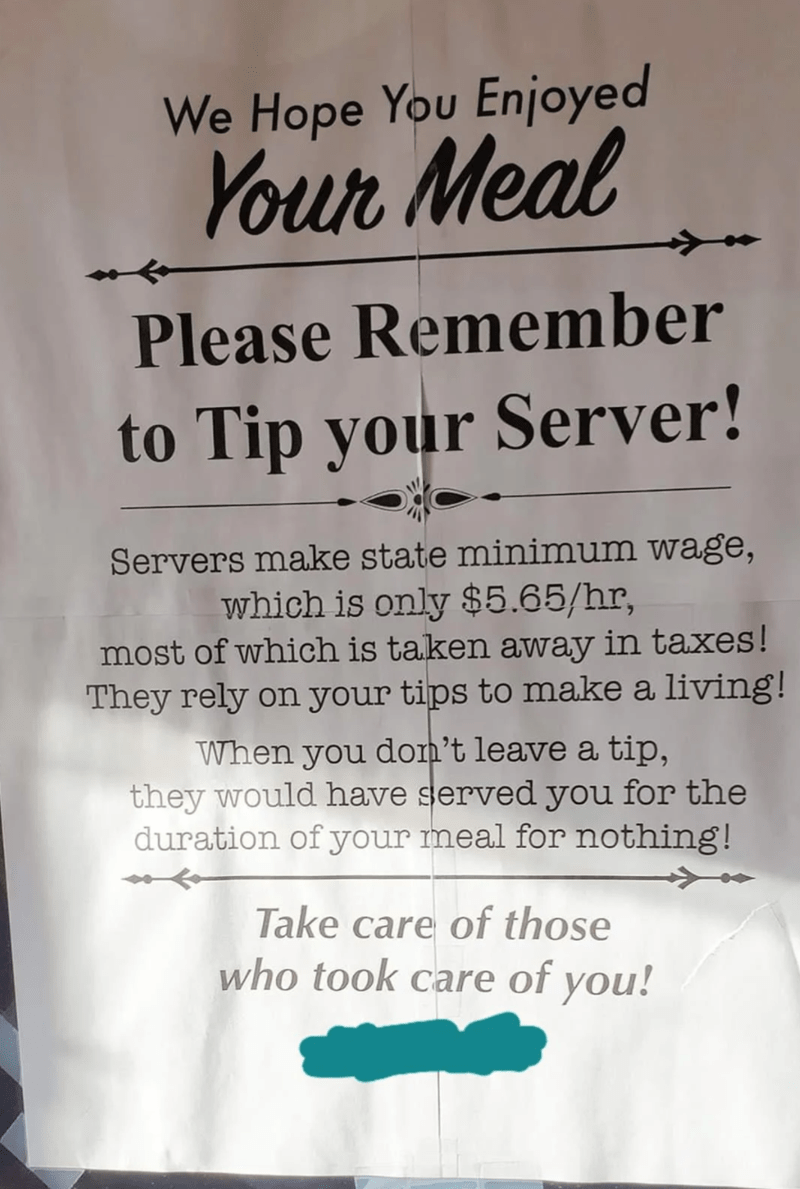 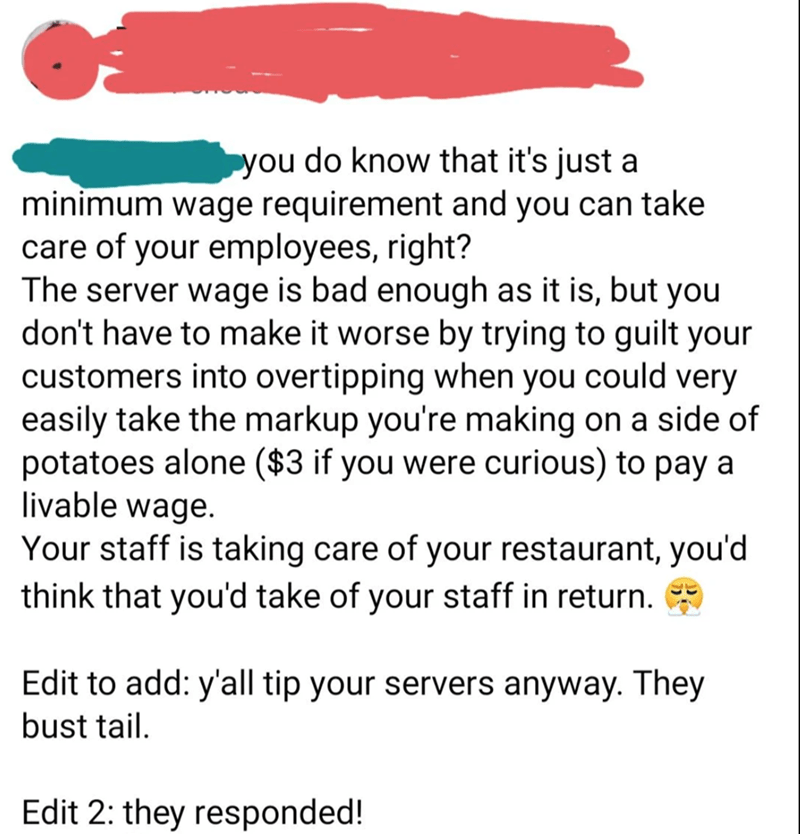 People were enraged even more when the restaurant responded, saying it is bold of us to “assume we don’t take care of our own.” 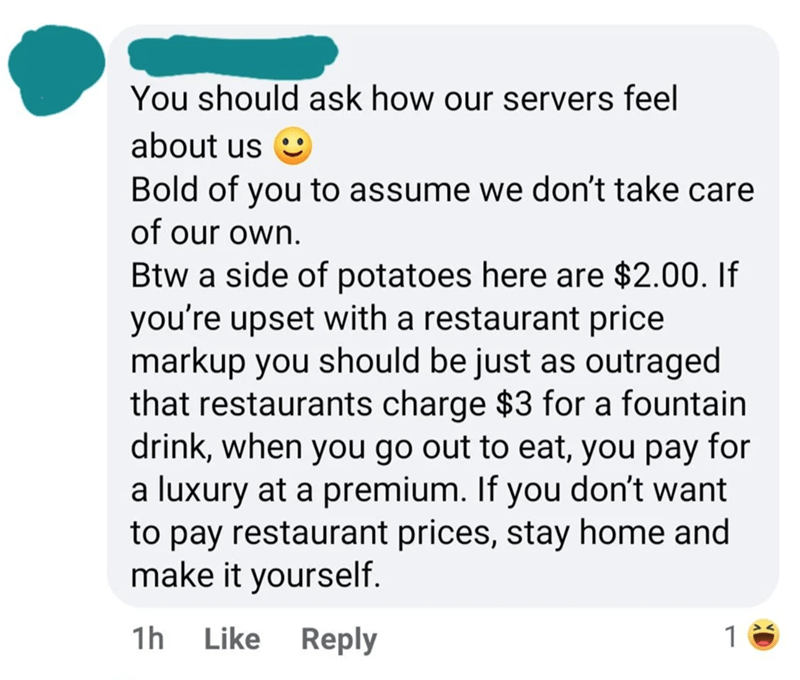 They are literally outing themselves and then having the nerve to guilt-trip their customers into tipping. 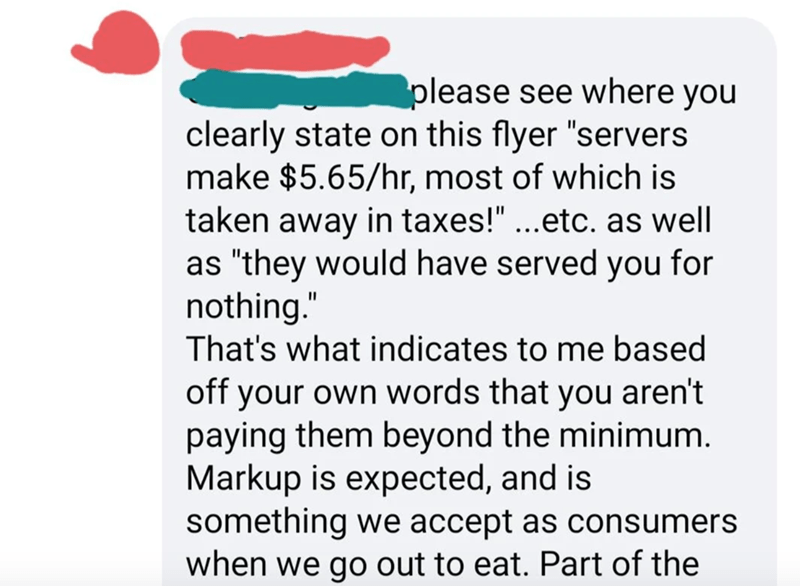 They really did make themselves look like complete idiots. Common sense really isn’t common in people. 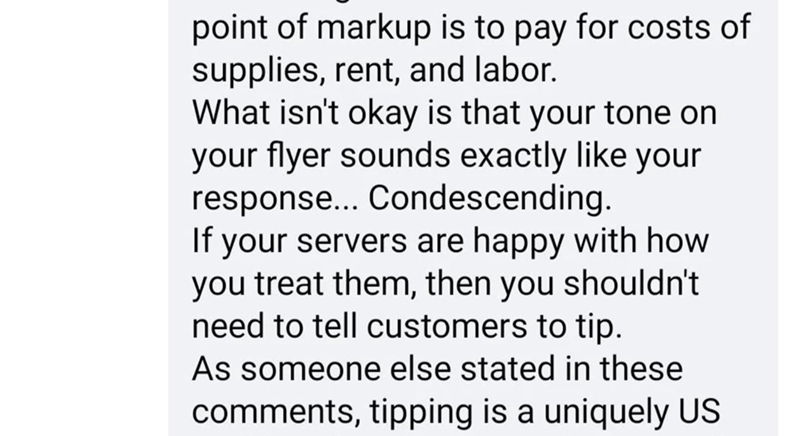 There are a lot of problems in restaurant culture.

Servers need to be tipped because their employers don’t pay them enough! 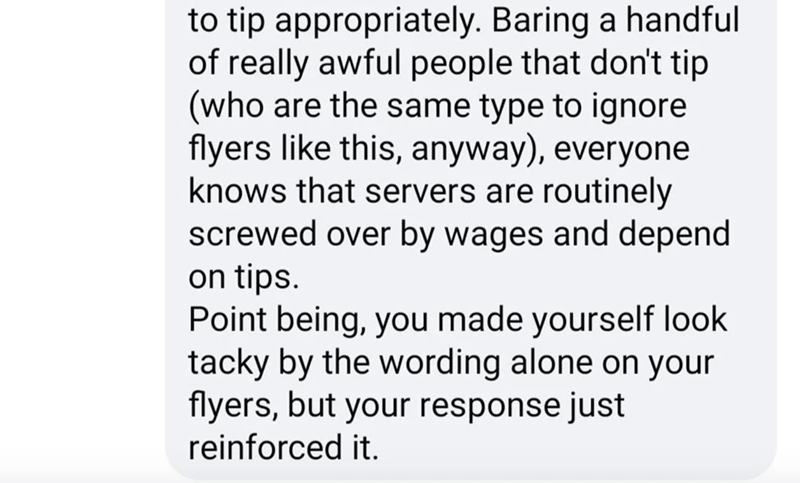 It’s called minimum wage, not the maximum wage. These restaurants could easily pay their employees fairly for how hard they work, but instead, they encourage the customers to pay tips just so that they can earn a decent amount. Sounds messed up, doesn’t it?

The sign really was abrasive. I don’t think they even thought this through. They were bashed for it on the internet, and rightfully so! 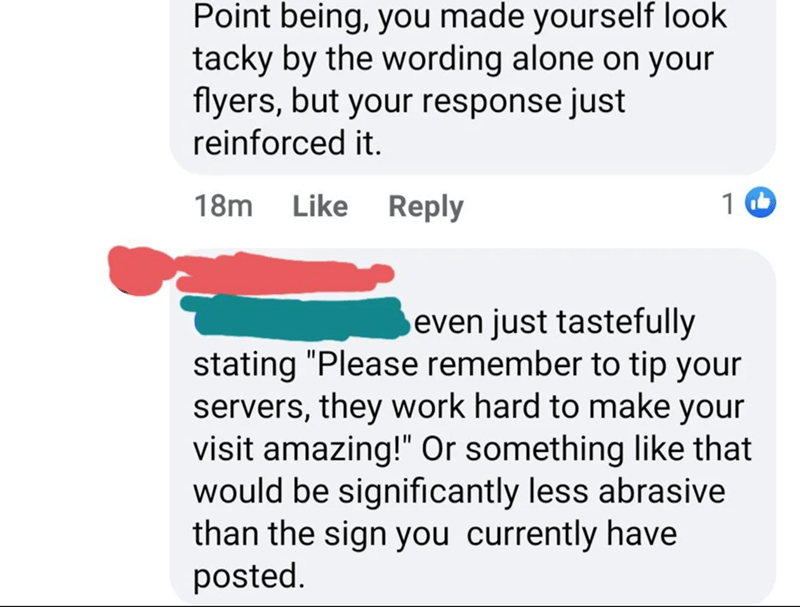 What are your thoughts on the minimum wage? We agree that everyone should tip their servers, but it is also the restaurant’s duty to take care of its employees. Do you agree with us? Share your opinions with us in the comments below/