Marriage takes a lot of teamwork.

Marriage is a rollercoaster ride. You can not expect everything to run smoothly. There will be ups and downs, misunderstandings, and arguments. However, even with all these problems, it is essential for the couple to maintain love and respect. Without these two things, the marriage will eventually fail. There should be no compromise when it comes to a partner’s privacy or respect. Just because you are married to someone does not mean they are entitled to your autonomy. You are not giving yourself over to your spouse. You are only committing to love them and live with them for the rest of your life. A lot of people seem to believe if you love someone, you have the right to invade their privacy.

This woman on Reddit shared her struggles of trying to get pregnant. She had been taken frequent pregnancy tests and had failed so far. She took some tests without the knowledge of her husband, and he was enraged when he found out that she didn’t tell him or involve him in the process. Scroll down below to read the story:

The couple had been trying to have a baby for about half a year but failed.

The wife was finally a little late for her period so she decided to do a home pregnancy test at home twice.

She didn’t inform her husband both these times. So when he found out, they had a huge argument and now he refuses to talk to her.

She explained that she understood why her husband was upset, but argued that she just wanted to get done with the tests as soon as possible.

She then asked the people of Reddit whether she was wrong for not including her husband.

This is why she thought she might be wrong:

In my opinion, she did nothing wrong. They have been doing pregnancy tests for six months and they have all turned out negative. If she tested twice without her husband by her side, what is the big deal about it? Why is he so obsessed with seeing her pee on a stick? He should be more concerned about the results and support her during this difficult time. 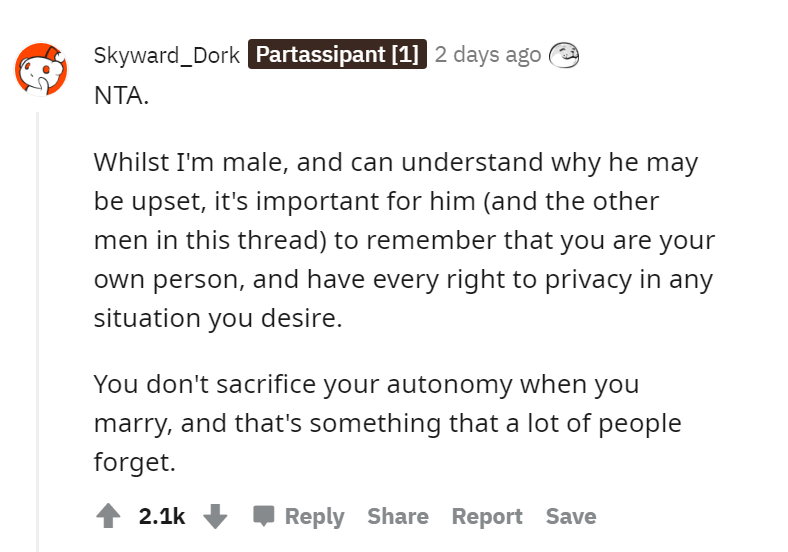 He needs to sort his priorities.

It really wasn’t that big of a deal.

Not being around you? Good luck getting pregnant then. 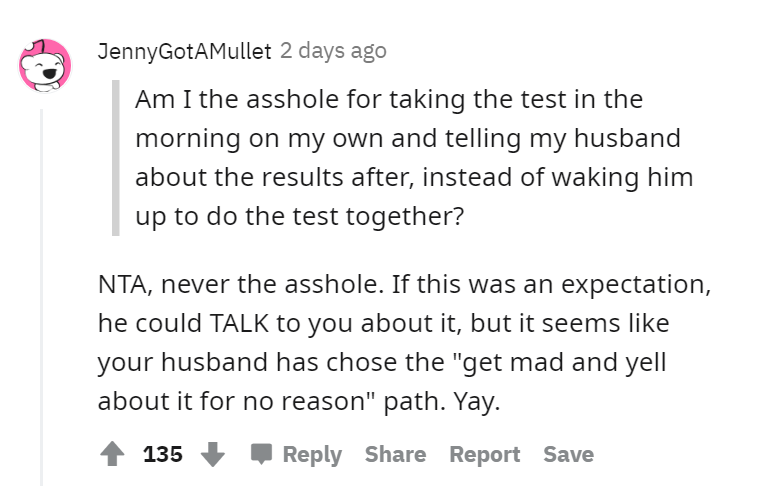 That is such an immature way to handle it.

Who do you think is in the wrong here? Should the wife had included her husband? Share your opinions with us in the comments section below.