The Office has been one of the most titular shows on the planet in recent history. Much like Friends, How I Met Your Mother, Breaking Bad, it’s among the company of the most popular shows on the planet. While yes, not a lot of people are a fan of this, considering the fact that there are some objectively better shows out there, but the point of how good something remains entirely subjective. It’s the immense popularity and binge-worthiness of the show that made it so famous.

This is why there are countless, and I do mean countless, iterations of the show and pop culture references to it. People just can’t have enough of it, and ever since Netflix took it off, there has been an unsurprising dip in popularity. After all, Netflix was the reason why the show got as much traction as it did in the first place. That’s why, someone with the username Childish Sambino (A brilliant name) who goes by the tagname “@samzmith” decided to make The Office characters if they were dogs.

#1 It started with this 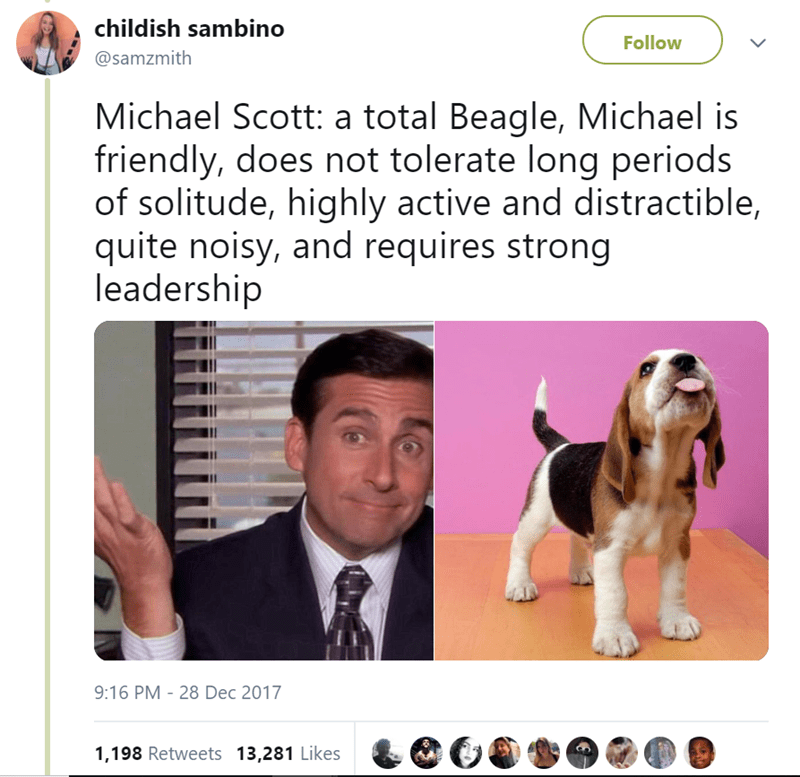 A small foxhound and has large brown eyes, hanging ears, and a short coat, usually a combination of black, tan, and white. The beagle is a solidly built dog, heavy for its height. It generally excels as a rabbit hunter and is typically an alert, affectionate dog. There are two sizes recognized in the breed: beagles standing 13 inches (33 cm) or less and weighing about 18 pounds (8 kg) and those standing more than 13 inches but not exceeding 15 inches (38 cm) and weighing about 30 pounds (14 kg). 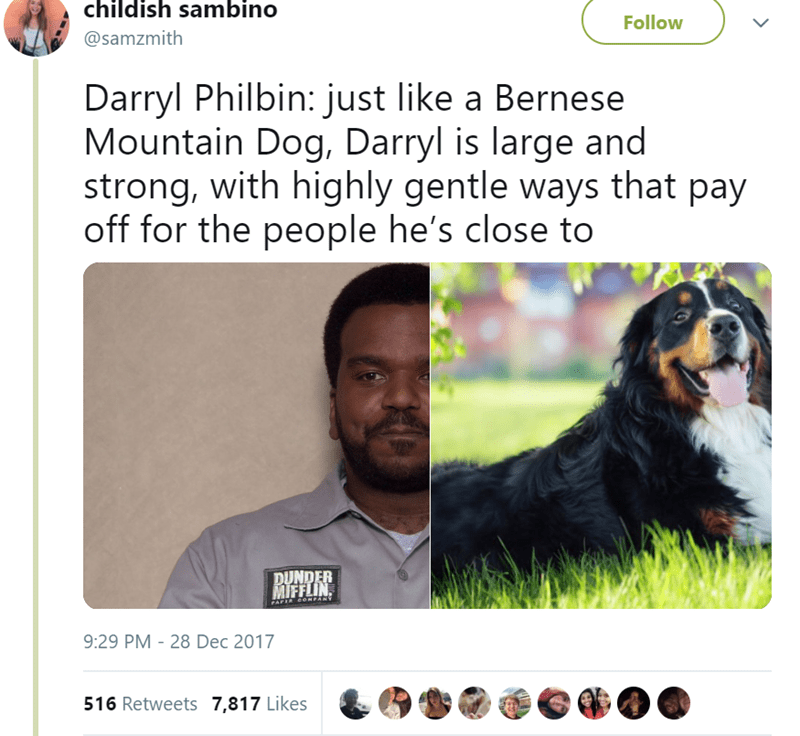 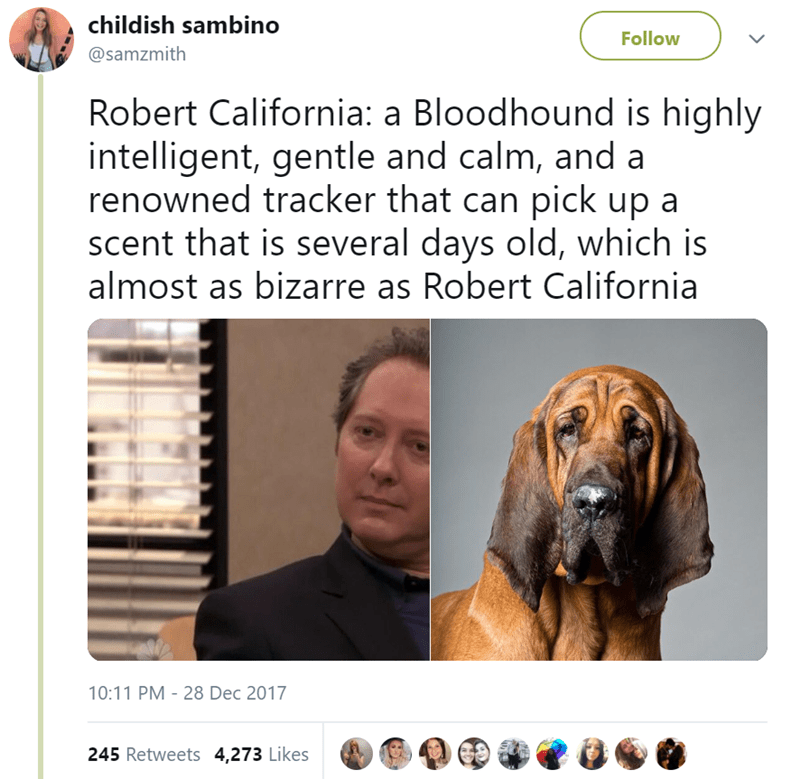 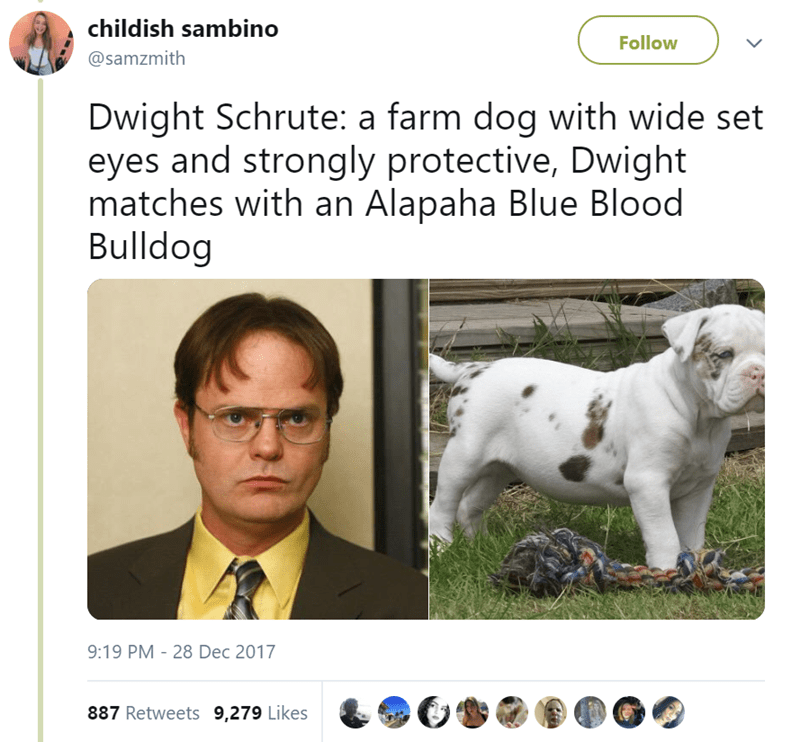 The Alapaha Blue-Blood Bulldog is one of several breeds said to resemble the early Bulldogs of England. He is a “catch dog,” whose job it is to catch, hold and drive unruly cattle and hogs, but these days he is primarily a family companion and protector. The Alapaha is a large dog, weighing 60 to 95 pounds, and has a big square head, a solid and muscular body, and a short coat in white or other colors, including brindle, trimmed with white. 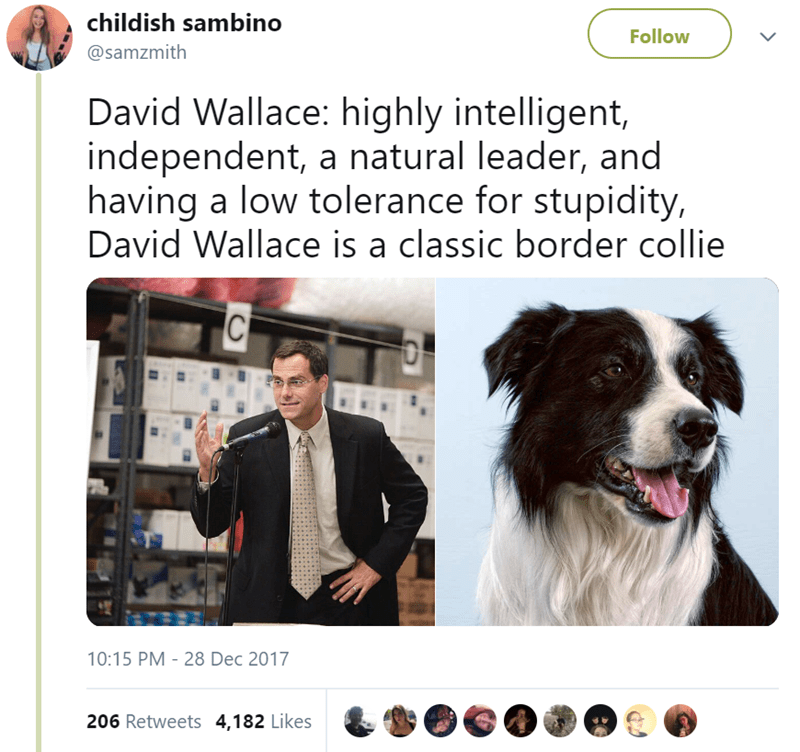 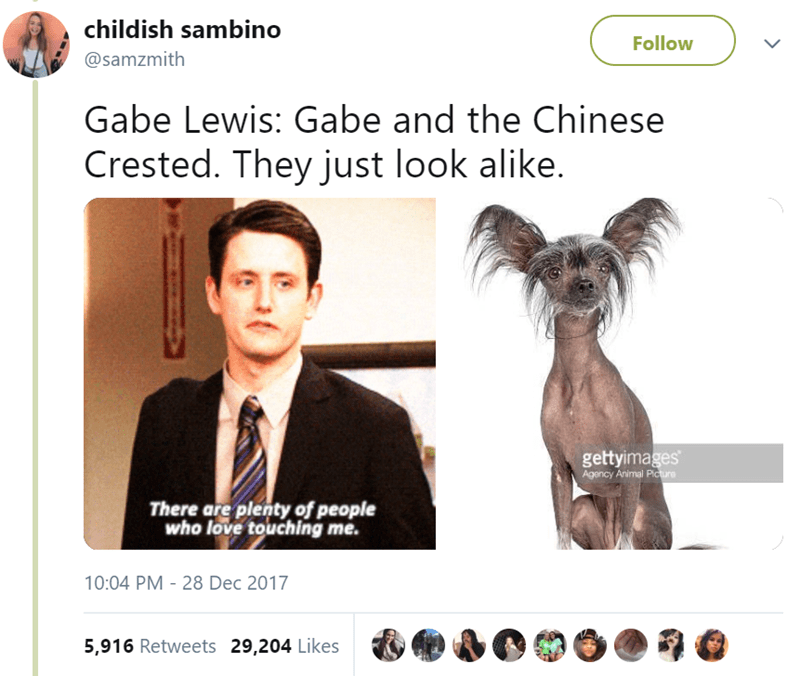 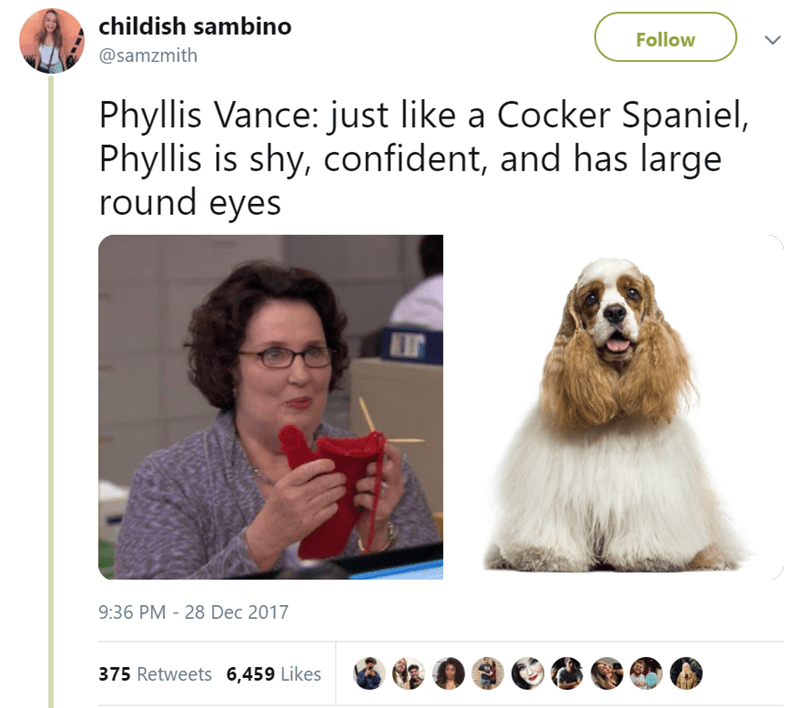 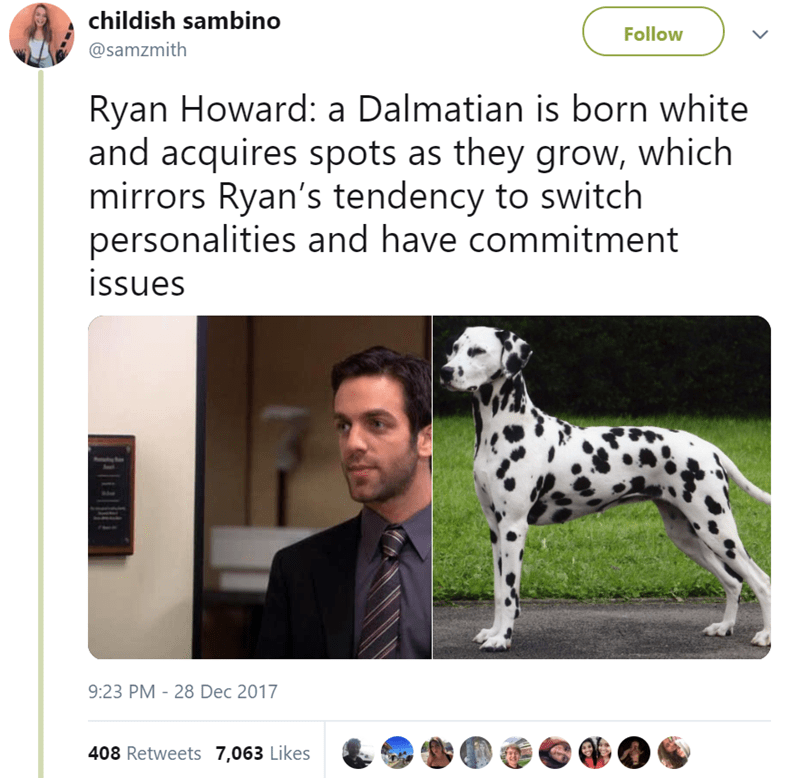 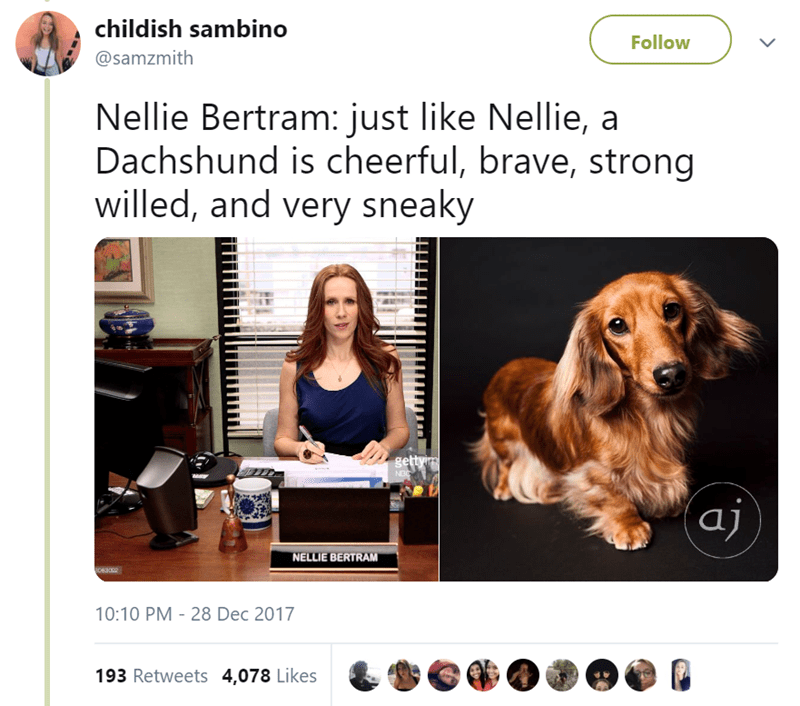 Dachshund, (German: “badger dog”) dog breed of hound and terrier ancestry developed in Germany to pursue badgers into their burrows. The dachshund is a long-bodied, characteristically lively dog with a deep chest, short legs, tapering muzzle, and long ears. Usually reddish brown or black-and-tan, it is bred in two sizes—standard and miniature—and in three coat types—smooth, longhaired, and wirehaired. The standard dachshund stands about 7 to 10 inches (18 to 25 cm) and weighs 16 to 32 pounds (7 to 14.5 kg); the miniature is shorter and weighs no more than 11 pounds (5 kg). 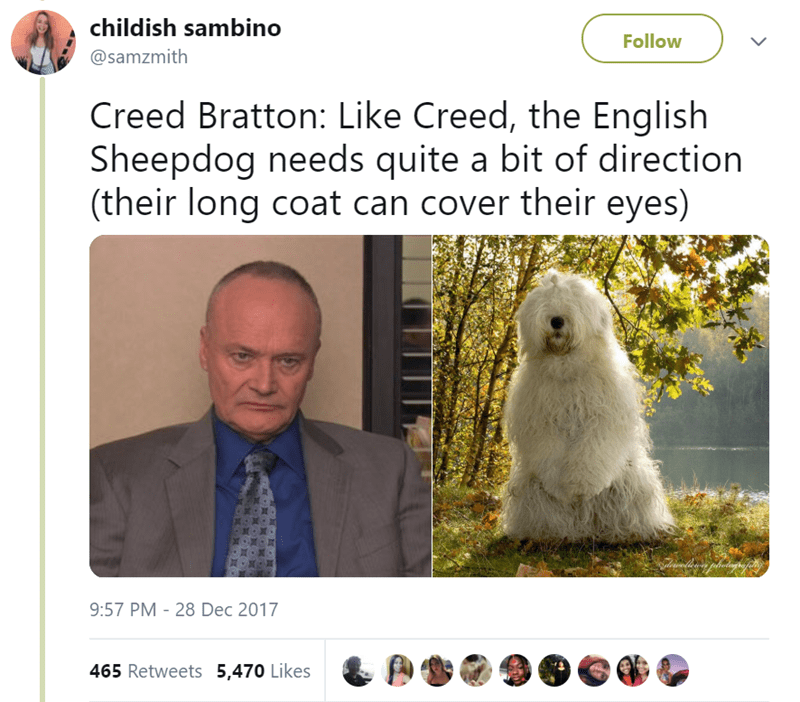 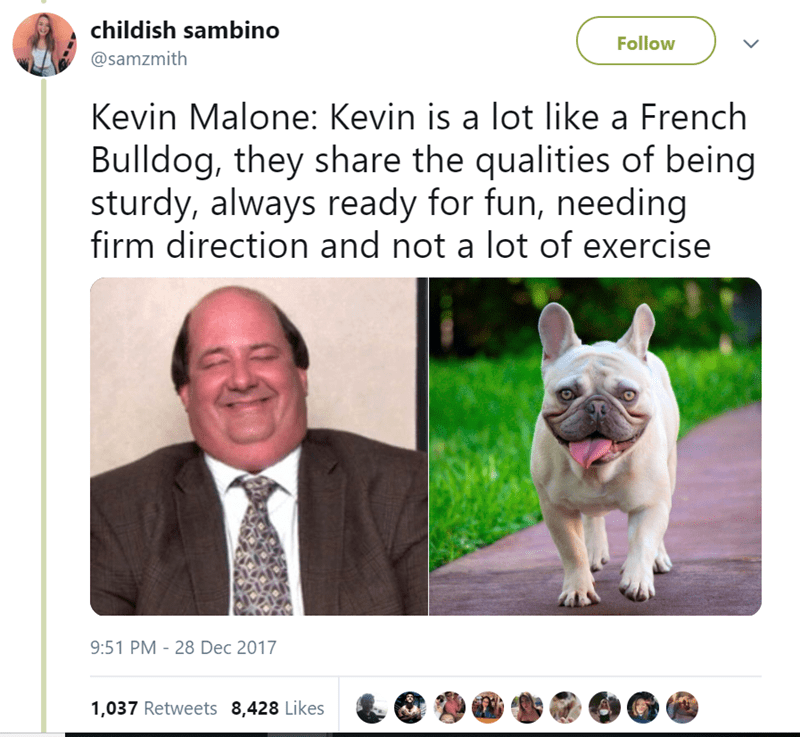 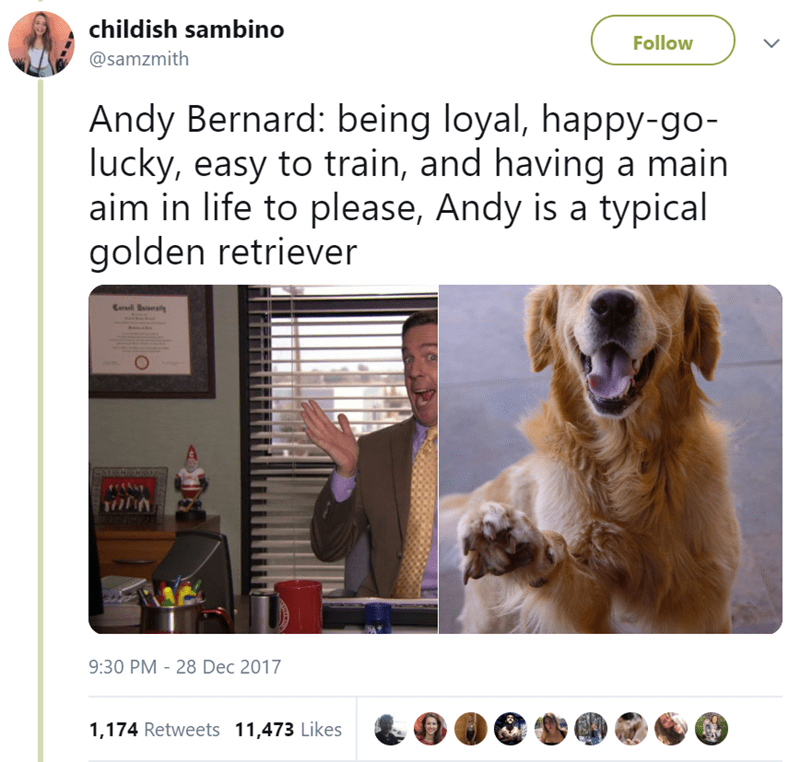 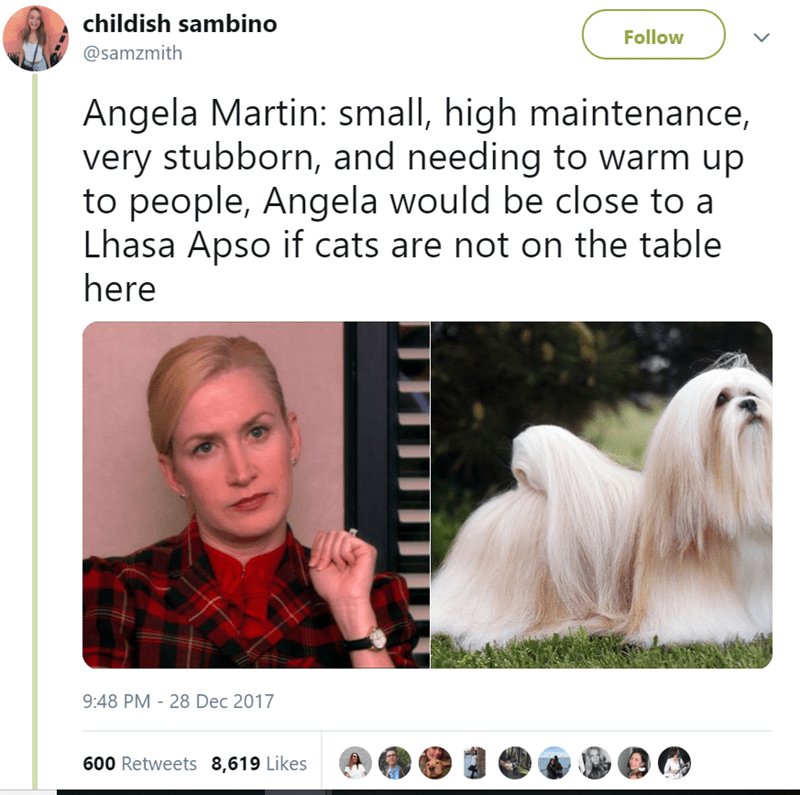 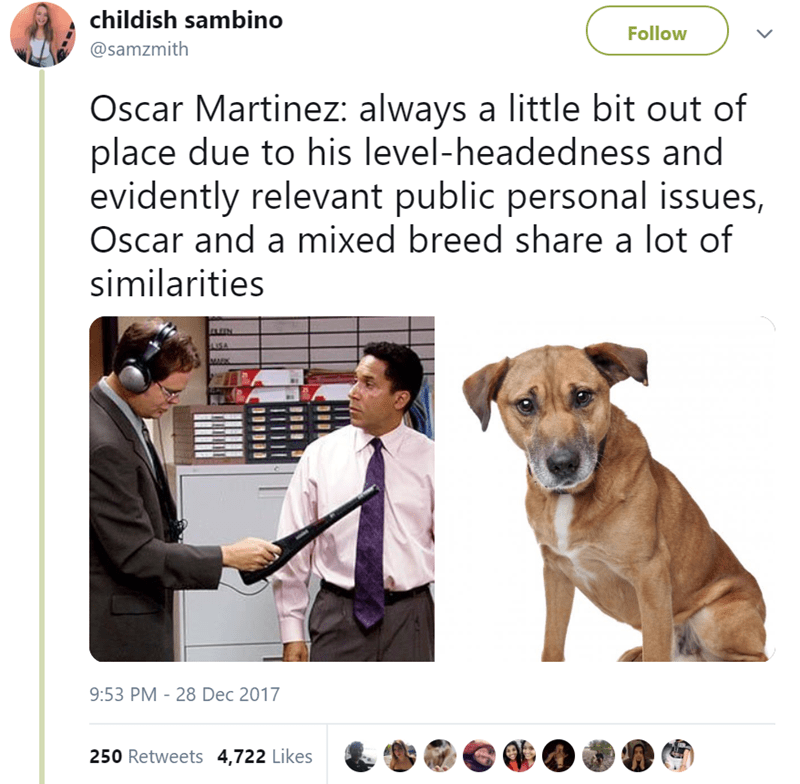 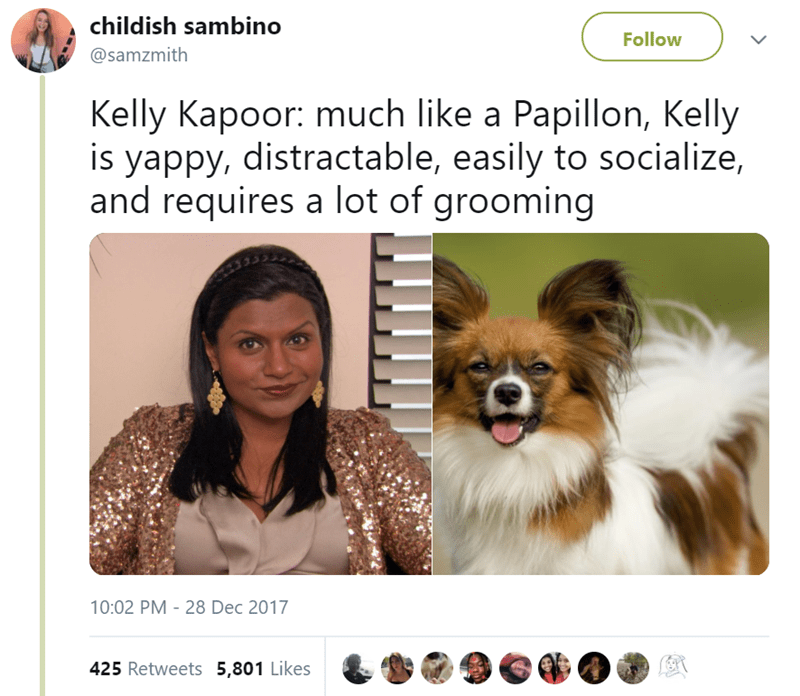 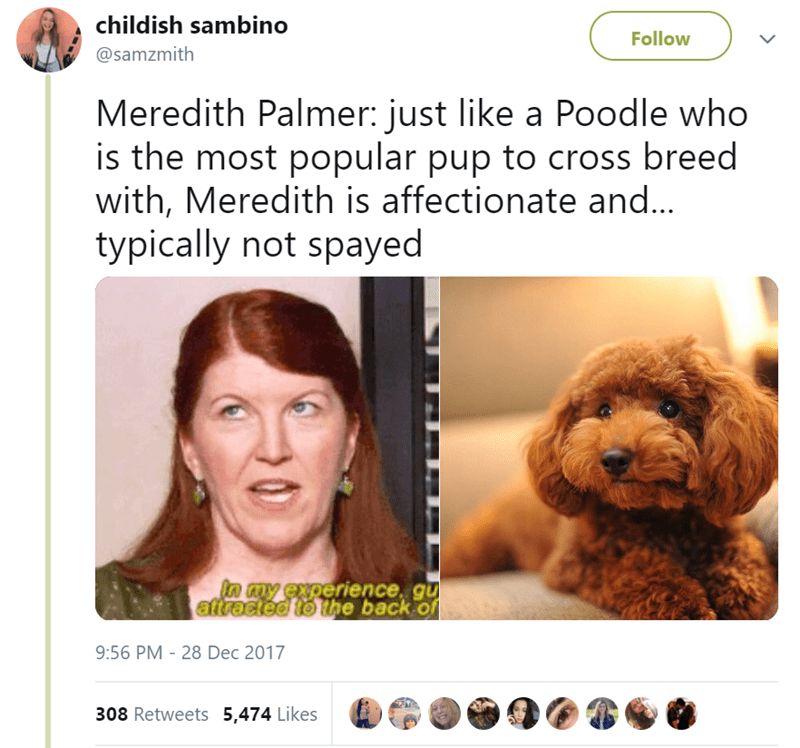 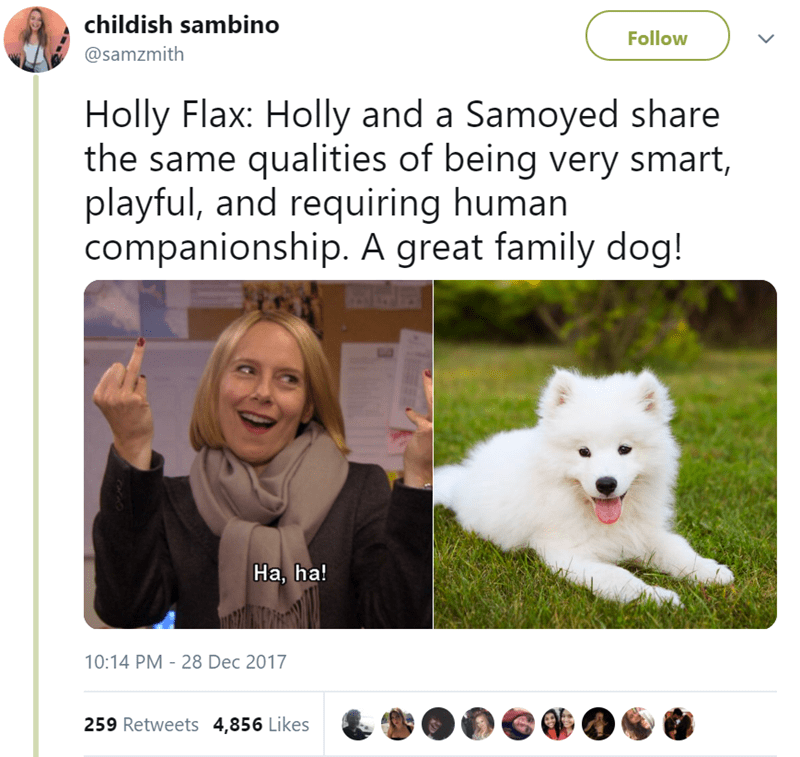 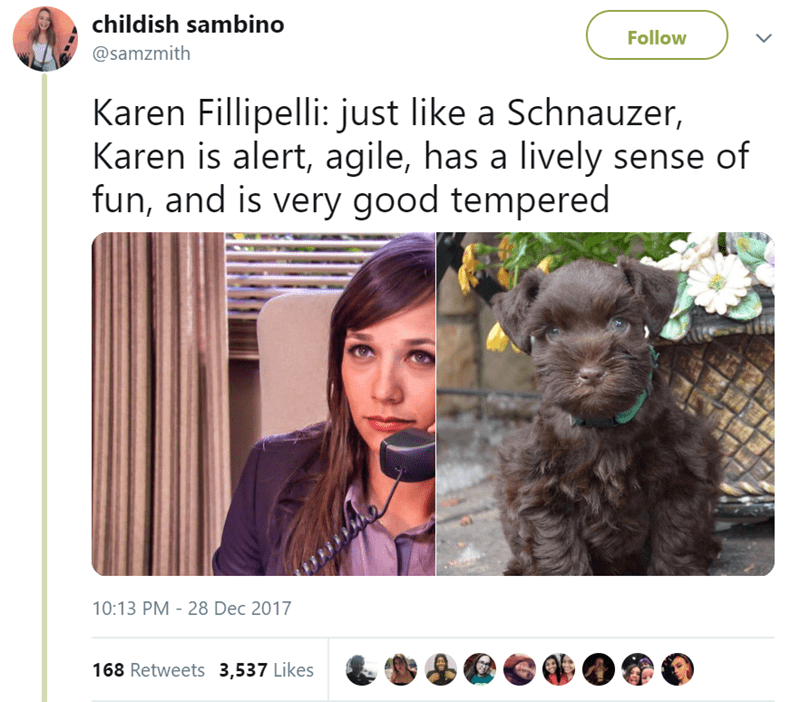 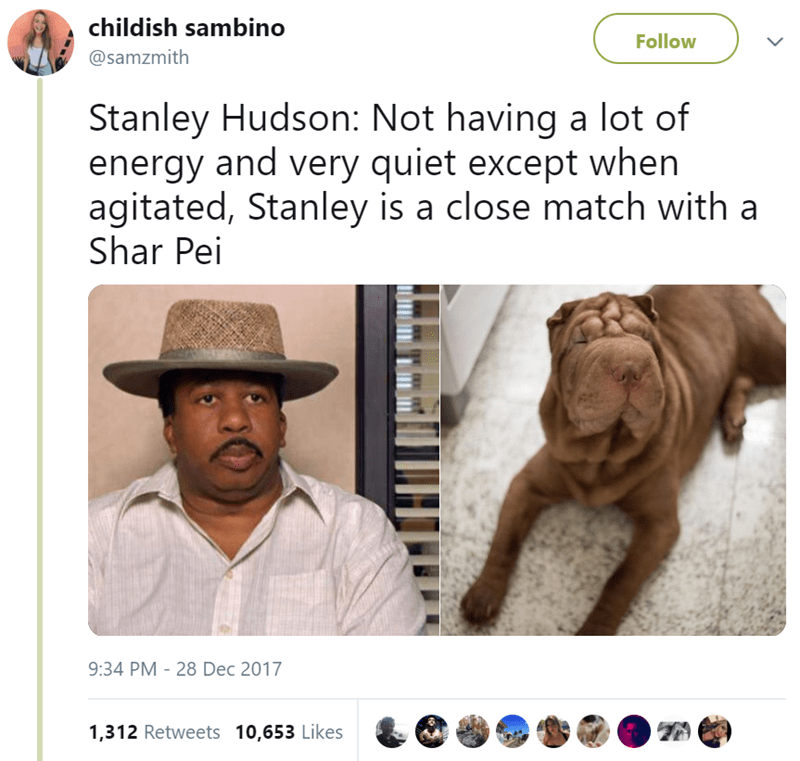 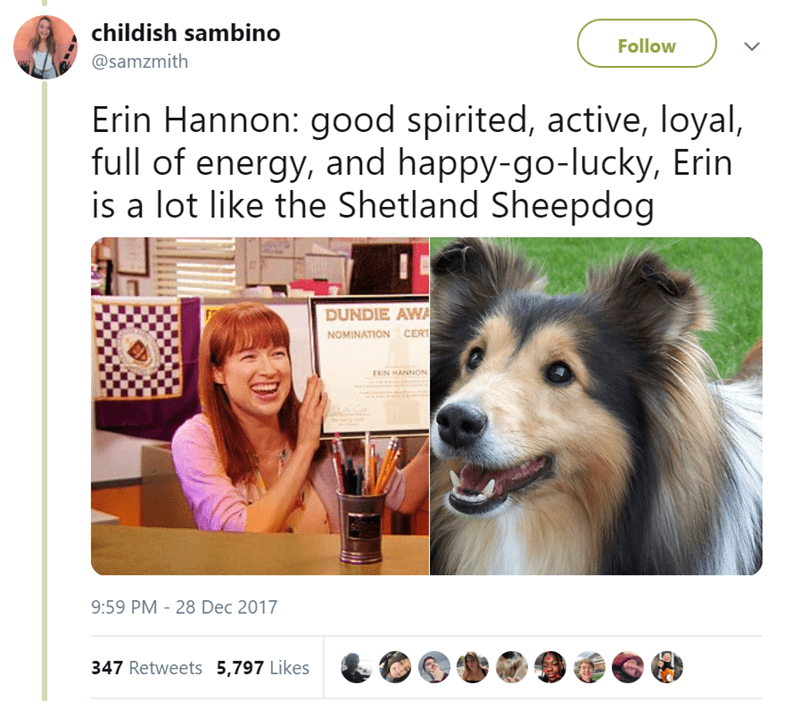 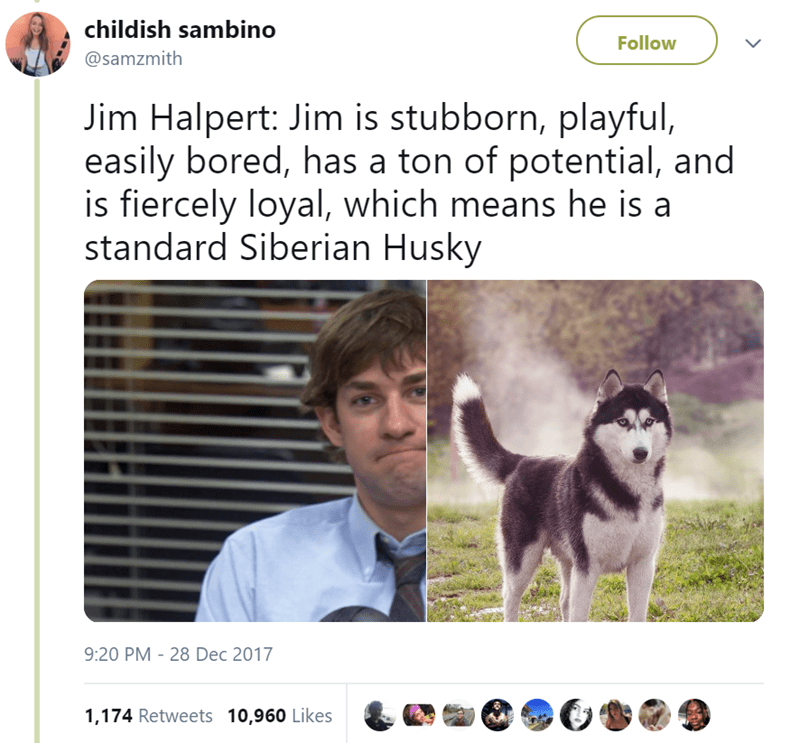 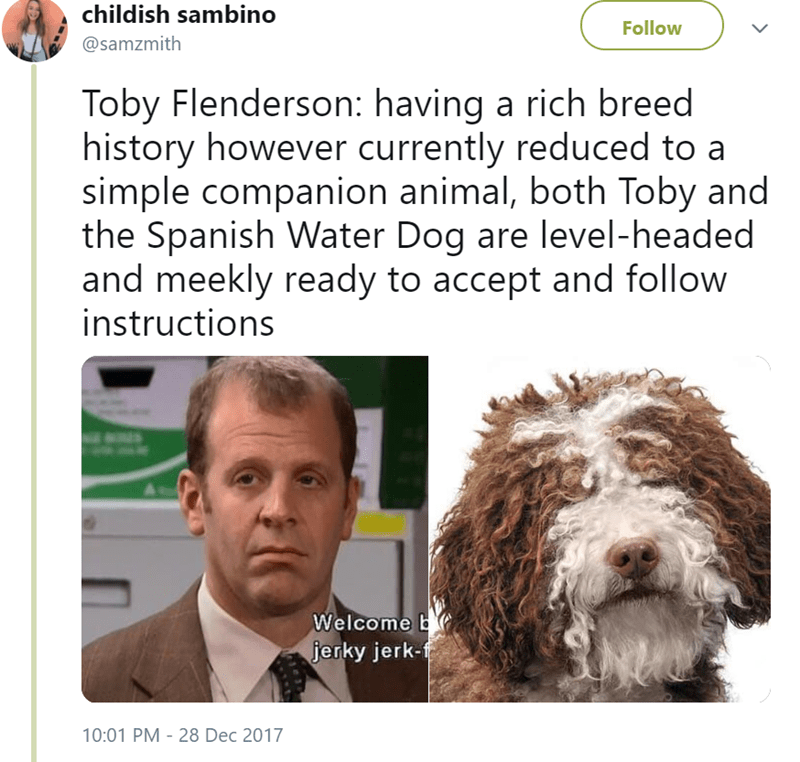 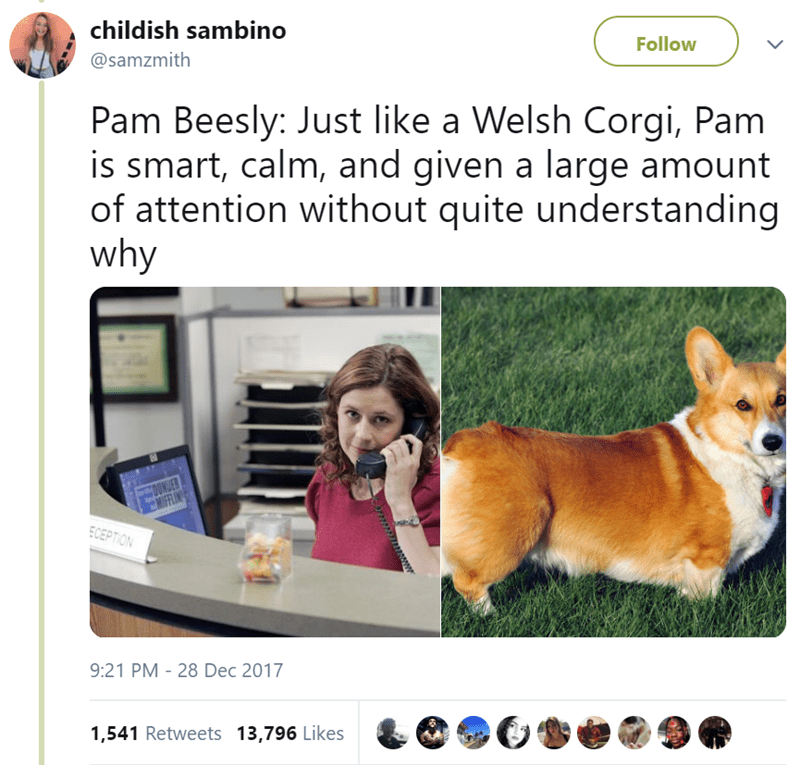 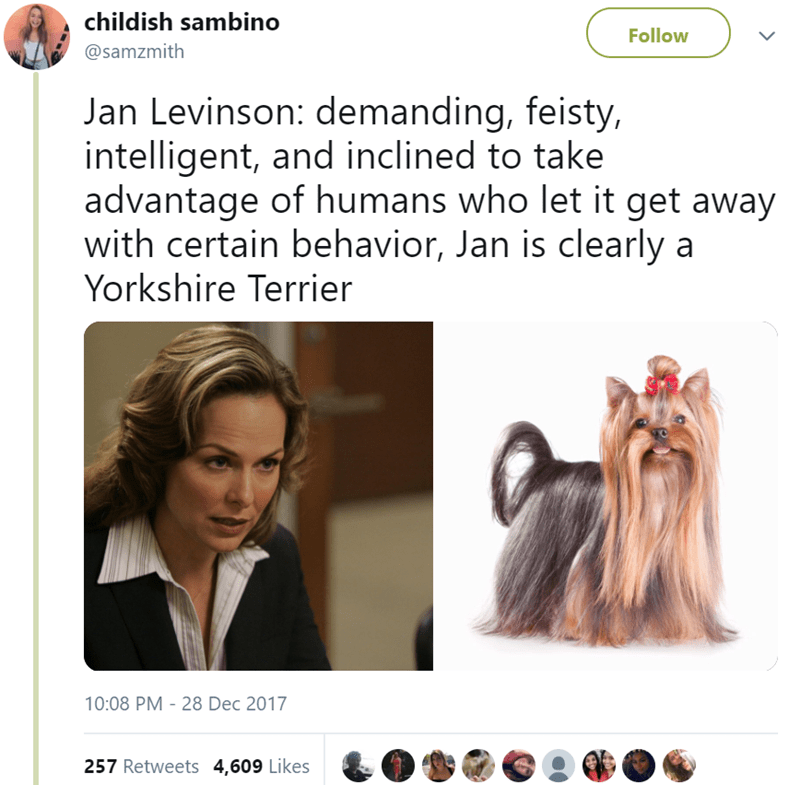 What do you think? Are you a fan of the series and agree with this? Why or why not? Tell us in the comments!