Life’s always pretty happening if you’re a cat parent. You can’t exhale a sigh of relief one after the other, there’s always something that has to happen in between. Kitties are always up to something, trying to explore anything and everything. These fuzzy felines might seem to be very innocent, dilating their pupils and letting out those delicate meows, don’t fall for these tricks. They always have something going on in those furry paws and brains!

They’ll ignore all the rules you’ve set, they don’t give a damn about them and aren’t even sorry for being like that. If you force your cat on doing something it’ll almost always do the opposite. Cats are rebellious in nature, they don’t like being dictated. They’ll drive you nuts but a single warm hug would compensate all!

They’ll pee on the carpet and still come ask for food right away like a boss, they’ll rip the toilet paper off and sleep on the toilet seat so you can’t even poop in peace, they’ll scatter the trash bags and not even feel sorry for it, they’ll break your favorite flower pot while being mad at you but you won’t be allowed to get angry by any means. How ridiculous is the fact no matter what they do you can’t be mad at them because they are just so adorable and cuddly.

Here we have brought forward hands-on owners whose kitties pulled some similar tricks on them. Get ready to burst into hysteric waves of laughter full of adore for these furry monsters!

1. Letting down those guards 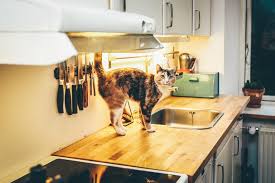 “You don’t need to neuter him, he doesn’t mark the apartment!” But my mother didn’t listen to me, and while I was at work, she took my cat to get neutered. I found out about it when the procedure had already been done and got very angry. 3 days later, when we were allowed to remove the recovery collar from the cat, and the first thing he did was mark the cabinet. © Palata № 6 / Vkontakte

3. Dirty business on the go 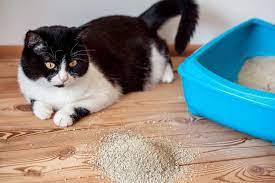 I poured cat food for the cats. One of them ran out from the litterbox to celebrate this fact, doing her dirty business right on the go. © cyber_amazon / Twitter

4. Reflection of the ancestor kitties 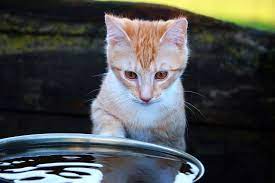 One of my cats looks at the water for 3 minutes before drinking it. I don’t know, maybe it’s normal, but the rest of our cats don’t do that. © evil_solnishko / Twitter

5. Me and my cat made a mutual decision 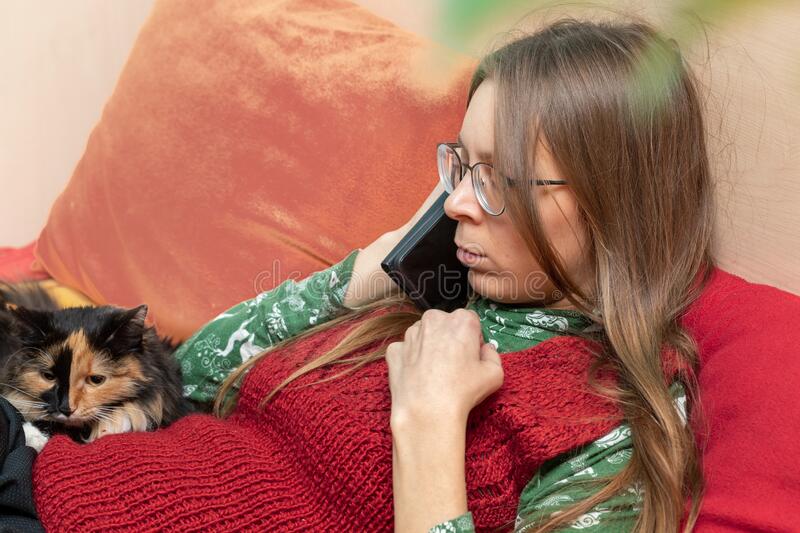 I called the vet clinic saying, “Hello, I want to sign up to get microchipped.” And, apparently, to make the silence even more awkward, I added, “To be more precise, this is what my cat wants.” © hovrashe / Twitter 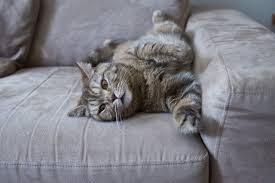 When our cat underwent surgery, she couldn’t get off the sofa by herself. That’s why, when it was time to eat, my mother carried her off the sofa to the kitchen. And even after everything had healed and she could jump up on the wardrobe, she continued to call my mother to get her down from the sofa. © nanjukgosipeo / Twitter

That stare is a silent call for help… 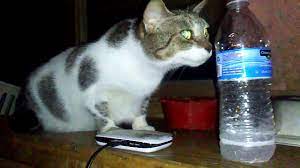 Our cat just thought that a hissing bottle of sparkling water tried to bully her and hissed at it in response. © RZekaSpiewanka / Twitter

9. Her way of expressing love 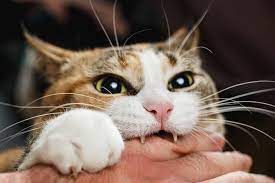 My cat uses her teeth more often than her claws. Other cats get angry and scratch people and ours get angry and bites, plays, and bites. Gets unhappy that everyone is gone and bites. You scratch her belly, she is happy, she purrs, and she bites. © TwLdOpNDn7pCiyz / Twitter 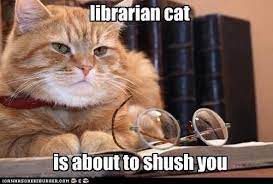 My cat really doesn’t like it when I make noise. Loud music in our apartment is unofficially prohibited, as well as loud conversations. She always tries to put things that I am moving back into their place. When I cook, clean, or do some other nonsense, she walks in circles and looks displeased. But when I sit down to read or study, she obediently lies down next to me and observes me. Sometimes, it seems like in her past life, my cat was a librarian. © Palata № 6 / Vkontakte

12. Too pure for this world 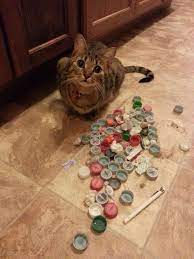 My cat loves bottle caps more than anything else in the world. Once, I was upset and was crying in the bathroom, and she kept gathering her bottle caps for me and dropping them at the door. We don’t deserve cats… © nohoomans / Reddit

13. Struggles of a cat parent 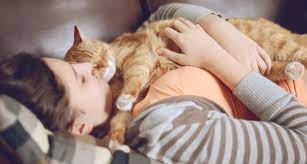 I met a neighbor after work at the entrance lobby. She began asking me about my children and expressed a desire to get to know my little ones as soon as possible. She said that I sing lullabies to them before they go to bed very beautifully. Of course, I thanked her but cleverly avoided the necessity to answer. I do sing songs, but not for children. I do it for my cat, who won’t lie down with me without a special invitation. © Palata № 6 / Vkontakte 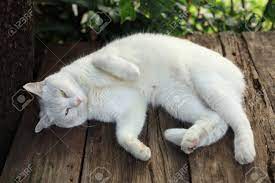 My brother had a cat. He was white, fluffy, and just handsome. But he was also sneaky, nasty, and cunning. I must say that he was terrified of my brother. Once, we saw my brother on the street and went to his apartment to have some coffee. We entered the apartment, opened the door to the kitchen, and saw this — the cat was eating his owners’ food products while sitting on the table. When he saw us, and he had no choice but to act like he’d passed out.© Palata № 6 / Vkontakte 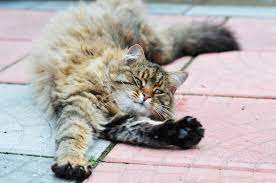 One day, my cat was stretching and I started to pour cat food for him. He ran to the bowl, but at the same time, he continued to stretch his rear legs. I haven’t seen any movement that was funnier than that. © juliavishnevsky / Twitter

17. The sparkle in his eyes says it all! 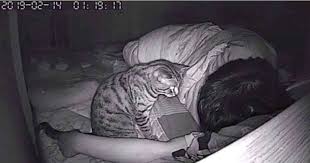 Our cat, no matter how hungry he is, will never wake us up in the middle of the night. He’ll just sit next to the bed and wait. And he will be looking at you. In the night. © selfcritical_me / Twitter 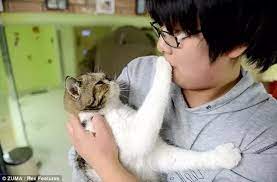 My cat is very funny. I am afraid to meet eyes with her because when I do, at that same second, she starts to run toward me from the other side of the apartment while purring loudly. She also begs for food in a funny way, while looking into my mouth, and touching it with her paws … At 4 a.m. © _UNESCO_K / Twitter

20. That’s adorable but a little creepy too

21. The first impression isn’t the last one, after all 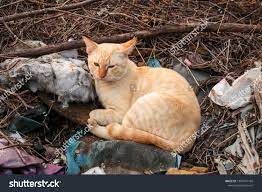 Owners of pedigree cats: “We got our cat from the cattery, she has more certificates than you, and her pedigree is better. We needed a spotted tabby color, and because of this, we had to go get our cat across the country.” Us: “We first saw our cat when it fell on us from the top of the garage behind the dump.” © Dr_Alice_Woods / Twitter 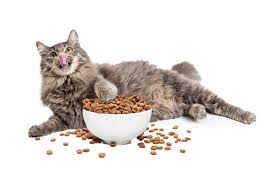 My cat doesn’t walk up to the bowl, but moves the bowl toward himself because there is no need to humiliate yourself in front of some bowl. © who_is_anko / Twitter

24. A true depiction of feline grace 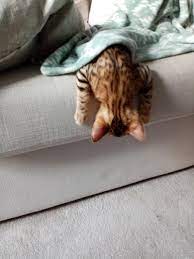 Those who use the phrase “feline grace” haven’t seen my cat falling off the couch while he’s asleep. Every time. © SappyMrs / Twitter

I think it’s pretty clear how these feline furs make us fall for their cuteness every now and then. They try to act smart but sometimes the tricks fall the other way around. Then the meowing for help starts until we finally get them out of the trouble our kitties get themselves in. They are the way they and we love them for whatever they are!

Let’s cherish our kitties together, do tell us about your feline stories too in the comments section below, we’re always up for furry craziness!