Getting a tattoo is no joke. We’re getting some permanent ink injected onto out skin that’s gonna last a lifetime. So, our tattoos have got to have a deep meaning. They shouldn’t be something shallow or complete gibberish. As a person’s tattoo says a lot about them and their personality, so we gotta be sure they give out a positive vibe. On the other hand, it is not wise to get something written or drawn on any part of our body that we’ll be regretting later on in life.

We all are insane to some extent and we know it. We always make sure to put our best foot forward when we meet new people, in order to conceal the madness that lies within us. However, there are two people who see the real us and these people are therapists and tattoo artists. They have seen and hard some of the crazies sh*t of all time, all thanks to their job descriptions. Tattoo artists always have tons of stories to share, as they meet some of the world’s most nutty people ever. They walk in the tattoo studios with extremely questionable tattoo requests and the artists are compelled to ask them if they really want it. We came across a Reddit post where tattoo artists shared their stories of the times they had to ask the clients if they really wanted that tattoo. The stories are super rib tickling. Scroll down to check them out.

So much detail in this tattoo… Is this some kind of fetish? 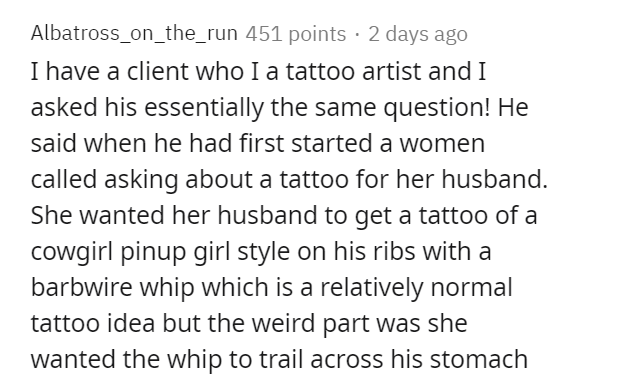 Where do these people come from? 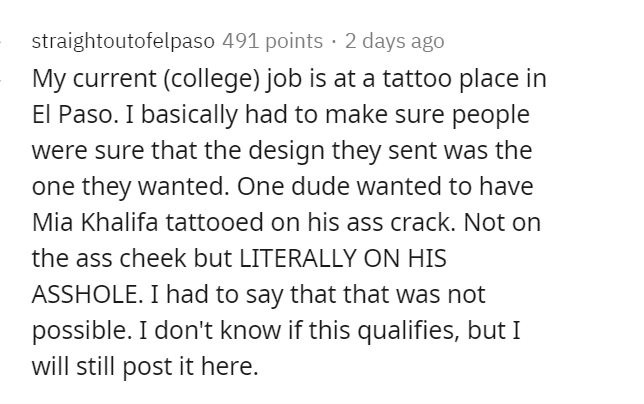 Glad the woman changed her mind. 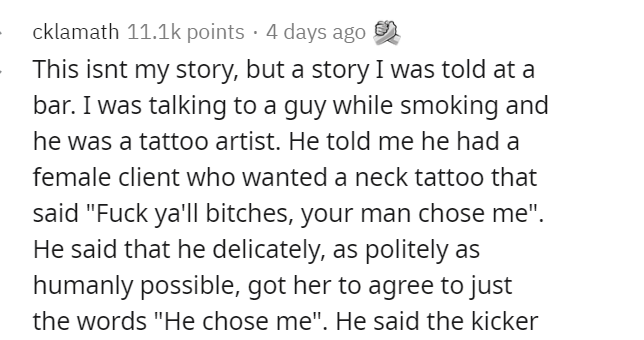 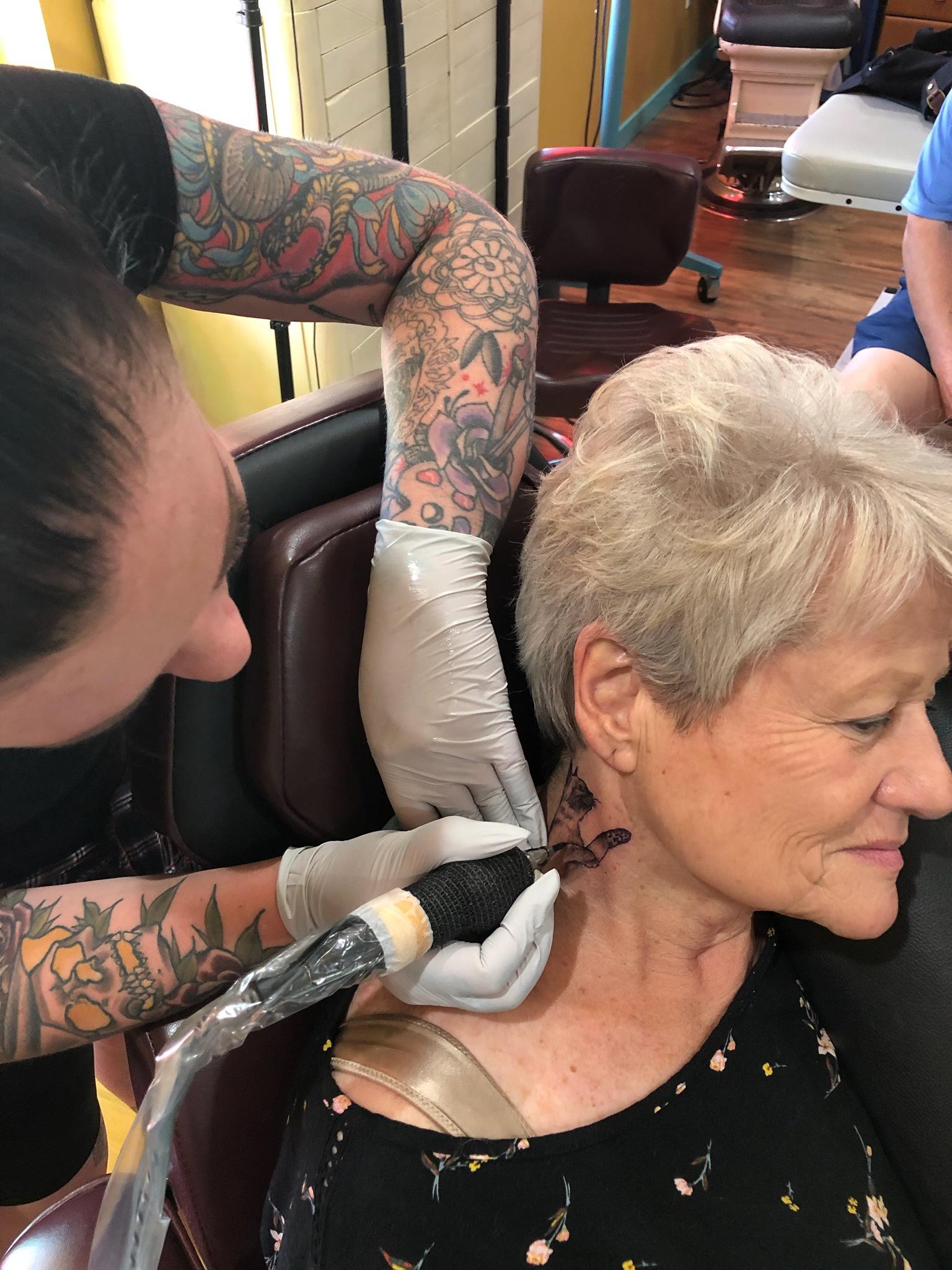 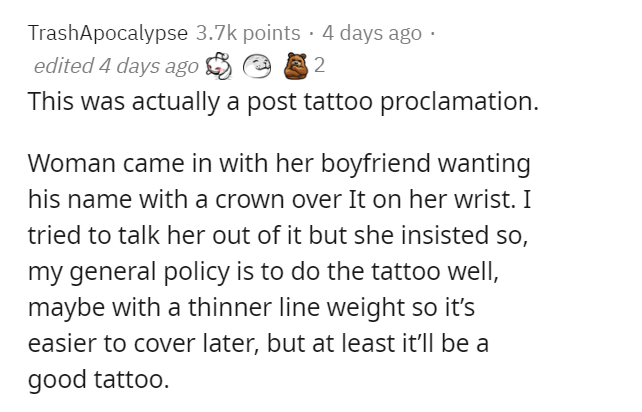 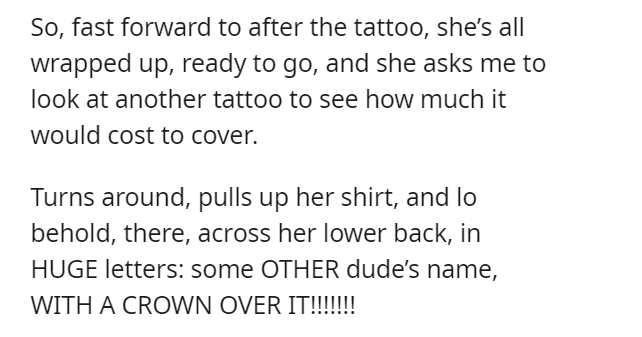 People really shouldn’t be getting the names of their partners tattooed on their bodies. Especially not when the relationship is in its initial years or months. Just give each other some time and get to know each other. However, we can never fully get to know someone even after years and years of being together, but we can learn to love them and accept them with all their flaws and shortcomings. There always remains an uncertainty of a relationship not working out, resulting in a breakup. So, if someone has got a tattoo of their partner’s name or something, the’re gonna have to go with the pain and the trouble of getting it either covered up or removed. Now, that’s not only painful and costly for a person, but it’s also a trouble for the artist.

Well, we hope the same. 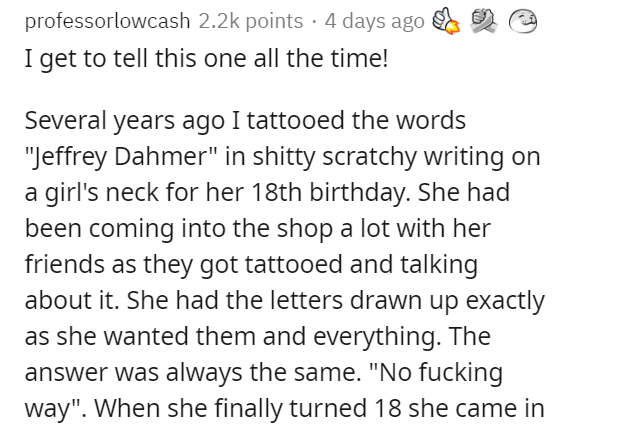 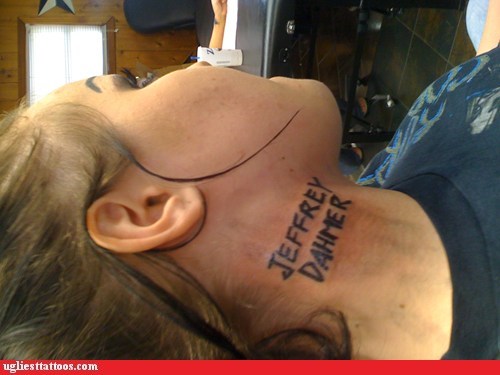 That’s a great move, to be honest.

A big step taken too early in a relationship…

The question is not how, it’s why!?

Feeling sorry for the dude, tho. 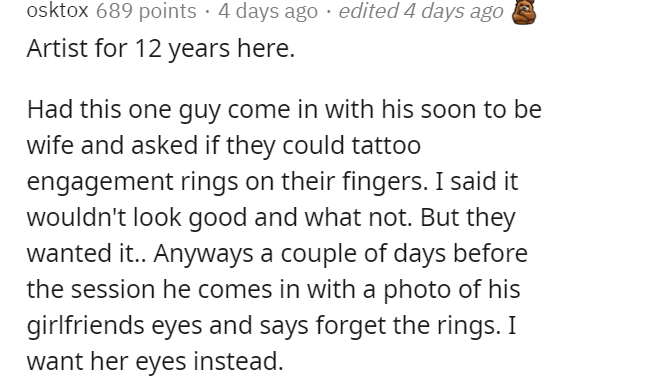 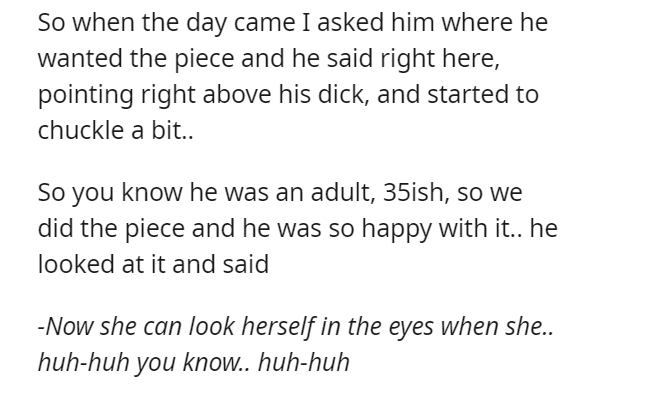 We all saw that coming.

People need to be more creative with their tattoo ideas.

Sometimes You gotta tell people “NO”. 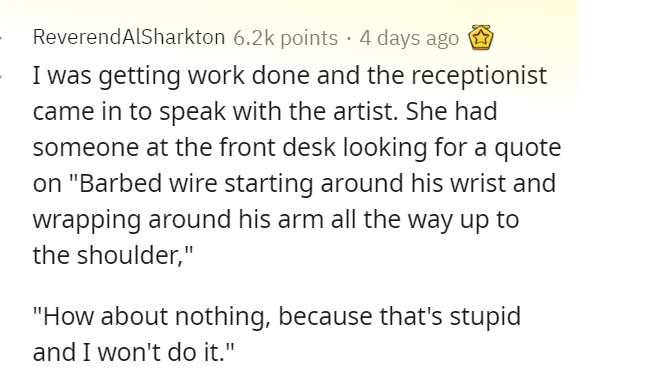 The things people do when they’re drunk… 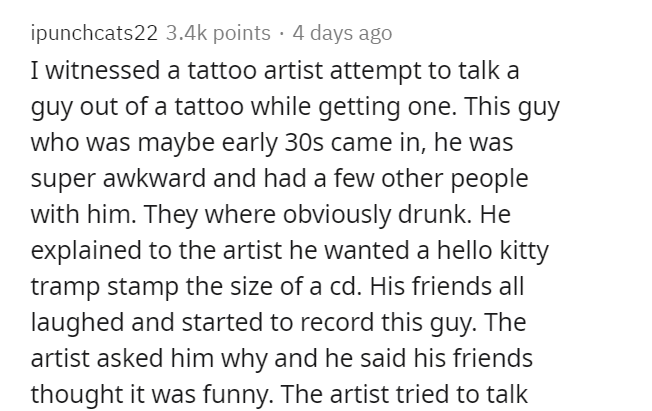 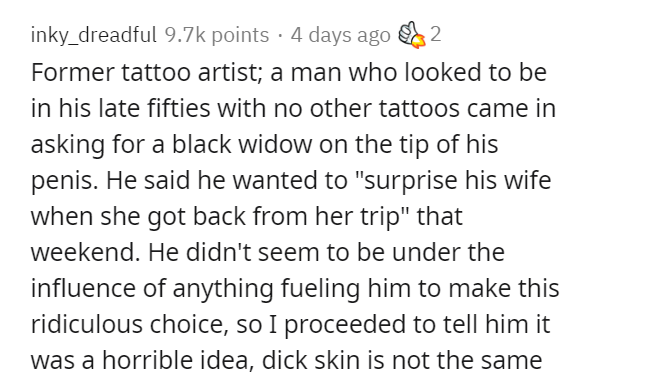 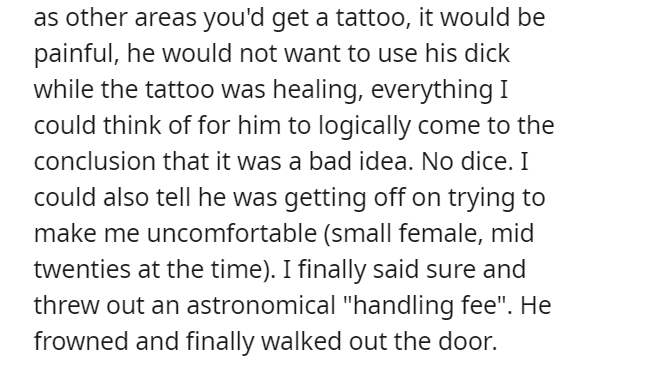 Some people are simply hopeless. They make poor choices in life that they might regret later. Despite being absolutely drivel some of these stories really cracked us up. What do you guys think of these stories? Have you ever been asked or if you are a tattoo artist, have you ever asked anyone if they’re sure about the tattoo they’ve decided to get? Let us know all about it in the comments below.