Most countries have very deep cultures. And even if western influences are slowly making all that makes us unique vanish, people still have a lot that they want to keep sacred. So when an Irish person moved to America, let us just say they had a less than heartwarming welcome. From stereotypical statements to straight-up bullying, they couldn’t escape being the butt of the joke. if that isn’t bad enough, the High School decided they were gonna read up on different cultures.

And as you can already guess, the teachers asked the Irish student to help them with the presentation. They probably thought she would be ecstatic to do that but she was none too happy and flatly refused. The high school wasn’t too happy about that and decided to involve her family in the whole thing. That is when she reached Reddit and asked whether what she is doing is right or completely wrong.

People had varying opinions on it and you can read that for yourself by scrolling below.

It all starts with how she and her family moved To America. 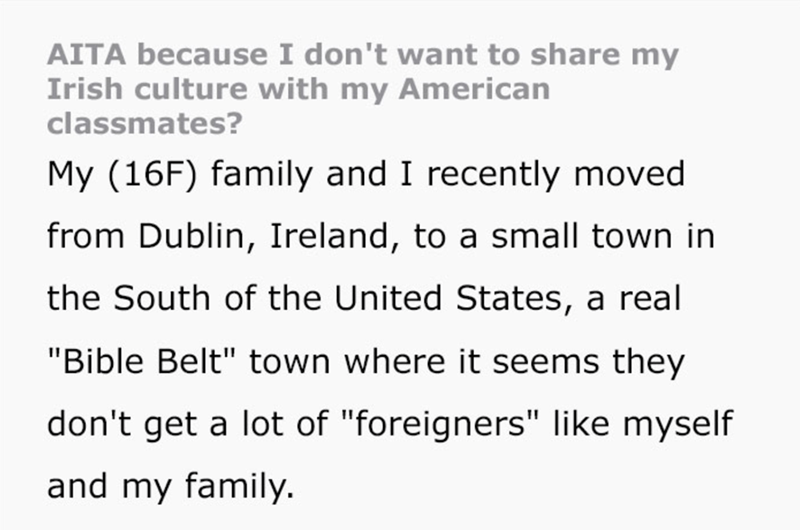 The reason was better job opportunities but they haven’t been welcomed with open arms. 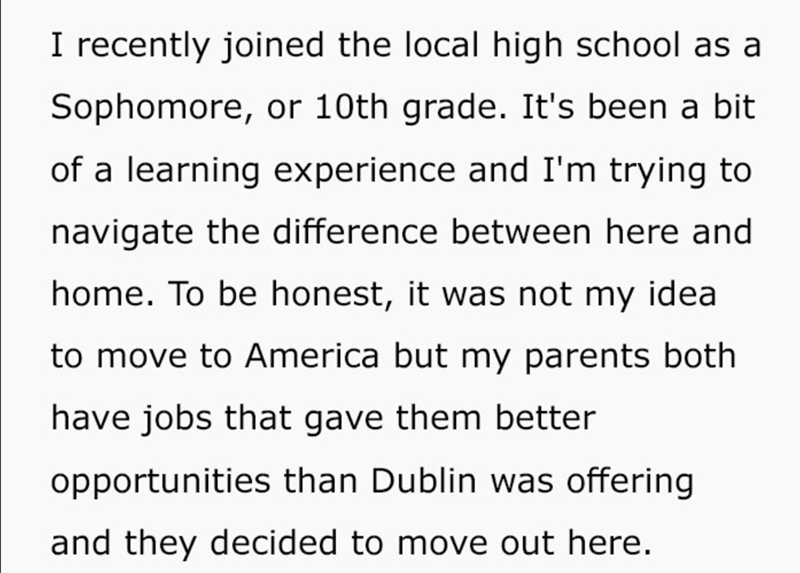 Kids can be cruel but this is just straight-up dumb. 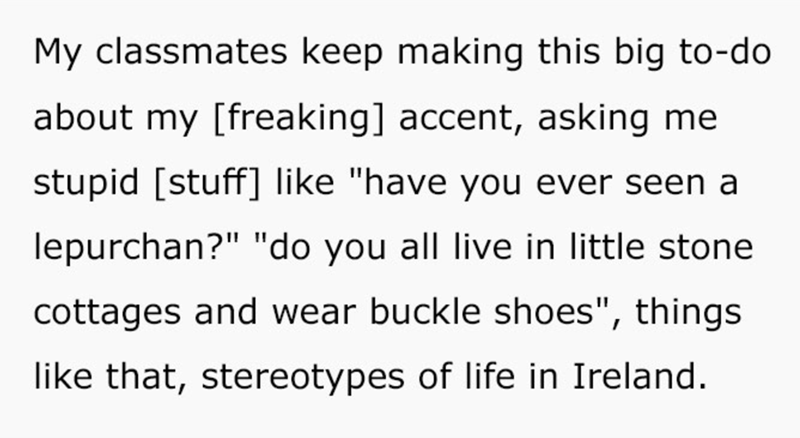 Another thing that is just the cherry on top is the fact she apparently looks like a stereotype. 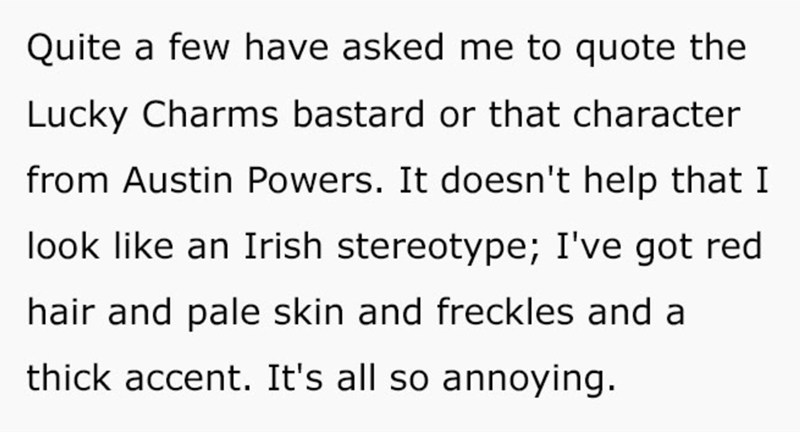 From what I can see, she is homesick which is understandable. 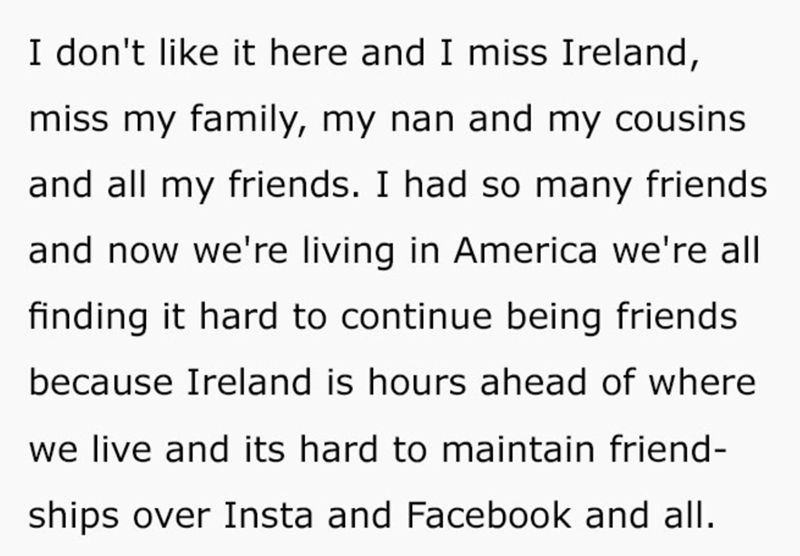 But if things weren’t bad already, they just took a turn into an even worse situation for her. 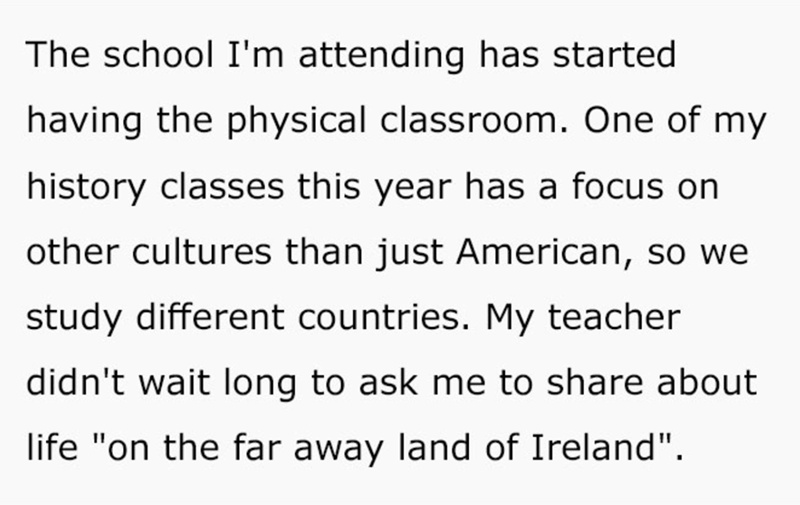 You would think making teens learn about other cultures would be a good thing. 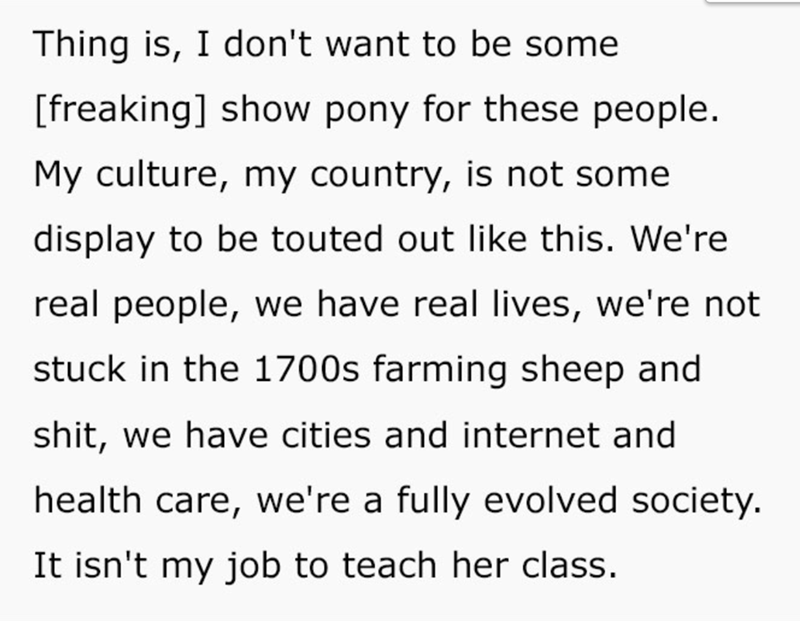 But it is her choice to not wanna join this curriculum at all. 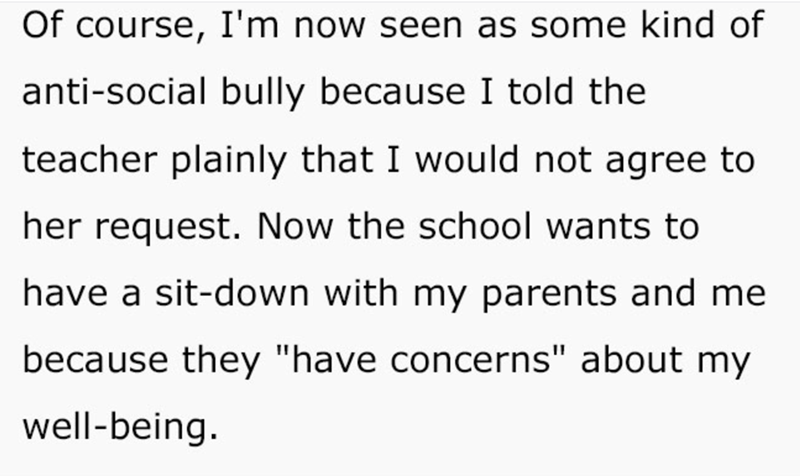 So that is why she wanted other people’s opinions.

To be completely honest, I feel for this girl. It is no fun feeling like an outsider in another country. it is already hard enough leaving your country, family and friends behind but when your destination country doesn’t make you feel welcome, it just makes everything that much worse. And seems to b getting the brunt of it. I hope it turns out well for her and she doesn’t get punished.But we won’t know until she makes an update.

People had really good advice to give her though.

This seems like an especially good idea to me. 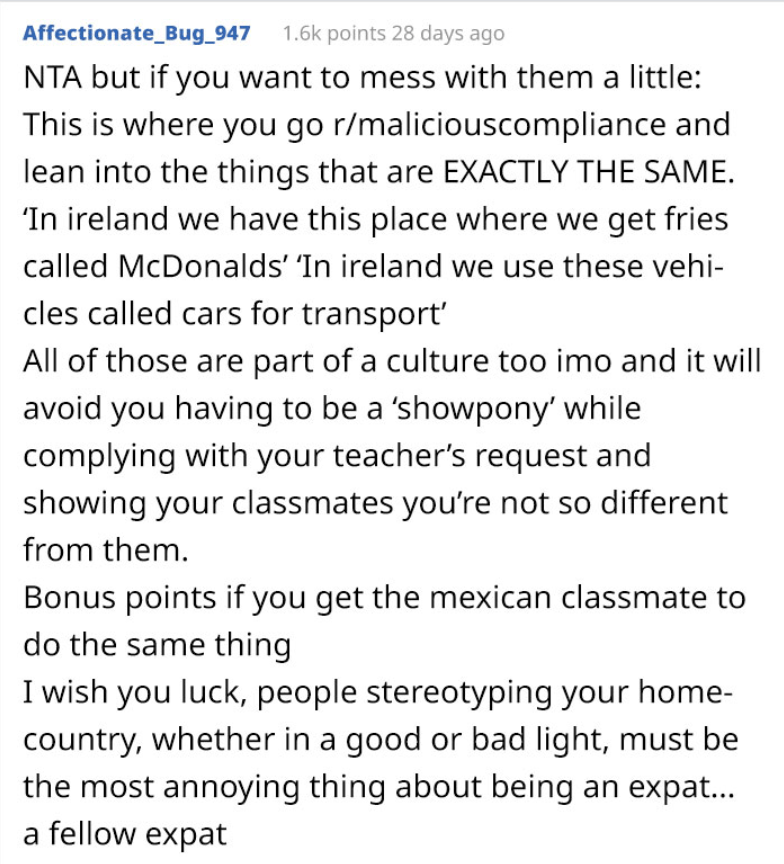 Why can’t people just accept each other? 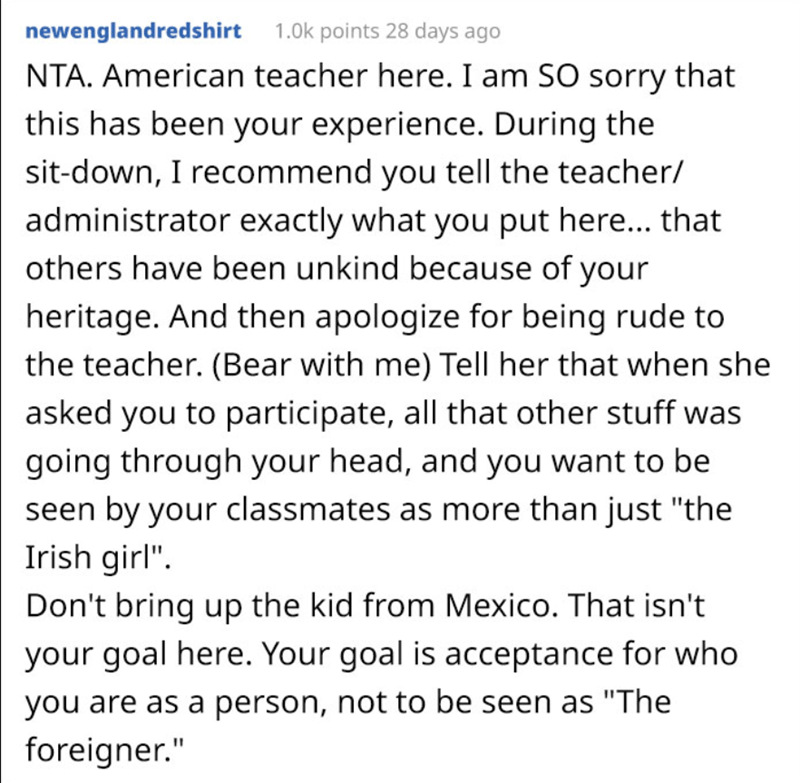 Talking to her parents beforehand is a very good idea. 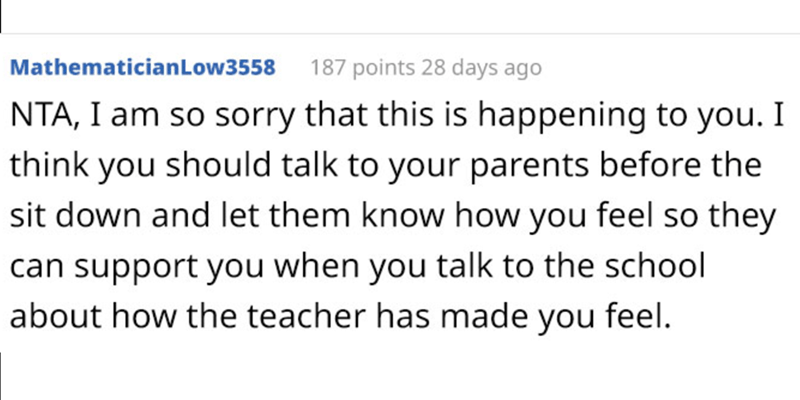 What do you think of her decision? Do you think she should have gone along with it? Or was she in the right standing up for herself? Comment down below and let us know.