Commitment and devotion to your job always keep you two steps ahead of what you’re actually aiming for. It might take a little time to be successful but hard work always pays off. The hiring process can often be affected by biased reviews, hereby putting people into managerial positions who aren’t even worth it.

Living communities with faulty management can wreck the basic peace people deserve to have in their lives. This story relates to one of such situations, where the residents had longed for basic problems to be solved. Facilities that they were being charged for were absolutely absent. The worst part is nobody even cared

Amidst this chaos was a gentle-hearted man, who tried to be there for the people around, on the behalf of the rest of the apathetic building staff. Here we’ve brought forward a story of a well-deserved guy whose honesty and commitment to the betterment of the people got him at a position where he was supposed to be. Despite being an ordinary janitor of a community of buildings, his dedication and loyalty to the people plunged him onto the seat of the BUILDING MANAGER.

1. Current scenario of the building 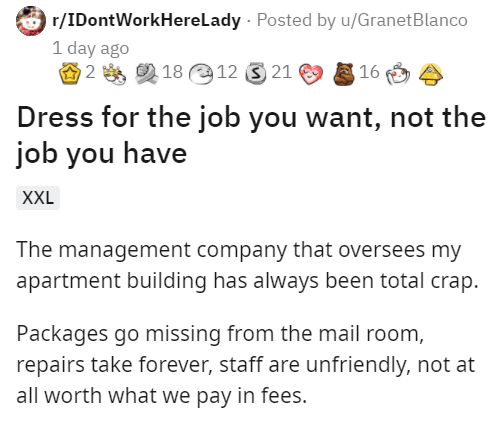 In short, there’s no peace to whoever lives there, irresponsible staff and management can be a true pain for the people 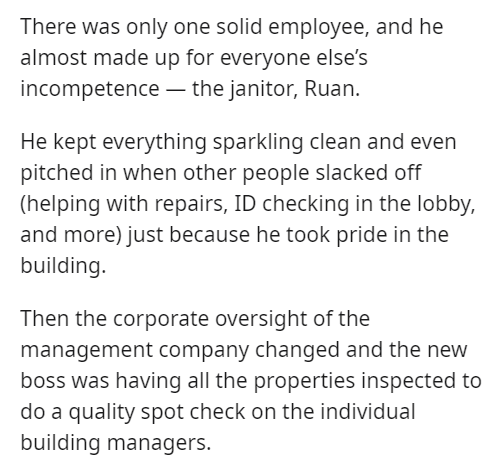 3. On a hiding to nothing 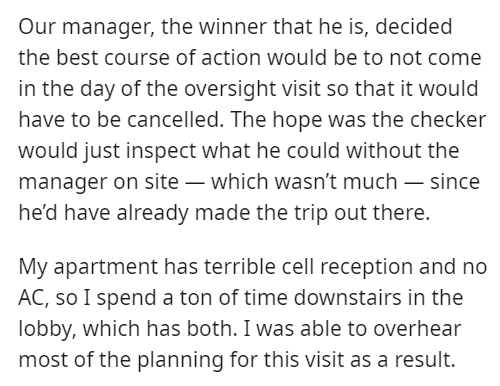 4. Preparing for the final visit 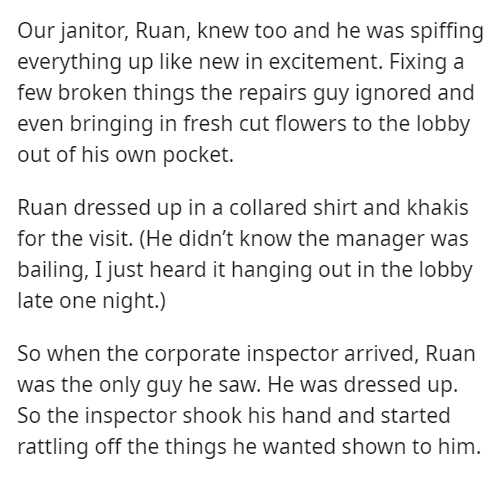 He’s got himself neat for the day! 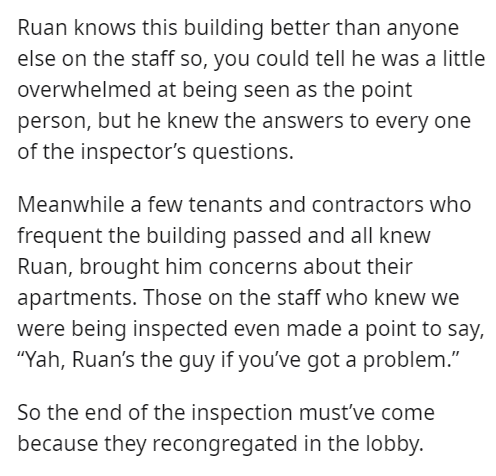 Why wouldn’t he know the building so well when actually he was the only one taking care of it rather, running it. Playing more than his part in keeping things in place

6. The manager didn’t come in 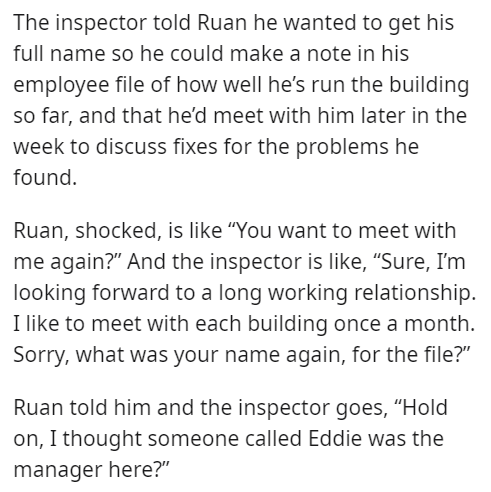 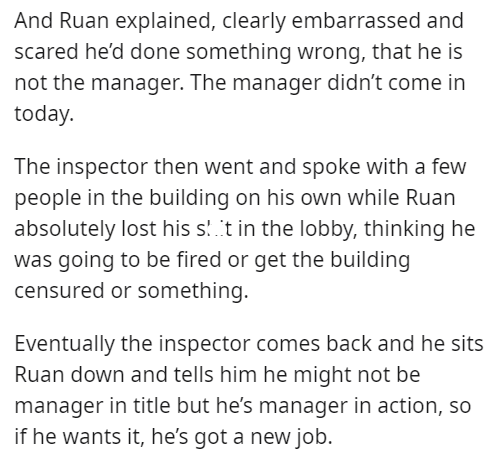 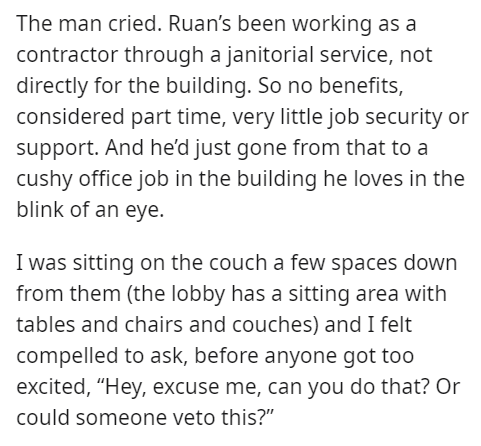 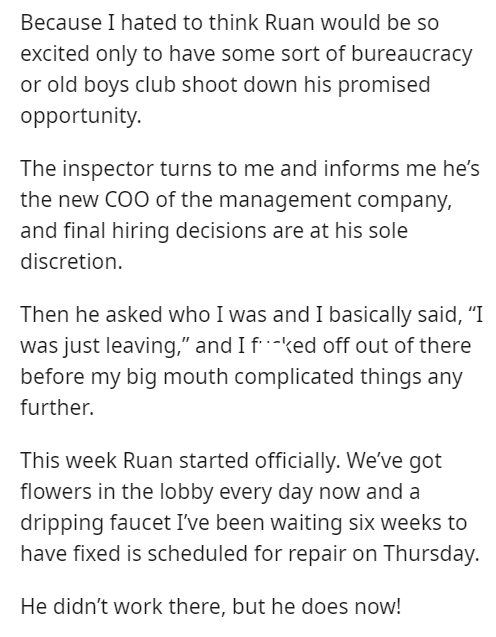 It wasn’t just the dress, after all, it’s the devotion and commitment which got Ruan in the place where he was supposed to be! Man, this got us teary, a heart-touching story that ended just the way it should have. Ruan worked for it, Ruan got it! I hope Eddie doesn’t get a big shock for being kicked out of the job he was never honest in.

Potential isn’t explained by, where you stand at the moment because it could be due to the circumstances. Potential is where your capabilities can make you stand. Individuals are often misjudged by the background they come from, whereas it’s their intelligence that is going to get them somewhere not exactly their background.

The world isn’t always fair but then there are exceptions and that too more often. More of such narrations would push others to keep working hard for being a better version of themselves, so if you have witnessed similar examples make sure to share them with us in the comments below!