Some people have no shame.

They will make any excuse imaginable just to get something for free. Even if that particular thing in question is really cheap to start with. For example, this woman apparently wanted a free scone just because a fly had touched it. First of all who would want to eat something that has insect bacteria on it. And secondly wouldn’t the store owner just throw it away.

Honestly, I can’t understand the logic of some people. The simple answer is that these people don’t really think before they act and so their logic is non-existent to start with. But this particular Karen took it to the next level by demanding a free scone. I bet she wasn’t expecting them to just bin the scone rather than give to her for free.

The title says it all but all the juicy details are in the full story.

We start right off the bat without any pleasant small talk whatsoever. 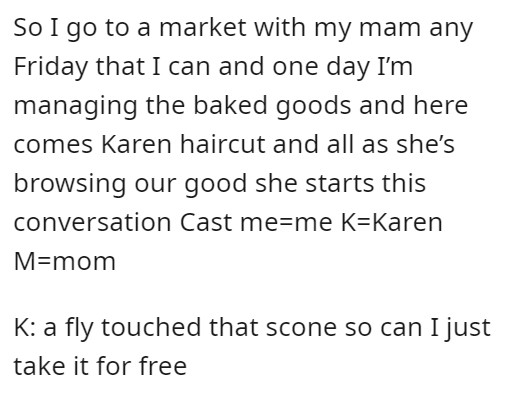 They just said the goods have cling film on it. 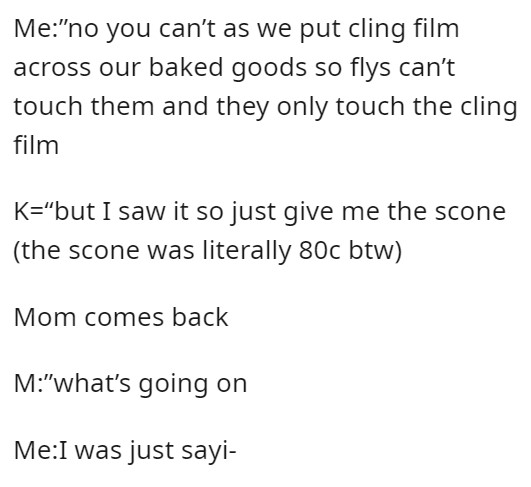 What is so complicated that she can’t understand the very simple thing. 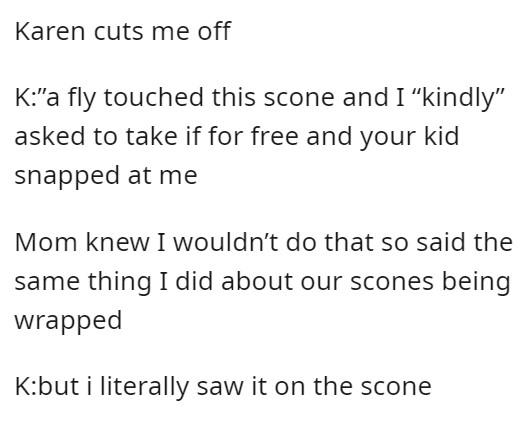 I can already guess that she isn’t going to be very happy about that. 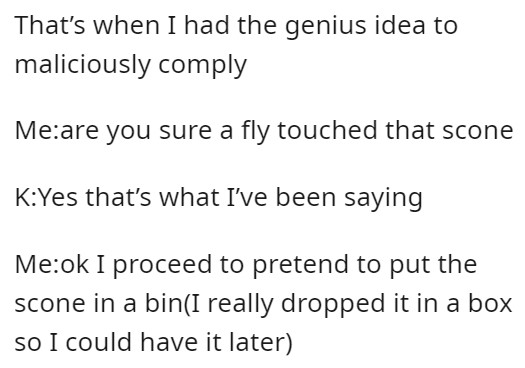 It’s only 80c, I don’t get what is the big deal about just buying it. 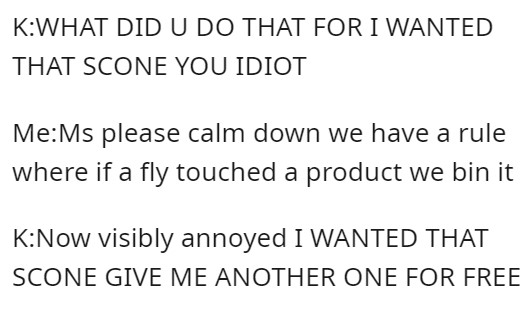 It probably tasted so much sweeter than a normal scone. 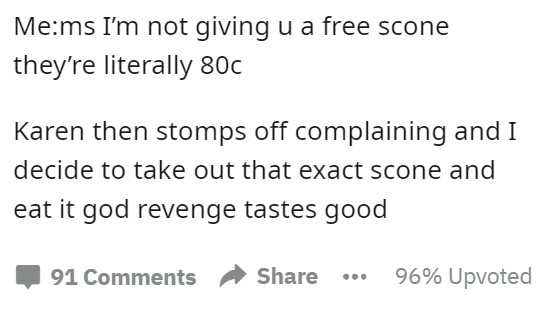 My friend worked at a candy store that sold candy in bulk. a woman said bugs were in a bag of candy and demanded it for free. My friend said no and that she would toss it but the women insisted she get it for free.

The husband finally told her to stop and that they can’t stop pissing off everyone and end up on the streets. He recognized my friend from the hotel and put a stop to her behavior. –Cleonce12

So now I am in the mood for some scones as well. 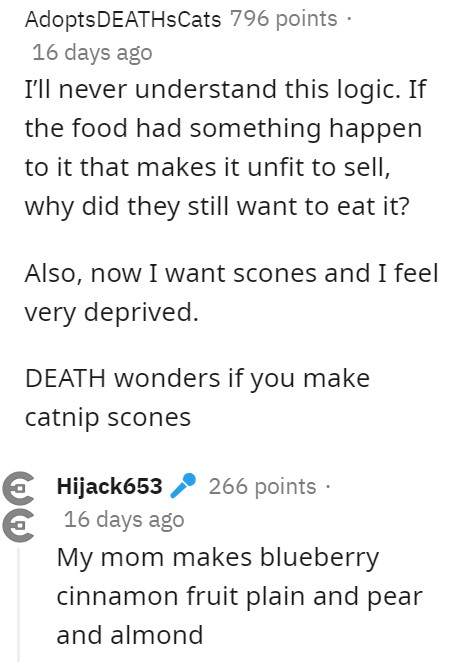 She just wanted a free scone and her dumb brain could only come up with that excuse. 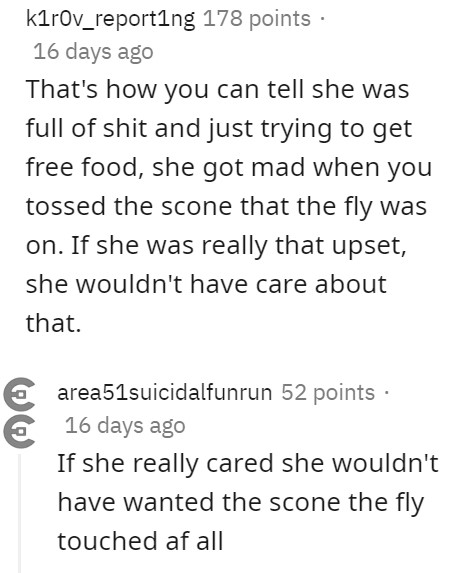 I really want to encounter a Karen in the wild. I encountered one old lady once that was demanding and sending food back but I don’t count her as a true Karen. –flowers4u

At least the ‘tactic’ didn’t work. 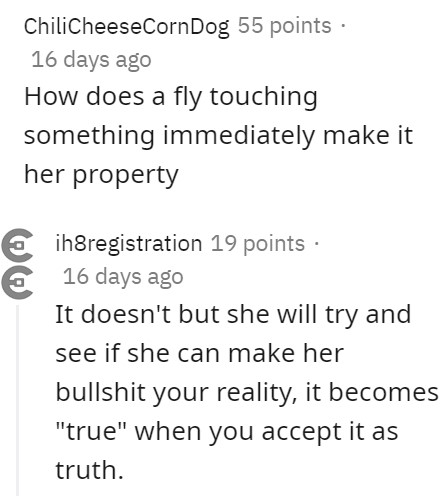 What would you do in this situation? Would you give her the free scone? or deny her till your last breath? Comment down below and let us know.