Karens have taken over the Internet. There is no doubting that. And I don’t mean in a bad way since people are paying more attention to people who are truly inhumane. Maybe in this way, Karens who act like this will learn and try to become better versions of themselves. I sincerely doubt that sentiment but we can hope. However, we are not here to discuss the thought process of these kinds of people.

In truth, we have another revenge story that is on a whole new level. In most stories, people get what they deserve but not the same as what they did. This woman however got what she deserved and more. Let’s just say people with peach trees do not mess around. So when this Karen started messing with her neighbors, they decided to respond back

When something has been in your family for so long, it is practically a part of you now. 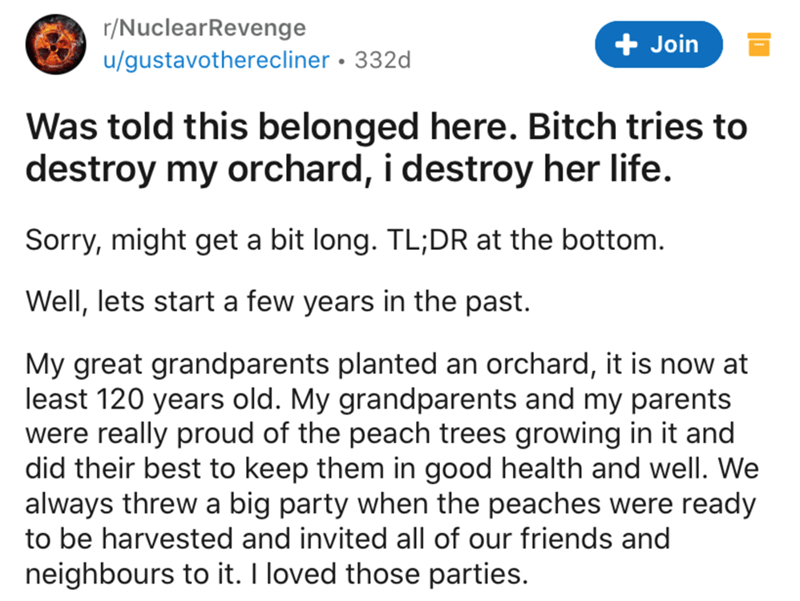 It seems they had great neighbors who loved hanging out with them. 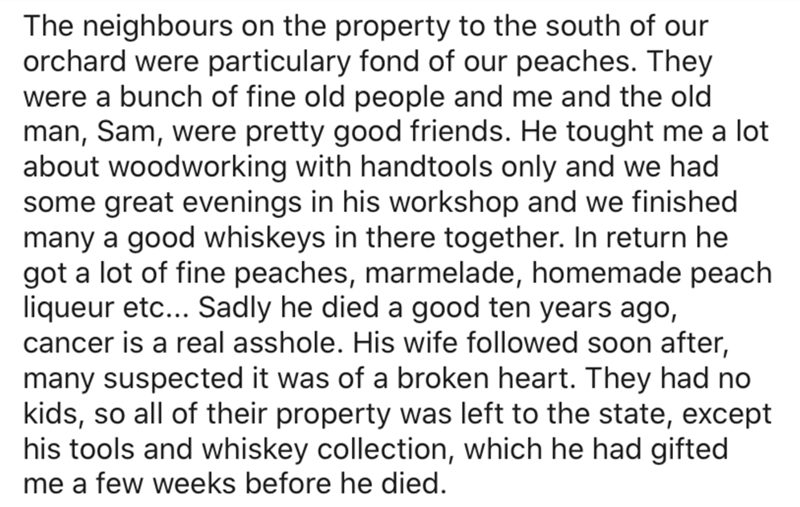 However, that soon changed when a stereotypical Karen rolled in with her rude attitude.

She wanted everything to go her way no matter who she hurt doing whatever she wanted. 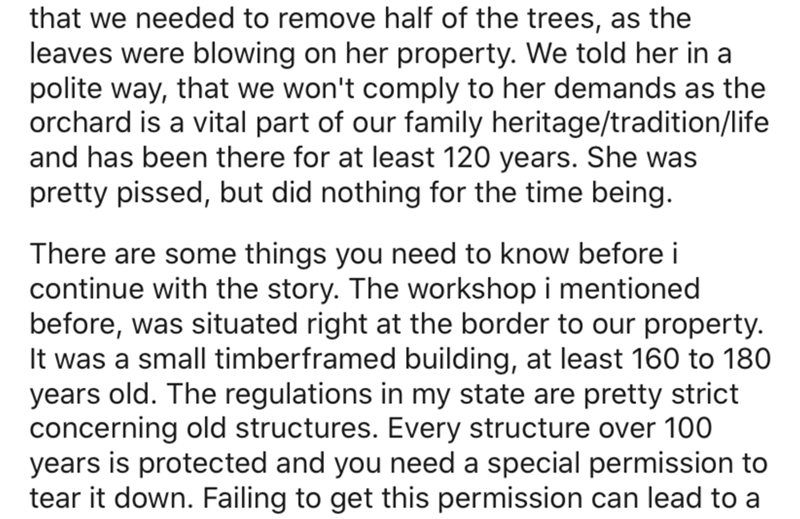 First, we get some background on the laws that govern this place. 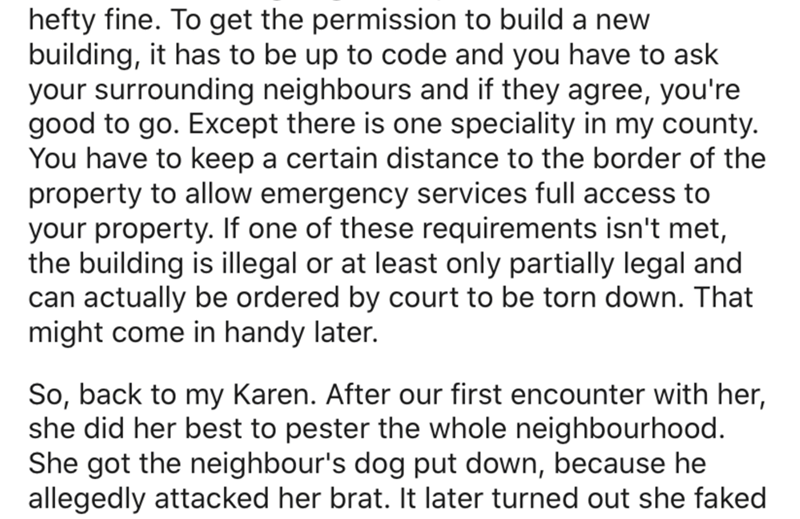 Getting an adorable dog put down? That is truly heartbreaking. 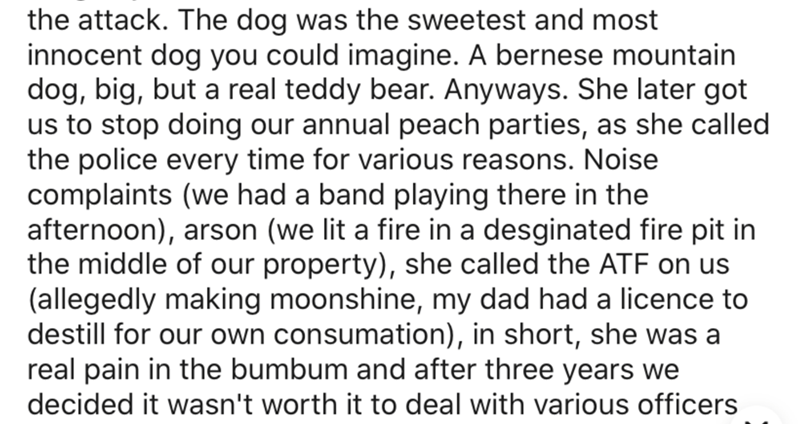 Their life had turned horrible with little things that started accumulating. 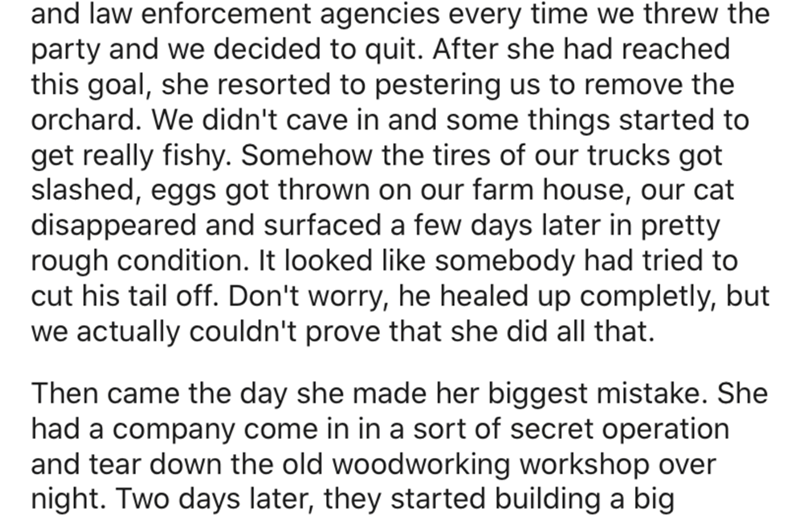 As a person whose grandparents planted an orchard back in the 70s (avocado, lychee, mountain apple, mulberries and tangerines), I’d absolutely destroy anyone with the thought to mess with my trees. –KaiOfHawaii

It was clear she was trying her hardest to mess with their lives but they had no proof to nail her. 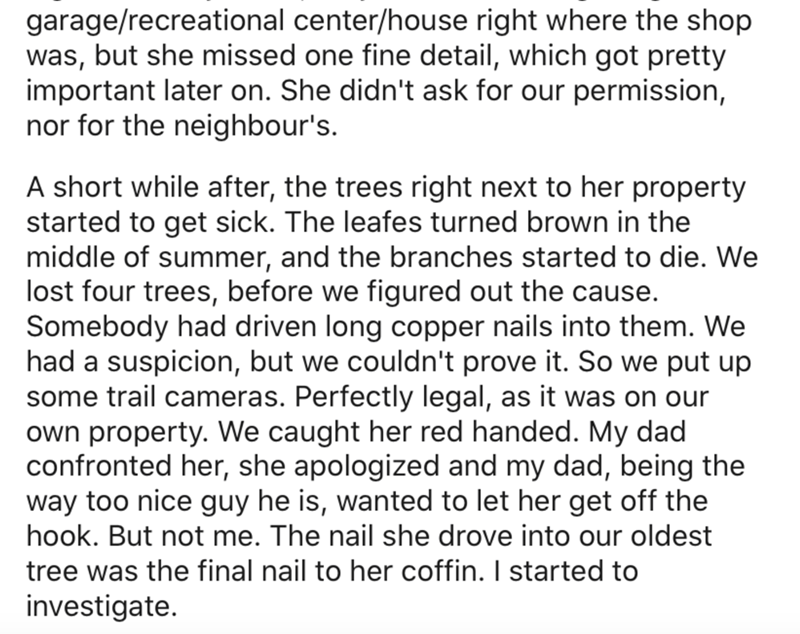 His father might have been nice enough but he was going to get back at her.

And soon his parents joined in as well to completely uproot her. 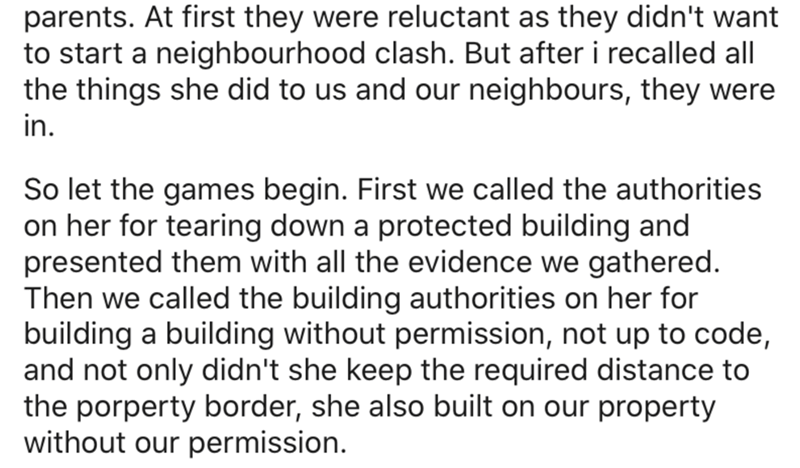 To put it simply, she went bankrupt. 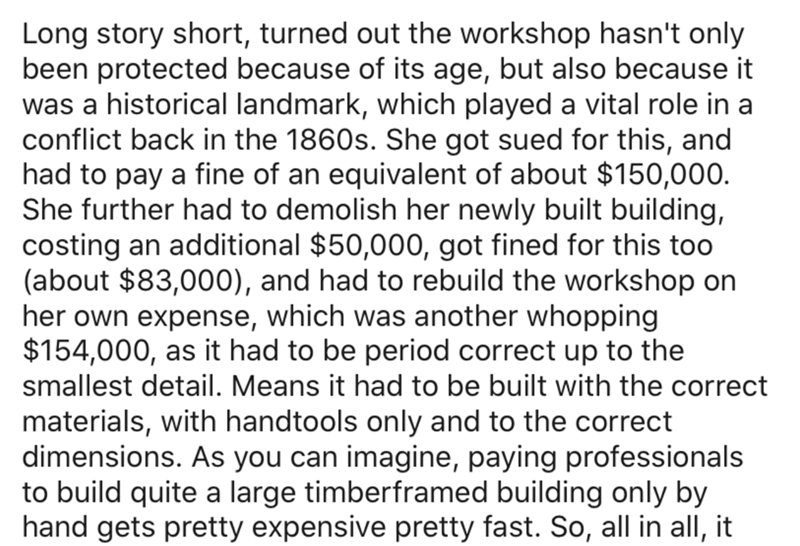 And she deserved every bit of revenge that she got. 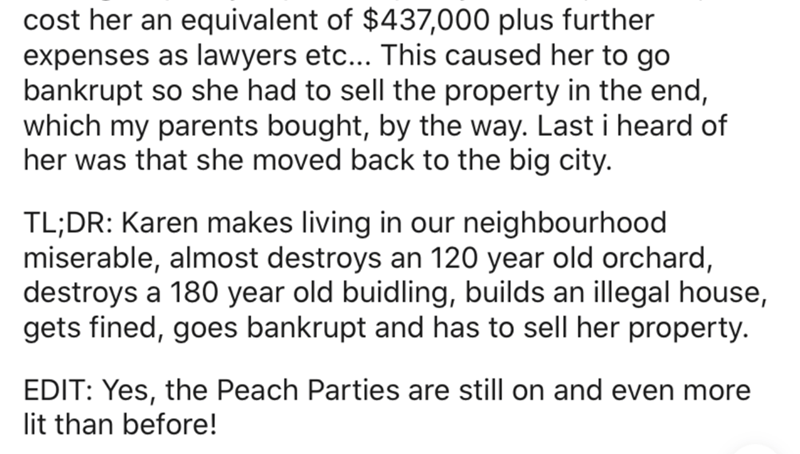 As someone who has partaken in alcohol of dubious legality, I can honestly say that some of the best liquor I have ever had has been of the homemade variety, particularly peach varietals. This woman attacking your peach party was nothing short of an act of war. –Jameschora

If something like this ever happens to you, what would you do? After all, we all have some experience in dealing with bad neighbors. But this Karen took it a ‘bit’ too far. Let us know your thoughts in the comments below.