I am sure we all know that there are a lot of Karens on the Internet. So you would think that they would be able to find Reddit posts where people share their experiences dealing with similar people. One would think that Karens would recognize their own wrongdoing when taking a look at these stories and trying to change. However, it seems that they never want to admit their mistake and always dig their hole that much deeper.

That is the kind of story we have today. Even if most retail employees would love to put rude retail customers in their place, they just can’t do that inf ear of getting reprimanded or worse being fired. because as sad as it sounds, higher up’s really don’t care if their employees are treated as second-class citizens. I understand that managers don’t want a customer to leave unhappy but this only hurts their long-term as retail employees already have to deal with a lot.

That is exactly why these sorts of stories always make me happy. Scroll below to take a look for yourself.

We start off with the story while getting some background info on where it all happened.

And this woman explains what she was wearing and I have to say no one’s uniform looks like this.

Then we get a detailed explanation of what this Karen looked like and it is exactly how I imagined her. 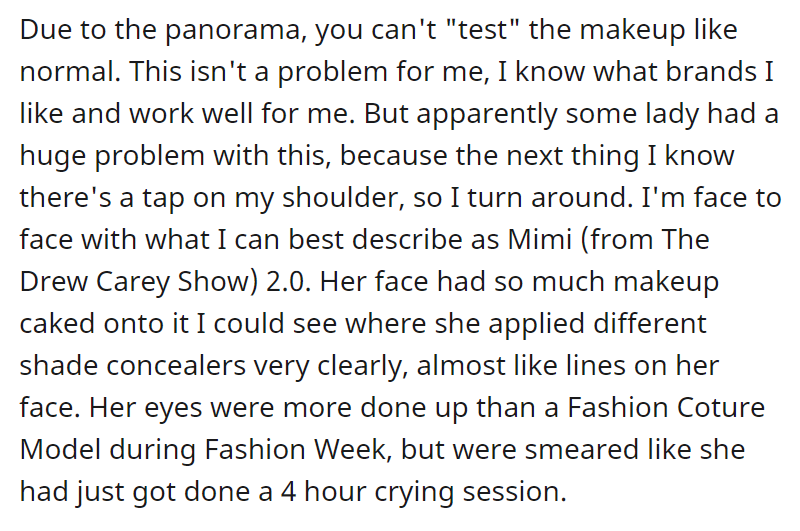 I do feel like the comment was unneeded but the Karen did mistake a customer for an employee. 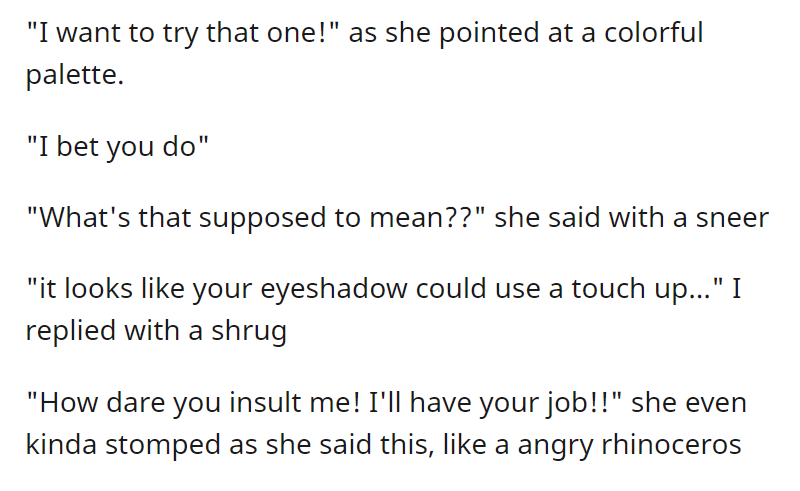 This is when the woman flew off the handle and went to get the manager as most Karens do at this point.

The imagery I get in my head is of a bratty child throwing a tantrum and just acting dumb when I read this.

Atleast the Karen had the decency to look embarrassed at this point because so many don’t even do that. 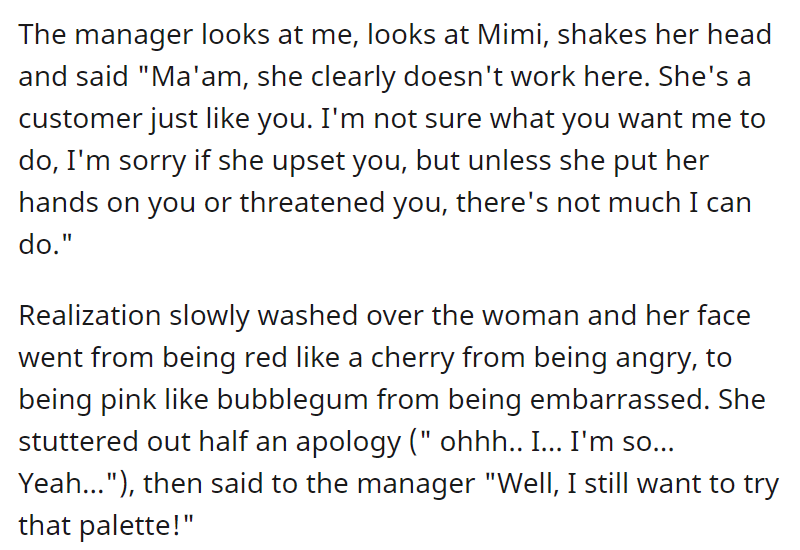 Now, this is when the poster of this story had an ingenious idea and grabbed the palette.

Karen was not happy with the turn of events but she could do nothing but watch from the sidelines.

At this point, she could do nothing but the story doesn’t end here as the poster really didn’t want the palette.

I find the fact that Karen thought she could stop another customer from buying a palette hilarious. I also don’t understand why every Karen is always using the threat of manager over everyone. Even if someone says that they don’t work at that particular shop, it is as if they have selective hearing and only see what they want to see. There is being stupid and then there is being a Karen which takes stupidity to a whole new level.

Apparently, the Karen was a menace afterward and wanted the makeup product but they didn’t have any more palettes. 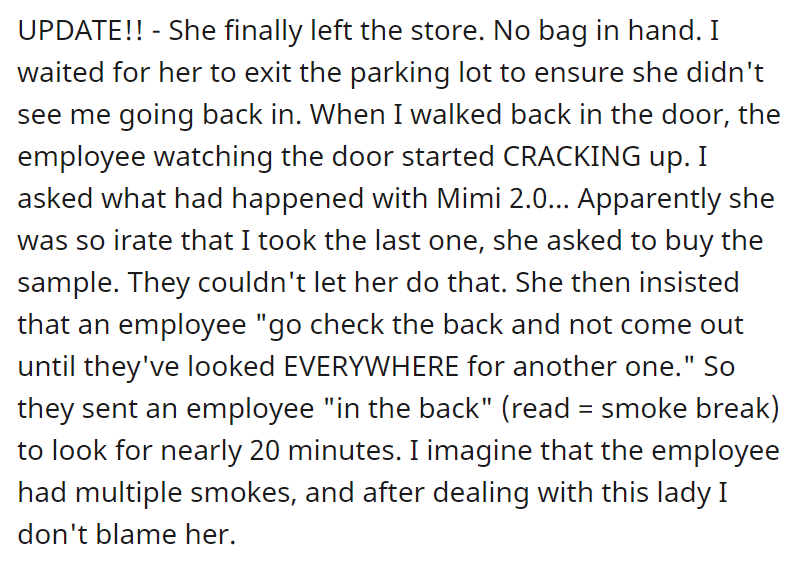 Even the employees were done with her and just wanted her to get out of the store at this point.

So it all ended well with the palette being returned in the end. 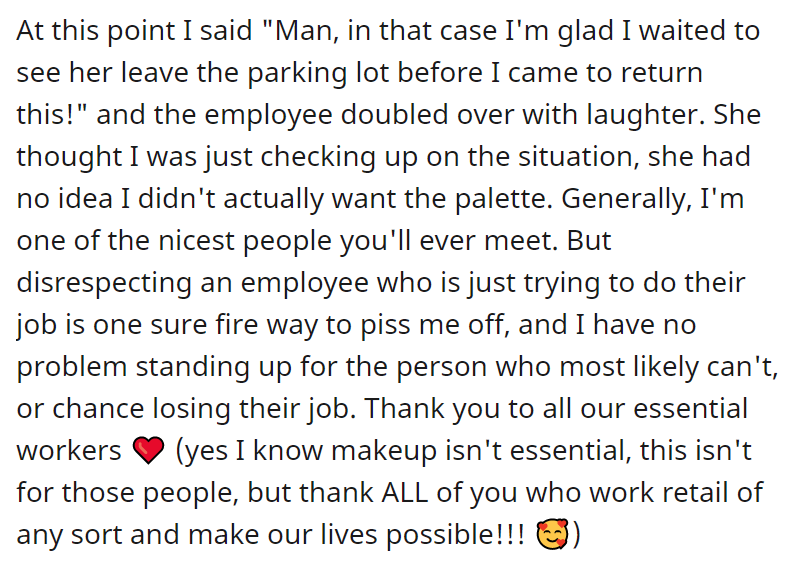 This was the palette that was the start of this argument. 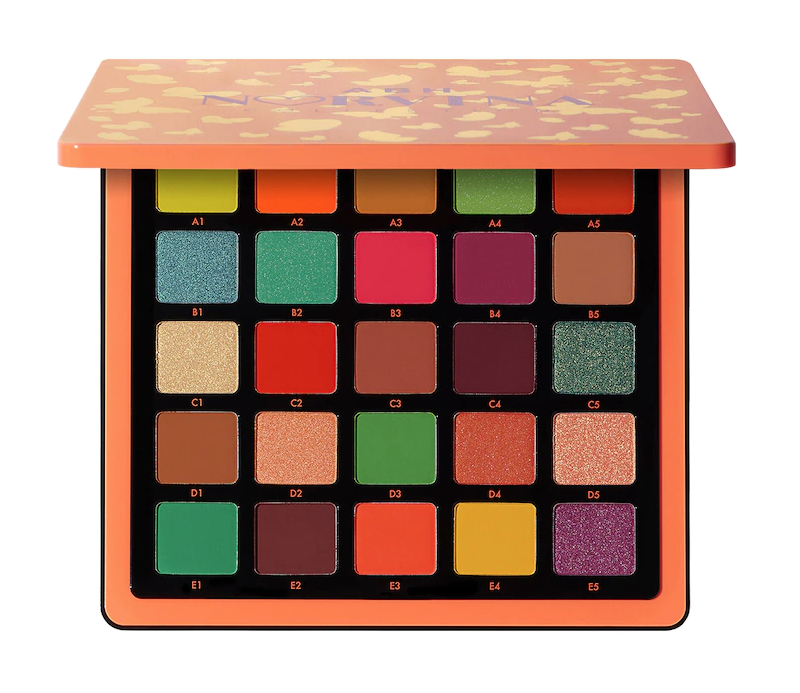 Honestly, it does sound like a great uniform and I would want to work here. 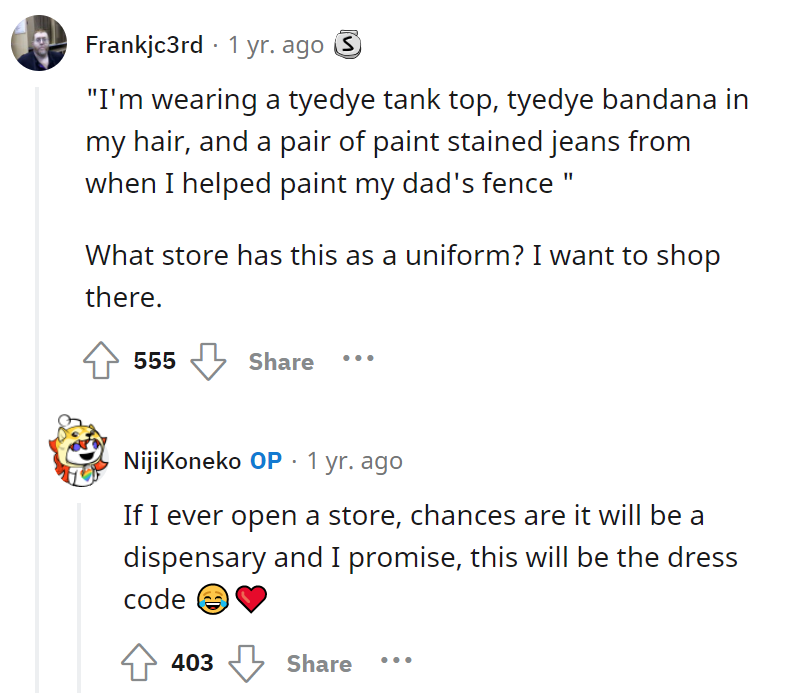 Nobody who has worked in retail ever wants to go back because of the customers. 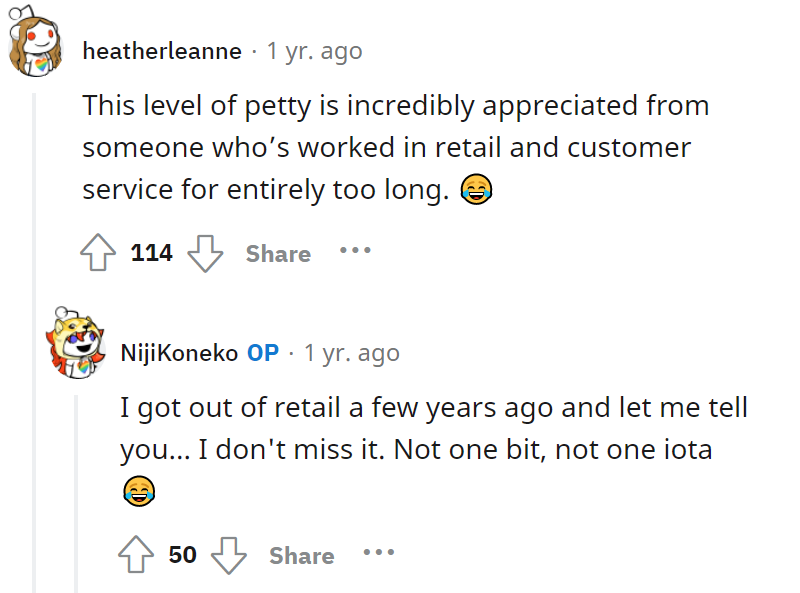 I am glad she didn’t have to waste money on something that she didn’t want. 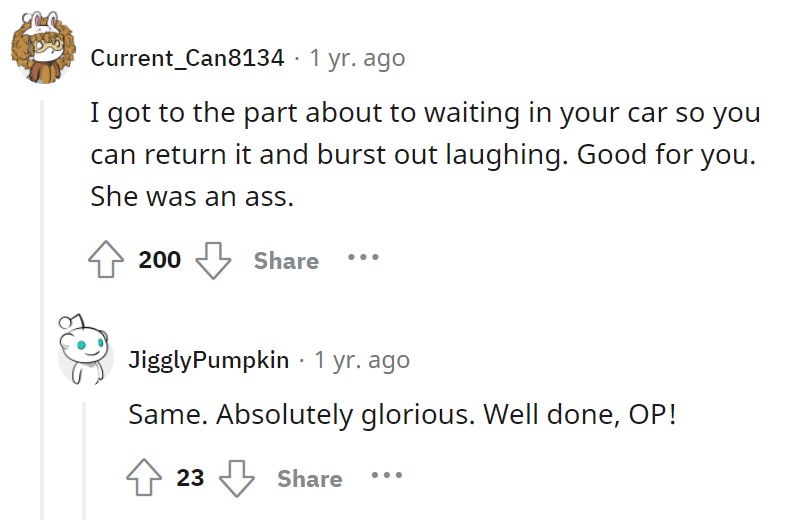 Thankfully we even got which palette she was talking about because she posted the link later on. 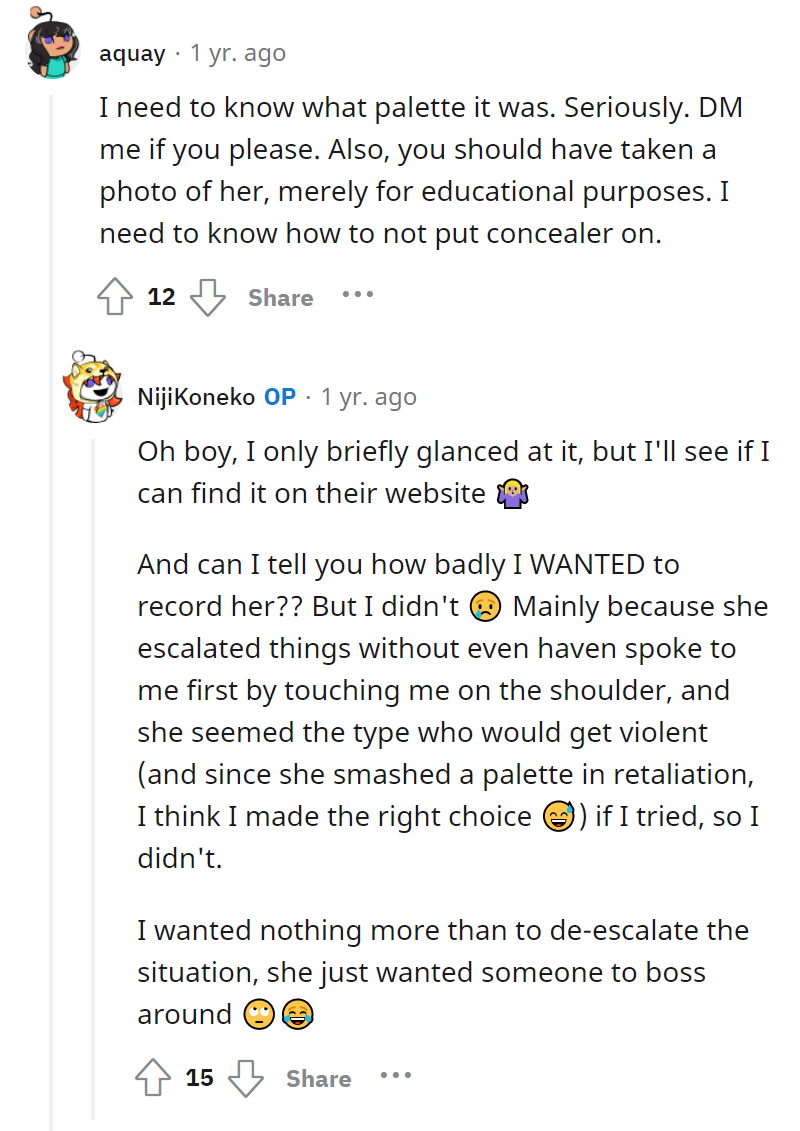