One is supposed to be professional at a job.

When I say professional, I don’t mean that we all have to wear a suit and tie when we get to work or call everyone Sir or Madam. However, when I say that one is expected to be professional at a job, I mean to say that there is a certain decorum when you are at your job and that includes being respectful to people around you. And I don’t mean being respectful towards just the people higher in the hierarchy as everyone deserves common decency.

However, it seems so many people think that they can treat a person horribly just because they are considered a junior when it comes to the hierarchy chain at a company. This might have worked in the past but now there are a lot of safeguards in place to stop bosses from ab*sing their power over their employees. I am ofcourse talking about Human Resources. While not every company takes their junior complaints seriously, many do and this person got caught in the middle of it.

Though he definitely deserved it and you can see why by scrolling below and reading the story yourself.

This guy starts by telling about his previous jobs and why he chose this particular one for now. 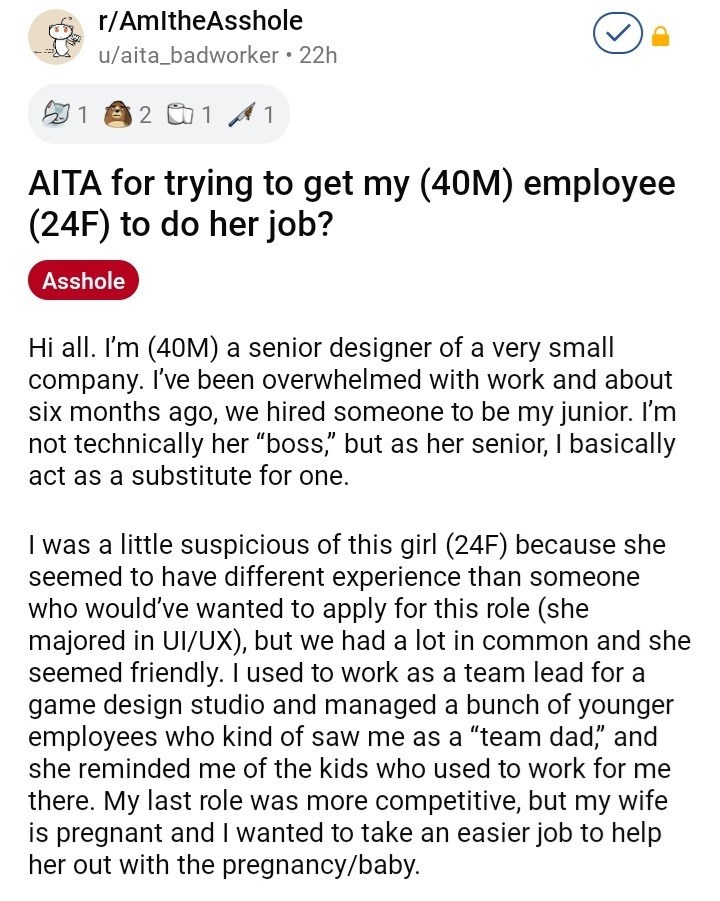 But it is clear that things quickly turned sour with the new junior as he was quite rude towards her. 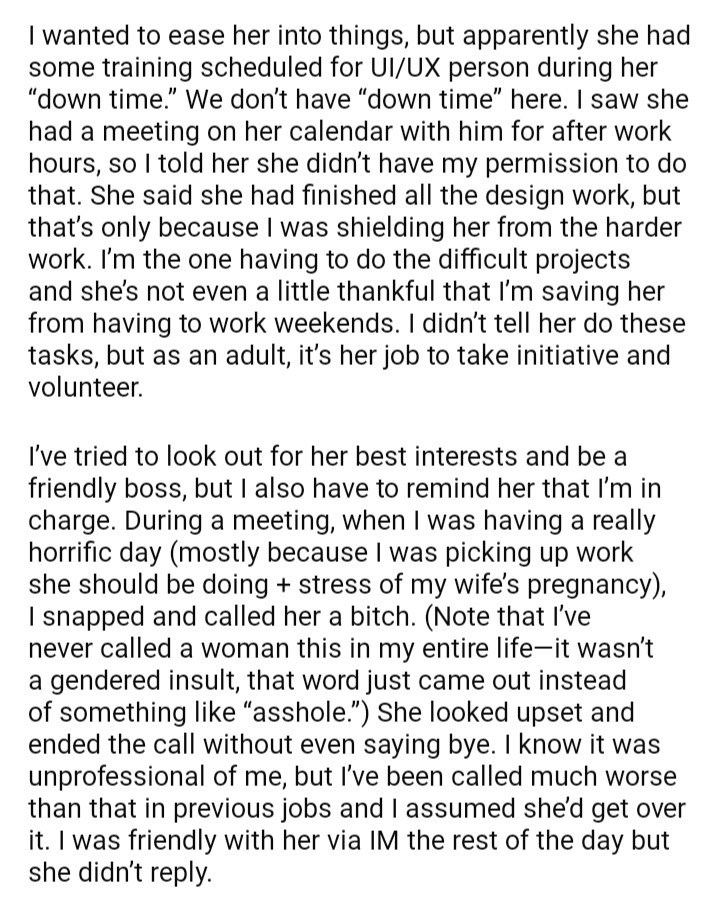 As you can imagine, she didn’t just sit back and take it. She went to HR as she should have.

Honestly, I don’t blame her for going to HR for this. Whether it is a gender thing or not, cursing someone out is just not appropriate. And it is clear that he had started resenting her even though she did nothing wrong. If he is stressed with the amount of work, he should give her the work that she is paid for. He mentions himself that she always completes the work that is given to her so it is not as if she is lazy. She isn’t a psychic so how would she know he needs help? This is just the wrong mindset to have in this day and age.

People in the comments weren’t on his side either which isn’t surprising at all. 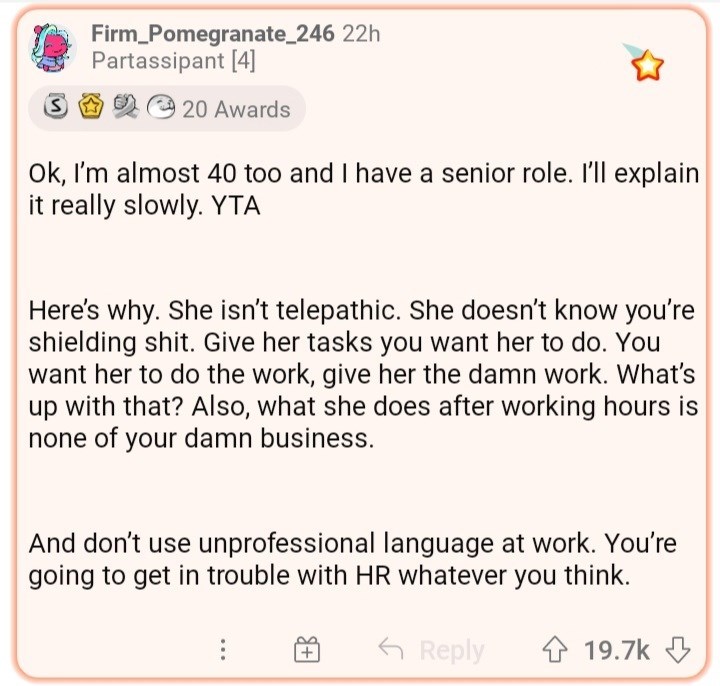 All of them made it clear that he was in the wrong. 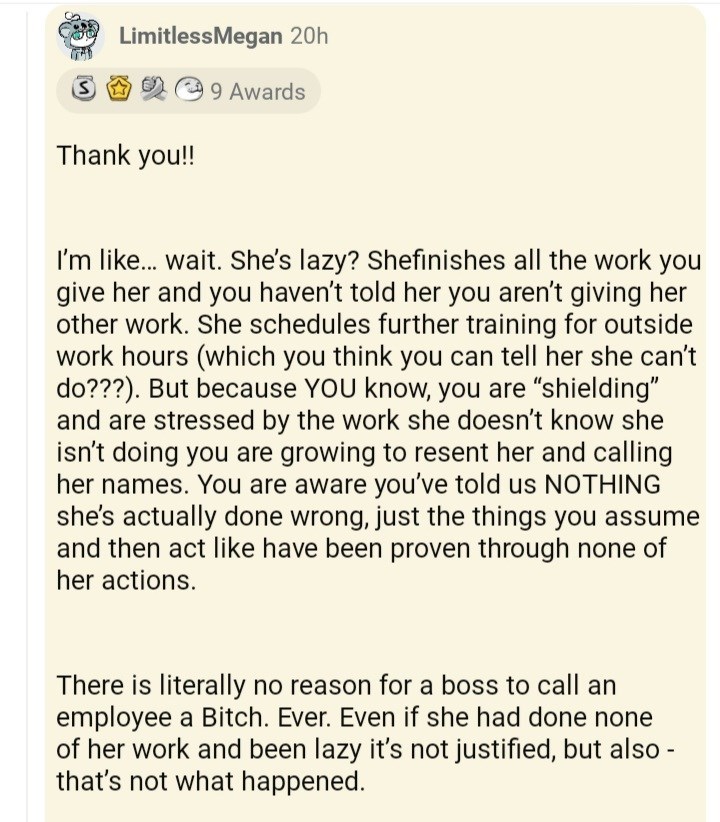 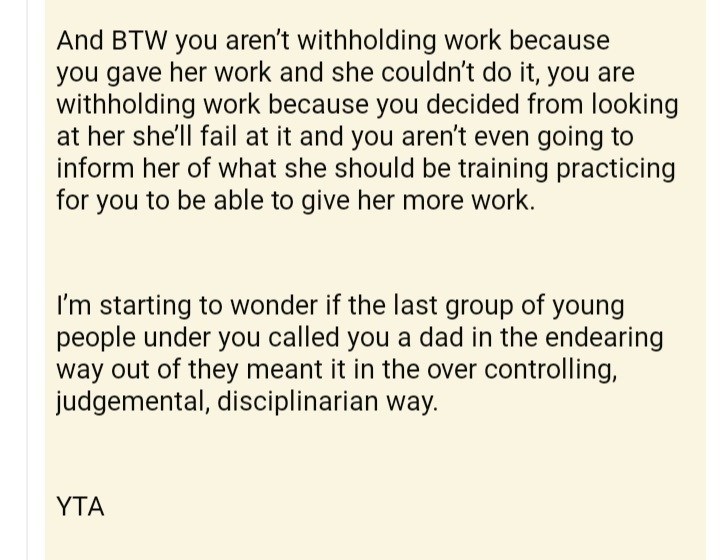 I just hope he takes this criticism in stride and strives to do better. 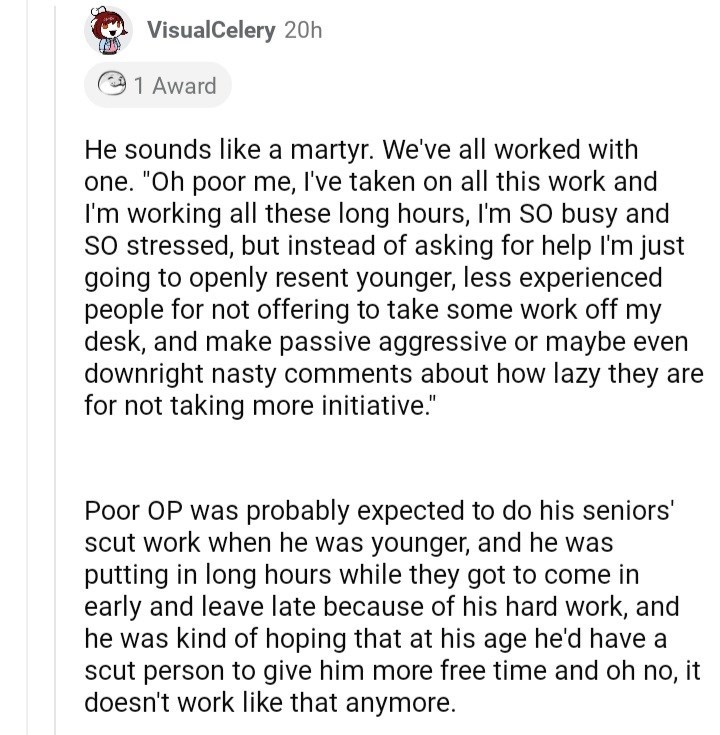 There is no excuse for his behavior, stress doesn’t make you do these things. 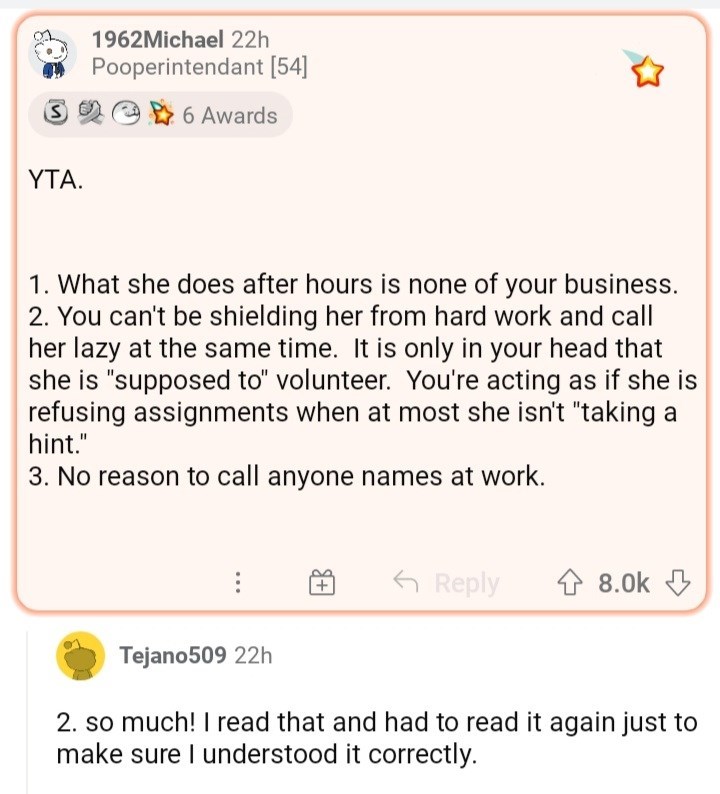 And he has no right to tell her what to do outside of work. 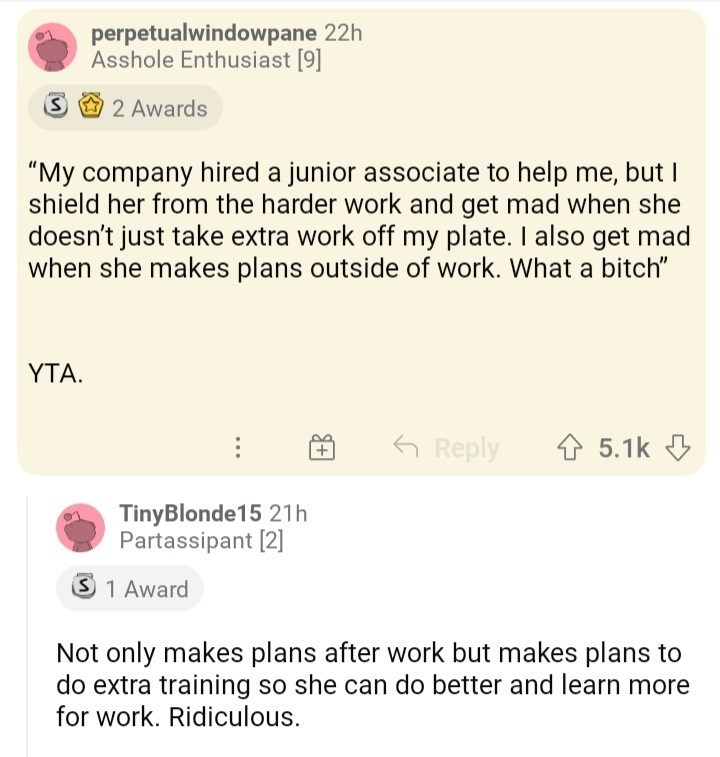 She is not psychic so isn’t it easier to just tell her that you need help? 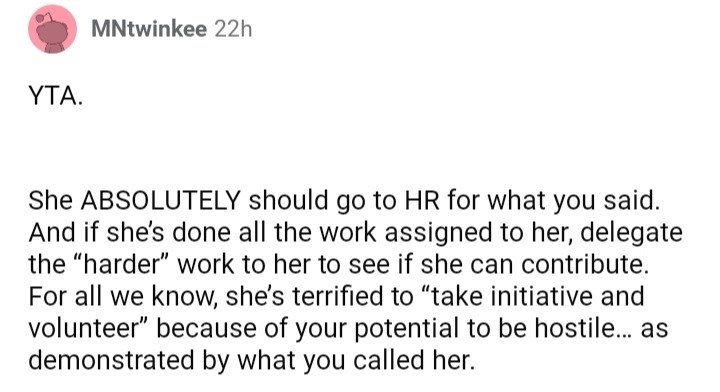 Why must so many people resent younger people for not taking initiative when they are the ones playing these games? 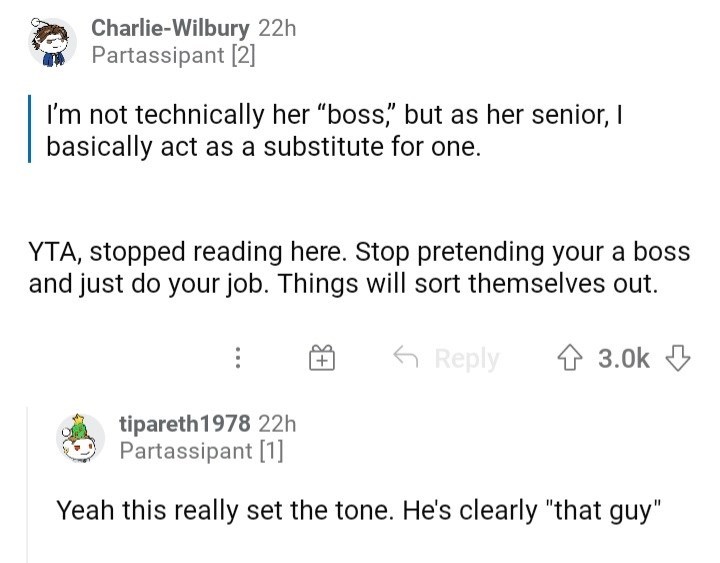 He definitely deserves what is coming to him. 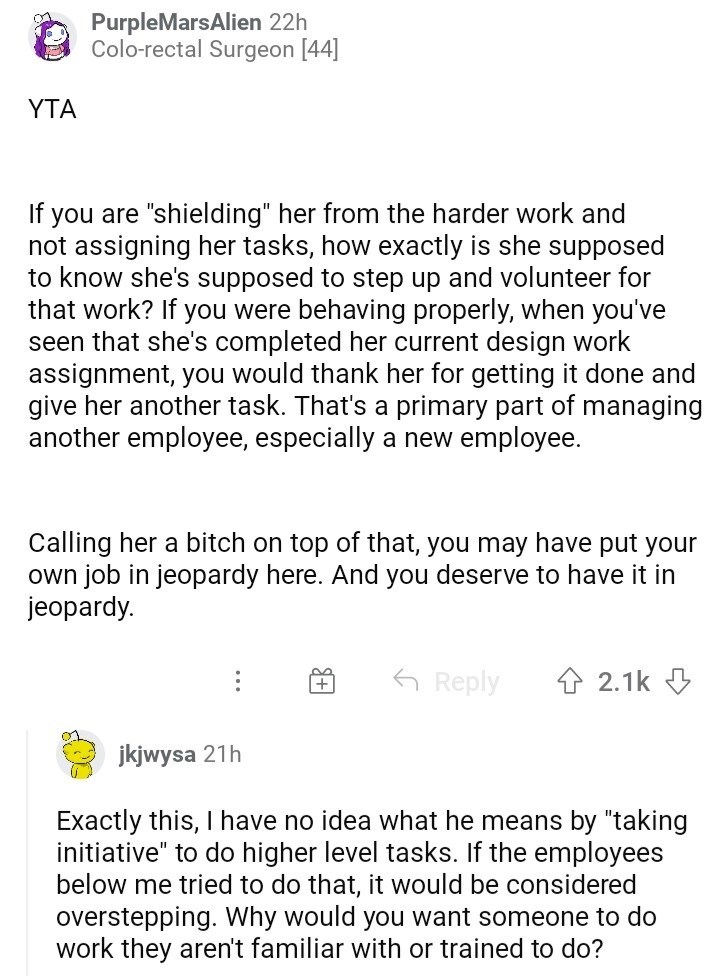 What are your thoughts on this scenario? Do you think the guy is just under a lot of stress and made a mistake or is it significant when it comes to his behavior? What would you have done if you were in the place of the junior? Would you just let it go or take it to HR just like her? Voice your thoughts in the comments below.