I mean, usually an employee is wearing a uniform. And even when they are in casual clothes, they either have a name tag or a hat that distinguishes them. So I really can’t understand why Karen’s keep mistaking customers for employees. Even after realizing that they are indeed talking to another client, they’d rather double down on the lie than admit that they made a harmless mistake. After all, it is impossible for them to make a mistake right?

That is probably why we have another story about a woman who mistook someone for a waiter. And she also decided that the best way to get her attention was to grab her and dig her fake acrylic nails in this poor girls skin until she bled. I wish I was making this up, but I am not. You can read the whole story by scrolling below and taking a look.

This happened before COVID-19 which still doesn’t make the grabbing part any less awful.

What we have here is a group of friends who just wanted to have a fun day out. 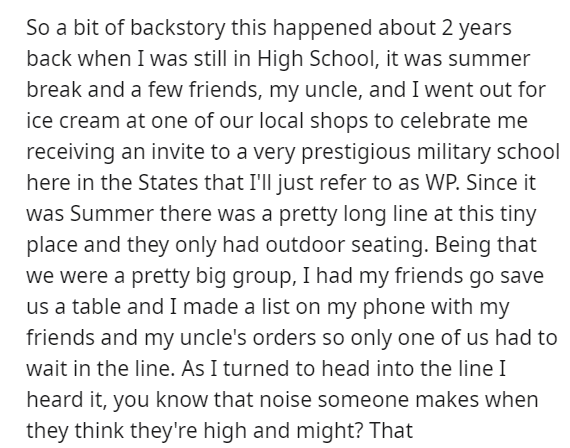 Anyone in her position would be confused. After all she isn’t a mind reader. 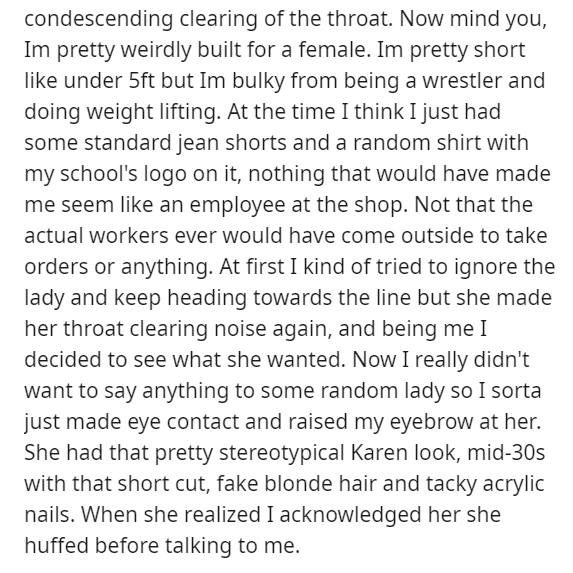 Is she deaf or something? Because this girl clearly stated she doesn’t work here. 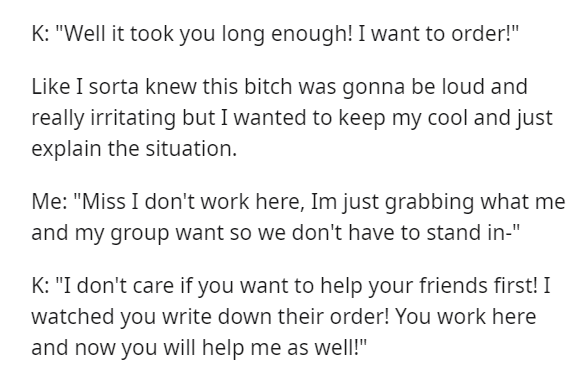 Most people with fake nails would never grab someone in a way that might break their nail. 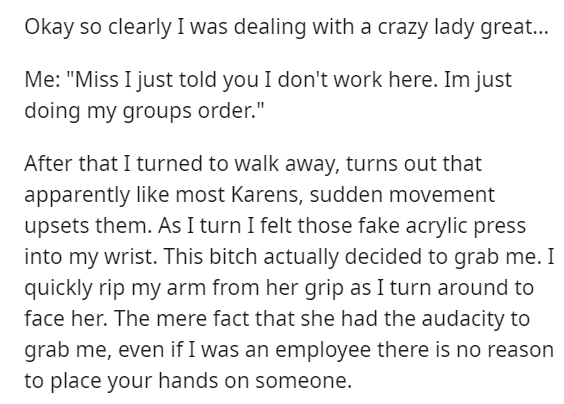 Thankfully it didn’t last long as her uncle quickly intervened. 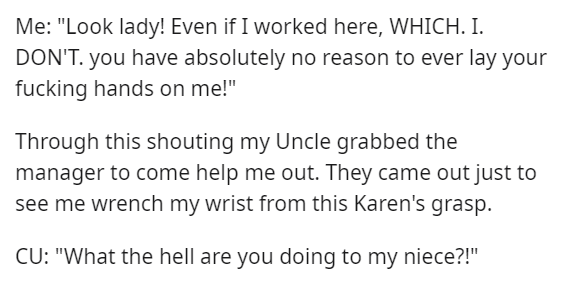 Atleast in this story Karen got what she deserved, and she couldn’t lie her way out of it. 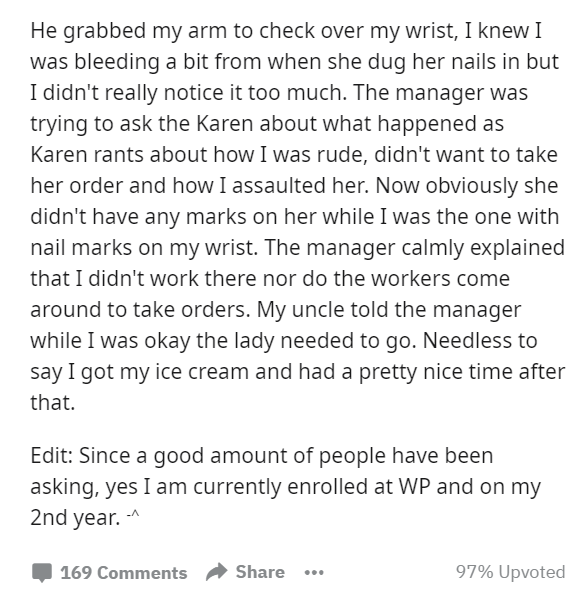 She should have been charged with something. 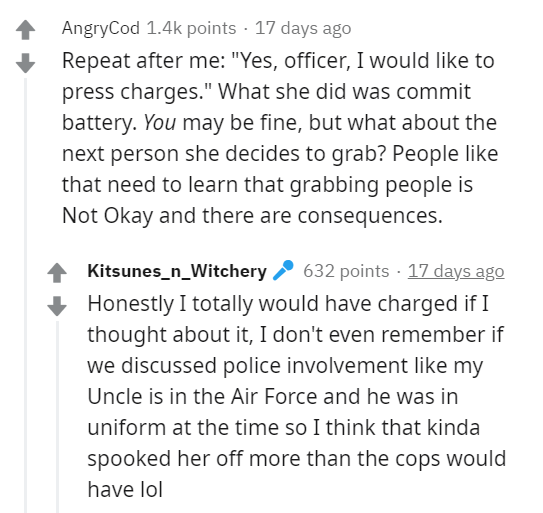 Long nails can actually hurt the wearer if they grab something in a wrong way. 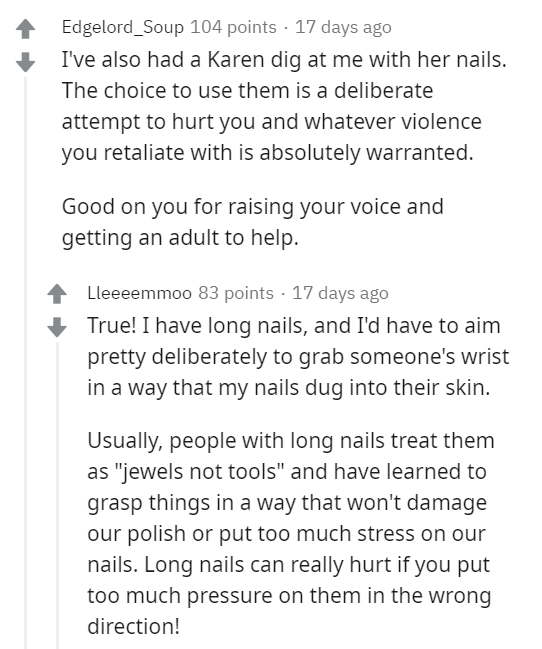 There were also some congratulatory comments. 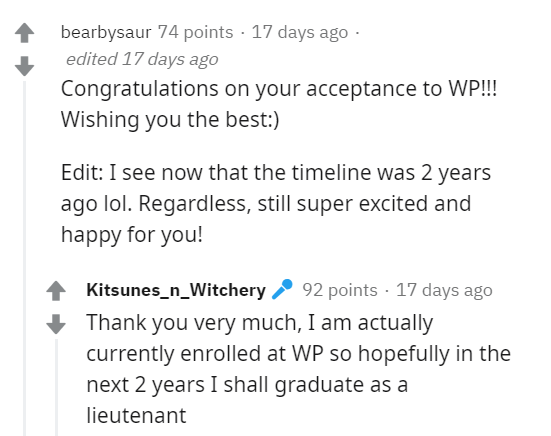 Good Luck in WP. I know a lot of grads from that university, some I consider close friends. Do your best and a piece of advice when you get to your first duty station is listen to your pmatoon Sargeant. Its their job to make sure you look good. A good one will help you out a ton, a great one will help mold you into a great officer that your troopies will follow to hell and back. –rossarron

Her future was more important than getting swift revenge after all. 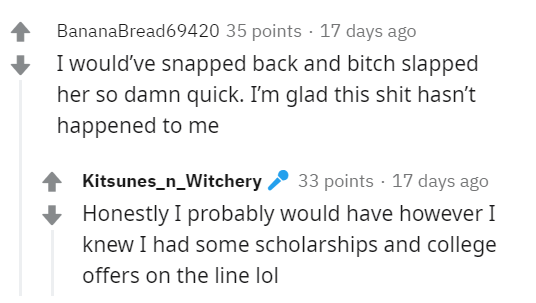 She will probably keep that in mind for future reference. 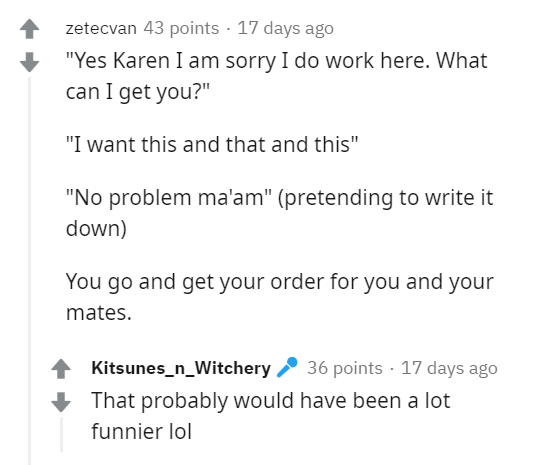 And it would have been justice well served. 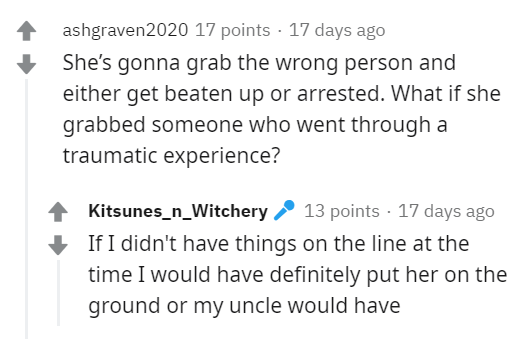 Why is is that every person on this sub always tries to explain themselves? It’s a stranger. I’d just say “I don’t work here,” (I’ve had to do this before) and if they protest I just repeat myself or walk away. If they grabbed me though I would flip out on them. –Tytonic7

What would your reaction be if something like this happened to you? Comment down below and let us know.