We knew this day will come.

The day that a Karen realizes that she is indeed a Karen. I apologize if that sounds a bit confusing but there is no better way to put it. Not the name Karen doesn’t have a whole lot to do with this. People usually call someone Karen when she is a middle-aged woman with an asymmetrical bob and ‘I want to talk to your manager’ attitude.

While many people named Karen know about the memes, they don’t really let it get to them. however when a ‘true’ Karen found about it. let’s just say she blew up and went full Karen. Reddit has finally come full circle and we are ready for it. So scroll on below and take a look.

I can somewhat relate to this. Oversharing is a trademark of our family. 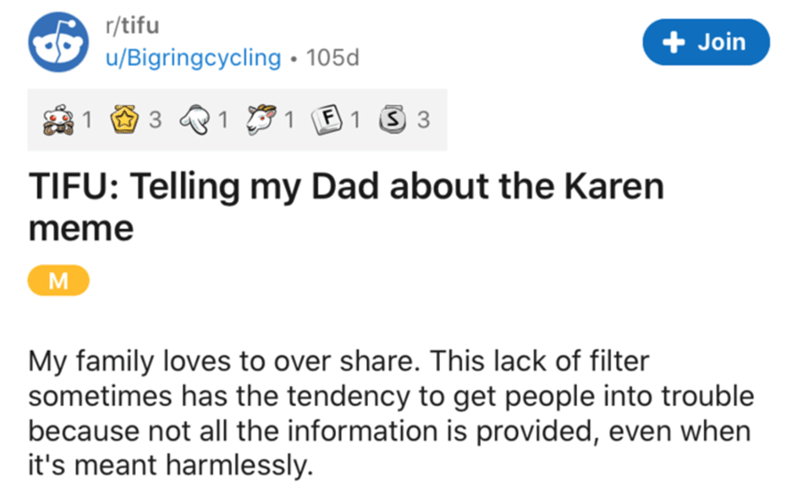 And so a boomer learned what the Karen meme was. This is truly beautiful. 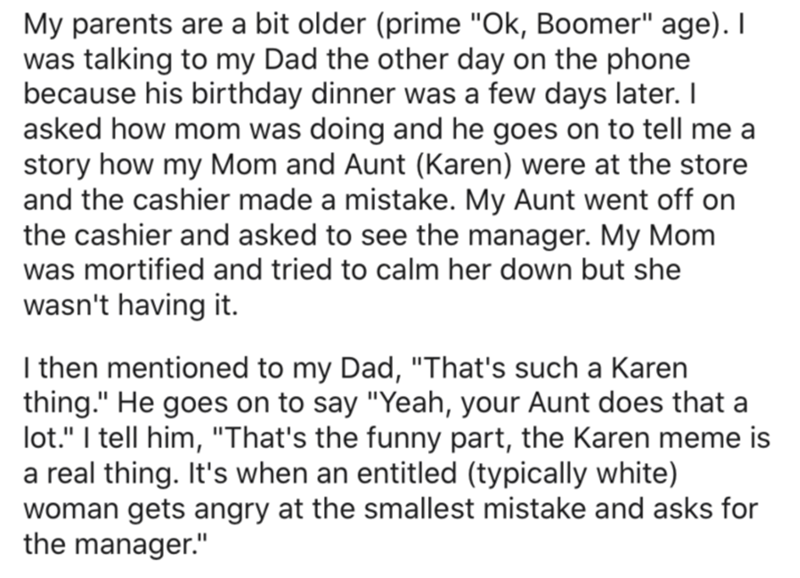 Who knew a son and a father could bond so well over Karen memes?

This is when harmless fun turned into something else. 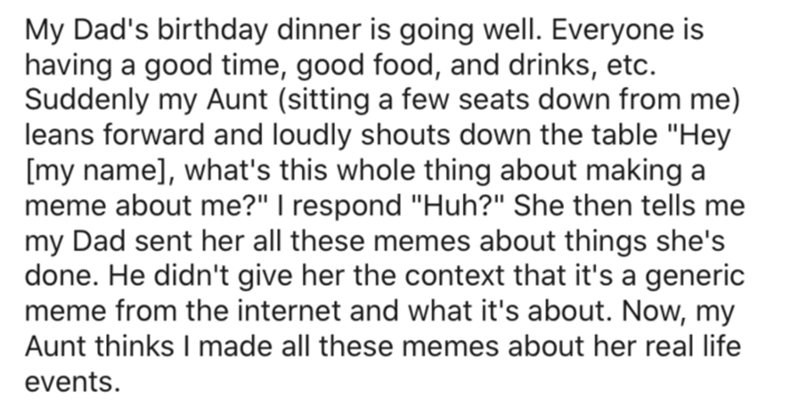 It is hilarious that the Aunt couldn’t tell the difference. 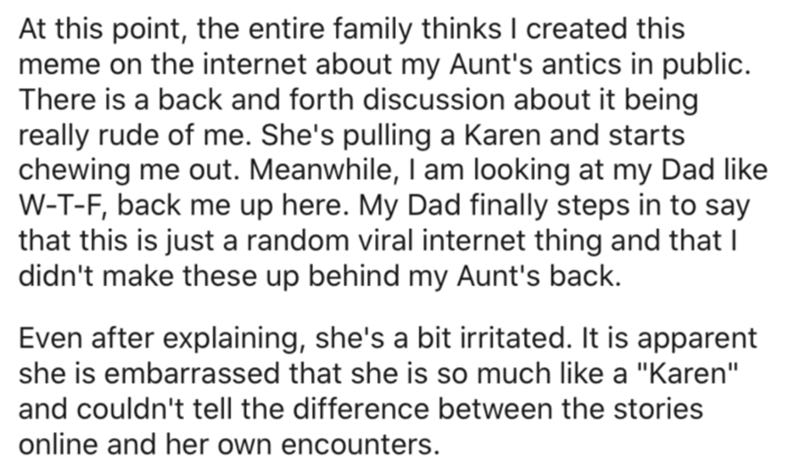 While you might have thought that the meme would have made her realize how bad she really is. But this is a Karen we are talking about so of course she didn’t become self-aware and continued on her tirade. I am sure that if there had been a manager at this family dinner she would have asked to speak with him.

Knowing Karen’s, She’ll think it’s all about her. 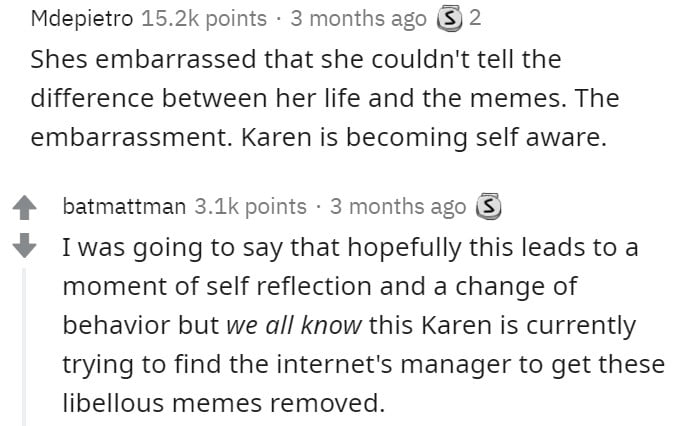 It wouldn’t have been this funny if she had.

Although isn’t everyone like everyone else? Nobody is truly ‘unique’ after all. 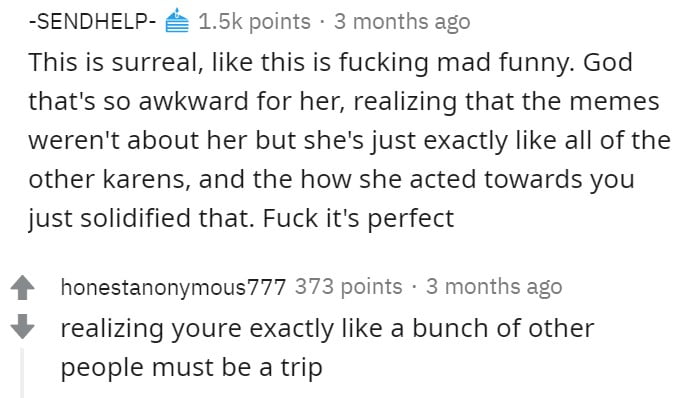 Good on you for owning your name! 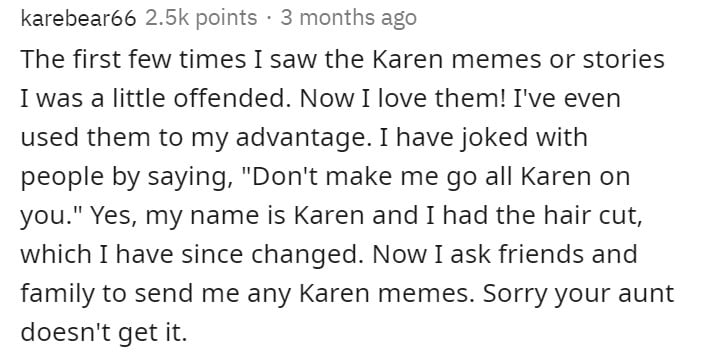 I think the Karen meme is a bit overused and loses its roots. On the other hand, if someone thinks that every Karen meme is about them, that’s maybe a hint to make them second guess at least some of their actions.

What I take from this post is that she’s become a little bit more self aware and maybe kinda thinks about the situations somehow differently in the future before she acts.

But remember: for every Karen out there, there’s an anti-Karen. Someone who let’s themselves be screwed over and doesn’t voice concerns or demand compensation when it’s perfectly reasonabley to do so.

What did you think of this Karen story? Do you have similar stories that you wanna share with us? If so comment them down below!