How low can a person stoop?

I have never understood the entitlement behind some people. I get that sometimes we can be in a hurry and thus want everything done quickly but that doesn’t mean you can be rude towards everyone you meet along the way. However, we all know Karens don’t care about that and think they deserve everything the world has to offer and will do anything to get it.

I always thought there would be a limit to a person’s entitlement but after reading so many similar stories on Reddit, I have lost faith in humanity. Do you know what a normal person does when they mistake a customer for an employee? Apologize and move on. Not Karens! They double down and insist that they ‘help’ them even if they don’t work in that particular store. After all, they can be expected to do anything themselves.

How come that isn’t true for any store I visit in my country? 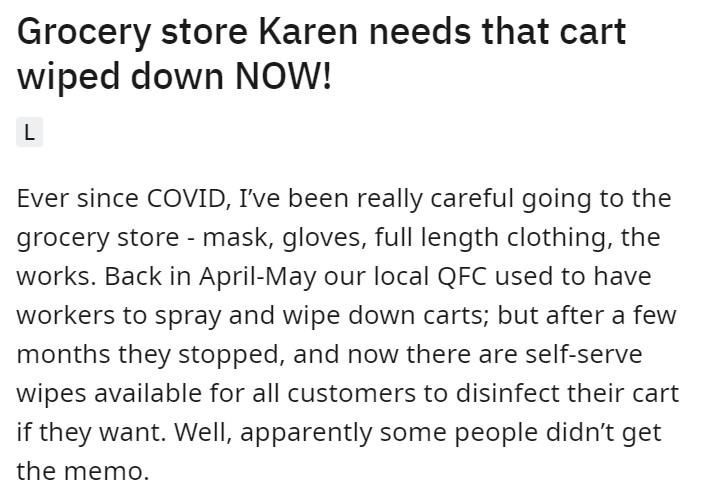 I myself have made this sort of mistake many times but a simple apology does it.

I think we all know where this is going.

Did all other carts vanish or something? Or could she not clean one herself? 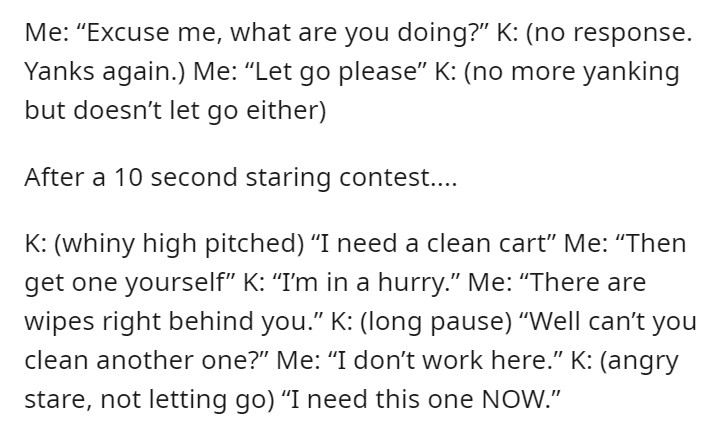 The cherry on top is she had apparently lowered her mask as well.

When I worked at Whole Foods in April-June, I was positioned as a greeter and would need to wipe people’s carts. People would just shove their carts from a few feet away and do that throat-clearing thing as if to signal that they needed their cart clean.

After a few people did that to me, I’d ignore them and just push the cart into the store & say “I’m sorry you didn’t say anything.” After a week of this, I broke down and cried as I was cleaning a lady’s cart which she didn’t even react to. I was taken off that position after a while. –vald0ntcare

Not many people like conflict but it is good to stand up for yourself. 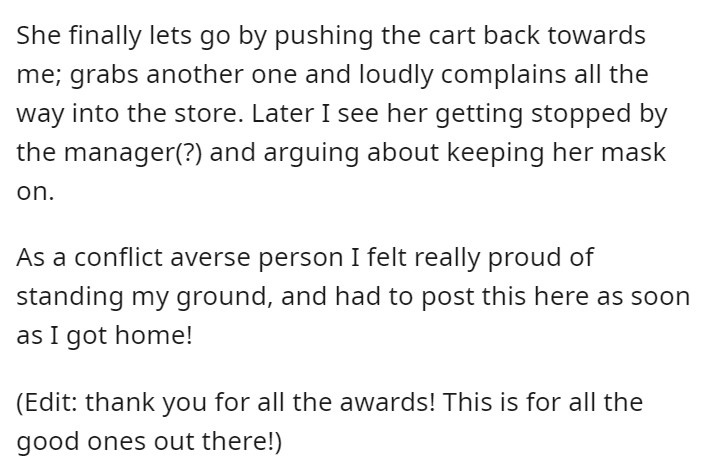 People need to stop thinking that the world only revolves around them. 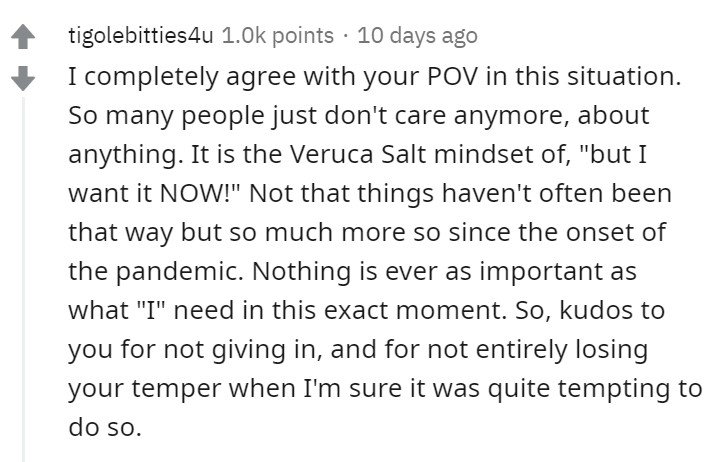 I can say with absolute certainty that this is true. 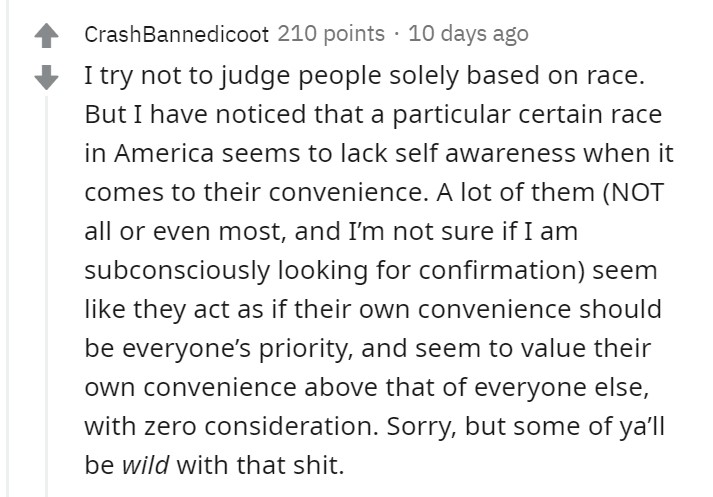 He actually leveled up a lot since he faced a low-level Karen boss.

Grocery store Karen’s are the WORST! You did right by standing your ground. These people need to be put in their place. Now, I do not mind conflict and I will rip a Karen or a Kevin to shreds without a second thought. They create the drama, they think they can say and do whatever they want. I once was accosted by a pregnant Karen.

Usually, I will leave a pregnant woman alone and let things go because, well, they are growing a human and that can be miserable so I give a fellow woman a pass, BUT…I once had a pregnant Karen accost me in a store. My natural instinct when someone grabs me from behind is to get in fighting mode.

I yanked my arm back, kinda cocked it back like I was gonna hit her, not knowing she was pregnant. She quickly turned up the volume, screamed as if she was the victim, and yelled that I assaulted a pregnant woman. I told her that is what you get when you put your hands on people without their permission. She screeches, “But I’m PrEgNaNt!” I looked right at her and said, “Bitch, you’re not pregnant in your face!”

I turned around and went about my business. When I get to the checkout, the cashier told me they have an issue with her every time she comes in and that she’s been banned but keeps coming back and the manager won’t kick her out. –kikivee612

That would have been quite hilarious and I would have loved to see it. 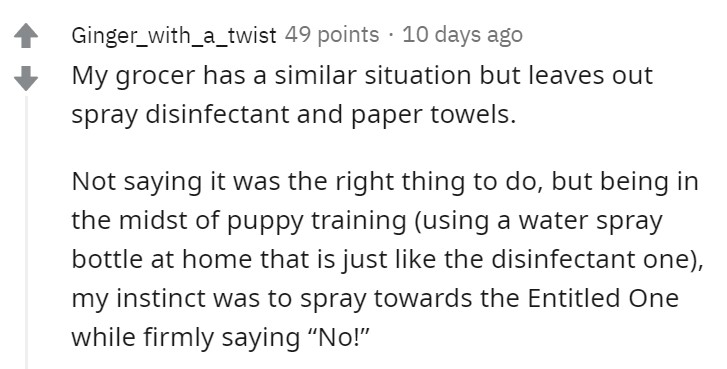 I can just imagine the look on their face.

We all need to channel our confident inner self sometimes.

How would you have dealt with this situation? Comment down below and let us know.