Keeping a tradition alive can be important.

Especially if it is anything related to Christmas and all the gifts it brings. We all know that sadly Santa Claus is not real. However, many kids do not and they can be heartbroken if they find that out the wrong way and too early. Although it doesn’t have to be that way as made clear by this family. You see rather than telling them straight-up that Santa Claus is not real. They have a great plan in place.

When a kid starts to question the existence of a fat man coming through chimneys to leave gifts and eat cookies, this family sets their plan in motion. After all, every parent knows anything can be packaged with a life lesson if you try hard enough. So scroll on below and take a look for yourself at what this family devised to get their kids to give other people gifts without expecting appreciation in return.

Rather than stop believing in Santa, they become the Santa themselves.

They apparently have a whole plan in place as to how to break the ‘big news’. 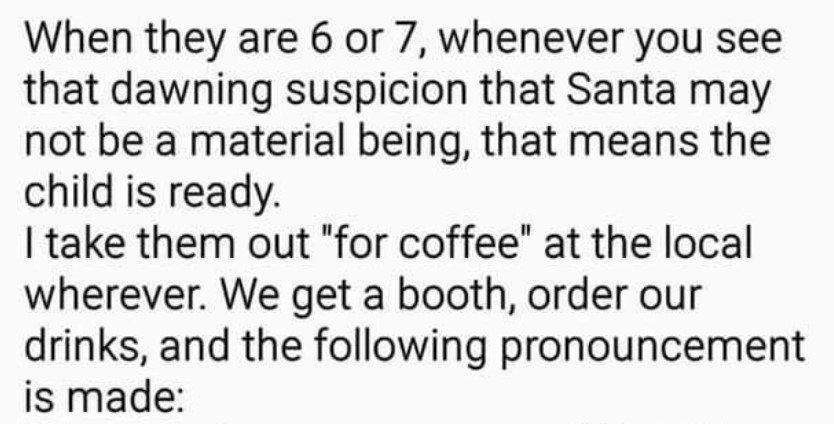 And it is especially ingenious since which kid doesn’t want to be Santa? 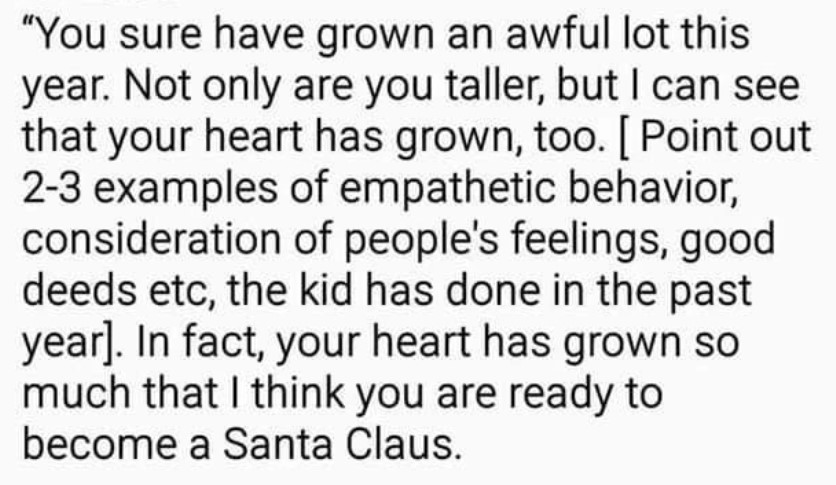 If my parents had done this when I was younger, I would have been quite excited.

This is where the kids realize why ‘Santa’ does what he does. 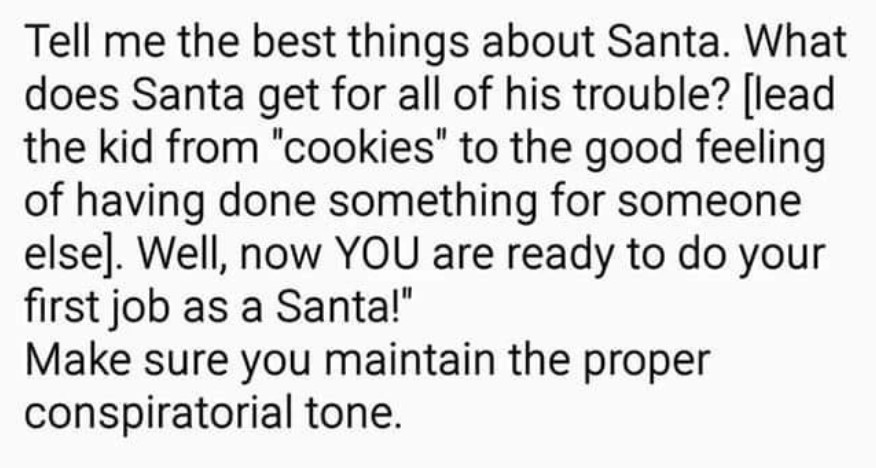 So they understand that recognition isn’t really important when it comes to gift-giving. 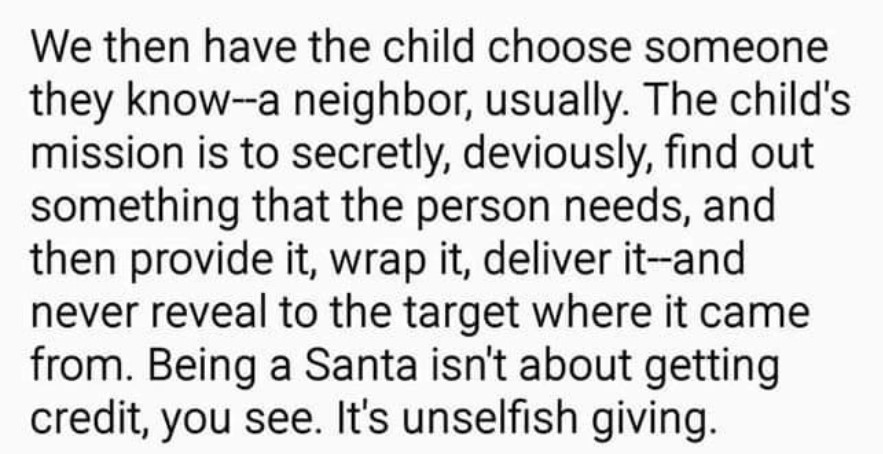 My family did this. You grew into being an “Elf” that helped mom and dad with secret missions for your siblings, even through adulthood. We all knew what each other liked even during those pesky teen years when we didn’t talk to them. It’s too early for our kids, but they soon will graduate into the same role as they get older.

I still do St. Nicholas for my family on December 6th as a tradition. –CharCharBeast

And this is how he found who he would give the gift to. 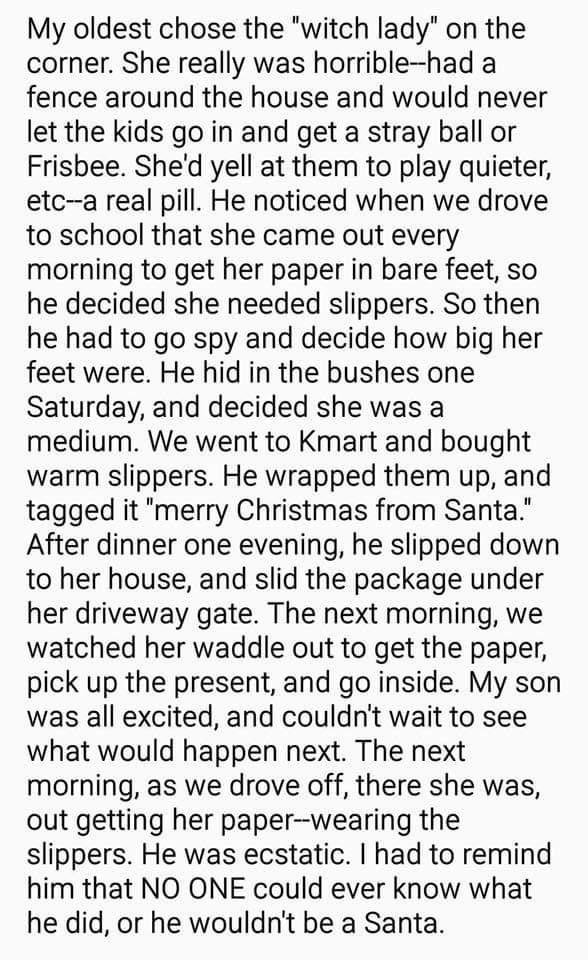 There is no better feeling in the world than making others happy. 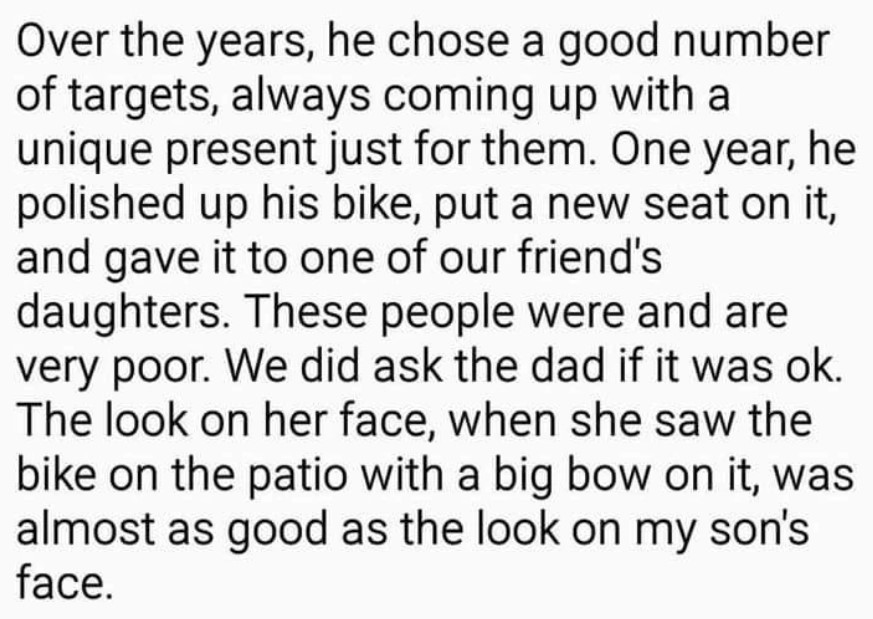 It is an unending cycle.

I helped in a project we used to do at the school where we got funding and treated about thirty kids to the opportunity to go shopping. For their family members.

We walked around and I talked to my little girl about who in her family she wanted to give what and why. Then when we got back to the school we set up hot chocolate and cookies with wrapping paper and ribbons so the kids could keep them a secret. –SometimesRightProbablyWrong

How do you break the news of Santa not being real to your kids? Or did they realize themselves as they grew up? Comment down below and let us know.