There is a thing called the internet.

This may seem obvious but we have all the information about the world in our hands. And yet so many landlords tend to forget this part. All this information also means we can check up on laws for where we live in a matter of minutes. So why do these people think they can pull a fast one on us? Because sometimes scare tactics work and people just agree without doing their research.

Not this time, however. You see this landlord wanted to keep the rent as a security deposit and that isn’t how the law works where this particular Reddit user lives. So when he tried to lie, OP was quick to show him what his research had told him. As you can imagine, there wasn’t much he could do after that unless he wanted to get sued.

I can’t say I haven’t had to deal with these sorts of landlords. 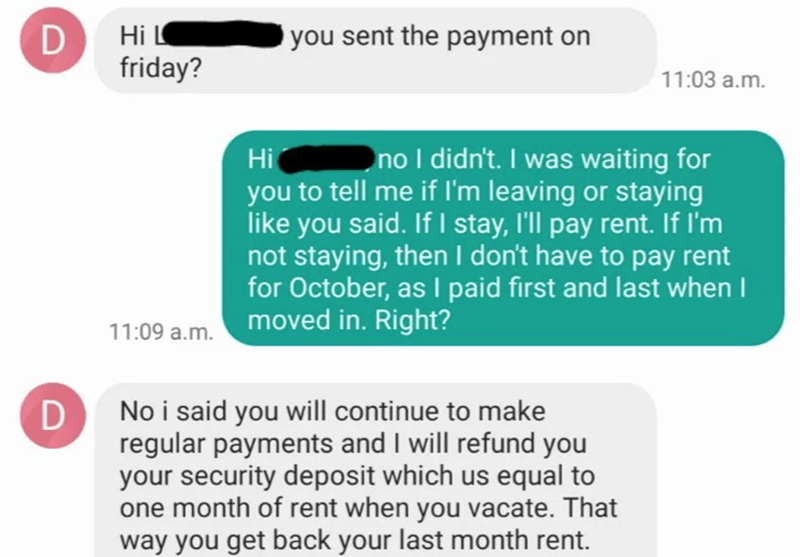 They just want to squeeze you for all you are worth and then some more. 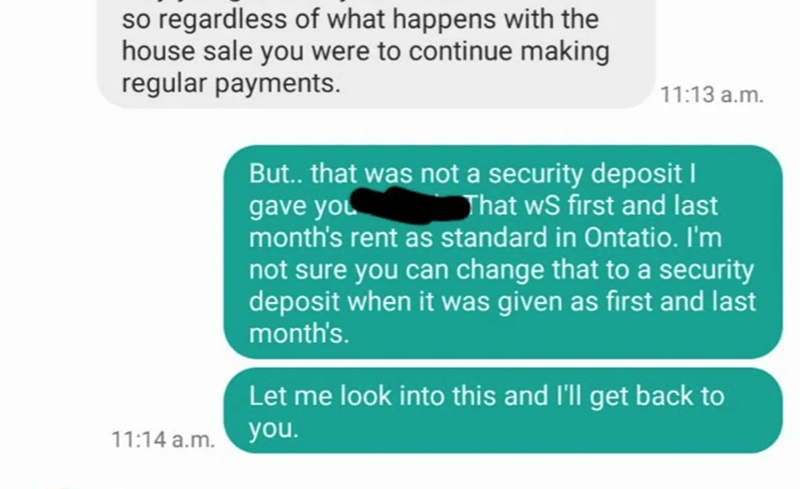 OP quickly and calmly explained why the landlord was utterly wrong. 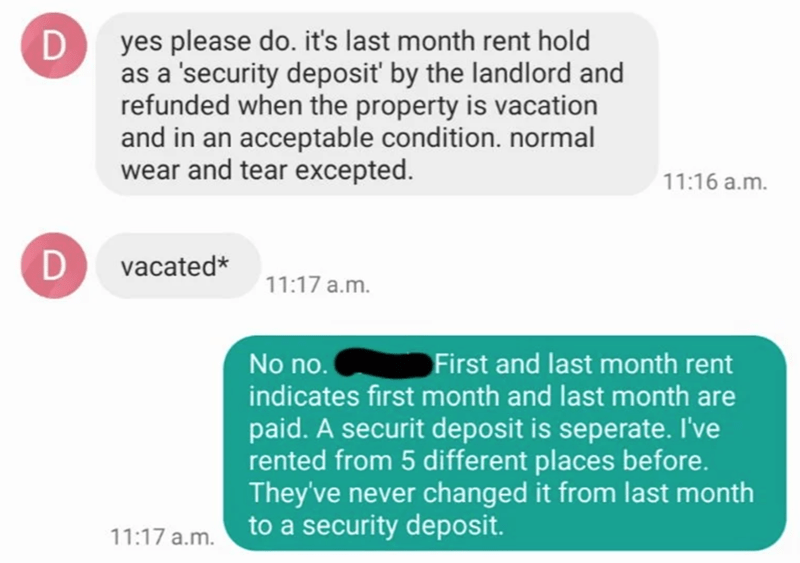 And he had to concede since the Reddit user had backed up his words. 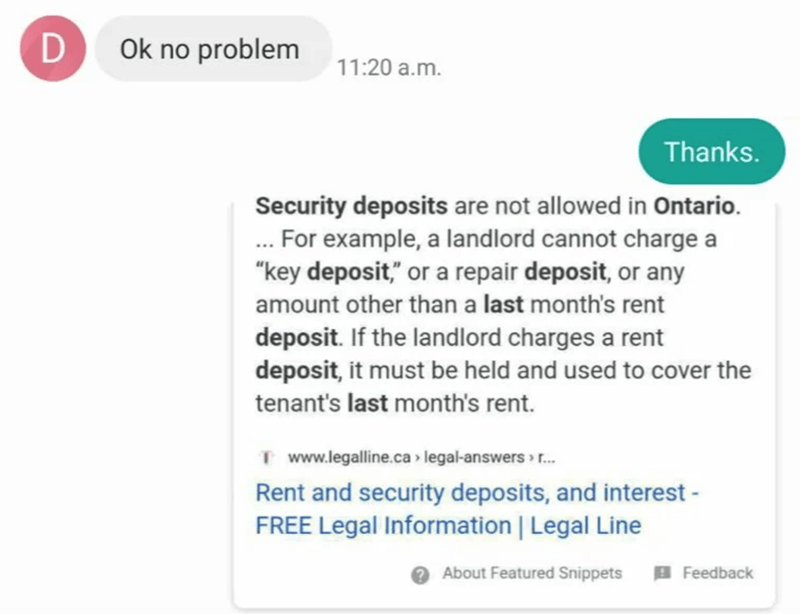 That understood sure is satisfying. 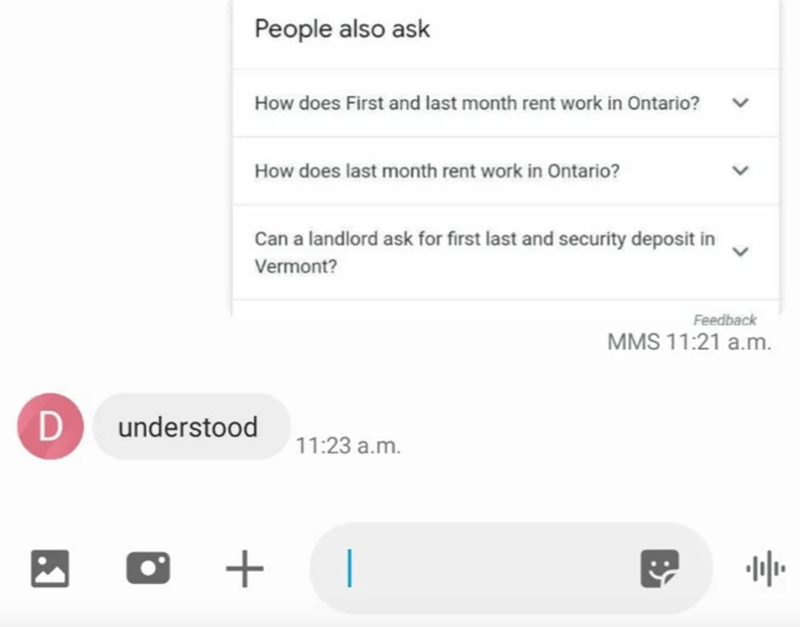 I don’t think it was a mistake. If it was he would have apologized. 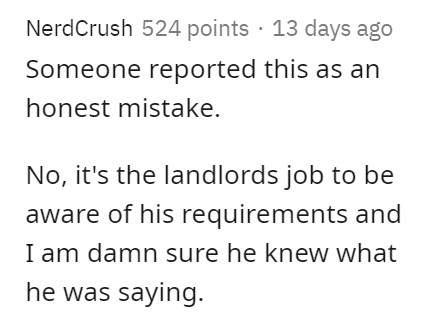 100%. Buddy knew what he was doing. Just wanted to see if he could pull one on me.

Edit: he also screwed me over on the rent price at the beginning of my tenancy. He offered one rent amount, and then switcheroo when I came to sign the paperwork and put me on the spot because I was desperate. Wasn’t going to let him get this one. –beanieking

That about sums up their thought process. 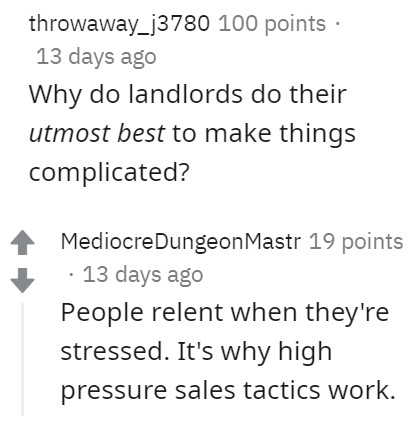 I am just glad he didn’t get ripped off by his landlord. 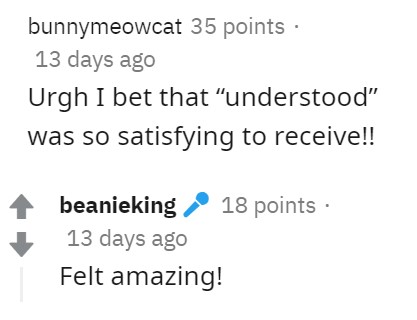 There was no ground for them to stand on. 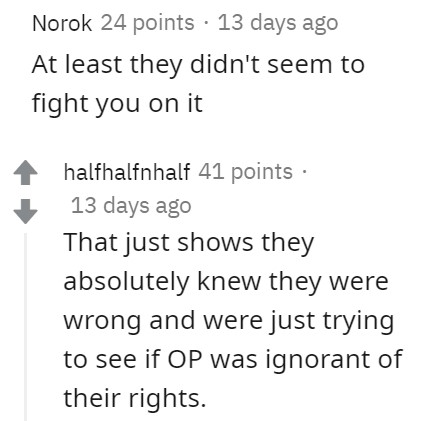 I mean – what could he even say?

Anything could easily be rebutted with “Ok, see you in court.” –beanieking

Most places are lousy when it comes to deposit fees. 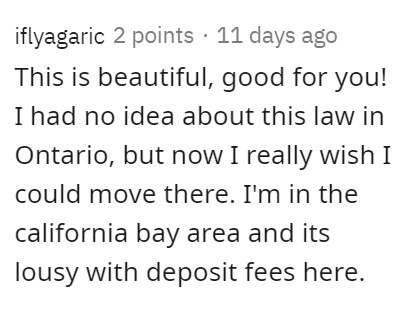 How would you deal with such a landlord? Comment down below and let us know.