People need to deal with their own emotions.

In recent times, it has become a sort of culture to feeling sorry for a person who likes you even if you don’t reciprocate their feelings. And it is seen as rude if you are honest and tell them straight up. I am not at all saying insulting the individual who likes you is the way to go but their emotions are their own issue and thus it shouldn’t cause problems to anyone else. However, many people don’t agree with this.

Because there are so many stories where people forget abhorrent behavior just because it was done ‘in the name of love.’ Just because you have feelings for someone doesn’t excuse what you do for them or towards them. And this particular lady just couldn’t keep it to herself and just needed to announce it to everyone. She kept calling herself the work wife even when OP had specifically told her he wasn’t comfortable with the term.

It might seem like a harmless thing but he didn’t agree to it so why force it on him?

He starts off by giving a bit of background on his work environment and how they are a tight-knit group.

However, he learned that ‘Eva’ was calling herself his work wife which clearly made him uncomfortable. 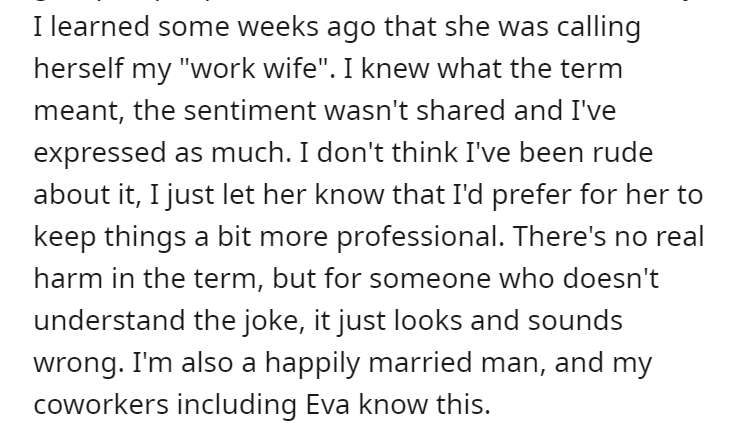 So he talked to her about it and thought that was it.

But she wasn’t done as she brought up the joke once again at her wife’s baby shower. 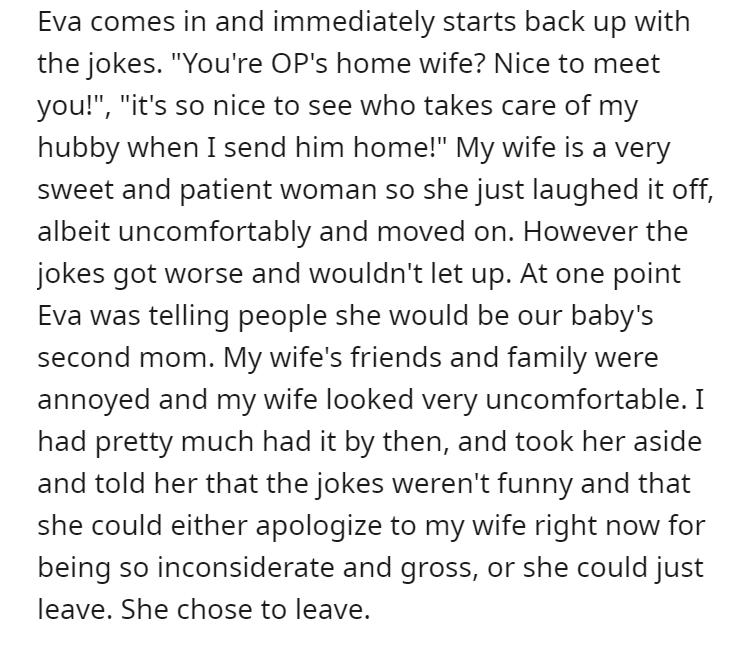 He kicked her out and thus his friends are now telling him he took it too far.

She’s young and probably didn’t understand the gravity /weight of her words. I could be an a** for not giving her a clear warning and just giving her an ultimatum.

People in the comments were quick to get on his side. 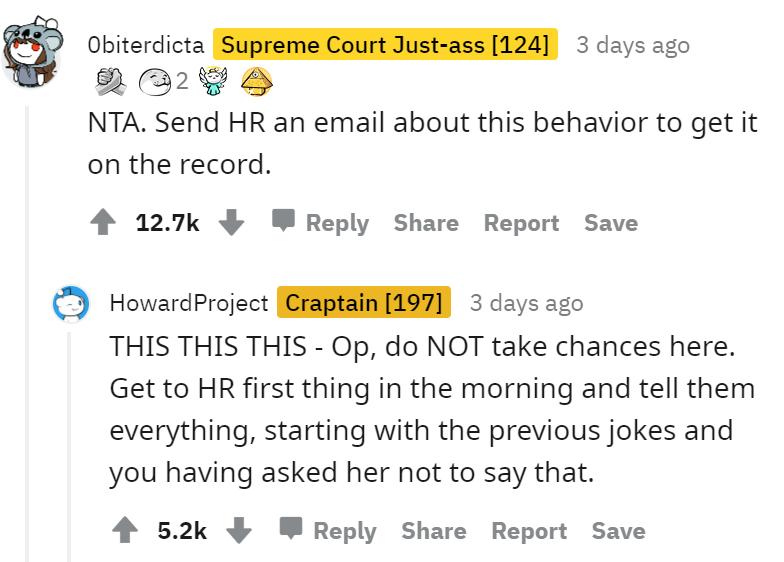 And many recommended that he report her to HR before this escalates even further. 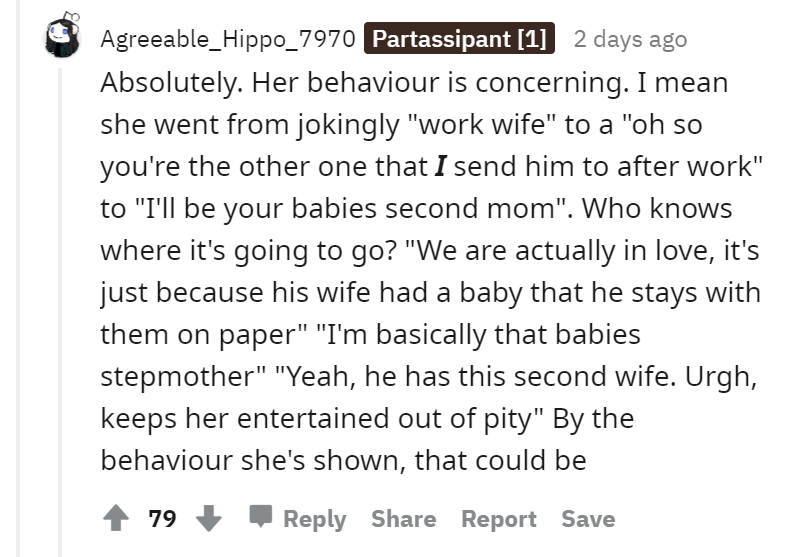 What she is doing is not at all professional and she needs to learn. 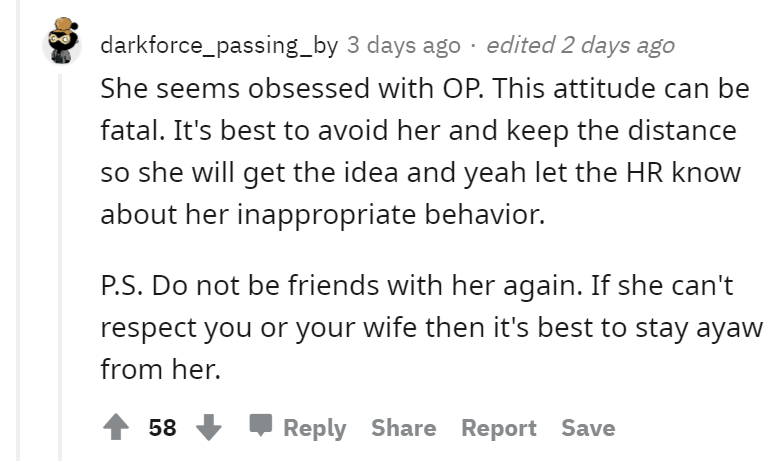 Seriously! If OP was a woman and it was a man making these comments nobody would think it was ok. The fact that his co-workers feel that way is a little messed up. NTA and I know I’d sure hope my husband would ask a coworker pulling that shit to apologize or leave my home too. –Dewhickey76

The term itself is not bad if used in the right context. 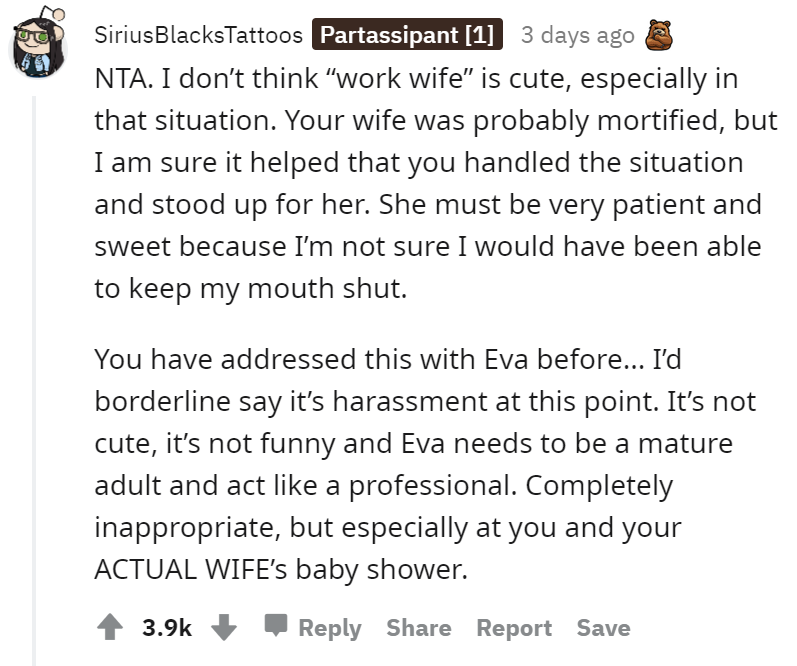 Whatever punishment she has to suffer, it is the consequence of her actions. 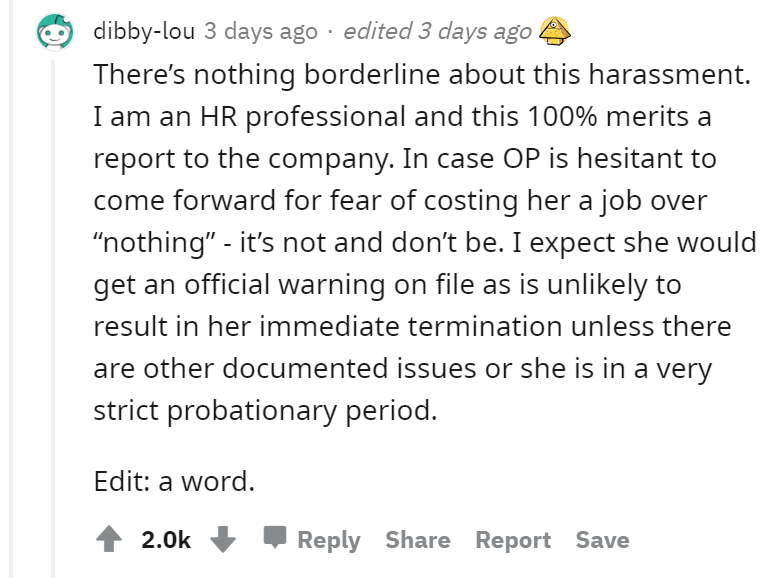 And some users didn’t like the term at all and said it further perpetuated a harmful stereotype. 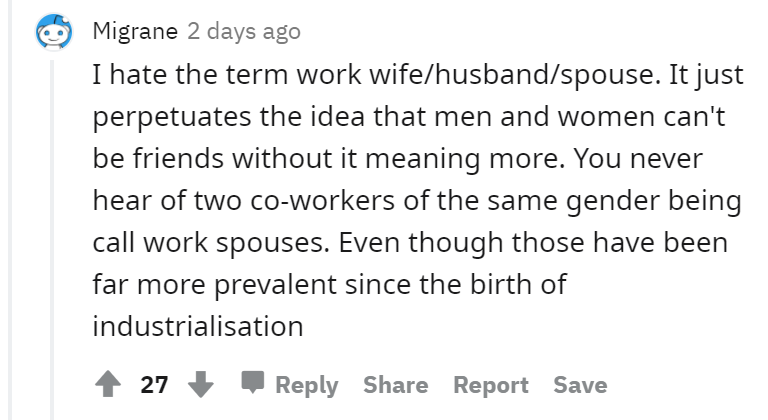 So I think when both would have referred to her as „work wife“ because they would be like best friends on work and both laugh about it, then it would have been okay. But this situation was totally different and I second your comment. –Straight-Bee9783

It isn’t as if he didn’t ask her to stop in the first place. 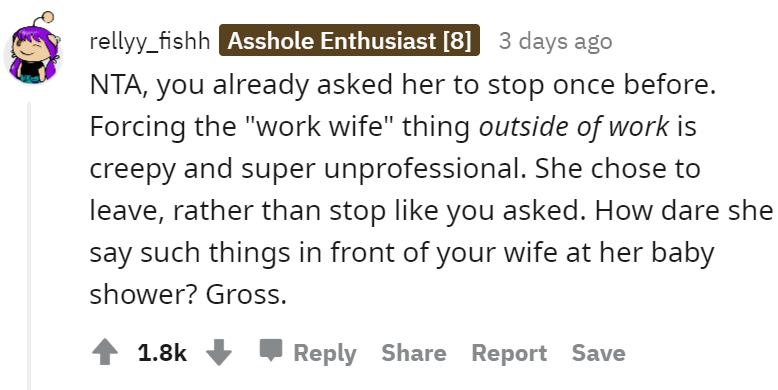 Nothing excuses her behavior. 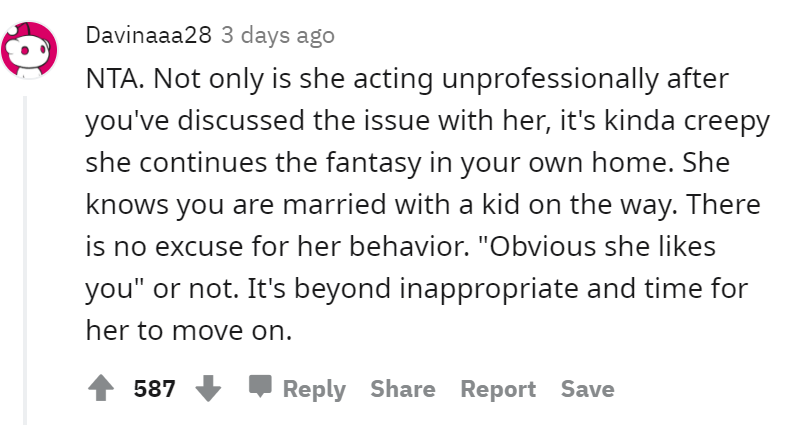 Just as this comment mentions, having a crush means nothing and one needs to deal with it themselves. 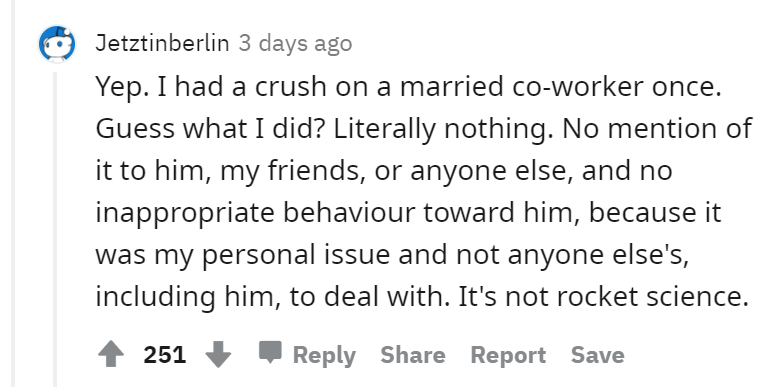 Inviting her wasn’t the best move but he probably didn’t want to make things awkward.

What are your thoughts on how he dealt with her? Should he report her to HR or talk to her once again? Comment down below and let us know.