It’s never nice to hear when someone says you smell.

Especially if it is your partner. However, most of the time, it’s probably because you haven’t showered or brushed your teeth. Although if they do it every day even after you have cleaned yourself, there is something serious going on. Either it is a smell that only they can decipher or it is a medical issue.

However, it is none of those things in this particular story. You see, this guy kept telling his girlfriend every day that she smelled. It got so bad for her that she would shower twice a day just so he wouldn’t complain. It finally reached a tipping point when other family members said that she smelled like a lush store rather than actually smelling bad.

She even went to the doctor who found nothing wrong with her. Turn out something was wrong and it was her boyfriend.

Unless there is a medical reason, nobody can smell bad everyday. 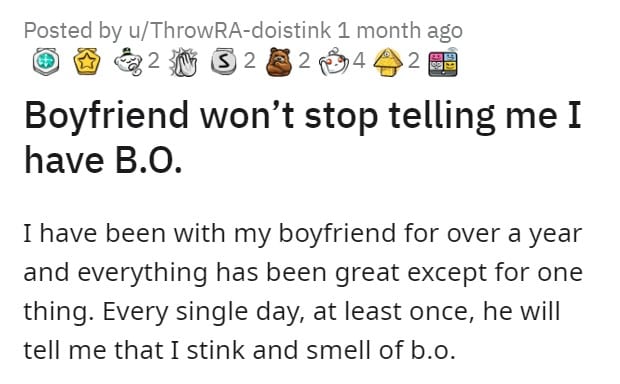 That sounds a little excessive in my opinion. 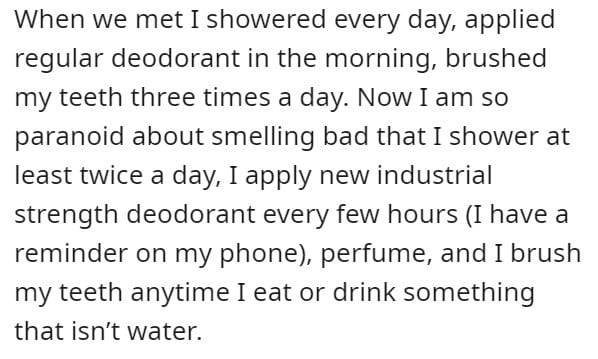 I mean if you use that much deodorant, that is bound to happen. 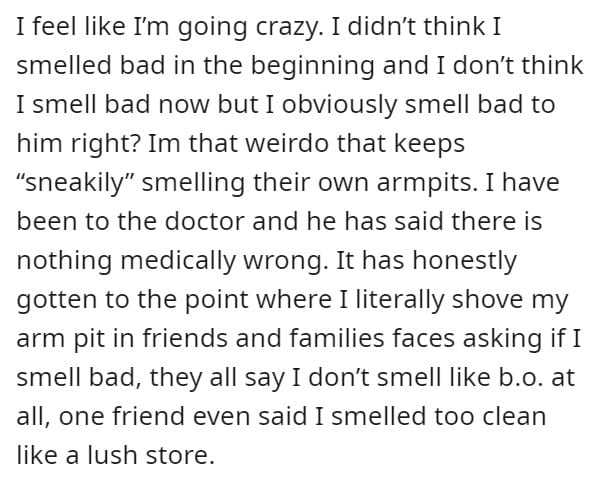 She finally confronted the guy asking him what was wrong. 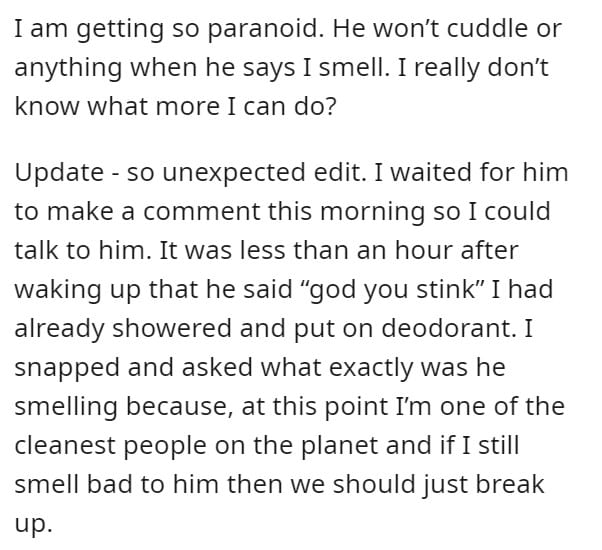 People believe that stupid legend that the opposite gender is that completely different, unknown and mysterious species that even this completely absurd bullshit makes sense to them.

It perhaps would make sense for a skunk or a alien, but how delusional you have to be to unironically use this on a human? –rarkis

As it turns out, he was the problem all along. 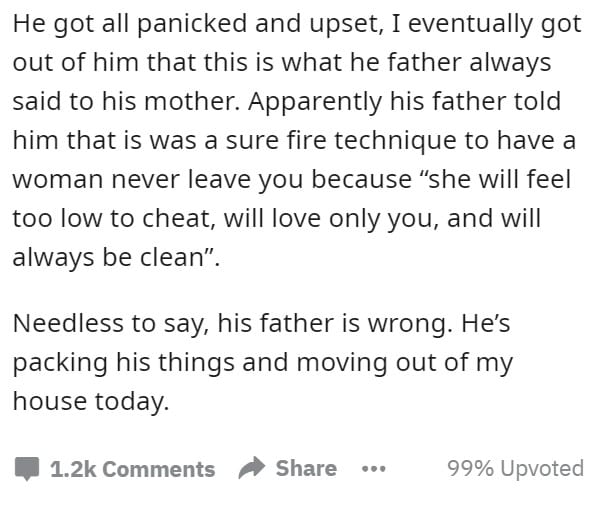 I can’t imagine thinking telling some they smell is the only way to get them to be with you forever. How about being nice and considerate for a change? Honestly, his father seems to be a huge culprit in this sort of thinking. I feel bad for his mother.

Hopefully, he goes to the therapist to learn from this.

I really hope he won’t do this to the next person he dates. 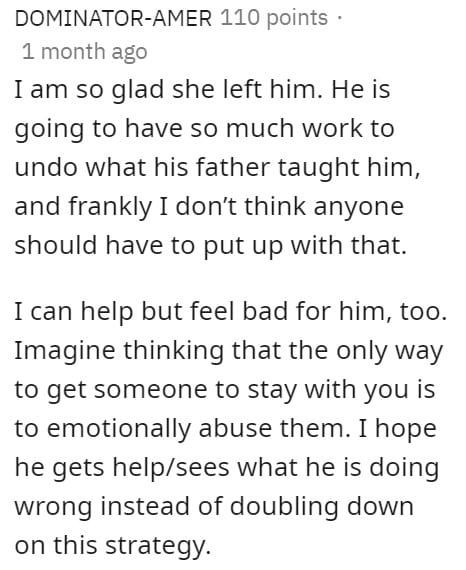 That would make anyone want you right? 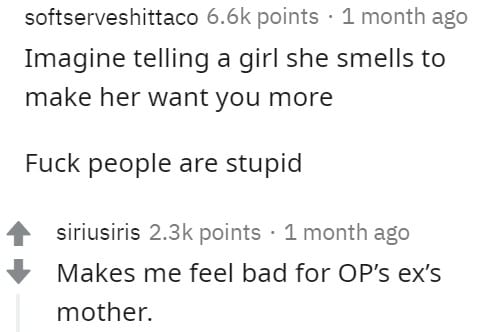 She did the right thing by dumping her sh*tty boyfriend. 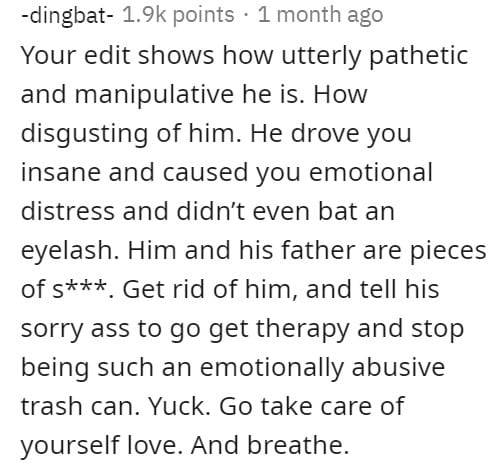 What would you have done in this situation? Would you have dumped him right there and them or tried to work things out? Let us know in the comments below.