This Lyft rider left their phone in the vehicle. It happens all the time. You’d think that resolving the problem would be simple, but that’s where things became tricky. This person decided to lie his way into a phone hostage situation in a position where doing the right thing would have cost him nothing. And this individual was not going to allow it to happen. So she decided to file the case to rhe police. She did not get her phone back from the scammer, but at least held him accountable. Following is he story of OP in her own words. Do give it a read till the end.

1. When OP’s phone went missing, the driver reported that he has it and claimed he’s out of town so the total bill would be as follows.. 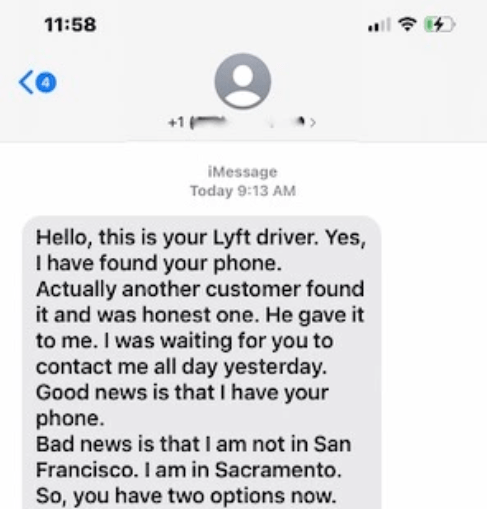 2. He claimed the total cost to be $300 after all the calculations 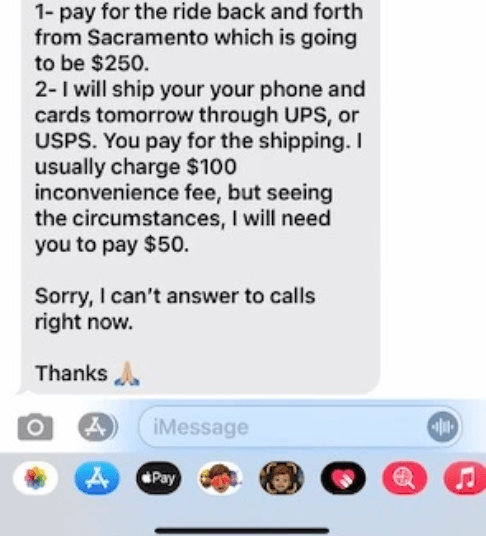 3. This was what the driver claimed i.e. he is not in San Francisco

4. But OP was smart enough to check her phone and she knew that the driver is lying as he was picking rides in the city

5. The driver was dumb enough to think that OP can’t check her phone’s location

6. When asked to give the phone back, he asked whether he can drive to SF or send it and get paid

7. The debit card was attached with phone therefore the payment couldn’t be made without it

8. He started saying that he can’t waste the day on the phone and that he must be paid

9. Truly, but people do not still do it

10. OP threatened the driver to send the phone otherwise she would report her through her license number

12. The driver was not ready to oblige and claimed that he had been caused inconvenience

13. The driver didn’t return the phone sadly, but a case has been filed against him so he got what he deserved

Via Isolde88
People do not realise that doing the wrong thing leads them nowhere but in danger which concludes in no good. It’s right to hold the person accountable so that they do not do it to anyone else in future. Have you ever had such an experience? Share with us your stories in the comment section below. Also, let us know what do you think about OP’s move in the story.