Before marrying someone and deciding to spend the rest of your life with that person, it is important to know that you both are on the same page. Two people tying the knot should be aware of the lifestyle both of them want, so there are no clashes. Marriage is not an easy thing and it requires a lot of effort and investment from both sides to make things work. While no person has planned out their future completely, we all know certain principles will always remain in our decisions. For example, if a person never wants to have kids, that should be shared with the significant other. Some people want kids and others don’t, there is nothing wrong with that. But the person who you are marrying must be on board.

While couples are encouraged to discuss key matters such as plans before delving into marriage, some people don’t reveal significant details about their plans until the last moment. They throw information like a bomb and leave their partner stunned. This is what a Reddit user had to go through a month before his wedding. The Reddit user was going through a difficult period in his relationship with his fiance, so he resorted to Reddit to take suggestions from others on how to deal with the situation at hand. He had been in a long-term relationship with his partner who he had recently gotten engaged to. His partner was an ambitious woman, which he thought was an admirable and appealing quality.

While he thought everything was going well and according to plan, things changed after his fiance confessed to him something he never predicted. This altered their relationship and the dynamic they had heavily. She opened up to him about her wish to become a stay-at-home-wife, which angered him greatly. He could not believe what he was hearing, because he did not think she was the kind of person who would want something like this. This led to a huge fight between them, and they both ended up being extremely rude and harsh to each other. It made them reconsider whether they both are right for each other and if they should continue with the relationship at all. The man took his problem to Reddit to ask others for advice. 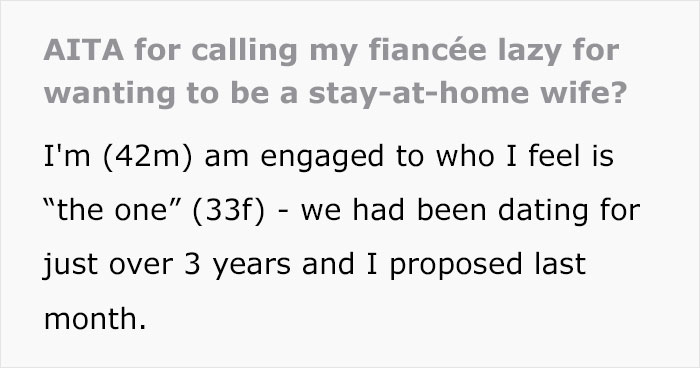 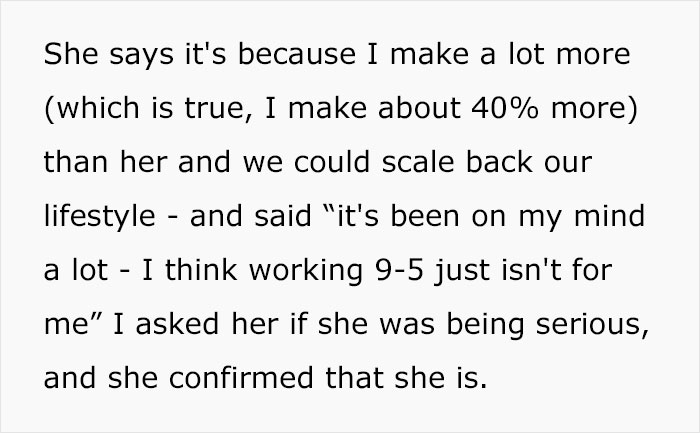 A bridal consultant, Lisa Burton, also jumped in and added how she has seen couples break up during their preparation for the big event. A lot of couples find significant differences and realize they are not right with each other after the engagement. It is unfortunate but it is inevitable.

“I sadly have at least 2 weddings canceled each year for varying reasons and often it’s due to the bride or groom having changed their mind about getting married,” Burton explained in his interview with Bored Panda.

“I met with a couple once to discuss their plans and I could tell from the groom’s body language that he had no interest in their wedding. He was very distant the whole time. So I wasn’t completely surprised when the bride called me a few months later to tell me the wedding was off due to the groom having an ongoing affair for the last 2 years.”

Lisa Burton also mentioned a couple she worked, that had a disastrous fallout. The whole wedding was chaos, with the groom leaving the wedding and the bride ending up with a dance with a waiter. God, that must have a dramatic wedding.

During all her years as a wedding planner, she never had a couple reschedule their wedding after it got cancelled. “This is not to say this doesn’t happen but maybe they’re too embarrassed to rebook their wedding with me,” she told. That is a valid point.

Lisa has been married to her partner for 18 years, but they were together even before that, so they have been together for 25 years. That was a long period of time for her to realize that certain matters and topics need to be clarified and discussed before the couple makes it official. These things should be talked through in the early stages, so your significant other does not have to deal with a shock later in the relationship.

“A couple really needs to have thorough practical and honest, conversations before they decide to marry, discussing details such as, how many children they’d like and who will raise the children, but also, lifestyle, financial and career goals need to be discussed,” Burton claimed.

“Some dream of getting married from an early age and when they’re proposed to, the excitement of the fairytale coming true often takes over any practical reality of discussing a future together,” Burton explained. “It’s actually very much the same, but now you’re legally committed to each other.”

When questions started pouring in under the post, the user gave more details of the matter at hand. 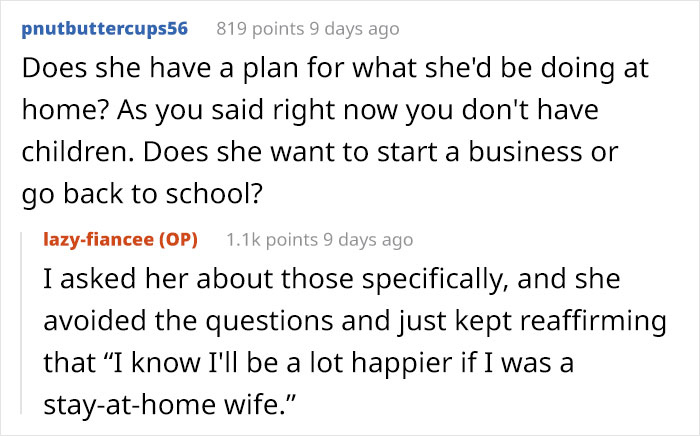 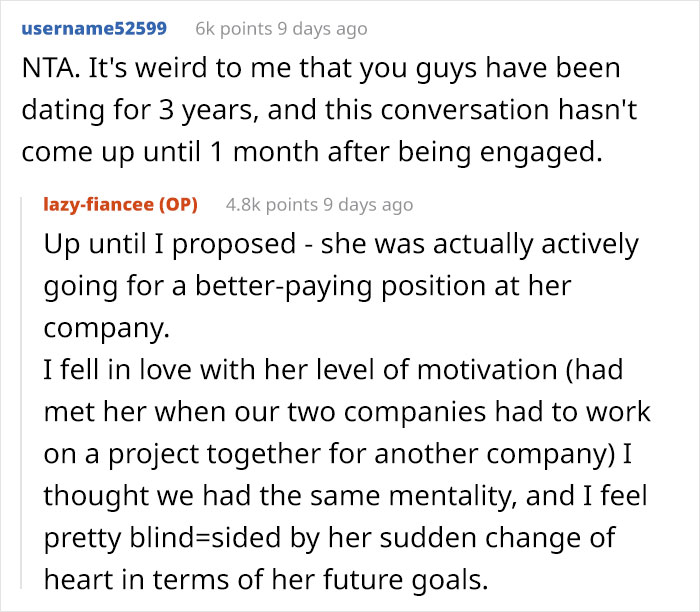 A lot of experts gave their two cents and voiced their opinions on the matter. They mentioned that there is no “perfect time” to get married or engaged. Every couple has its own pace and there is no standard that every couple should abide by to have a happy ending.  “Everyone puts their best foot forward during the courting stage, which is typically the first three months of the relationship. When [everything] is brand new, you haven’t gone through the bumps on the road together, travelled on vacation together, or gone through a traumatic event such as the death of a family member or the loss of a job,” Julia Spira, an online dating expert and matchmaker mentioned in her interview with BRIDES.

Spira added to the conversation quite similarly to how Lisa Burton did. She said, “Everyone puts their best foot forward during the courting stage, which is typically the first three months of the relationship. When [everything] is brand new, you haven’t gone through the bumps on the road together, travelled on vacation together, or gone through a traumatic event such as the death of a family member or loss of a job.”

The user received a lot of support from the users online who validated his sentiments. 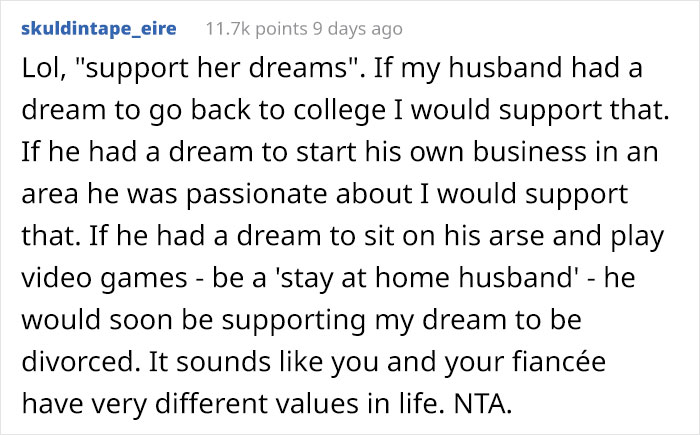 God, that is a huge piece of information to reveal after engagement. These are things that should be discussed way before you agree to marry someone. While we all agree that your partner should respect and encourage your dreams, it should also be considered that your dreams should not be made at the expense of your partner’s labour. The guy was not ready to give up and compromise on the lifestyle he had built for himself. They both have different ideologies on how a relationship should work and those differing ideologies did not fit together. I personally think both partners should earn if they are capable enough. The burden of earning should not be placed on one person unless one of them is taking responsibility for the kids.

What do you all think of this situation? Let us know which side you are on in the comments!