Your pet is your responsibility.

People should treat their pets like they treat their children. A pet animal can not survive in the wild because it is not used to living in the streets. It can not find food or permanent shelter for itself. If the pet gets injured, it can not heal itself. The pet needs its human family to take care of it. This is why pet owners spend so much time and money on their pets. You have to get them vaccinated, feed them on a regular basis, and get them proper treatment if they are sick or injured. You are also responsible for training your pet. If your pet runs out too often, you have to restrict it and make sure that it stays safe. If you can not control your pet and it runs away and gets itself in trouble, nobody except you are responsible for it. Pets can not think like humans. They do not understand how they can put themselves in danger when they go into the outside world. In the case of cats, if they are not neutered or spayed, they will run away whenever they are in heat. This is also one of their requirements. Animals need to mate if they are not neutered or spayed. It gets hard to contain them at home if they have urges. They will run outside looking for a mate and they can get injured in this process. This is why it is a pet owner’s responsibility to neuter or spay their cats as well.

This Redditor shared his story about his dogs attacking his neighbour’s cat. The neighbour’s cats would come on his property all the time and his dogs were not trained well enough to behave around cats. Even though he warned his neighbours, they did not bother to listen. Eventually, the dogs attacked one of their cats. Scroll down below to read the whole story.

The man has a fenced backyard and keeps both of his Dobermans in the yard. The dogs are not aggressive toward humans but they did attack cats. 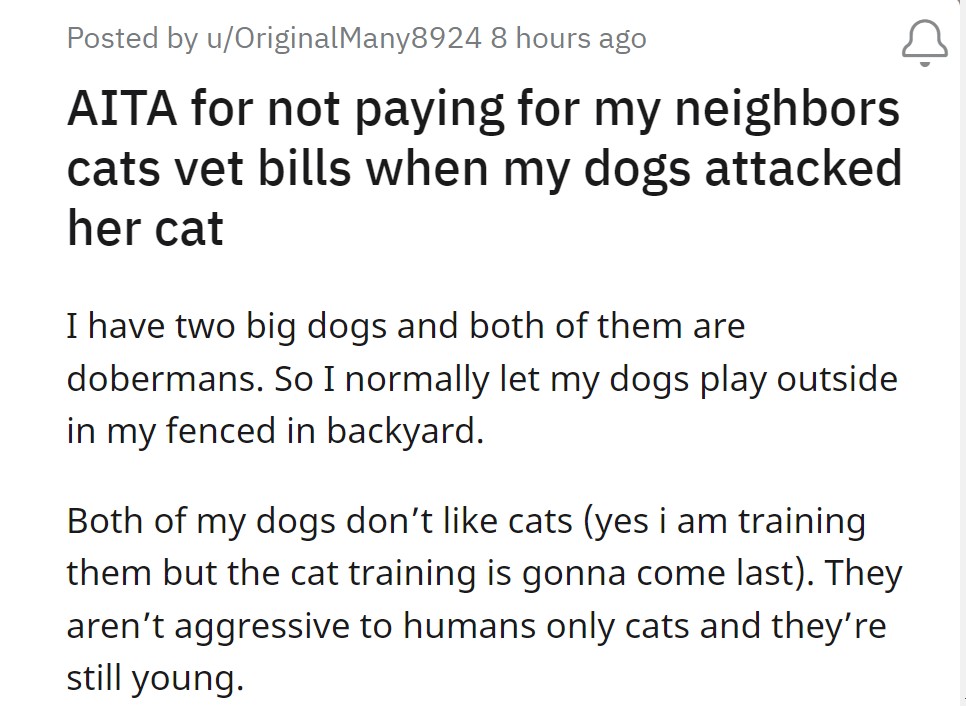 The man’s neighbours had outdoor cats and they would go to his property all the time. The man warned his neighbours that his dogs weren’t trained enough to not attack cats. He asked them to keep their cats off of his yard because he would not be liable if anything happened to them. 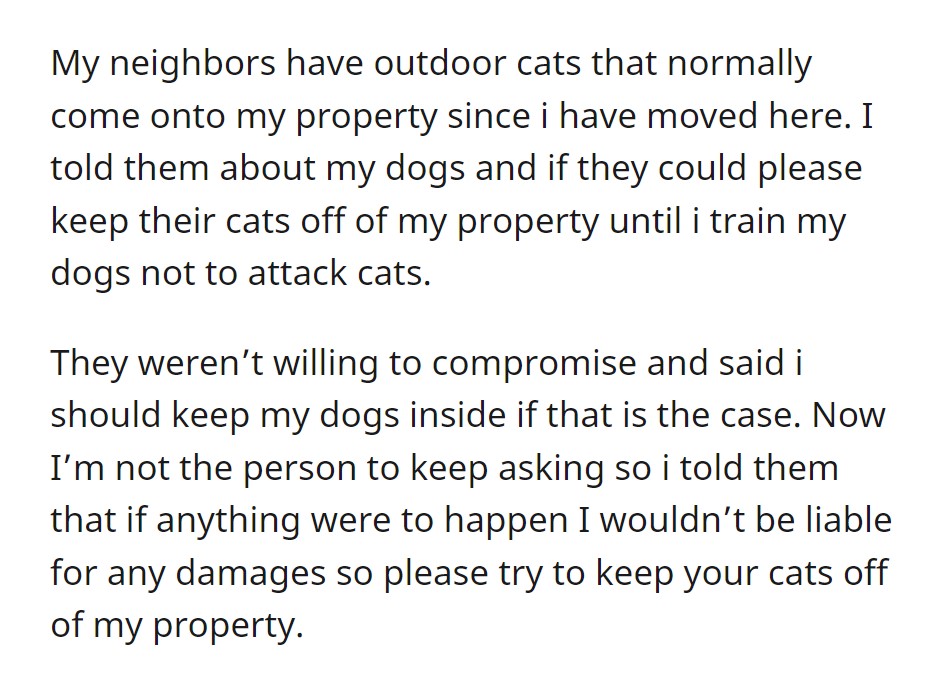 The neighbours completely ignored him and let their cats wander in his backyard. 2 weeks later, the inevitable happened. 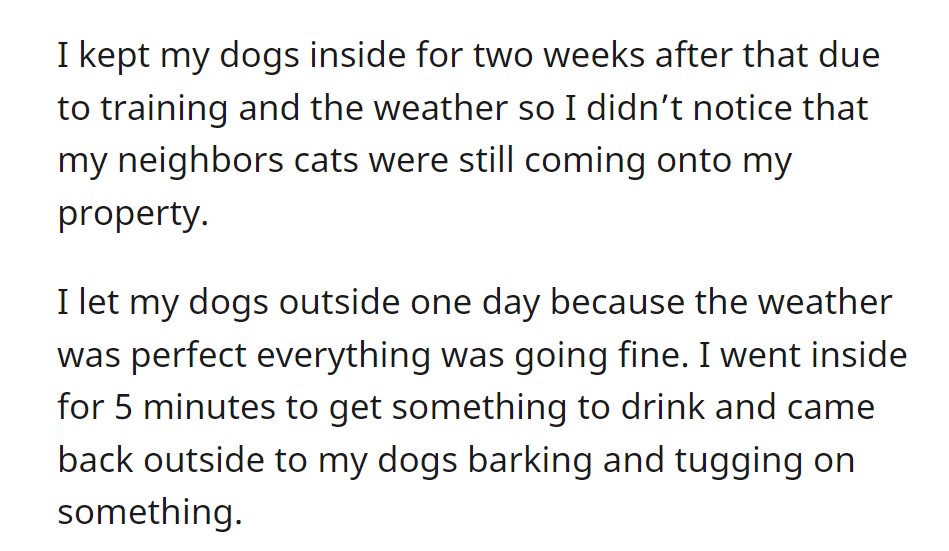 The neighbour’s cat got attacked by the dogs and then ran away. The neighbours immediately took their cat to the vet but blamed the man for the cat’s injuries. They demanded that he pay for the vet’s bills. 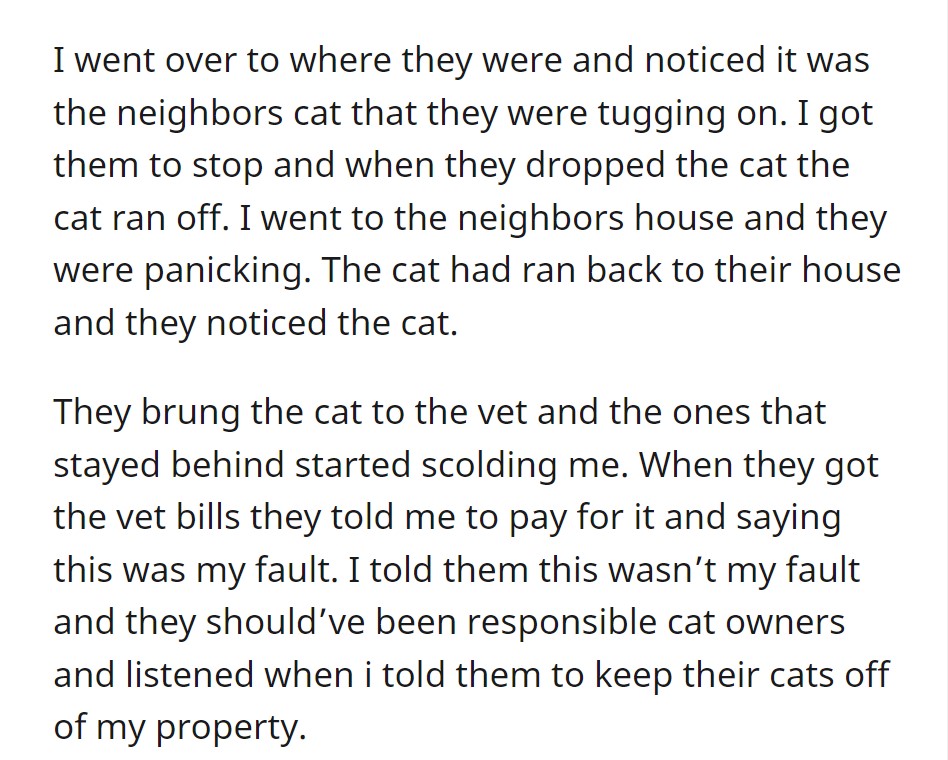 The man refused to pay the bills because he had already warned them to keep their cats out of his backyard. He asked if he was wrong for doing so.

In my opinion, the man was not responsible for the accident after he already warned the neighbours to contain their cats. If not for his dogs, then any other dog on the street would have attacked their cats soon enough.

This is what other Redditors had to say about the incident. 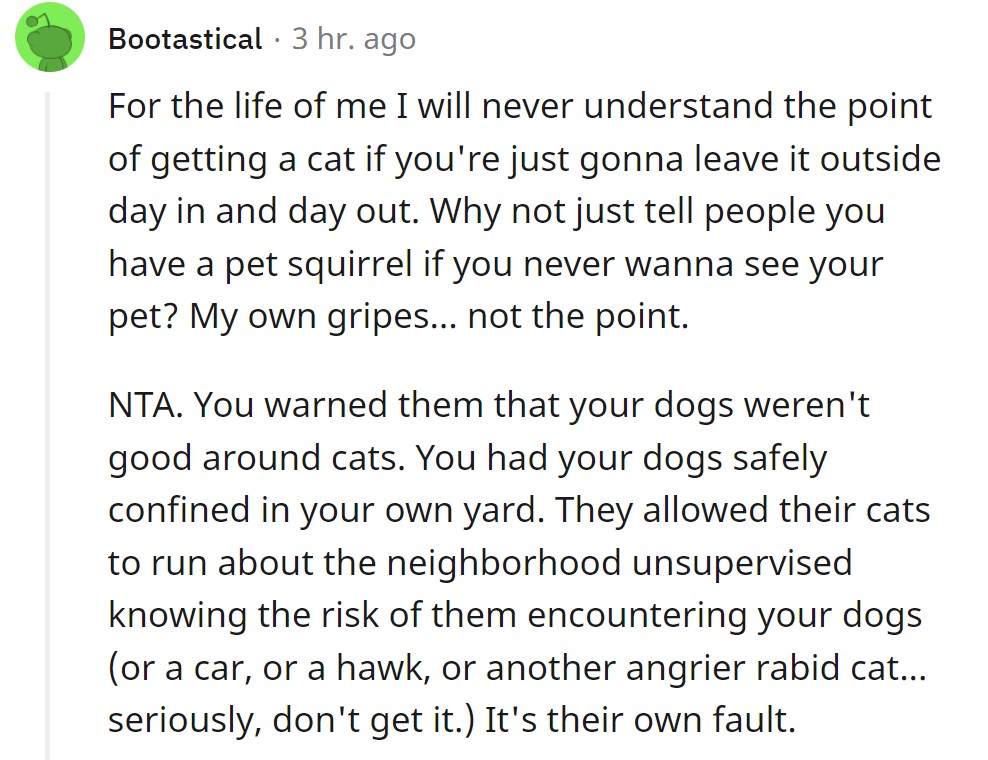 Nobody blamed the man for the cat’s injuries and said he was in the right. 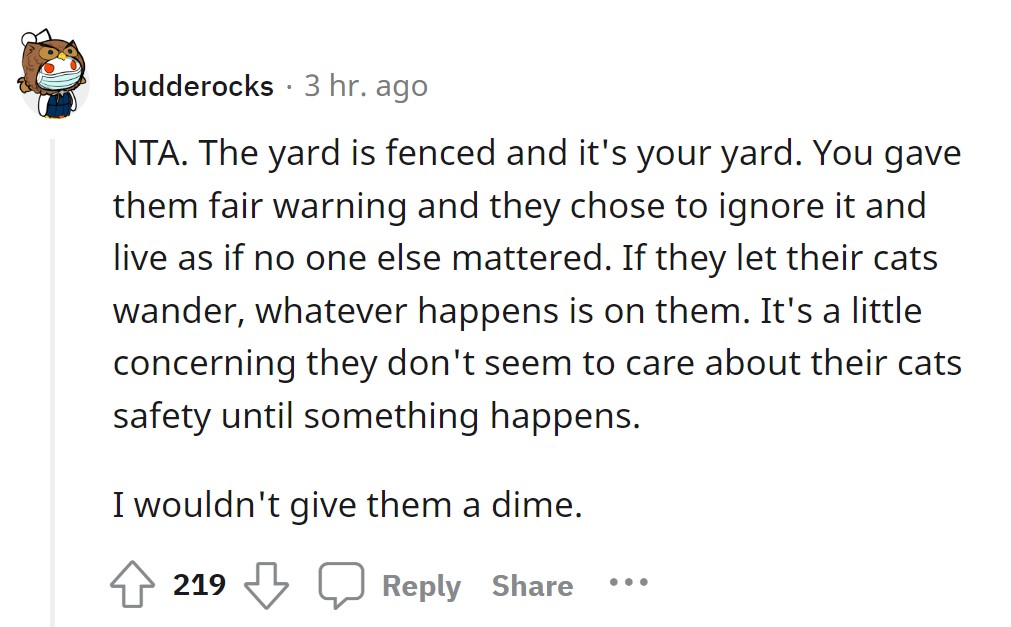 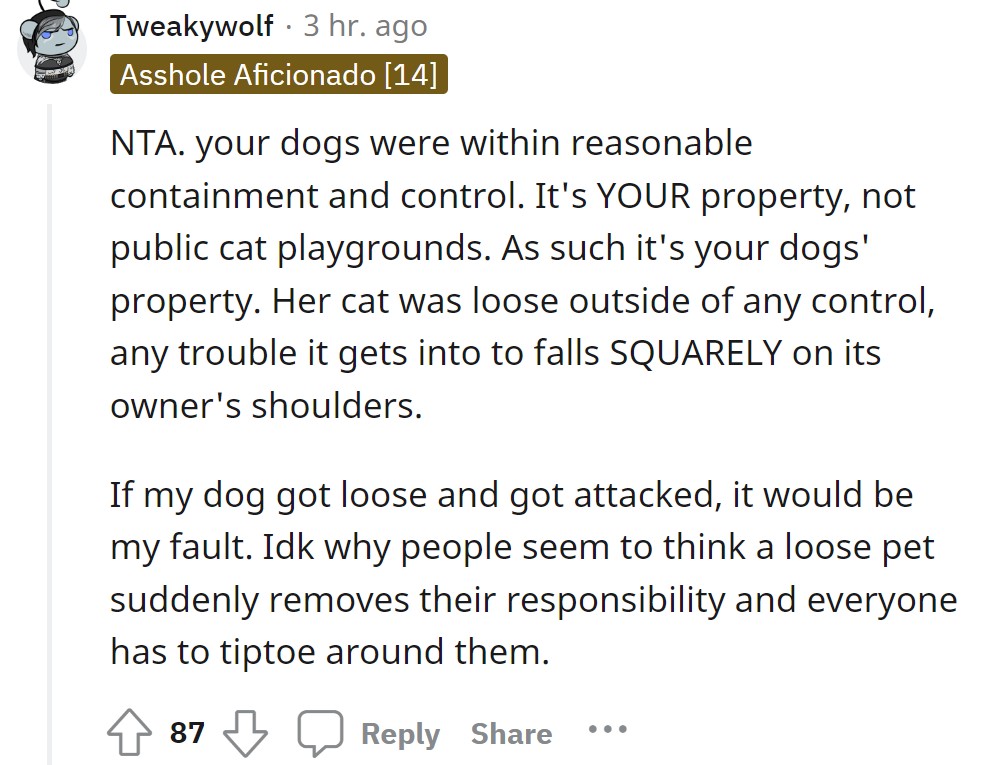 Who do you think is in the right? Should the man pay for the vet bills? Let us know your opinions in the comments below.