Wild animals deserve to be free.

I know most people have this sentiment that wild animals should not be kept at home and I think the same. However, sometimes when a wild animal is domesticated, it only hurts them when yous et them free because they do not know how to survive in the wild. The same goes for animals who are born in Zoos. This is somewhat what happened to the Lynx named Max. He was born in a zoo in 2011.

This is Max, the lovely Lynx kitty.

No matter what you may think about his situation, it is clear that he is loved. And not only that but the owner has tried their best not to fully domesticate the cat. They say that the cat still has wild tendencies and that they do not keep him in their own home. So he actually has his own indoor and outdoor place so that he can roam free. 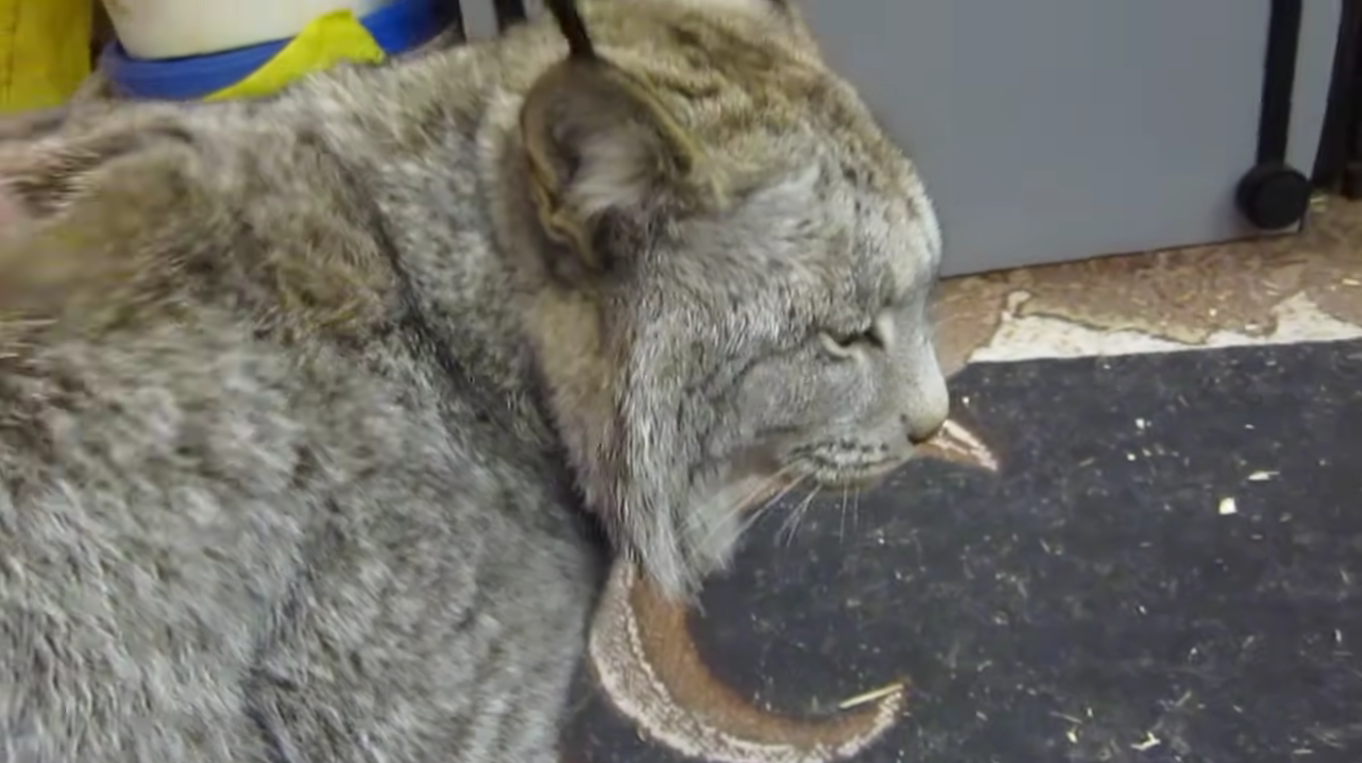 The human owner was also a zookeeper for five years so they have experience as well. 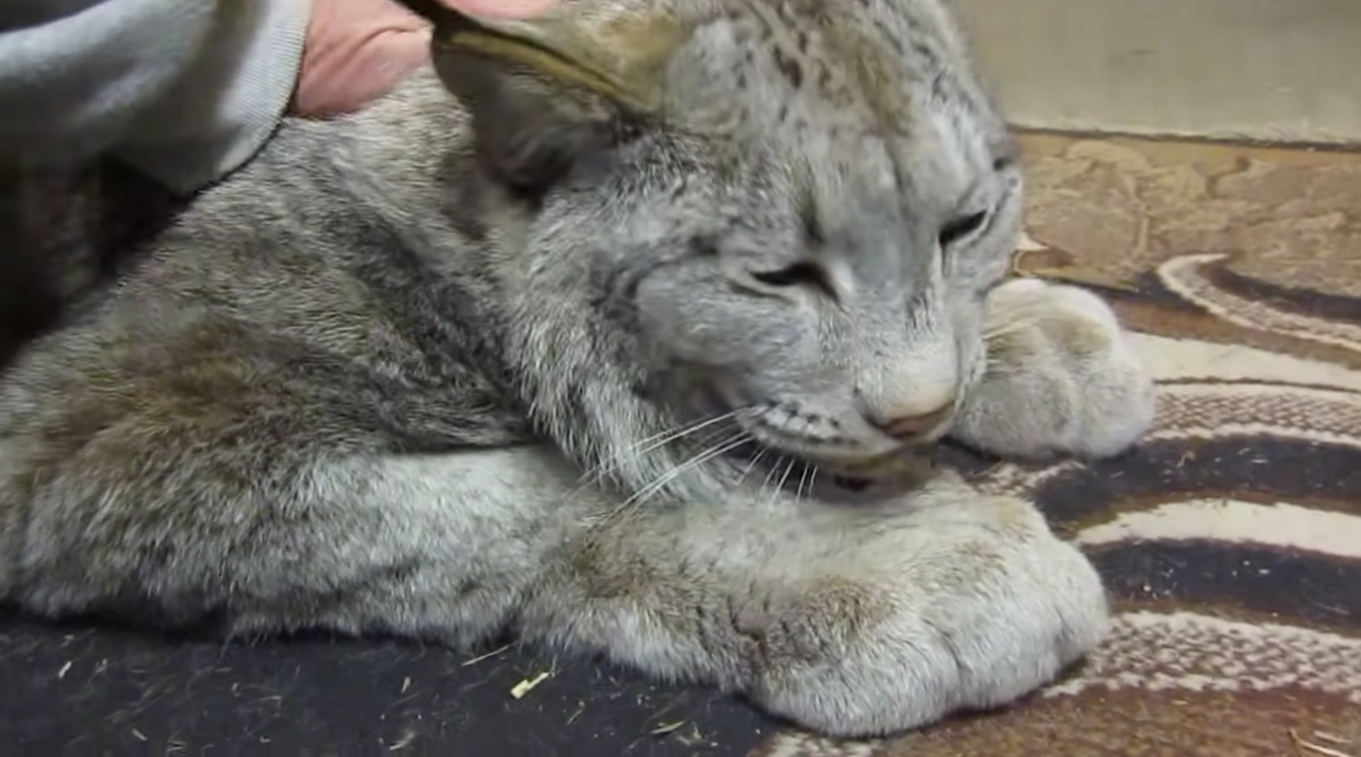 However, it is truly adorable to see the kitty loving head scratches as much as any pet cat would like. I am well aware that lynx cats are not our pets and thus not everyone should go out and get a lynx as a pet but sometimes that is the only way to save an animal. 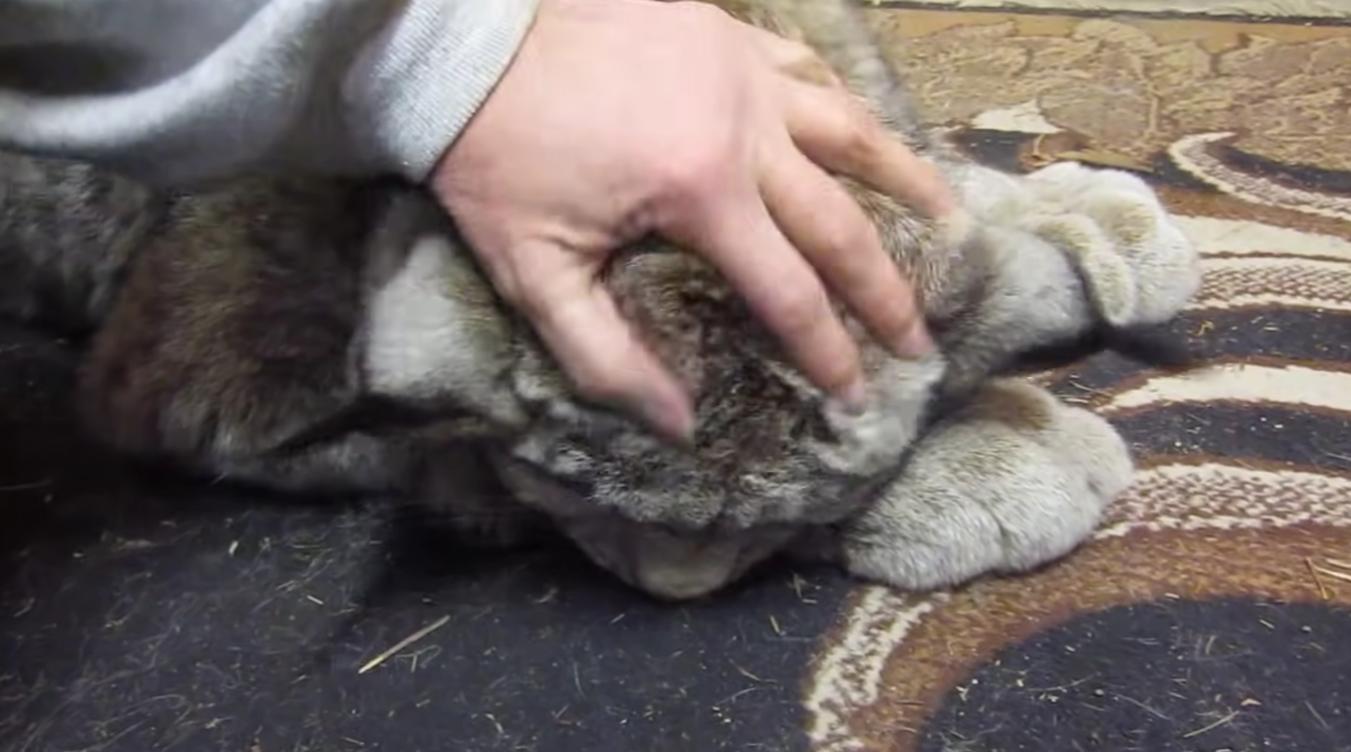 While he is trained, Max is still a wild animal so his owner is always careful around him. 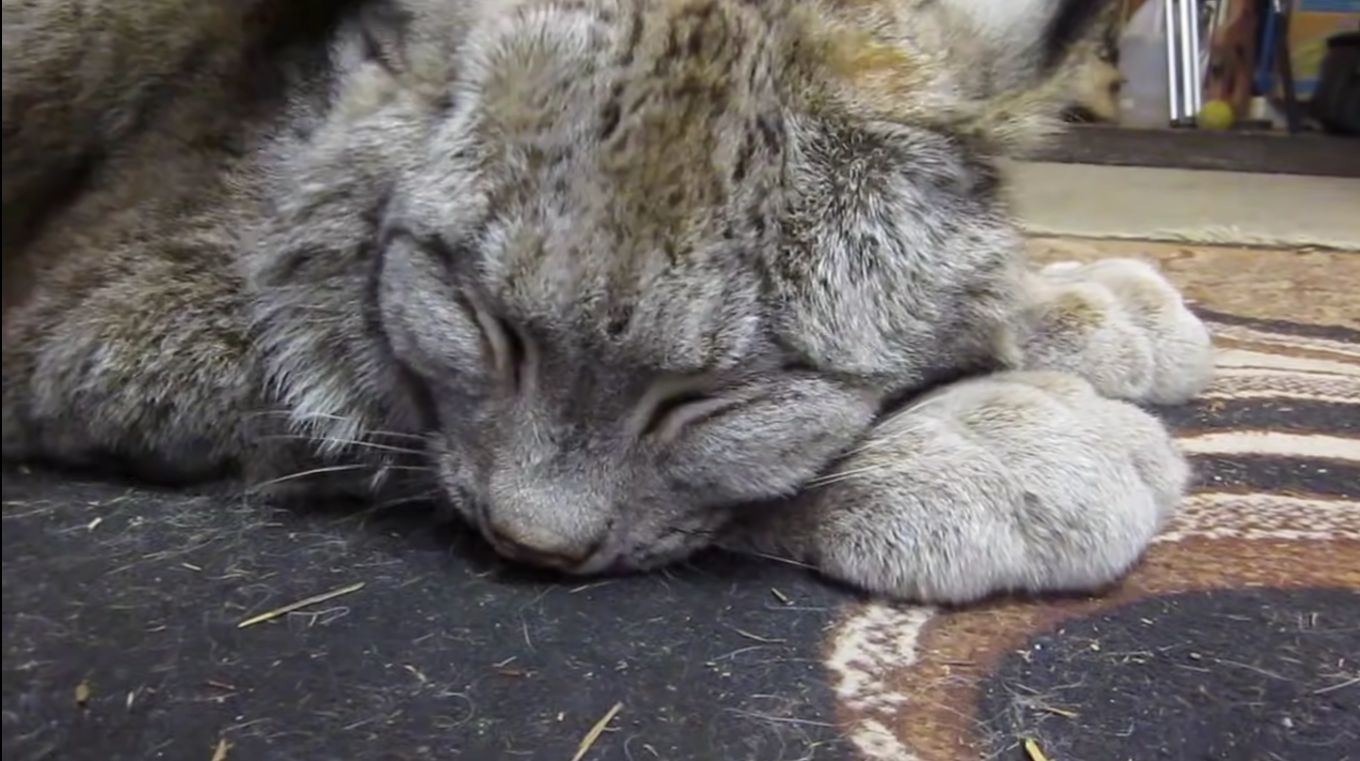 Lynx cats are also endangered in many places of the world other than Canada where Max resides. 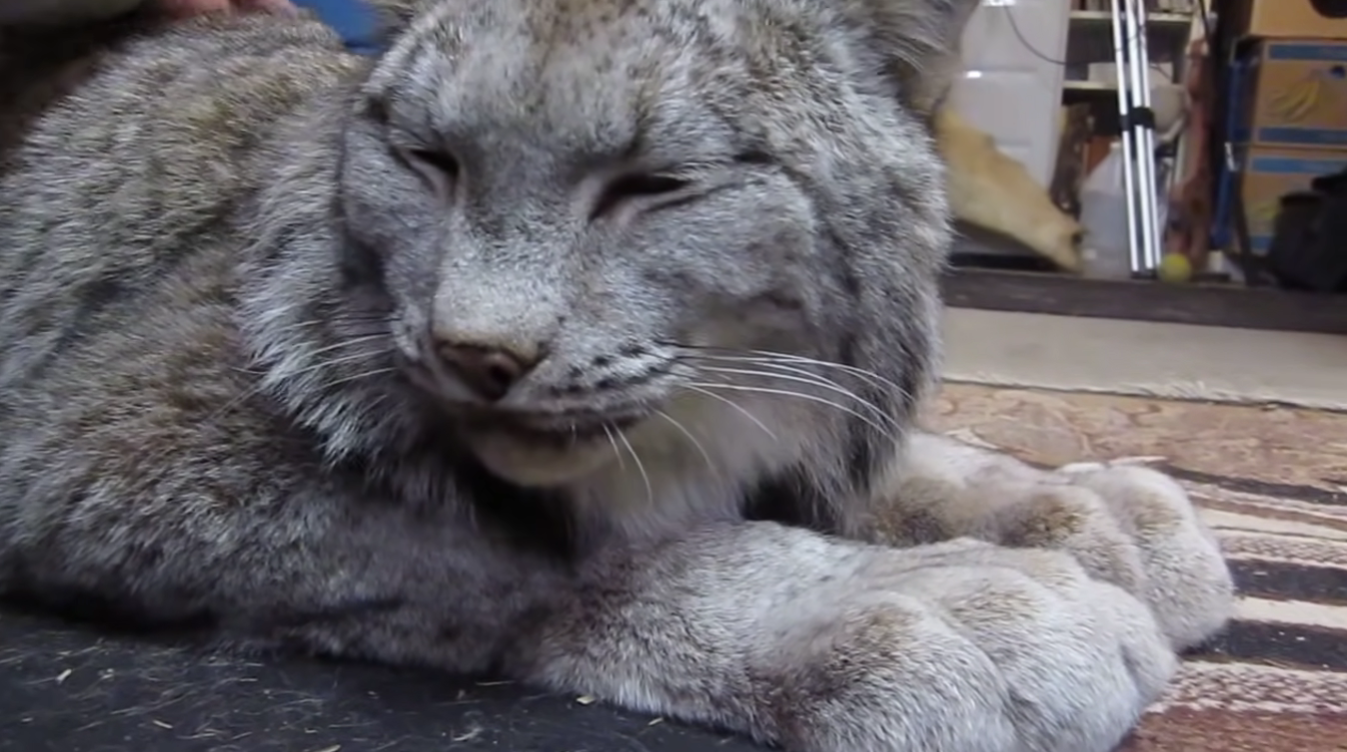 Max Canada Lynx, the educational animal ambassador takes a moment to get some good scratchin’ before he sits down for his meal. He was born at a zoo in May 2011. Max is not domesticated but has been humanized. He still has wild tendencies. 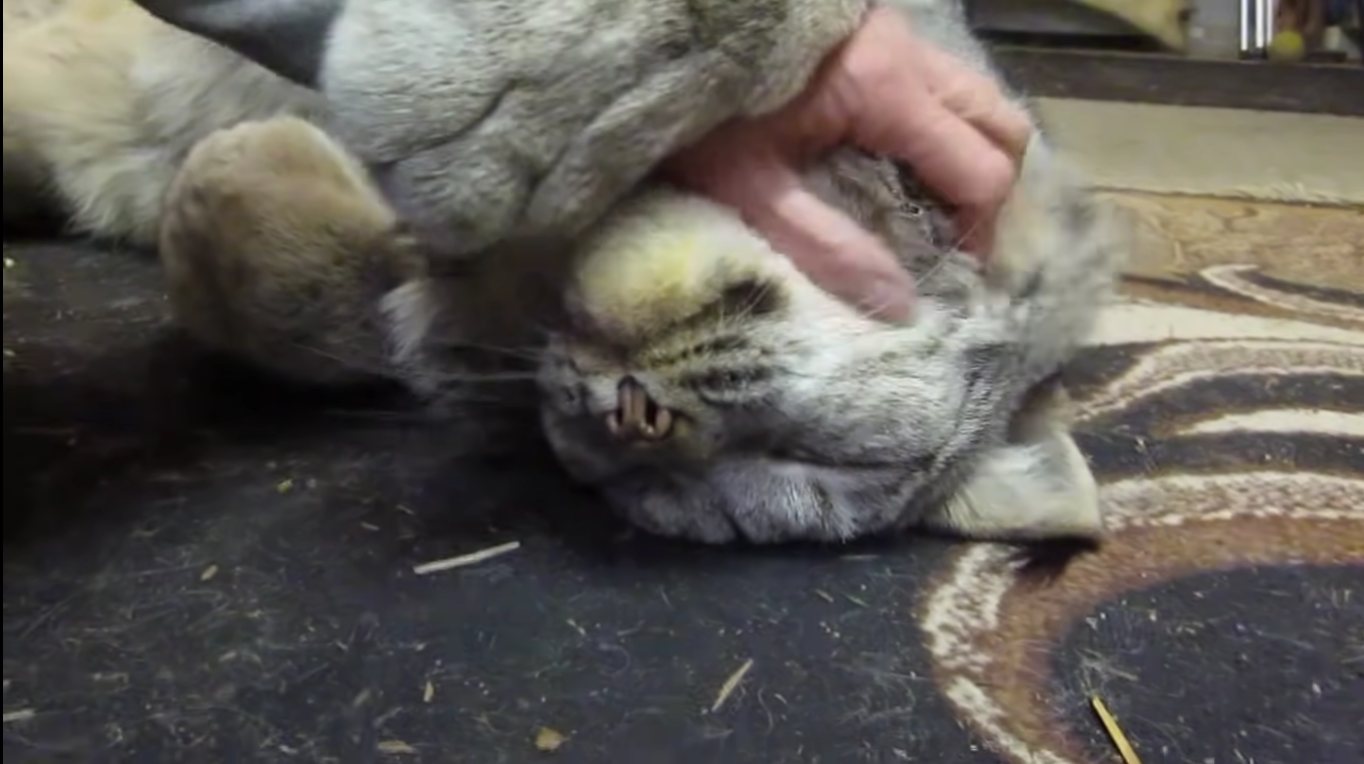 He educates the public locally on the endangered/threatened (in lower 48 states) Canada Lynx in hopes that people will be driven to conserve our environment and protect our wildlife. Technically, they are listed as “threatened” but in my state of NY they are considered “extirpated.” However, it’s legal to trap these beautiful animals in Canada and Alaska. 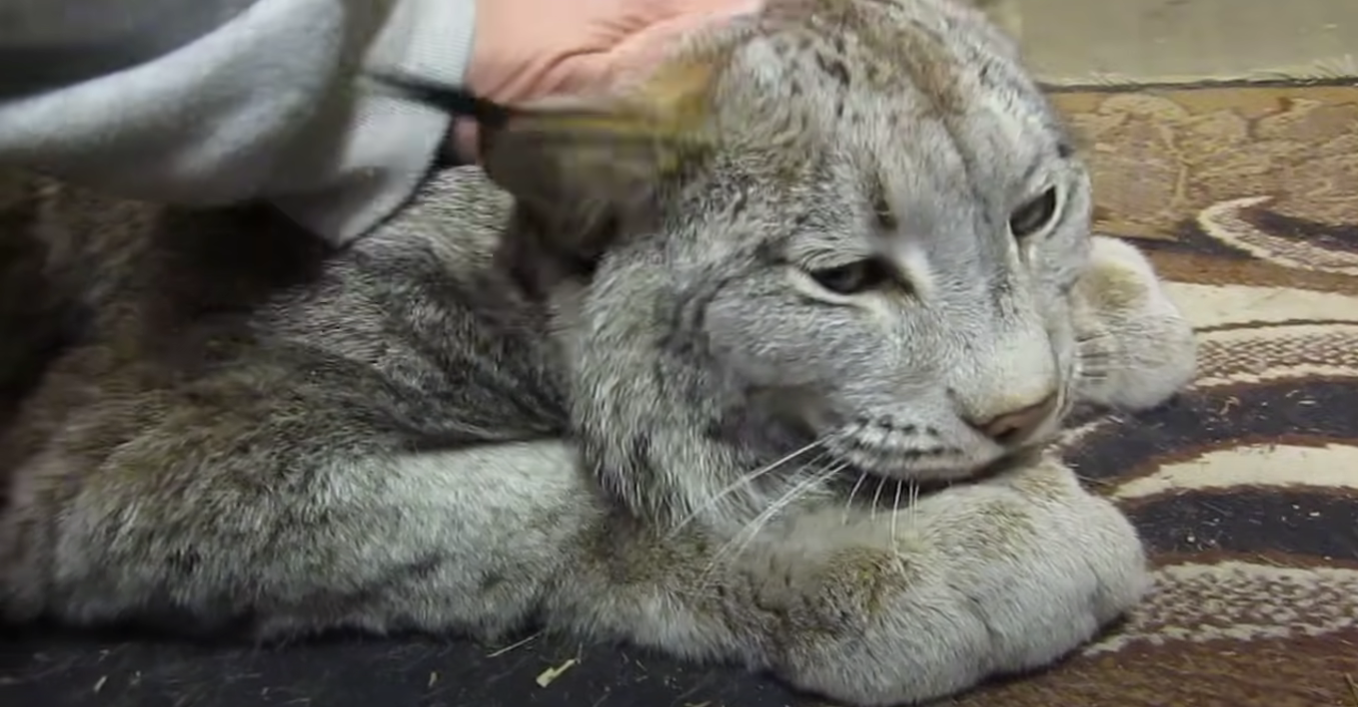 The big kitty also has his claws intact. 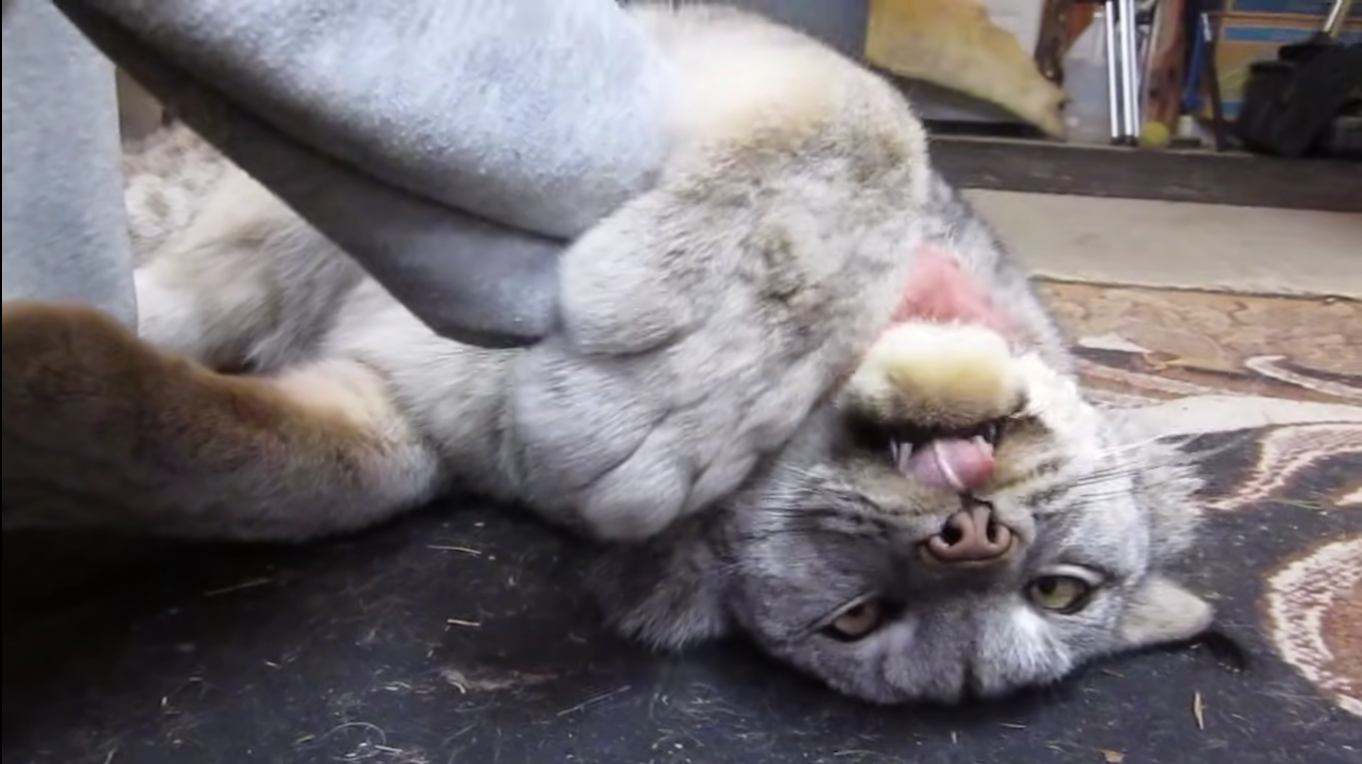 He is NOT declawed. During the winter he weighs 40 pounds and summer about 34. He has about 4 inches of fur in this video which makes him look fat….I mean fluffy! This video is NOT taken in my home but where he has an indoor enclosure. This is Max’s rug with his fur, straw and other scents that he loves. He doesn’t like the vacuum. Max also has outdoor housing where he spends most of his time. 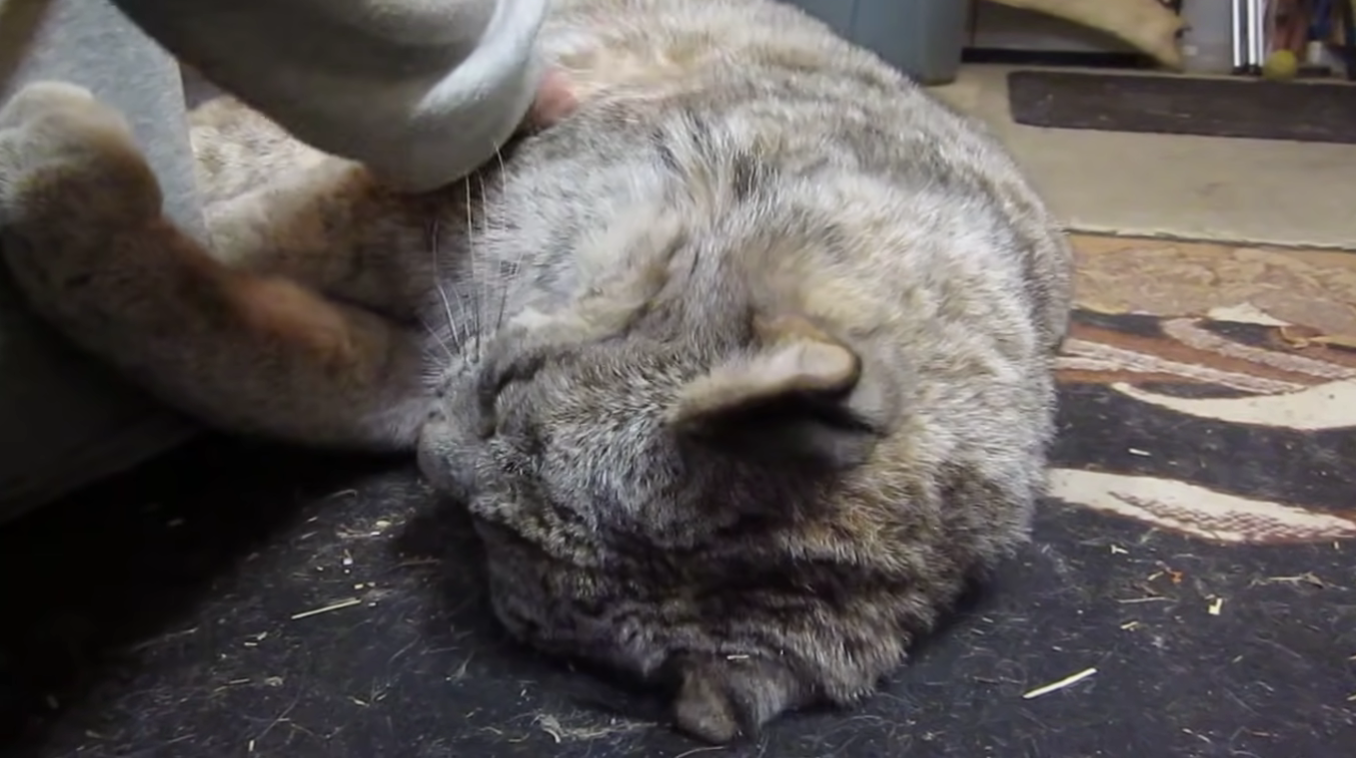 You also need a license to keep a Lynx which the owner does have. 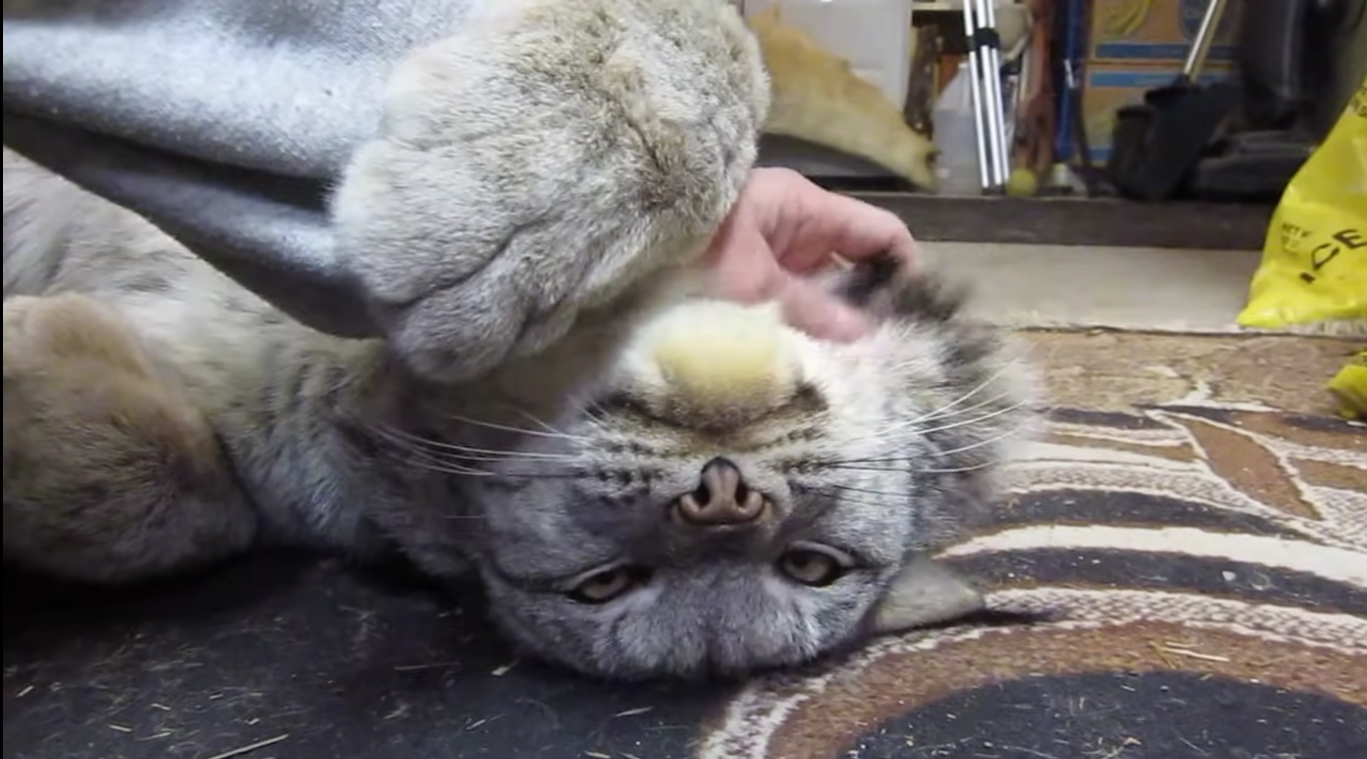 I say Max is humanized because he’s not like a domesticated house cat. It takes hundreds of years of breeding to domesticate a wild animal. Max shakes his meat to make sure it’s dead before he eats it. He will growl at me if he feels like I’m going to steal his chicken legs. I don’t fully trust Max. I have learned to never turn my back on him because he thinks it’s funny to stalk & jump on me. I can’t tell you how many times I have been given the slap to the head. He does lie in my lap but for all of 10 minutes before he loses attention and want to play rough. He has never bitten down on me. I do get plenty of scratches and Max has all his claws. I don’t believe in declawing.

It’s a cruel and devastating procedure. Max soft paws me most of the time. When he gets really excited the claws do come out but a simple “No” usually deters that behaviour. I tell him that we don’t play rough and usually end our time together if he doesn’t stop. Most times asking for his “face” does the trick. He knows that the face means scratches and snuggles. Something he loves!

They clearly take good care of the cat but what are your thoughts on this? Do you think it is okay to keep a wild animal if it is in their best interest? Or do you think it is inhumane? Comment down below to let us know.