It’s no surprise to anyone that the education system is terrible, and it failed women most of all. I don’t mean the academic gap, which is actually in favor of women as more of them go to college than men, I mean, of course, the subject of sex ed. It’s no surprise to anyone that sex education is absolutely horrible in almost all forms of education at a high school level, and since most people tend not to go further, that means most people have terrible sex ed.

And it’s mostly men who fall victim to the pitfalls of this terrible education system. Since women actually experience what it’s like to be women and deal with issues that arise with bodily anatomy, they know how to handle it. By either asking friends, family, or the internet, or even by virtue of going through the processes themselves, women obviously are less perturbed or surprised by the strange things their bodies are capable of. It has lead to the public humiliation of many men (and sometimes women) who act as if they knew more about a subject than they actually did.

#1 On a thread about the stupidest comments redditor’s Significant Others made. 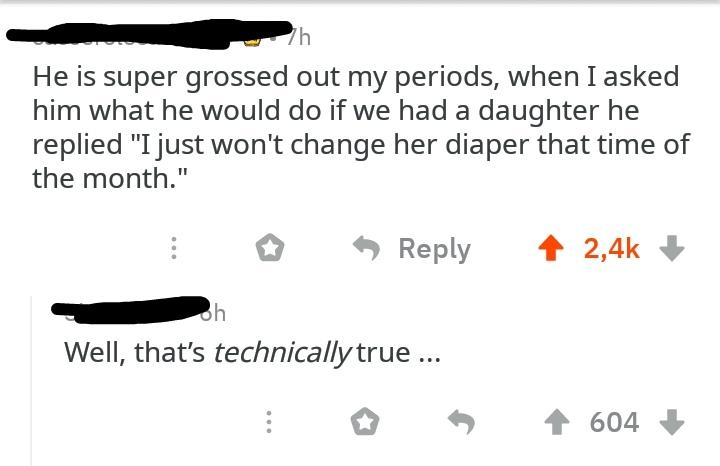 OK, I doubt this is coming from knowing this, but many newborn girls DO get a period from the hormonal changes in their mother. Thankfully we were warned, but evidently this period takes a lot of parents by surprise, who think their kid is bleeding to death. Given that this baby-period happened when I was half-dead from giving birth, my husband DID end up changing the period diapers.

EDIT: We’re talking about a uterus the size of a thimble and it’s not a proper period, it’s withdrawal bleeding (aka the “period” you get on the Pill). It’s not very much blood, guys

#2 i don’t know how people like this live with a woman long enough to have a child and still don’t understand basic anatomy. sorry if the flair is wrong! 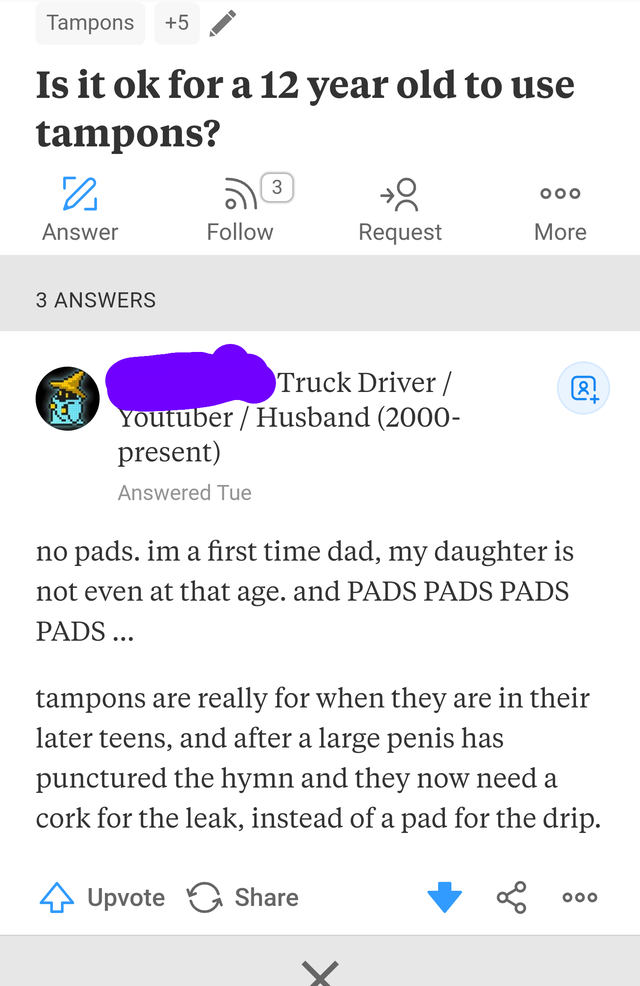 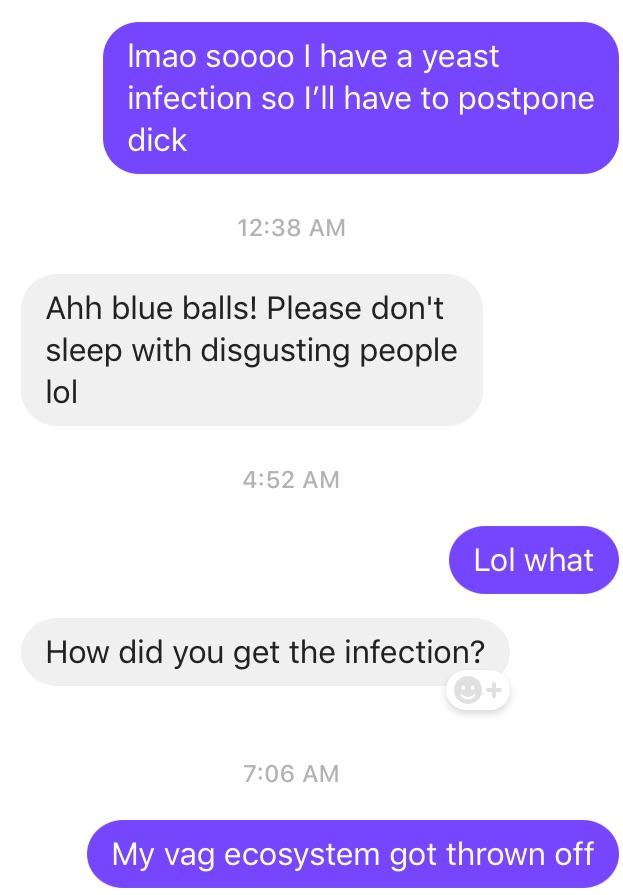 #4 How does this guy handle wiping his own ass? 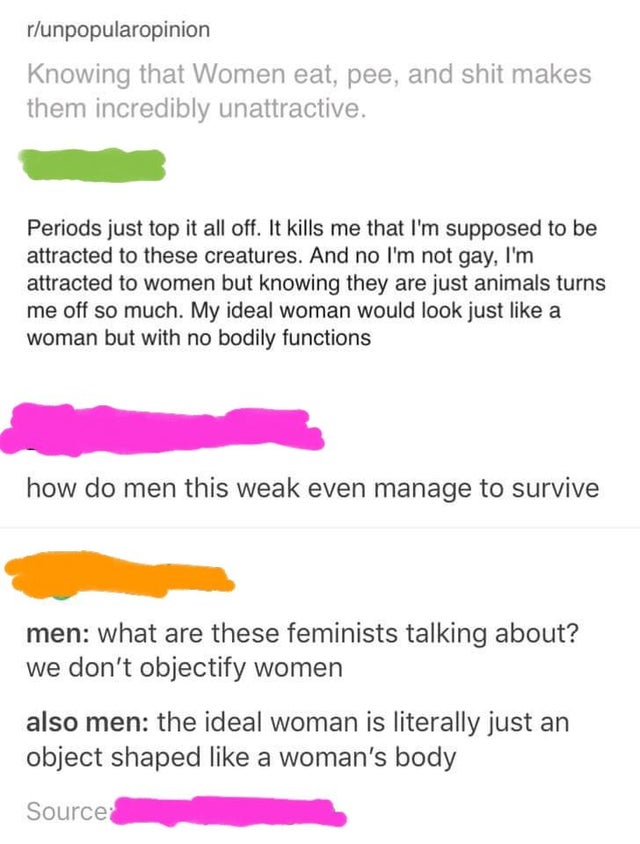 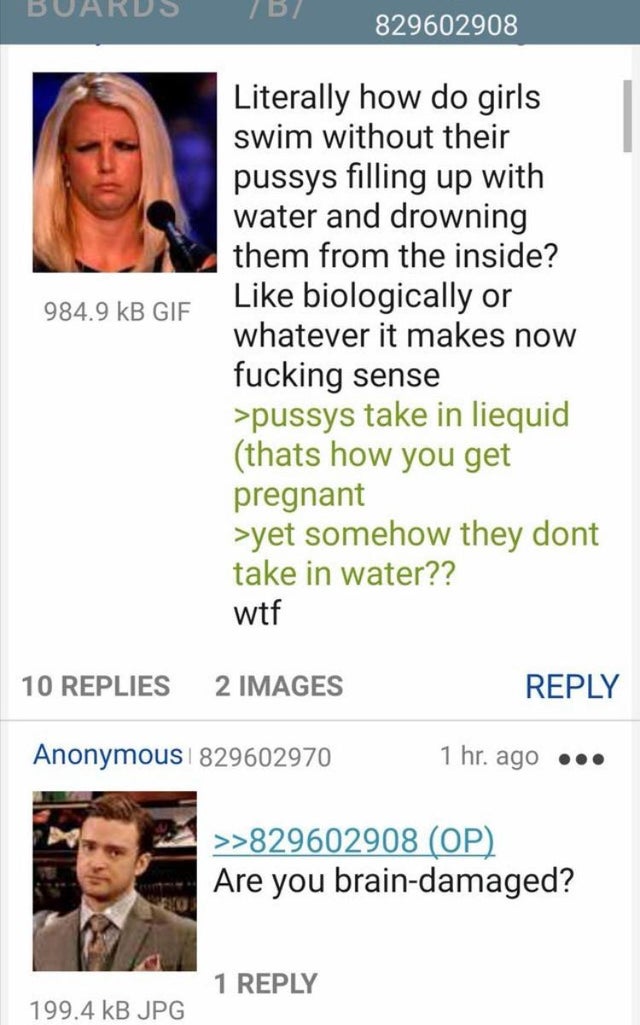 We’ve really got to figure out an easy to way to explain to men that a uterus is not connected to the rest of the body like other organs. I know it might sound lame, but I really don’t think this is pointed out explicitly in sex ed or bio, and obviously leads to so many misconceptions and misunderstandings. I’ve tried analogies but the best I can come up with is that “It’s like a basement you have to go outside the house to get in to”

#6 He thought it hurts to pee on your period? 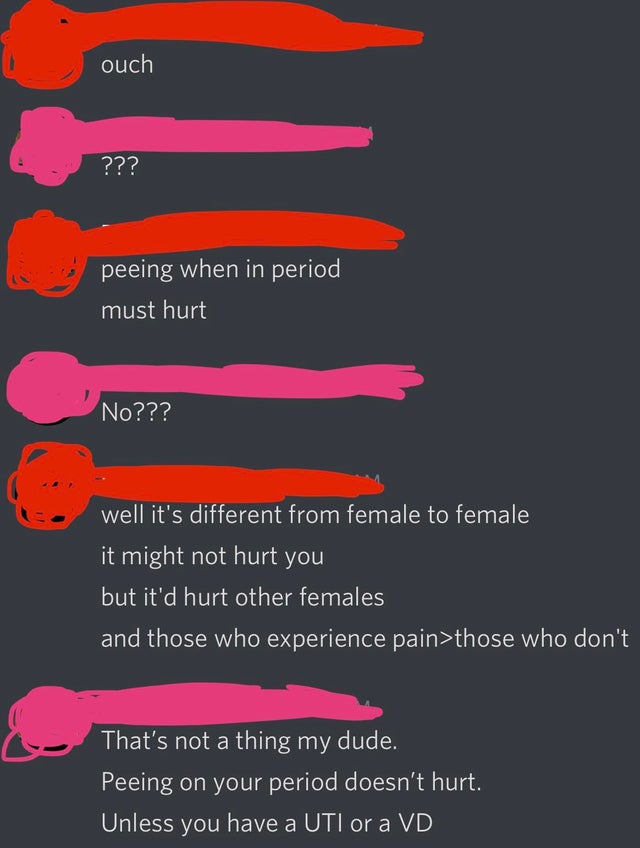 #7 I honestly don’t know what to say 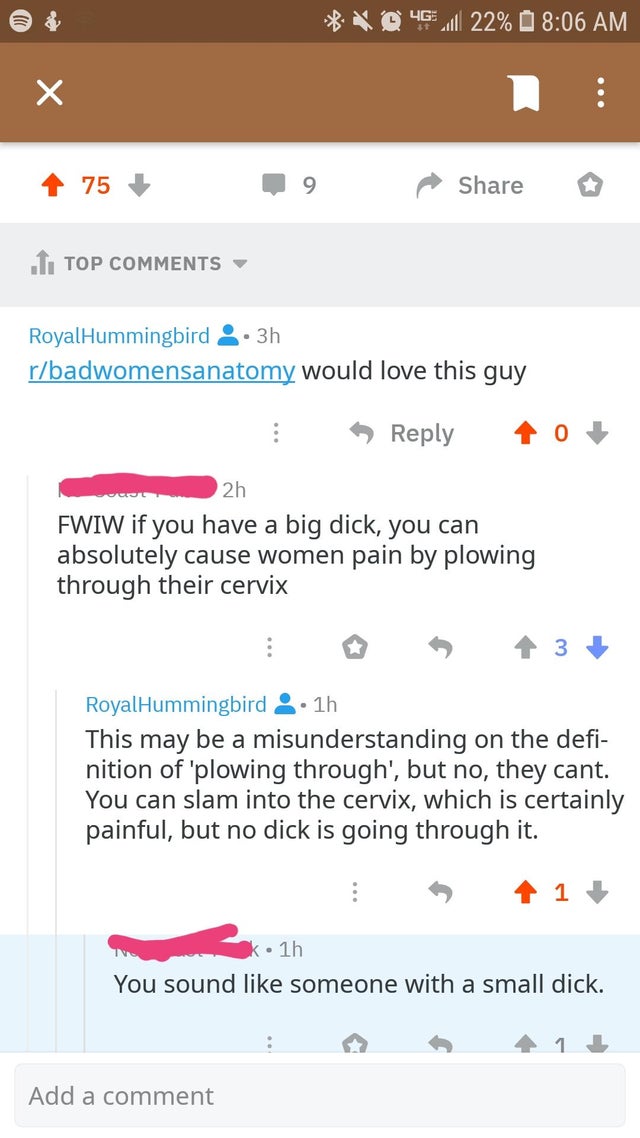 #9 i don’t really know what to say 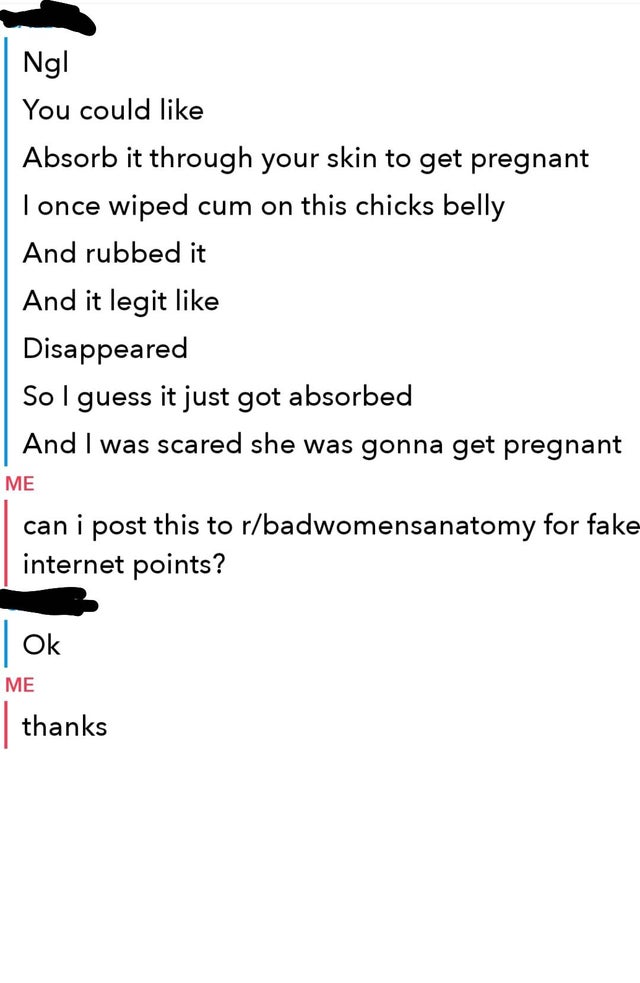 #10 Where do they come up with this stuff 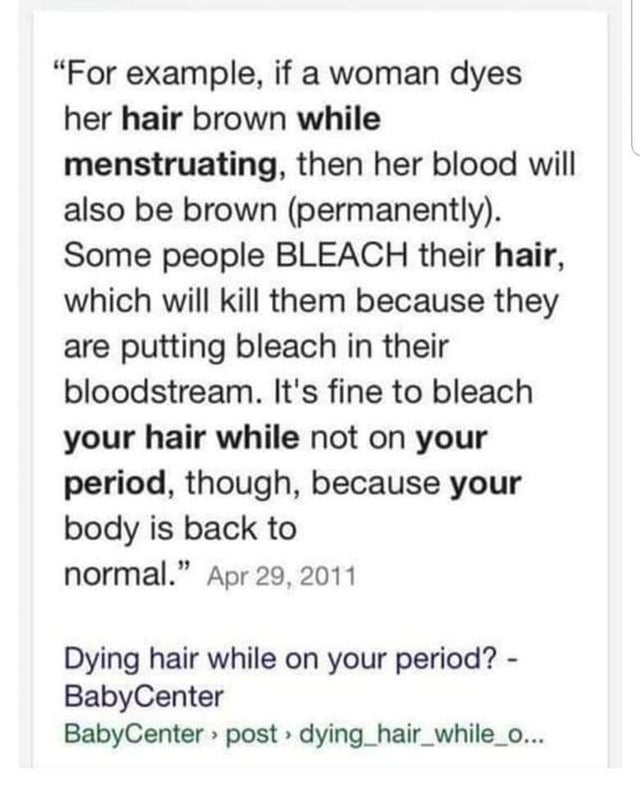 I was on there all the time with my first pregnancy. It was probably a 50-50 mix of mostly ok to mostly toxic. There were funny threads mixed in with genuinely helpful stuff about all the things that you don’t know about pregnancy and childbirth until you go through it yourself. It was easy enough to avoid the crazy stuff.

Three years later when I was pregnant again, I got back on there, and it was so much worse. The crunchy, anti-vax, MLMer-type seemed to have taken over. “I’m on my seventeenth baby and I’ve never had a day of sickness, and I gave birth in my backyard while delivering calf.” The other major post type was “I’m a ridiculously young teenager, and I’ve been sleeping with 16 different men, and now I’m pregnant! How do I figure out who the daddy is?!” I haven’t been back. 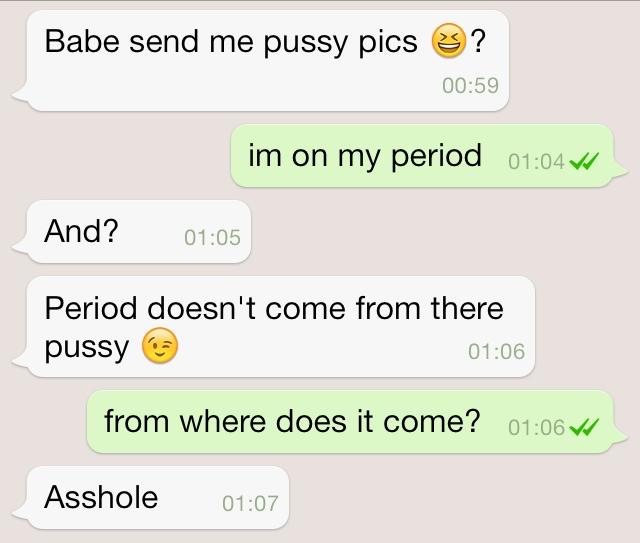 #12 What do you mean you can’t push out your periods ? 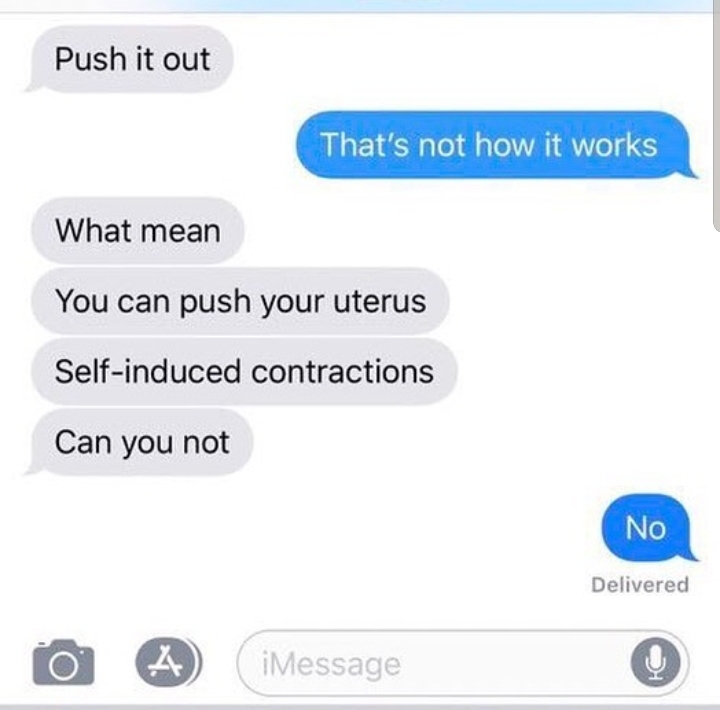 #14 your period pain is because you’re unhealthy 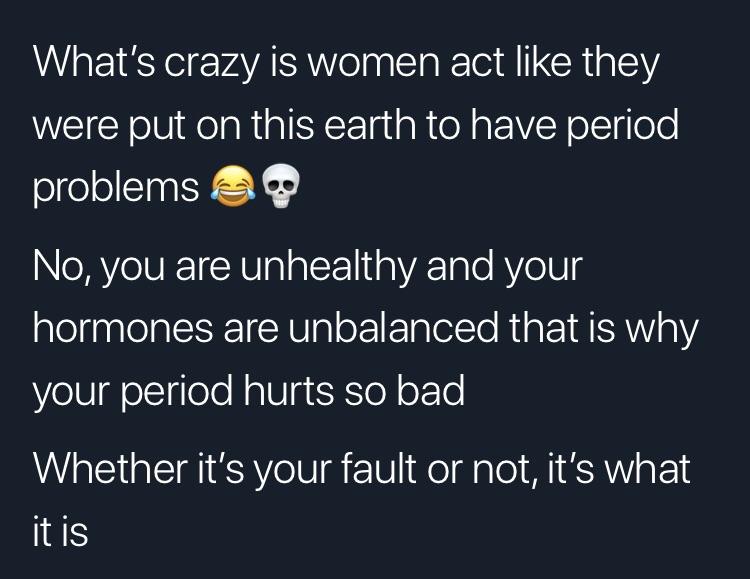 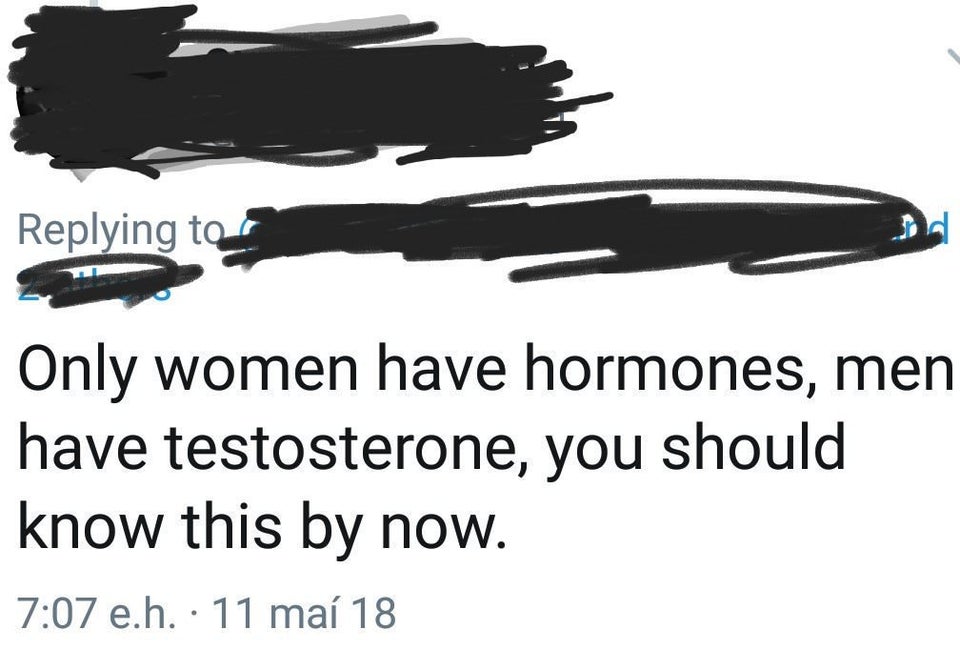