For a lot of parents or should I say most the parents, the idea of having pets is equal to having your house and every piece of furniture in it destructed. For children, the pets are like a blessing meanwhile for the parents it is completely opposite. The reasons parents come up with for not having an animal in their house as a pet are mostly all valid and make sense, whether it is due to financial problems, health problems or past traumas.

But trust me, the moment these four-legged creatures better known as the bundle of joys walk into their lives, they are always quick to change their negative remarks on them. Instead, not so surprisingly, they fall in love with them and act just as much caring and protective towards their pets as they do for their own children which is something I find so beautiful and wholesome. Keep on scrolling down, we have gathered some beautiful pictures and stories related to this topic for you…

1. “She never wanted cats because she claimed to be ’extremely allergic’ to them until Cleo came into our lives.” 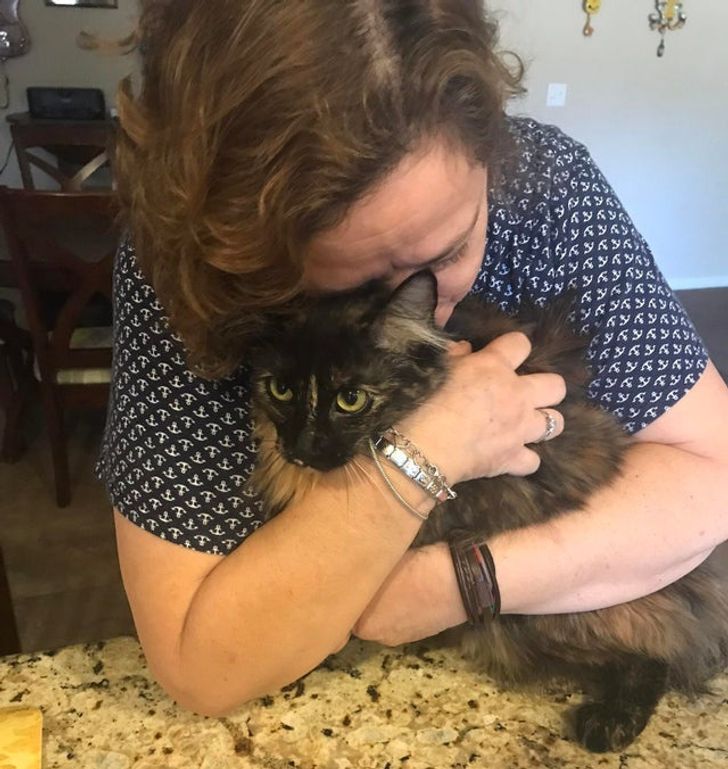 2. “After telling me she wouldn’t take care of the dog, my mom made him this little tent to keep him warm.” 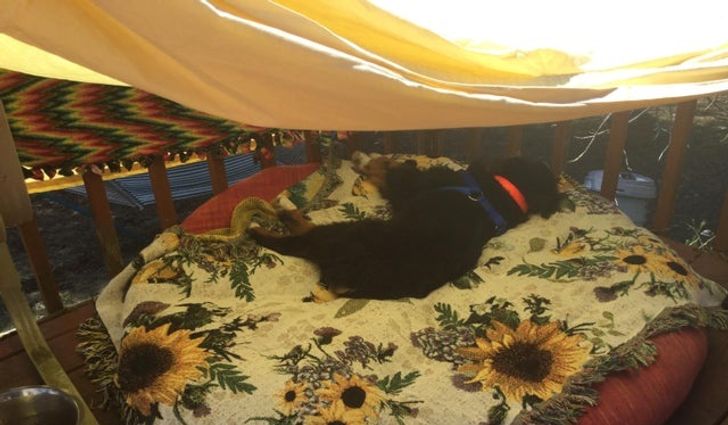 3. “When I lived with my mom, she was very serious about saying no to the idea of having a pet. Now when I visit her with my dog, they cuddle up all the time.” 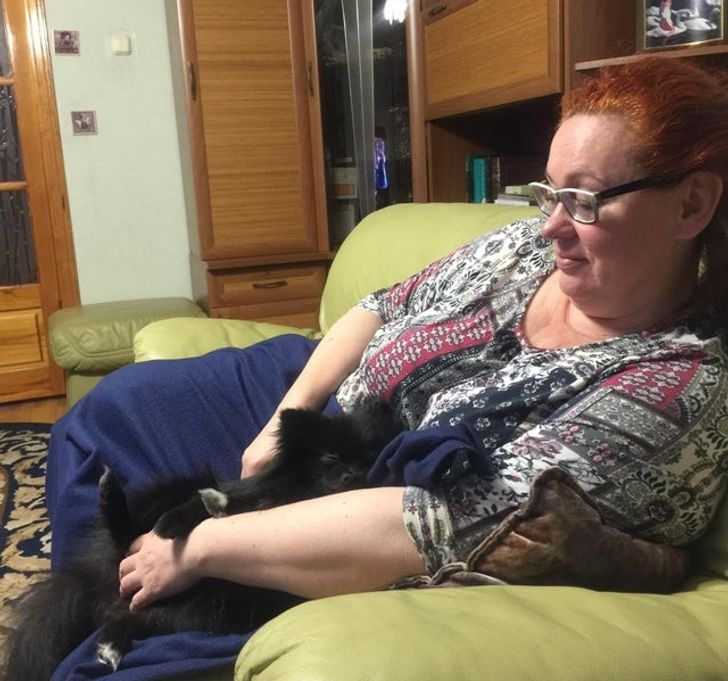 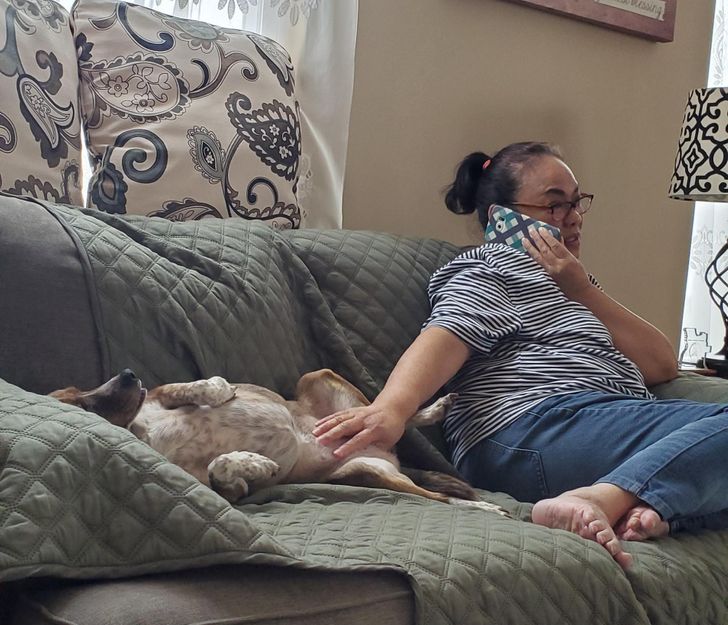 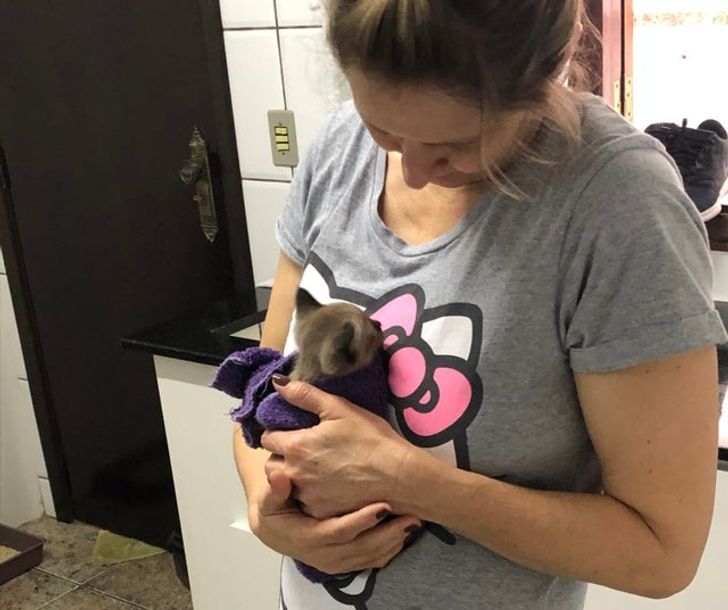 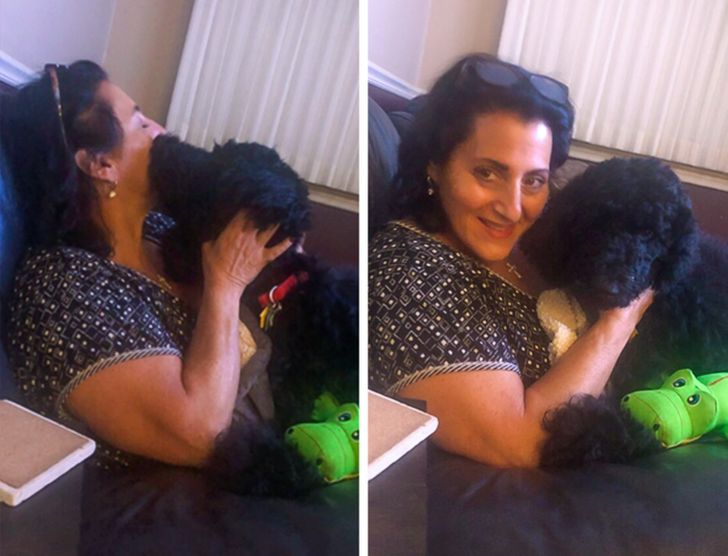 7. “Not only did she not want a pet inside the house, but she didn’t allow him on the furniture either. Now it seems that she cares more about him than she does about me.” 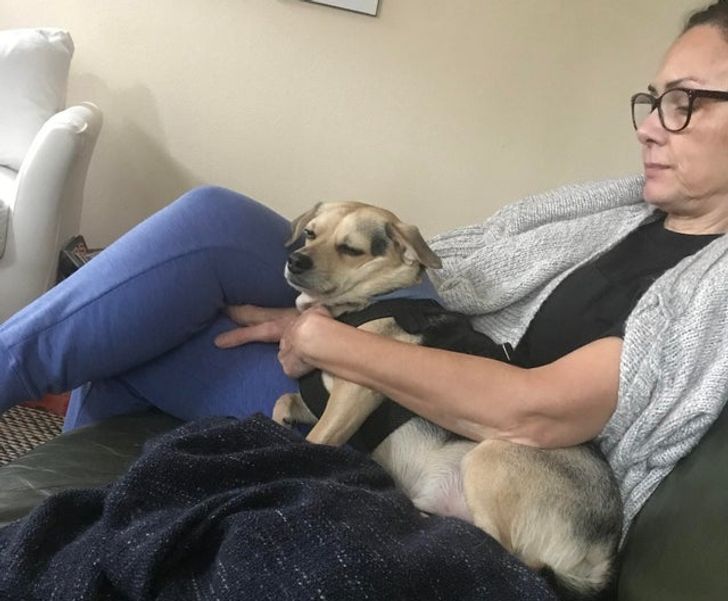 8. “At first, my mom was worried that Lulu was a mix of pit bull and another breed. Now she refers to herself as her ’best grandmother’. Lulu is very spoiled.” 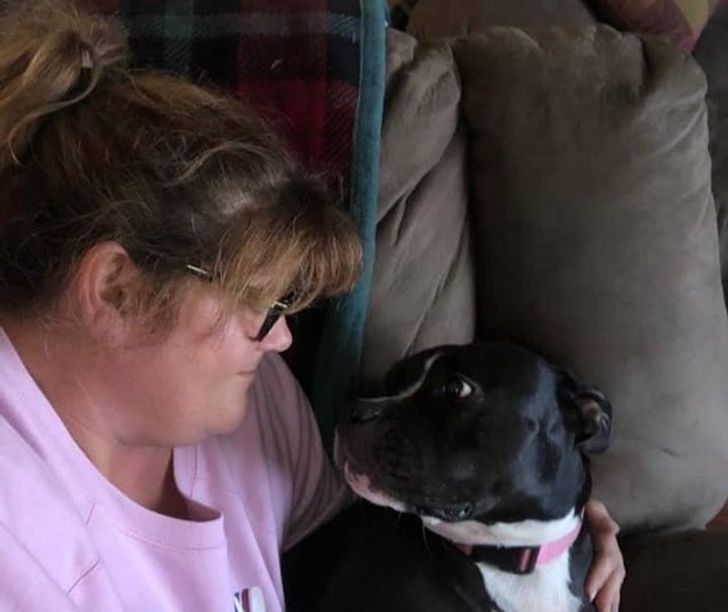 9. “4 years ago, my mom said, ’If we get another puppy, it WON’T be my puppy. It’ll be YOUR puppy and I won’t take care of it.’ Now the puppy is her baby and he has to sit on her lap every time they ride in the car.” 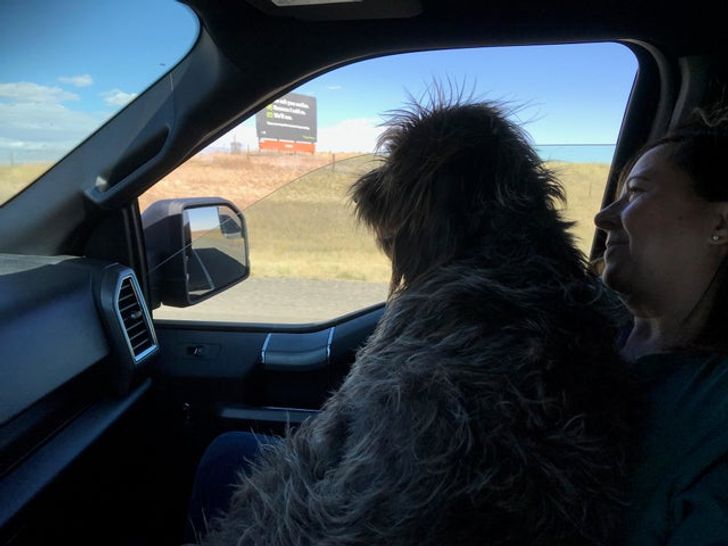 Aww, just take a thorough look at this image. Do you notice how everything about it screams love? Look at that genuine smile on that woman’s face, just absolutely lovely. Every mom and the pets in these pictures are too cute. I can not handle such cuteness for real, the stories are so beautiful. Keep on scrolling down to read more of these stories with wholesome pictures…

10. “Growing up, I always knew my mom was one of those people who yelled at pets. But now, she’s the first one to worry if our cat gets sick.” 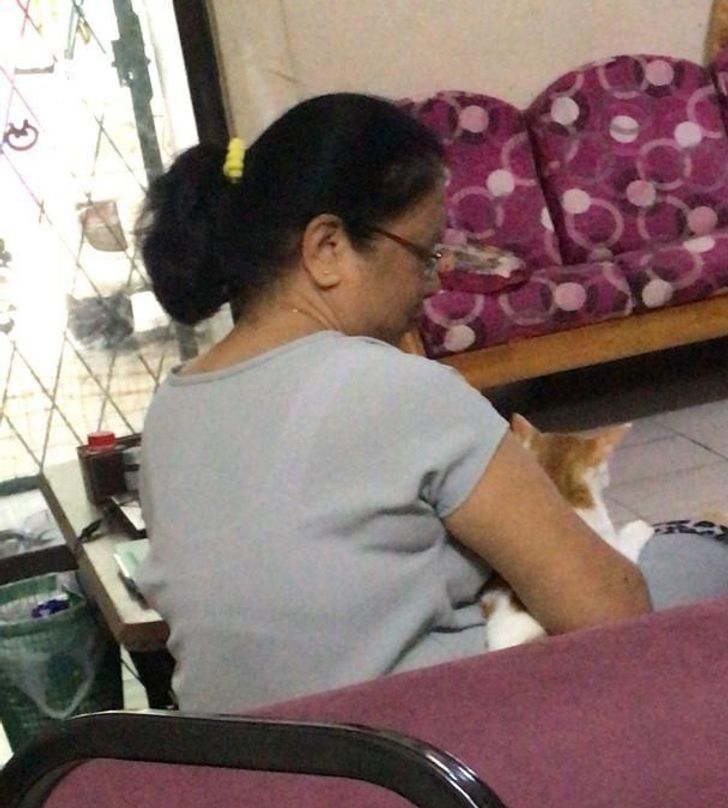 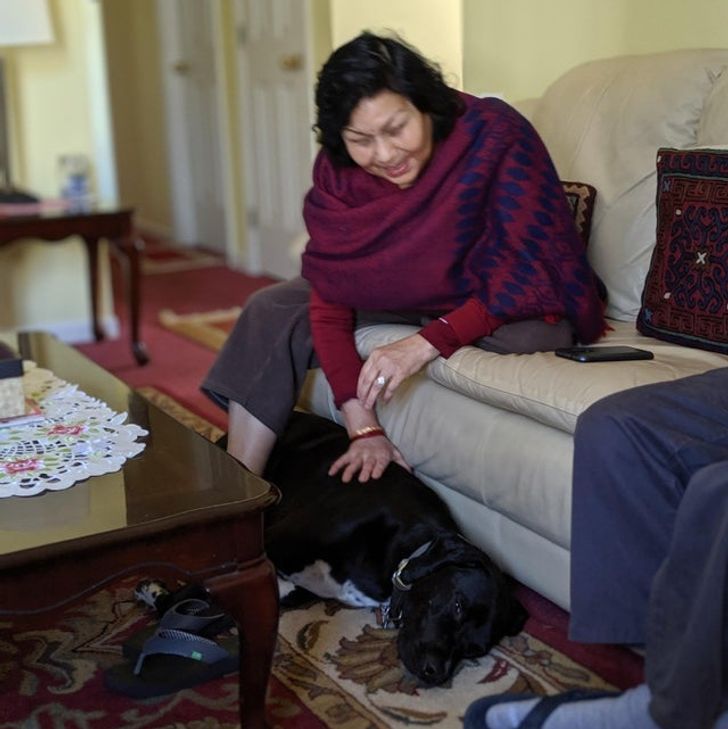 12. “Grandma: ’Dogs are dirty and should only be raised outside!’ Also Grandma: ’Do you want to come in? Let me wash your paws so you can enter.’” 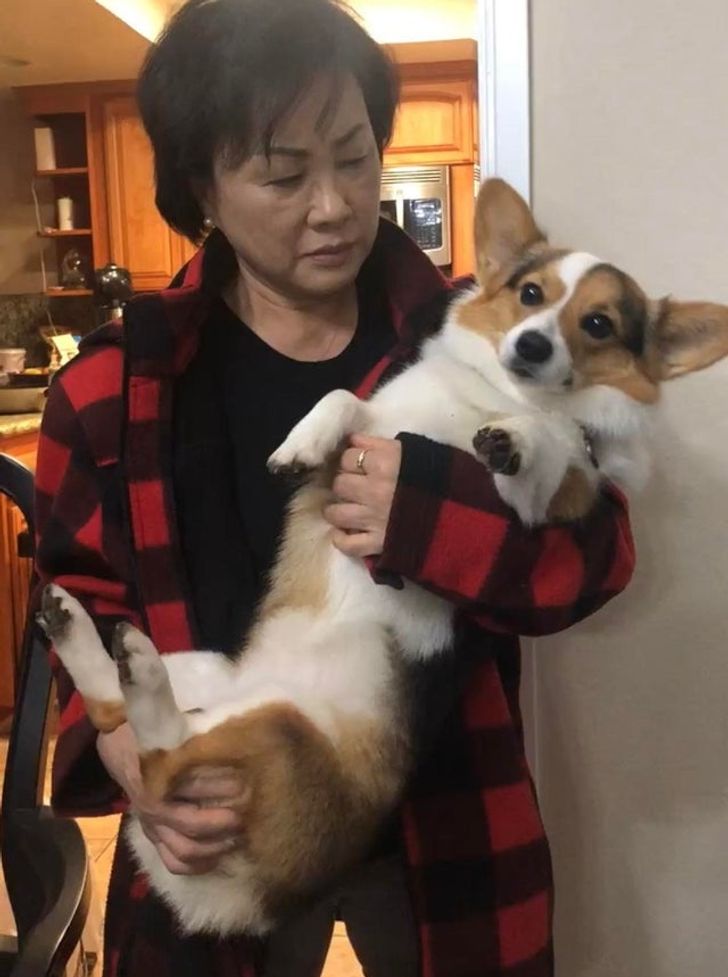 13. “My mother-in-law fondles my dog’s paw because she’s worried that he’s depressed, but what she doesn’t know is that he goes to doggy daycare, has 3 beds, and goes to the park almost every day.” 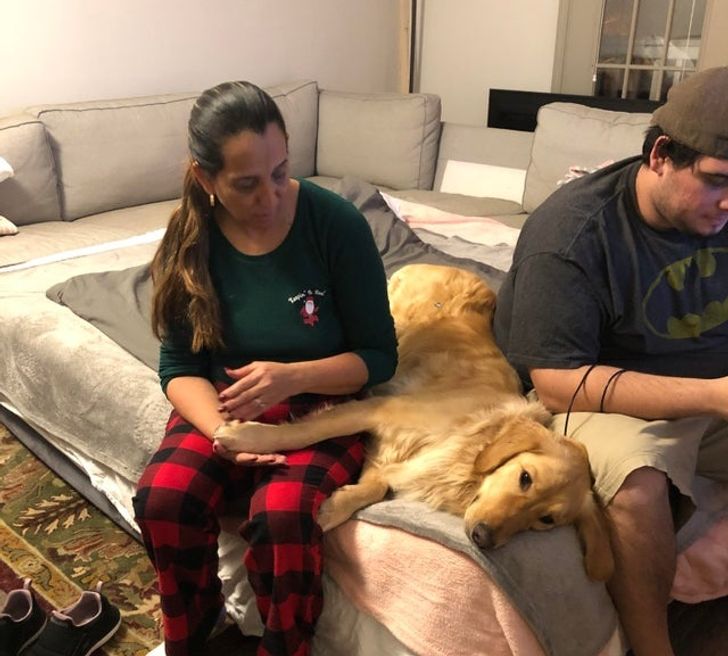 14. “My mom hated dogs because one bit her when she was little, but now she treats our dog as if he were her own son.” 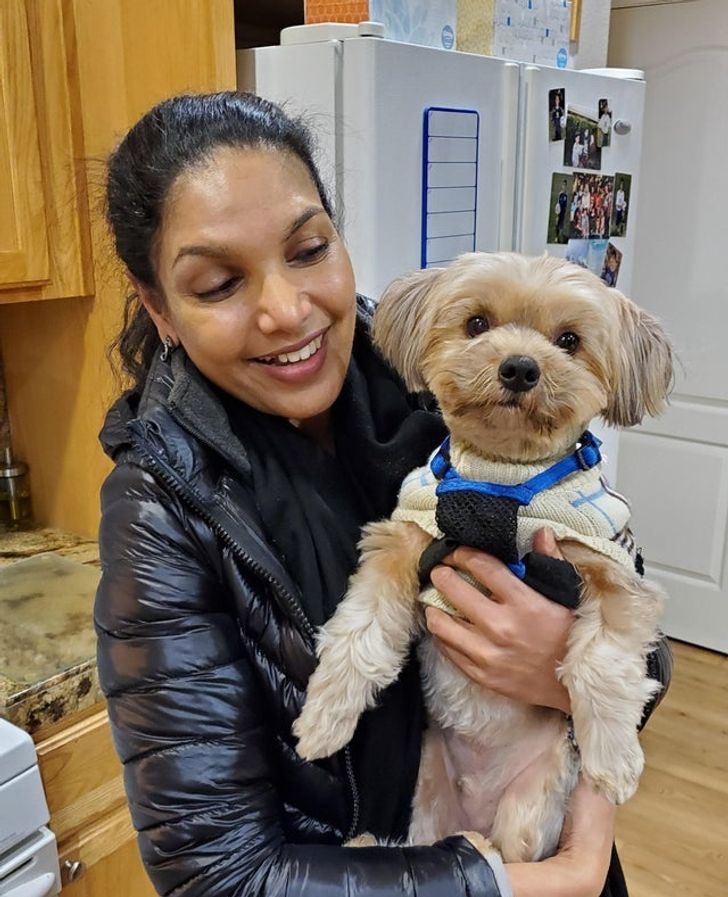 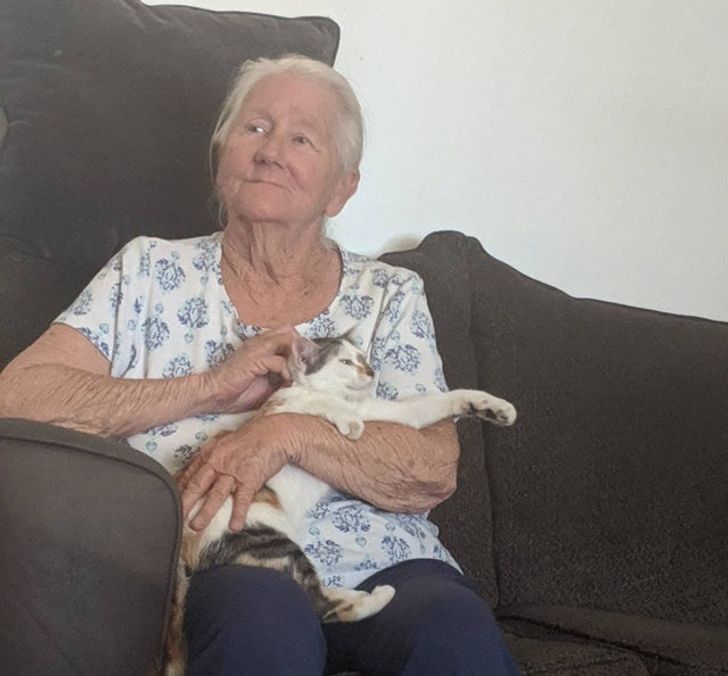 16. “My mom was reluctant to take care of my dogs while I was on vacation. She didn’t want anyone else to do it though. Afterward, I received this pic.” 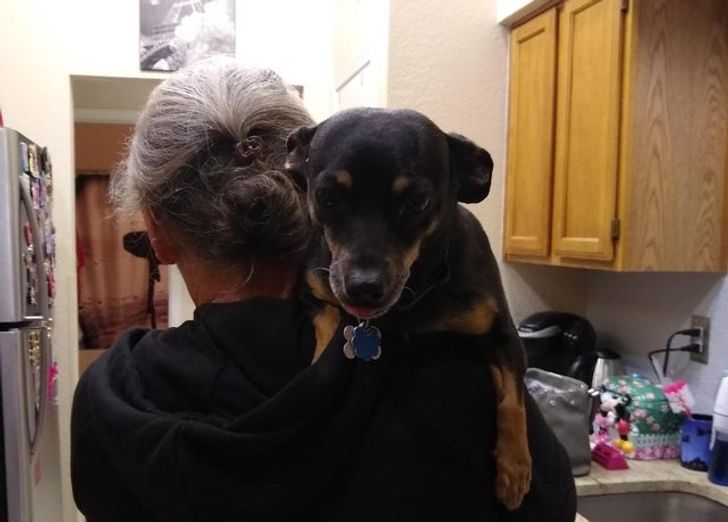 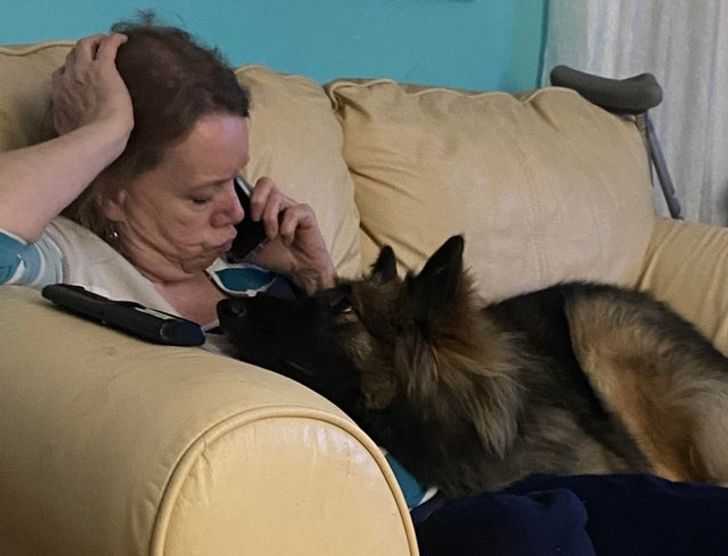 I am in love with this last picture, this german shepherd is so beautiful. Look how lovingly he stares at his grandma and the grandma seems just as much in love with the cute doggo. This was such wholesome content, I can not wipe the smile off of my face. Has your mother ever despised the idea of having a pet but changed her mind once you finally had a pet in the house? Tell us your story in the comments down below…