Every animal up for adoption deserves a loving home.

Stray animals, whether old or young, have the same heart and feel on the same level. Just like little young kitties and puppies, elderly cats and dogs both deserve our love and affection along with a cosy home and parents too. Adult animals are mostly neglected in favour of younger animals but some people go out of their way and adopt aged cats and dogs. Stray animals have often spent most of their lives on the streets or in abusive households which makes them run away. Most of these adult animals have induced traumas that need to be resolved and that is only possible if they get adopted by households and people who would actually treat them like their own children.

So today, we bring you 15 Twitter users who adopted adult animals instead of young ones and gave these animals a good life.

1. A big baby tabby finally got the mother he deserved. 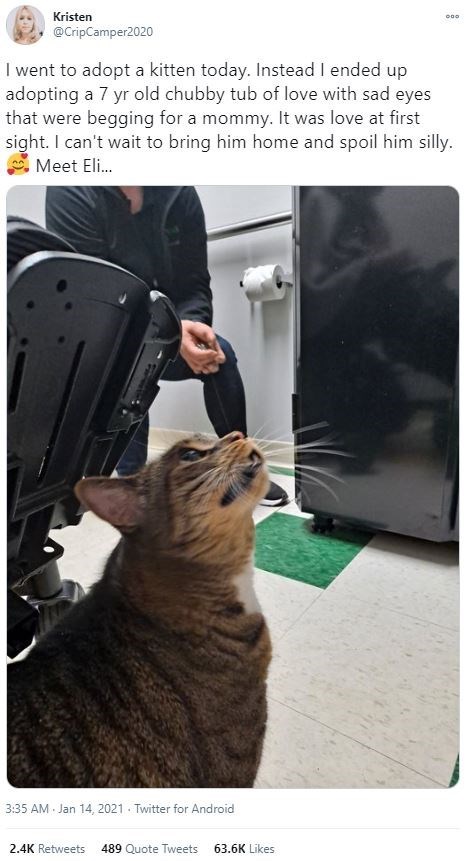 2. If it curls up like this, it has gained your trust. 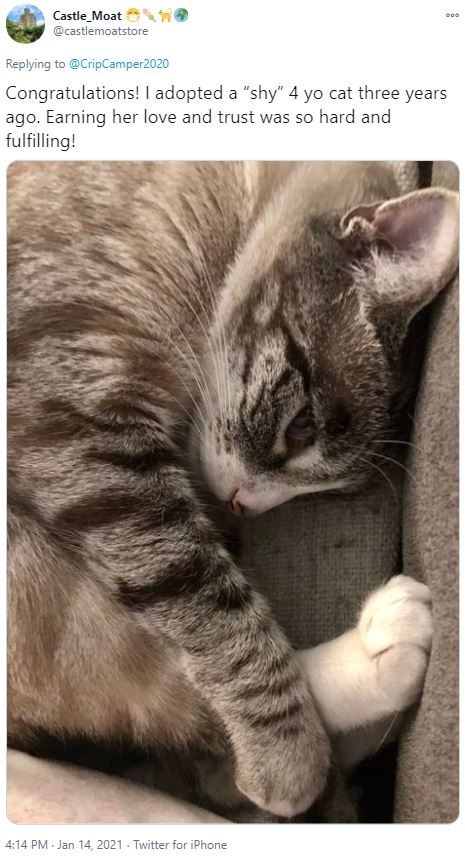 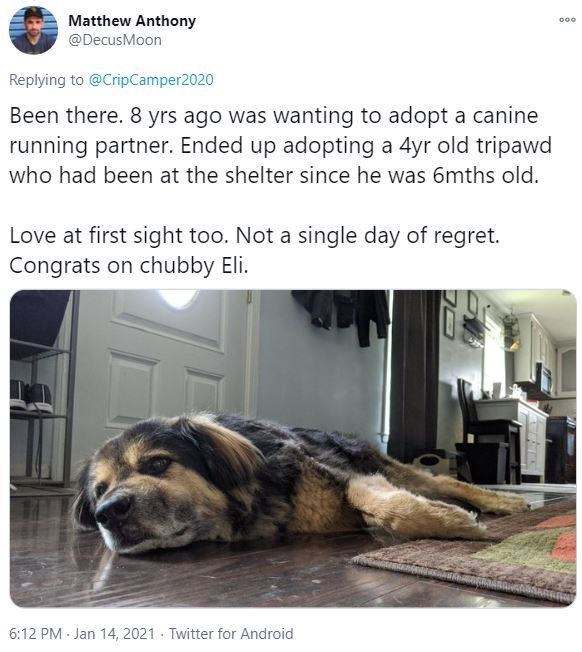 5. From cruel people to a loving home. 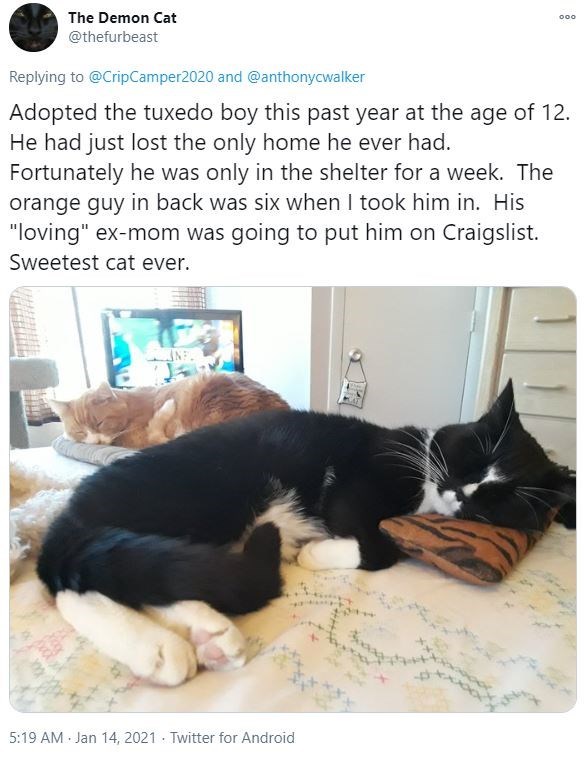 6. She was looking for someone to take her in and this woman bestowed the kindest gesture towards this little being. 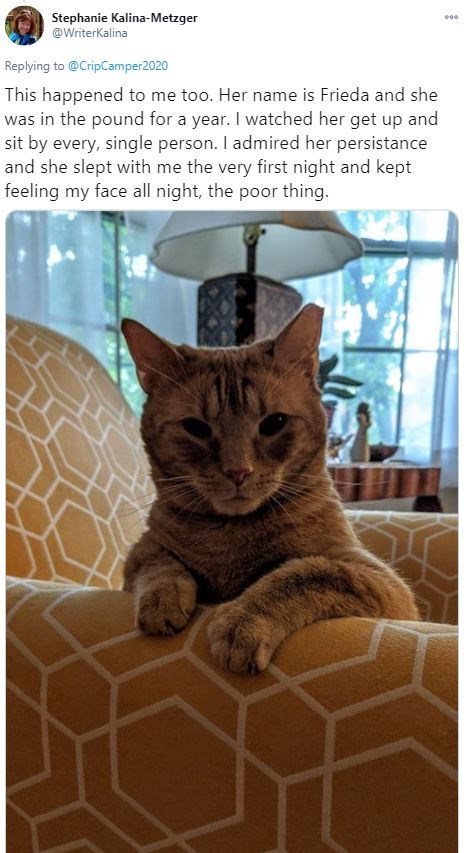 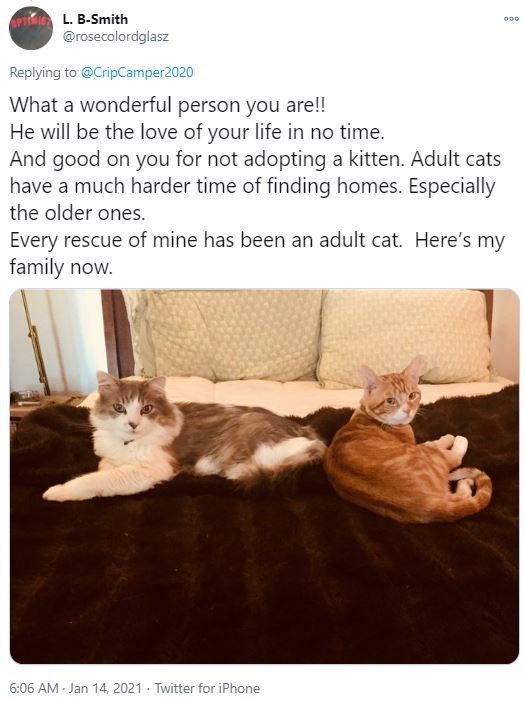 8. Cali is such a cutie. We wonder how low someone has to be to dump her like that. 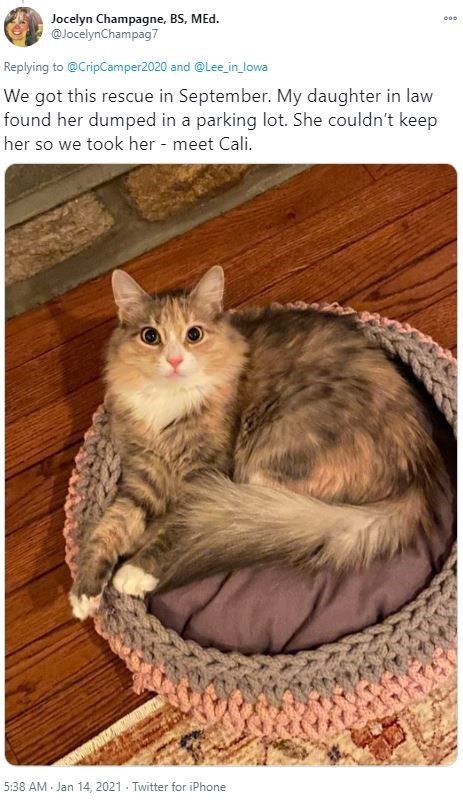 9. This big catto is really attached to his foster mom.

Advertisement
@PuddinCusp
There is nothing more wholesome in the world than someone adopting an adult animal that deserves a home and loving parents but these people went out of their way and adopted these fluffy adult babies. It’s really nice to see that these people treat these elderly animals like their babies and make the rest of their lives comfortable and full of care. If you want to see even more animals getting adopted by some of the best people out there, scroll down below. 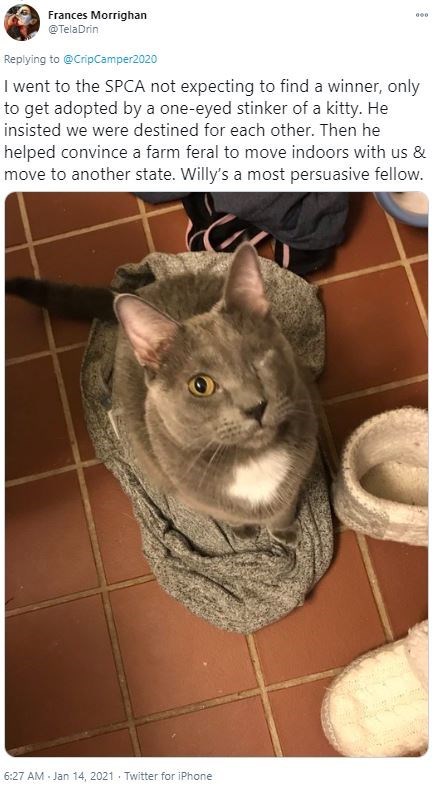 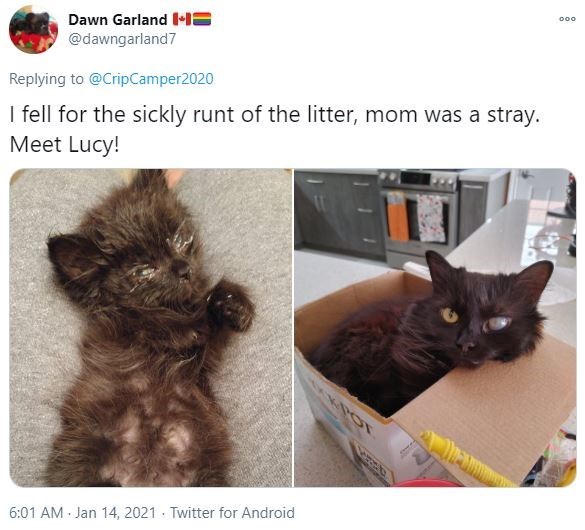 12.  Blacks cats are the prettiest. 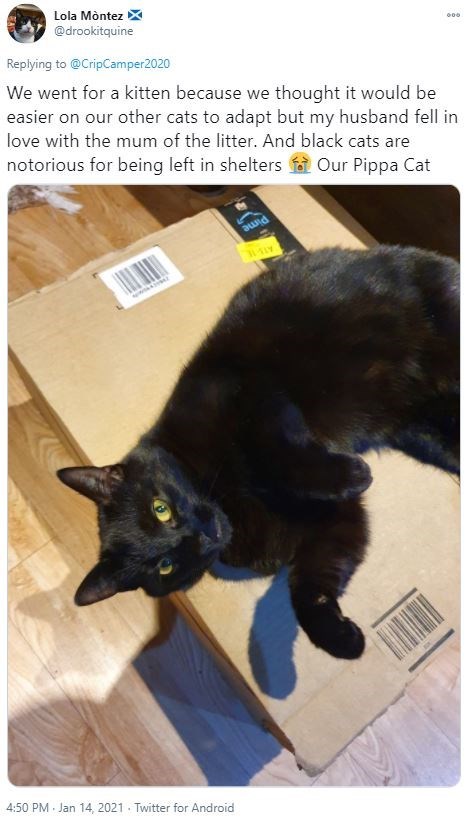 13. Rico will have good parents to look after him now. 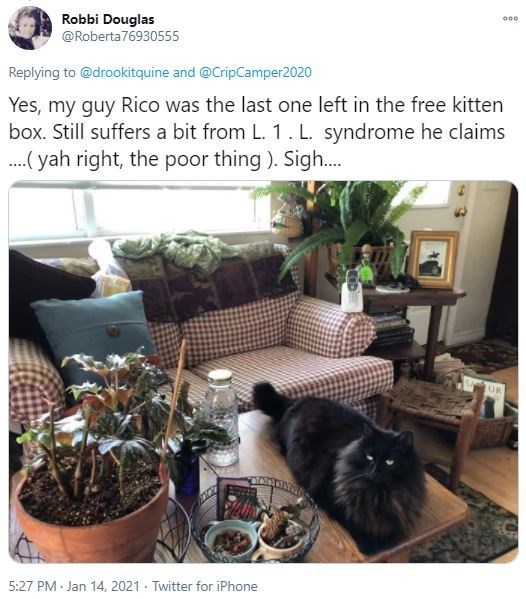 14. They bought home an angel instead of a tiny demon. 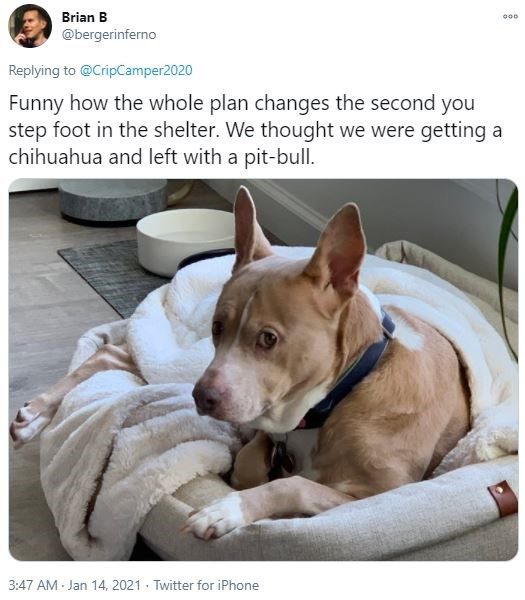 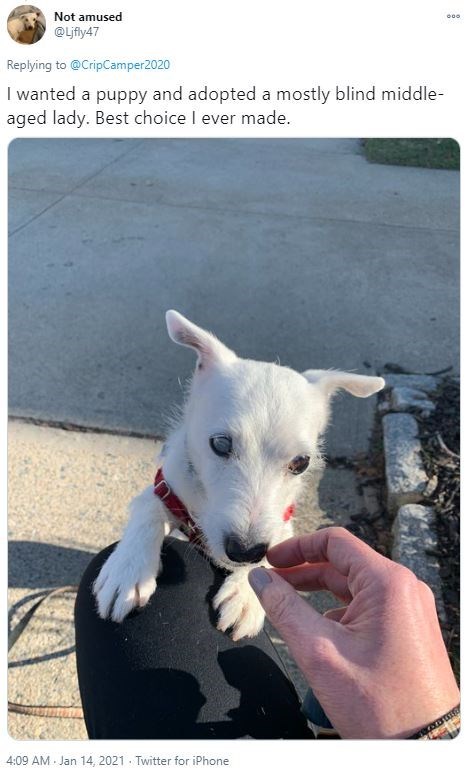 15. This cat family only got bigger and lovelier. 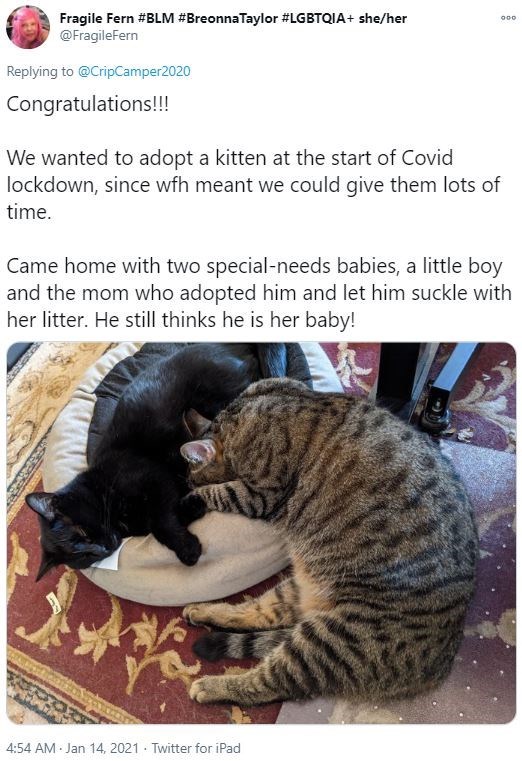 @FragileFern
And with that, we conclude our list of senior fluffy babies. Some of these tweets are really heart wrenching when you think about how many hurdles these poor animals would’ve gone through but thank god, they found good eternal homes with the nicest people out there. Let us know which tweet was your favourite down in the comment section below.