It is our job to protect our pets.

Animals don’t know any better no matter how intelligent they may be. But some people tend to forget that and let their pets run free. This can not only harm other people but also the animal. I mean what if they get injured or hurt someone else? That is exactly what this woman is trying to stop from happening but her neighbors are being less than helpful. You see, she has a few dogs and they share their garden with their neighbors.

However, there is a fence separating the neighbors but that doesn’t really stop a particular energetic Pitbull from jumping over the fence and coming in. While she doesn’t mind her dogs playing with the neighbors, she is worried when it comes to the husky. She goes on to say that her Husky is a bit territorial and tends to feel anxious with other dogs. She has tried talking about this with the neighbors but they aren’t really listening.

So that is why she decided to ask Reddit for some help. You can scroll below to read the whole story for yourself.

The story is a bit more complicated than it may sound from the title.

She loves the dogs but she also wants to keep everyone safe so this is the right choice. 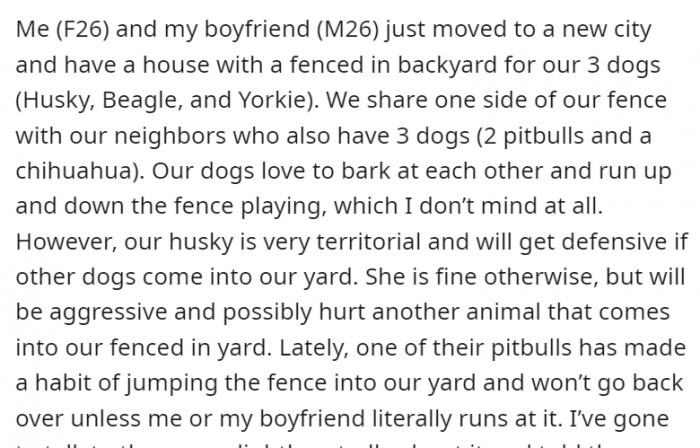 But even after talking with the neighbors, they really aren’t doing anything when it comes to the dogs. 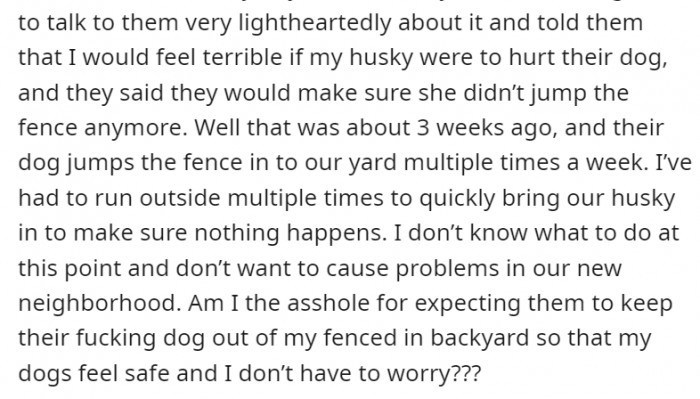 I really can’t understand the reasoning behind the neighbor’s thought process. What do they think will happen if they continue ignoring what the poster of this story has said? And I am pretty sure that if their dog gets hurt, they will blame her for not controlling her dog even though their Pitbull is the one jumping over her fence. I can only hope that no one gets hurt because an altercation just seems inevitable.

As you can imagine, people in the comments were 100% on her side.

After all, it is not as if she hasn’t warned them repeatedly. 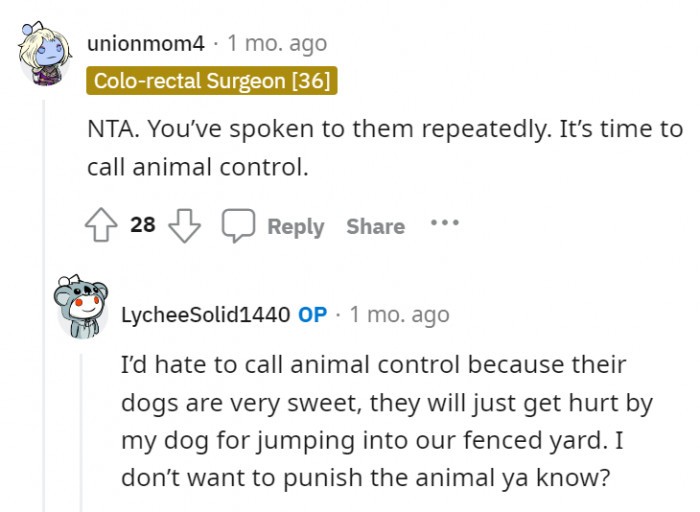 She doesn’t want to call animal control and I understand that.

But that might be the only option in this particular instance.

They will blame her if anything happens to their dog.

So people on Reddit had a lot of advice to give 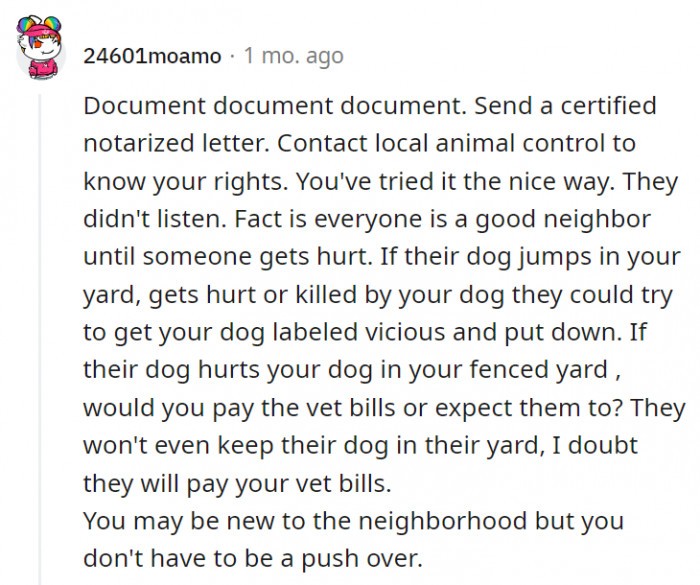 People assured her that she is indeed in the right. 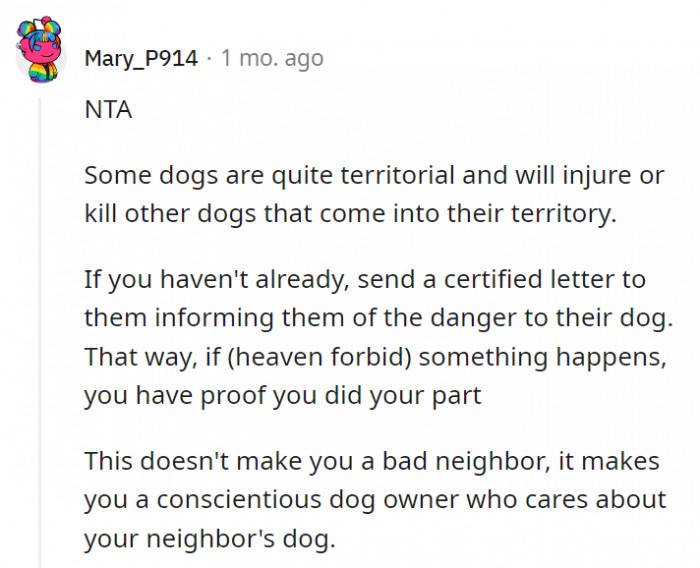 Her neighbors really should listen to her if they want their dogs to remain safe. 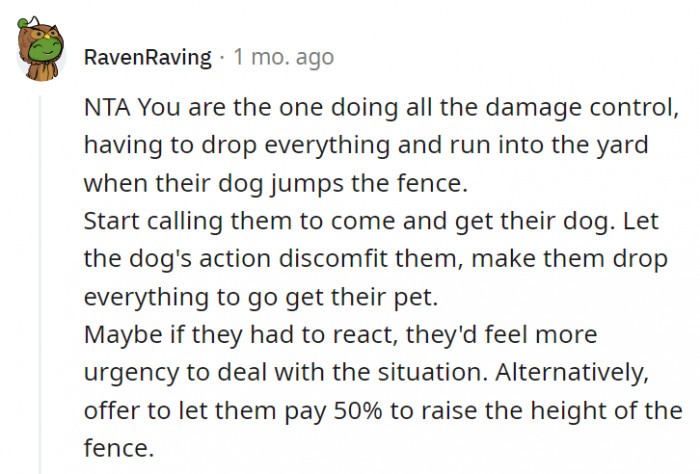 Putting a spiky wire might be extreme but it will ward him off.

I bet if she does that, they will get pissed off.

I am pretty sure that they aren’t going to do that.

This might cause bad relations with them but it is the only choice.

If they aren’t doing anything, she has to do it. 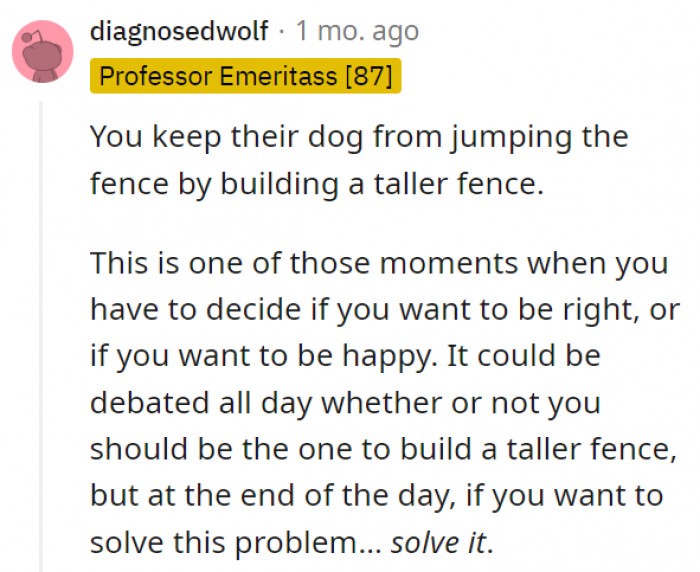 They don’t really care at the end of the day. 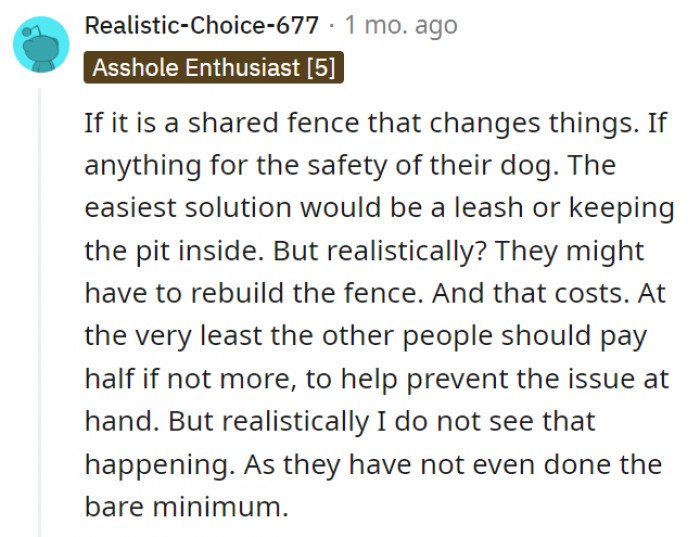 Waiting might cause a problem that she will regret later on. 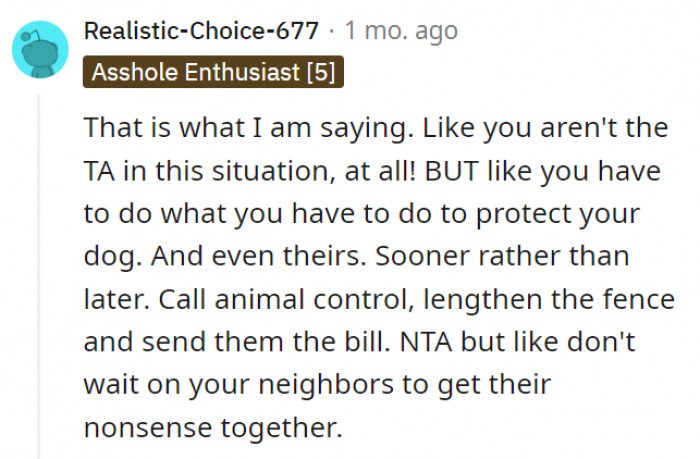 I think the only option here is to build a taller fence. 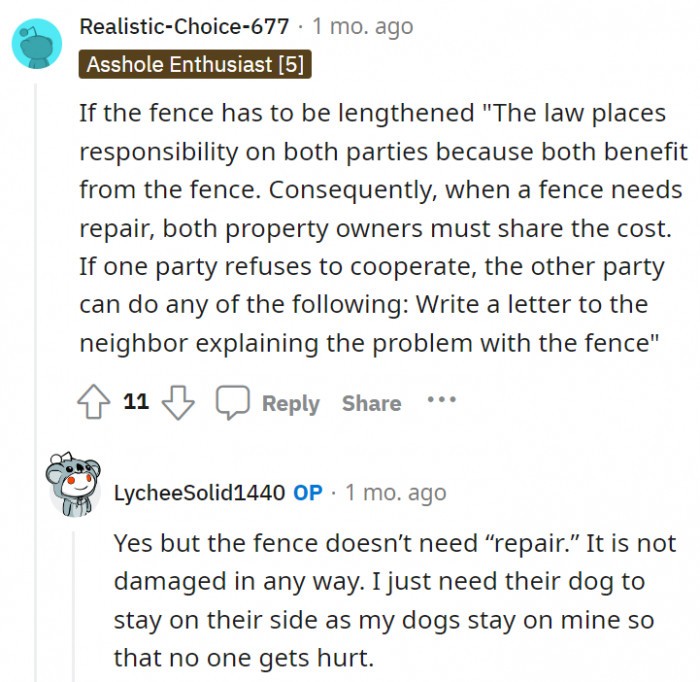 And people agree that she should do something as soon as possible. 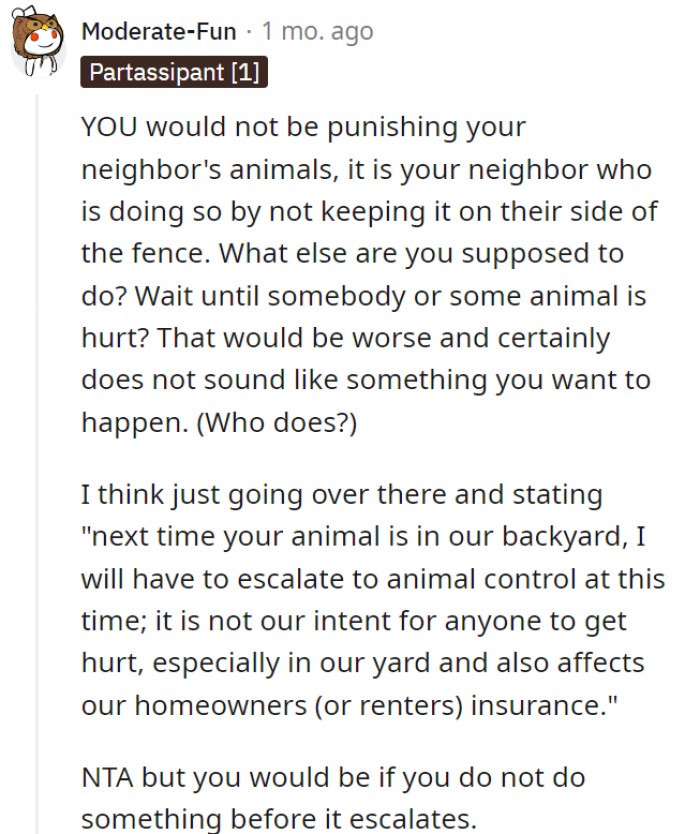 Animal control might be the way to go in this situation. 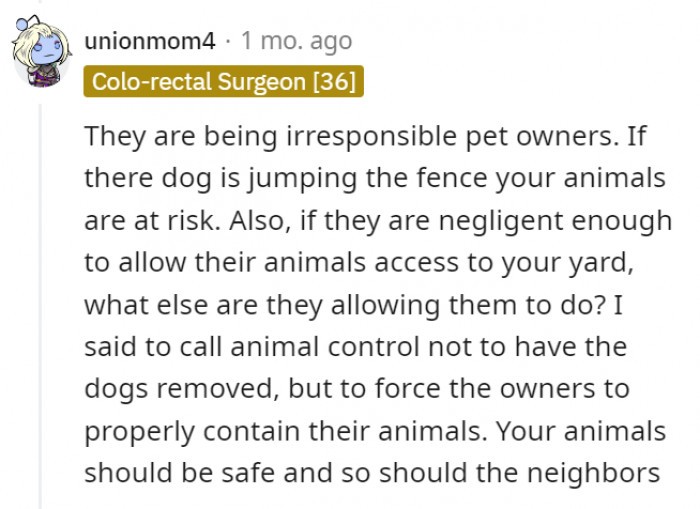 We have got some kitty tax to put a smile on your face!

My neighbors left town permanently and forgot their cat… I guess I own a cat now? They always said she had a pedigree.

What are your thoughts on this story? Do you think her neighbors just don’t care? Or do they simply don’t understand the consequences? Have you ever had to deal with such neighbors? If so, let us know in the comments, and don’t forget to share this with your friends so they can join in the discussion as well.