Animals can get sick quite easily.

I didn’t know this was so common until I actually got a cat myself and I could finally understand that taking care of an animal is not as easy as it may seem on the Internet. While they are absolutely adorable, they are living beings and not just some accessories. And just because you love the faces they make when eating a lemon, doesn’t mean you should be hurting them just for fun.

However, that is exactly what a lot of people do and they tend to forget that they can get sick as well. And as we all know any kind of illness can be really hard on the body. I mean if I know that something makes my cat sick, I never feed him that particular dish. And why would you feed them human food when there is food specially made for them in the first place? That is what boggles my mind in this particular story.

But you will understand what I am talking about once you scroll below and take a look for yourself.

This person has previous experience with this dog and it wasn’t a good one. 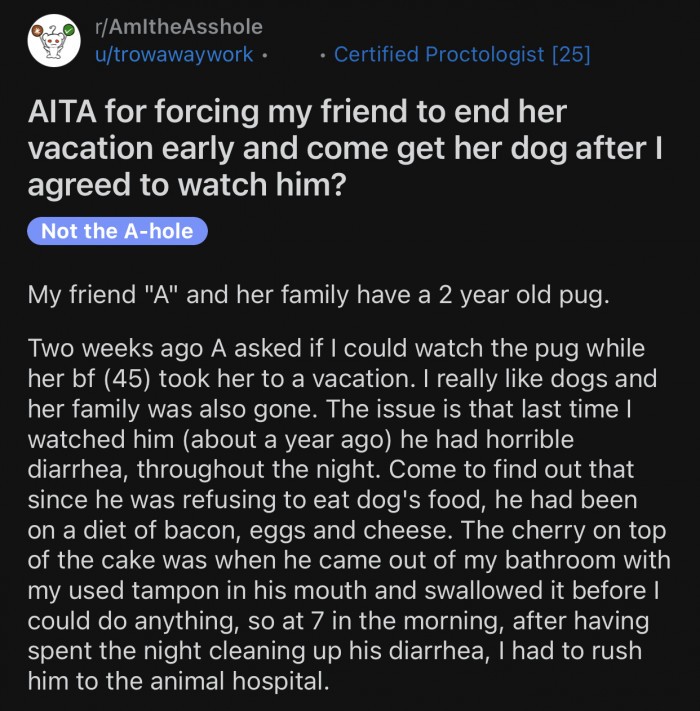 So that is why they declined but the friend’s boyfriend was willing to pay a lot more than usual.

But the poster of this story did make a deal with their friend and yet that is not what happened. 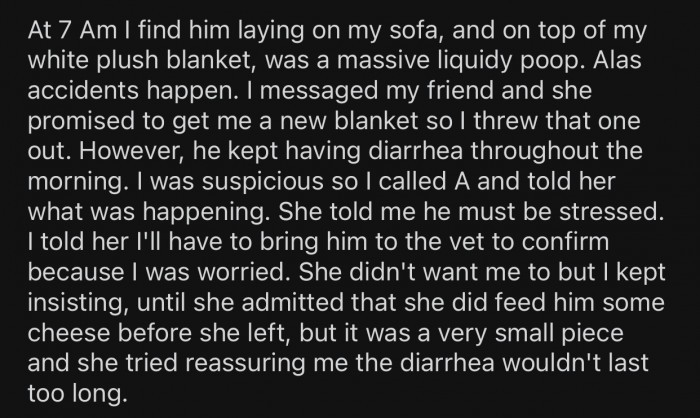 She apparently did feed him a ‘tiny bit of cheese’ and he obviously got sick. 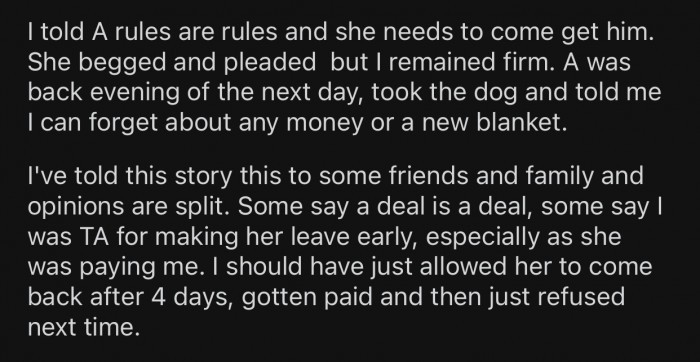 So the poster asked the friend to get her dog back which has strained their relationship. 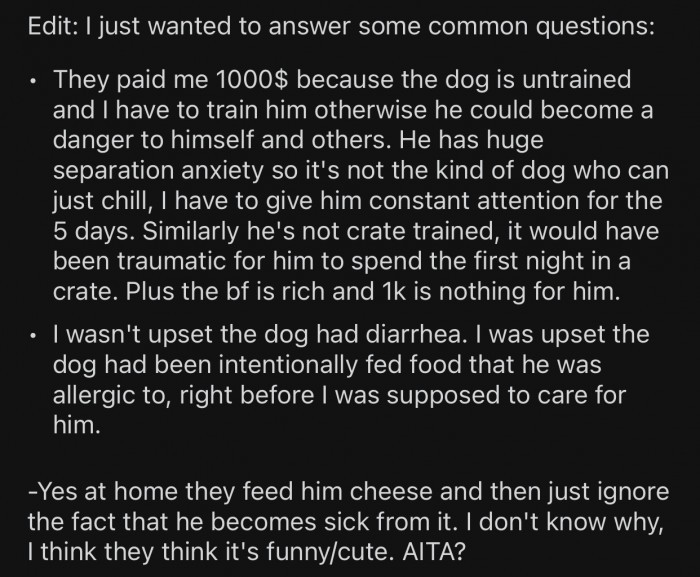 I honestly just feel incredibly bad for the poor doggo. His family knows that he is lactose intolerant so why do they even feed him cheese in the first place? And he has not been trained at all either. I do believe that every dog owner takes responsibility for training that doggo when they adopt them. And yet these people are simply neglecting all his needs. He has some stomach issues and yet they think it is no big deal. I can only hope that the doggo finds a better home because this is not it.

People in the comments were generally on the side of the poster which is not a surprise. 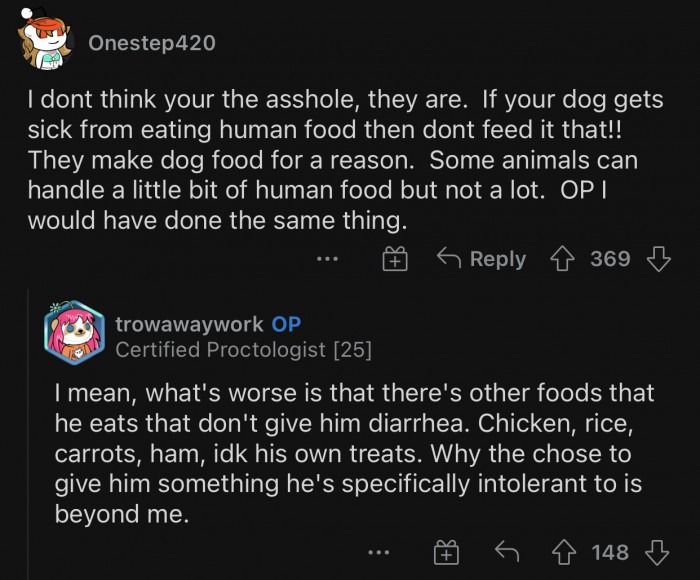 Most people were just gobsmacked by the dog owners. 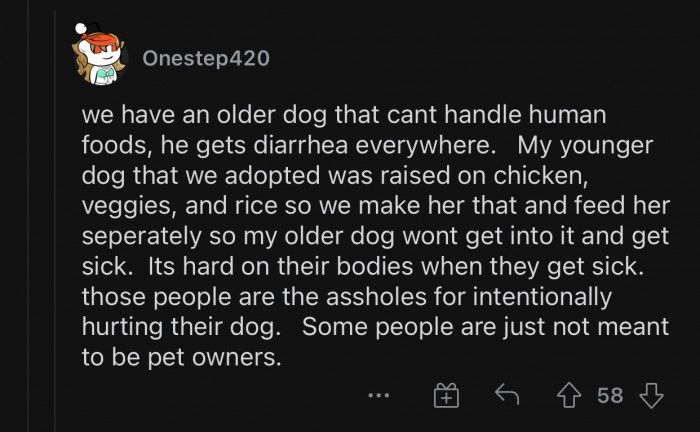 Those people really are quite negligent and don’t deserve the doggo. 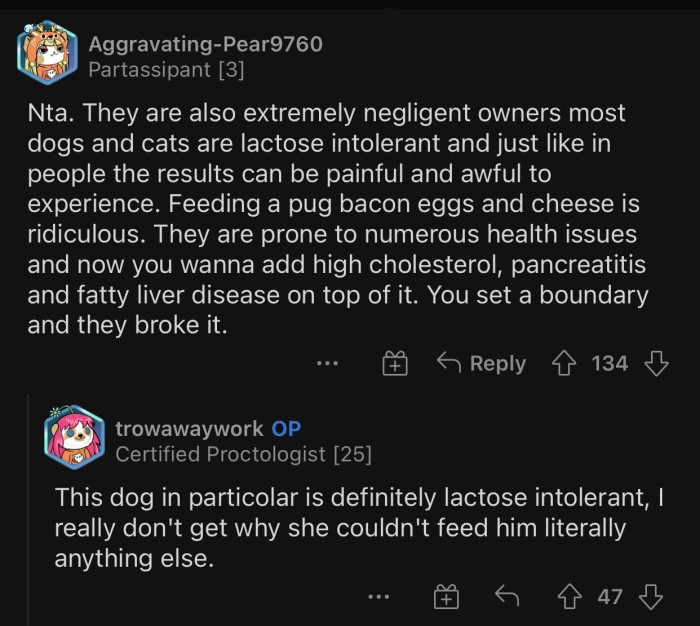 There were a few more details on how they act with their dog and it is concerning. 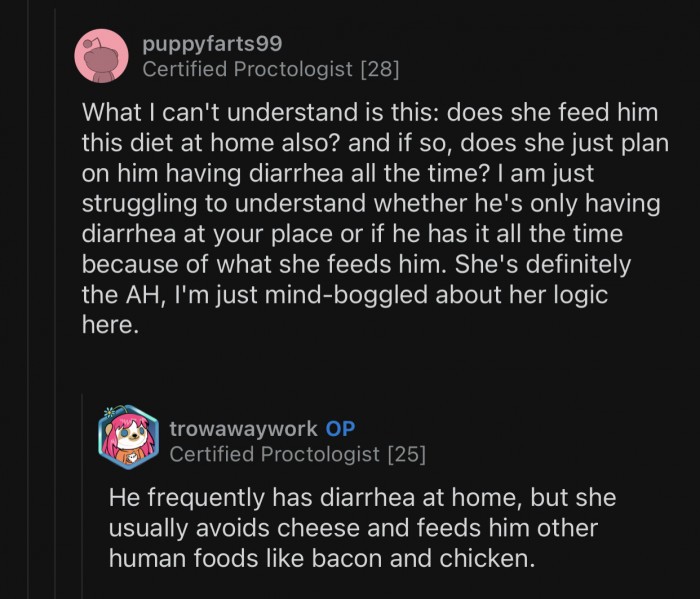 They also need to pay the poster some money and yet I don’t think that it will happen.

$600 is not something to be sneezed at either. 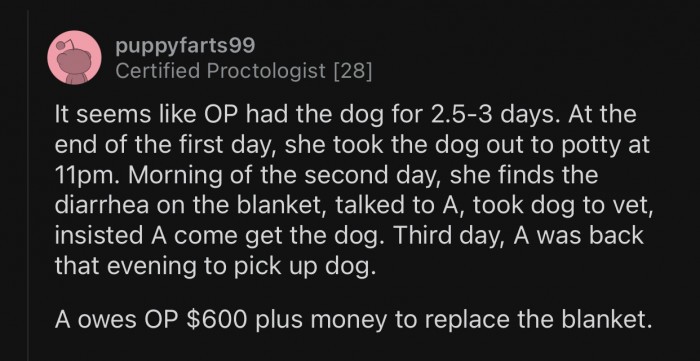 The friend is the one who broke the rules.

This particular comment had a lot of good questions which were answered promptly. 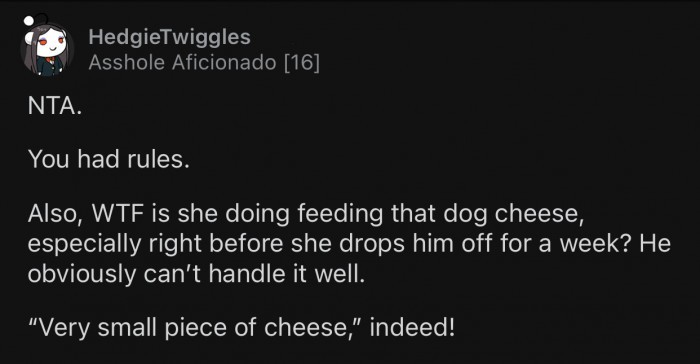 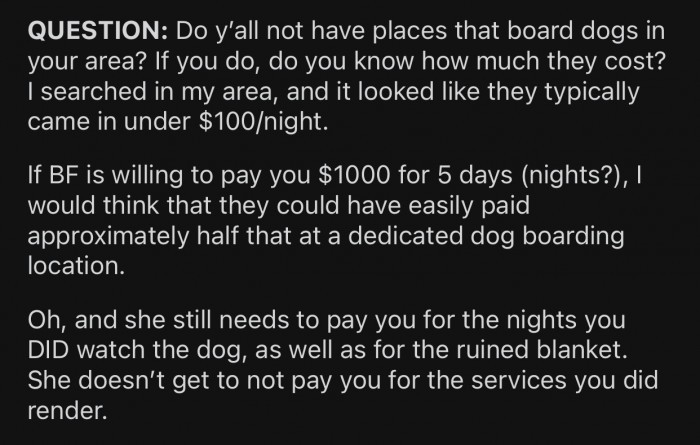 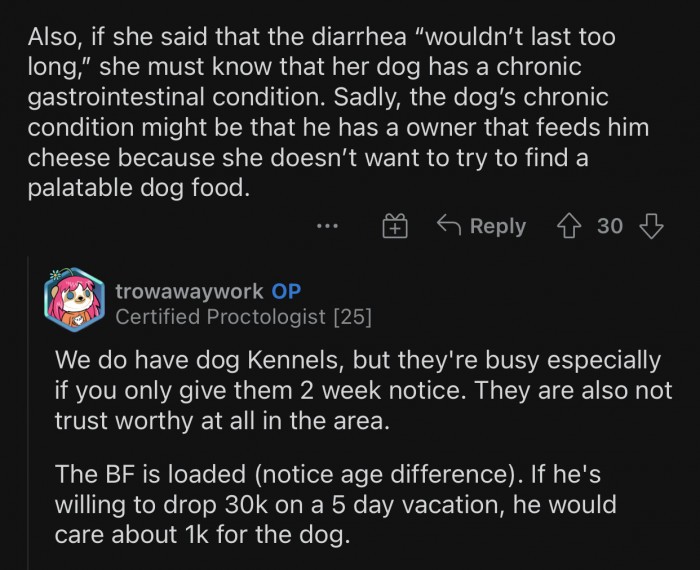 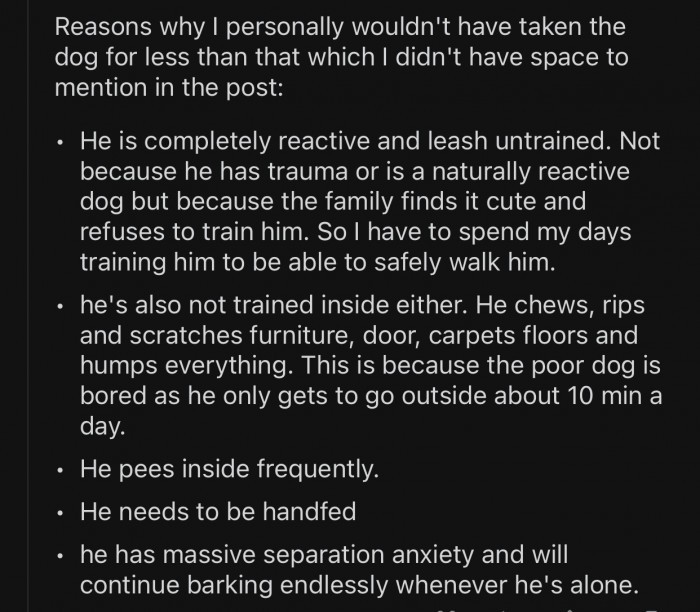 The poster also explained why they can’t watch the dog at someone else’s home. 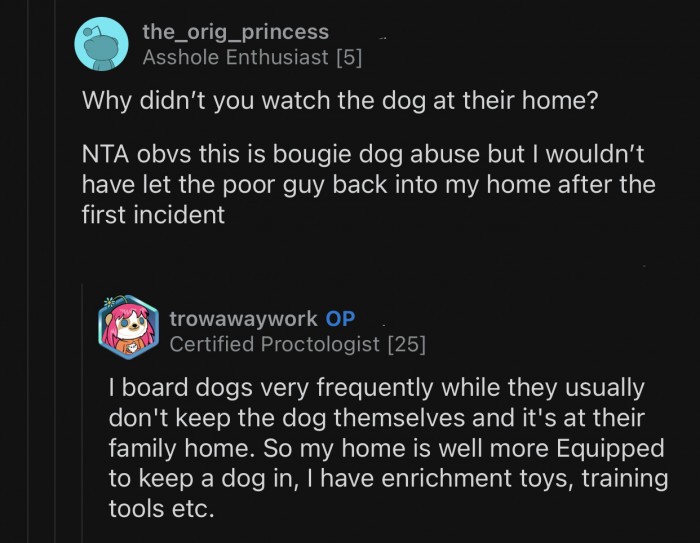 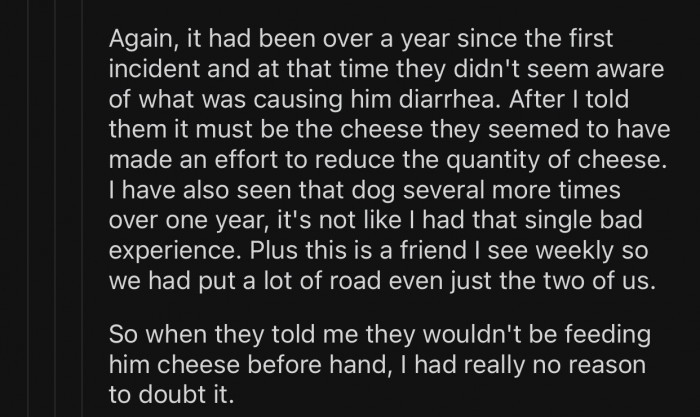 The friend needs to become a better pet owner.

Only sick people do this kind of stuff.

We can all hope that the dog gets better soon and finds a good home.

Some adorable cat tax to wash out the horrible taste this story left in your mouth!

This is exactly the stance every Karen takes when they ask to talk to the manager. This kitty is clearly disappointed in someone and isn’t afraid to show it.

What are your thoughts on this? Would you ever feed your pet something that you know makes them sick just because they really like it? And what would you have done in this situation? Would you have forced your friend to cancel the vacation or just dealt with it? Let us know in the comments below and don’t forget to share this story with your friends so they can join in the discussion as well.