Why are people so obsessed with femininity?

I’m not saying there is anything wrong with being feminine whether it’s a girl or a guy. But why do certain things make you feminine or masculine and at the end of the day why does it matter? We are in the 20th century and we really should leave these outdated thoughts behind. However, there are so many people who still think that a girl with shorter hair is somehow not as feminine and is trying to look like a guy.

This is absolutely not true. There are many reasons to have your hair short from you feeling more comfortable with short hair to have it easier to manage. Whatever a reason might be, it is your life and you can do whatever you want with it. However, some guys seem to think it is their business to tell a girl what does and doesn’t look good on them.

And the following conversation between a ‘nice guy’ and a girl who chopped off a few inches of her hair is just on example.

I think every girl has received similar messages to this. 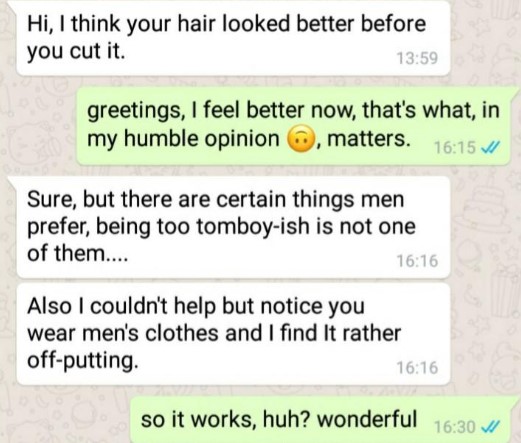 I know that my WhatsApp is filled with messages like these from strangers that I have never even said a single hello to.

I had no idea being sarcastic meant you were trying to look tough. 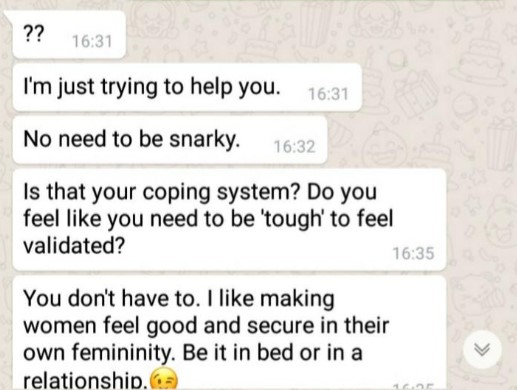 I think she is wishing right about now that she had never met you. 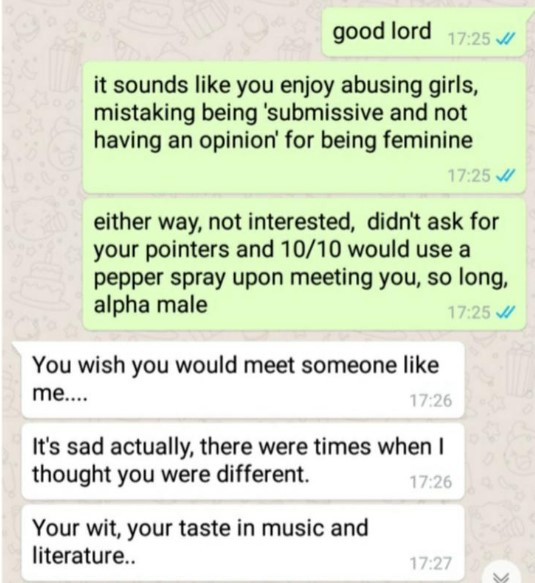 of course, she is the one with the attitude problem here. 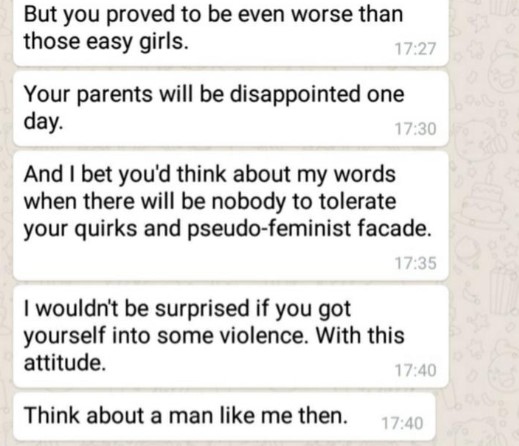 Yes, blocking her first! That would show her! 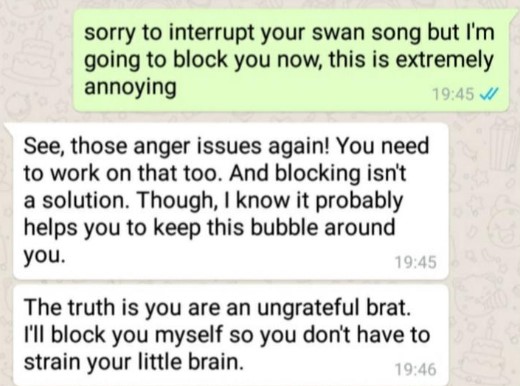 I used to have a coworker that I thought was harmless…… Until he got spitting mad that someone else but HIM touched my hair. I got it cut. It got a lot worse from that point.

He doesn’t work there anymore and the last time I saw him, he got told off by a lady next to me at the bus stop. Also he was like 70. I’m in my 20’s. –Bluellan

I’m probably going to steal this line for later use. 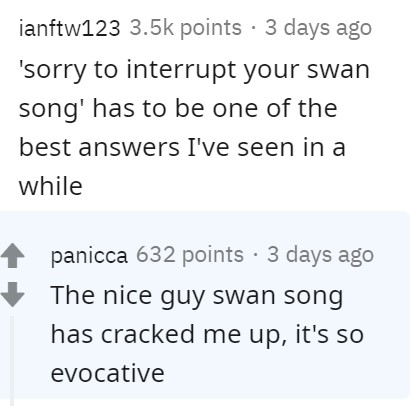 I bet all his past partners felt very secure if he had any. 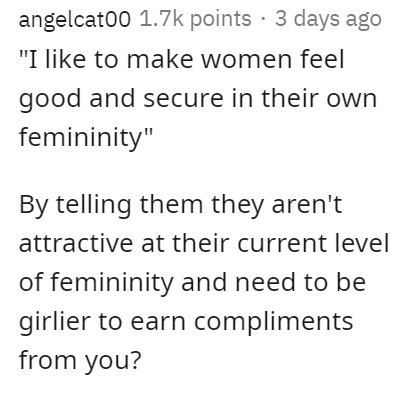 Honestly, I don’t understand why someone has the right to comment about your appearance and choices regarding it. 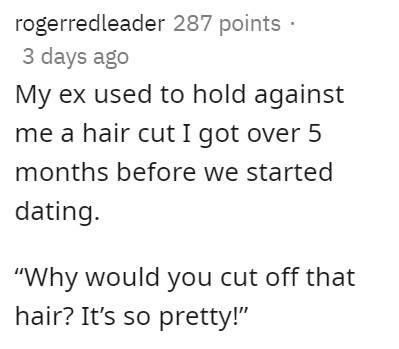 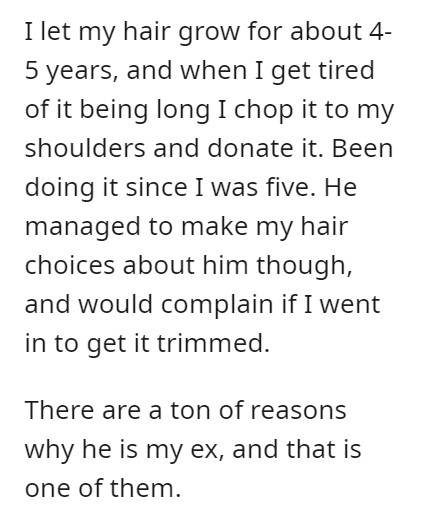 I absolutely don’t get people like that, especially if they your so. One would think there are different (and more important) things than your hairdo. –longSnailButlazy

She missed the perfect life with the white picket fence. How will she go on now? 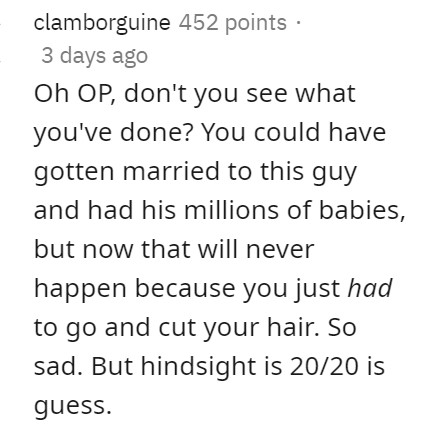 Why not post your own similar conversations in the comments below? And don’t forget to share so others can join in the fun as well.