Parents have a lot of responsibilities.

Especially if they have more than one kid. You have to make sure everyone is getting their basic needs met, drop them off to their extracurricular activities and a thousand more things that a parent needs to take care of. All that to say it is not easy so it is not a surprise when people give a bit of leeway when it comes to parents. After all, we don’t know what is happening behind closed doors.

However, even that leeway has a limit. And the woman mentioned in this story clearly took advantage of the situation. You see, she was always late when picking up her son from gatherings or parties. And while at most an hour can be explained away, 5 hours is a bit too much. Especially since she didn’t have a proper reason for why she did this. Everyone has their schedule so getting stuck with someone’s kid is never a fun time. 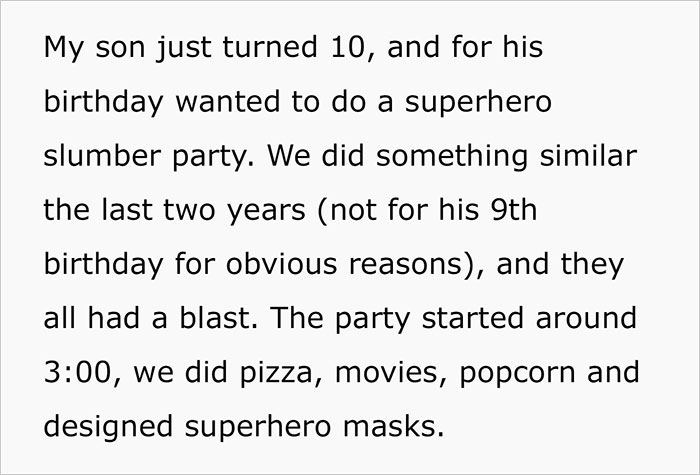 And the family told everyone when to pick up their kid. 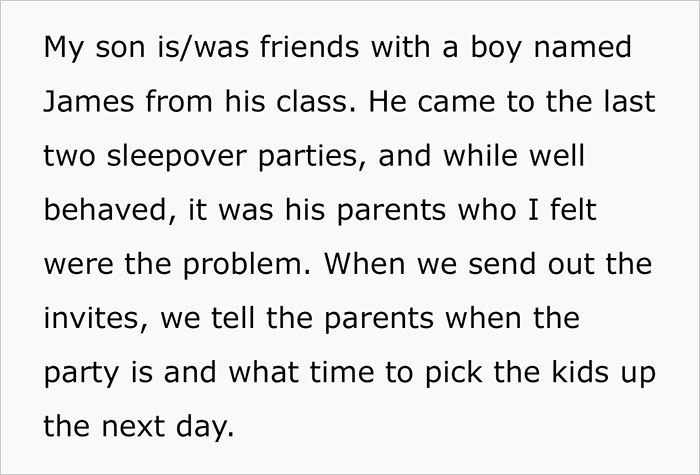 And they did this because James was always the last to be picked up. 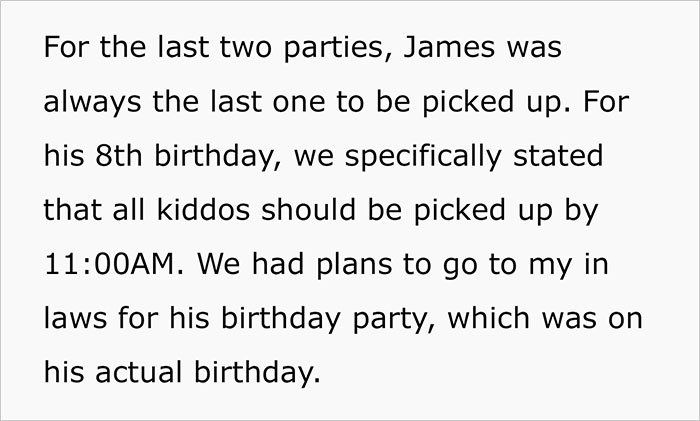 So when the time came, this mother was again late but it had only been 30 minutes. 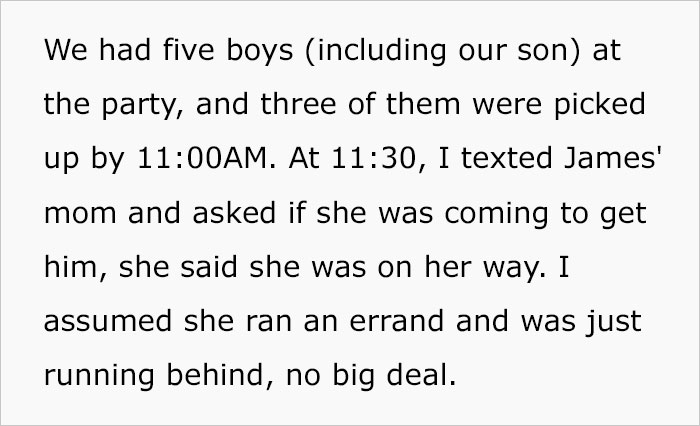 However, those 30 minutes soon turned into hours. 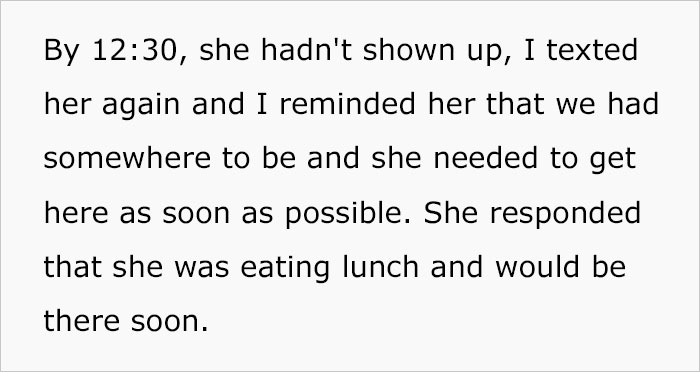 And every time the family texted her, she would say she is on her way. 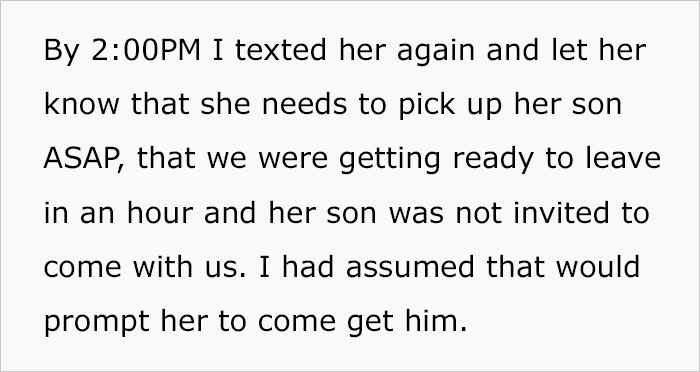 Now it had been 5 hours and the family had enough. 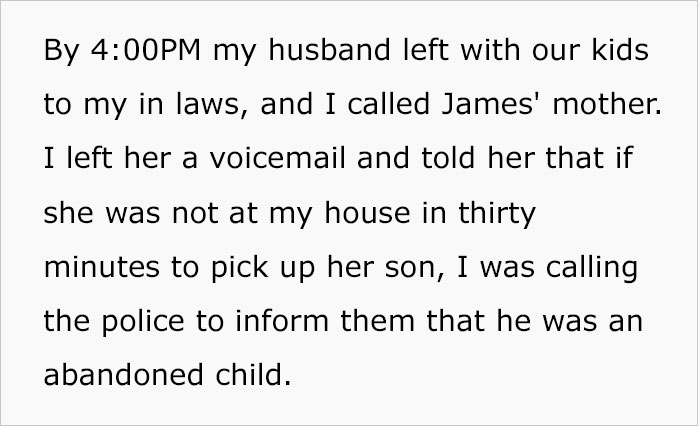 So when she finally showed up, she didn’t even have a reason for the delay.

Even after all that this woman asked why he son wasn’t invited to another party. 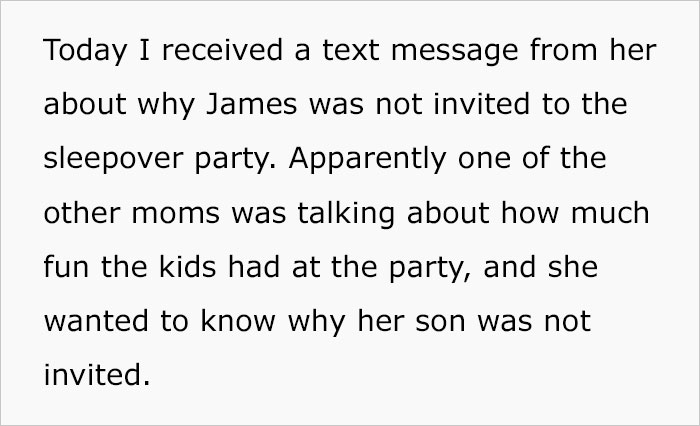 The family made it clear that she was always late and that they have their own plans.

As you can imagine, the woman was none too happy and resorted to name-calling. 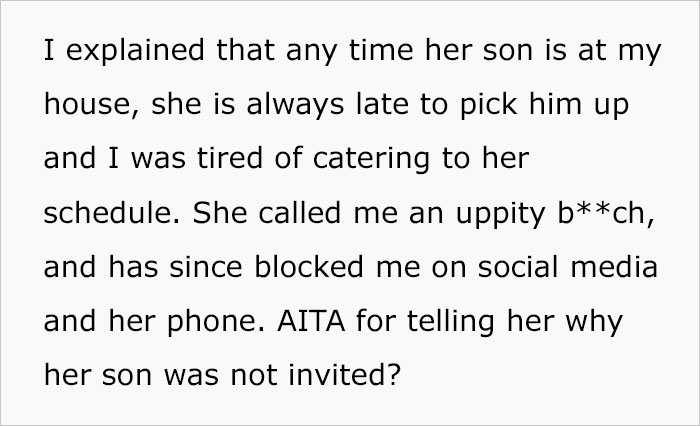 I honestly feel sorry for the kid because it isn’t at all his fault. And even the family says that the kid is actually quite well-behaved. It is clear that the woman just wants a day without her kids and this is the way she goes about getting that day. I understand wanting to have a day to rest but most people just get a babysitter and go out to have fun rather than dumping their kid on someone else.

This woman clearly didn’t want to do this to the kid. 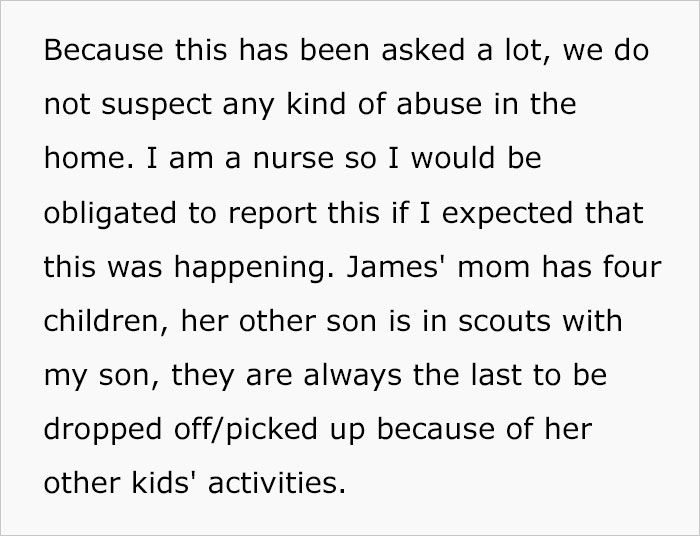 But she didn’t have a  choice as to what else could she have done? 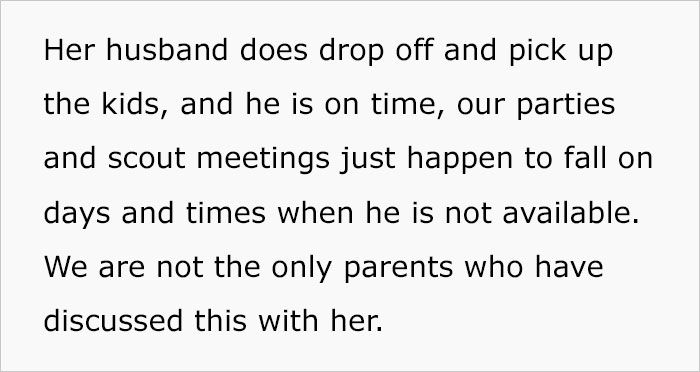 And she is not the only one who has had to deal with this. 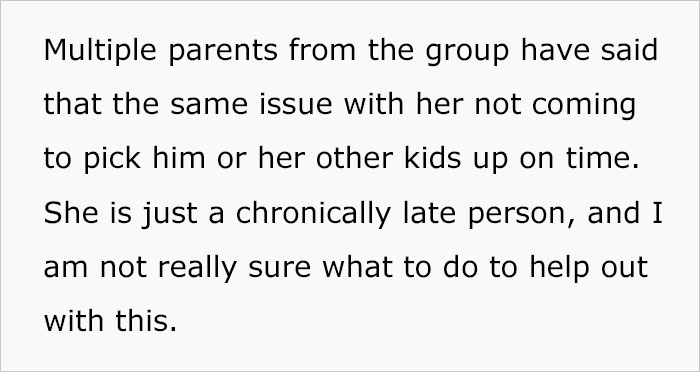 People in the comments were on her side as well. 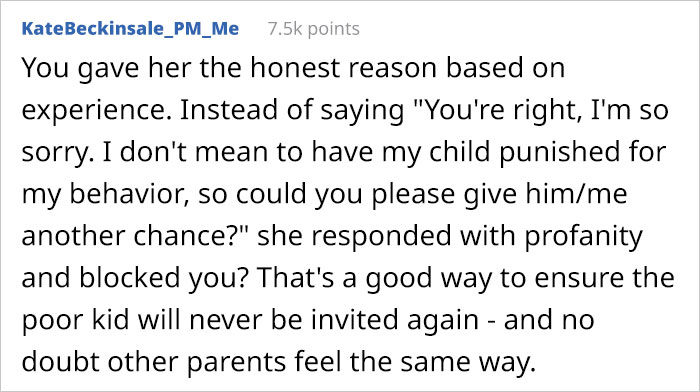 If she wanted, she could have apologized.

And she could have asked for another chance.

But she instead got argumentative and called her names. 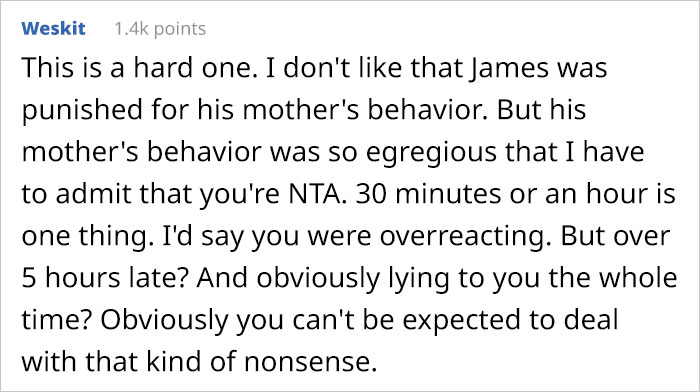 Even though it was the woman’s fault.

And she was clearly using these people as free babysitters. 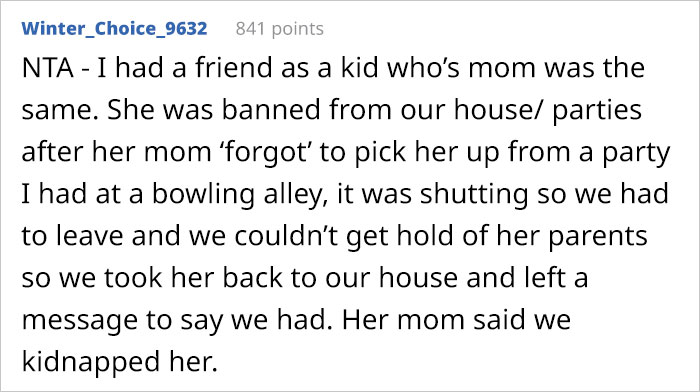 Have you ever had to deal with a similar situation? If so what did you do? Comment down below and let us know.