You might think only a few guys think like this but sadly many guys do. I have no idea what prompts this sort of reaction. After all, I had no idea the difference in some body parts means you can’t be friends with that person. And yet here we are. To top that all of, if that person is a self-proclaimed ‘nice guy’ then we are definitely in trouble.

You would think that people would not call themselves nice guys at this point since the internet is clearly not happy with this moniker. But it is clear these guys live under a rock or something not knowing anything that is going around on Reddit. If only this guy had accepted what she had to offer but he just had to go and be creepy.

At first, it seemed like he needed a favor but that excuse was quickly discarded. 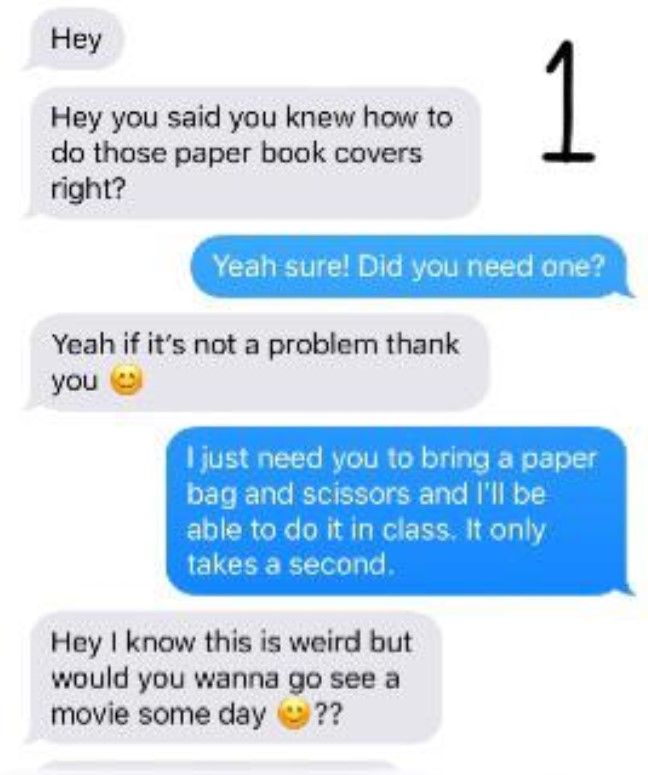 She never said that though? And why would she expect him to either? 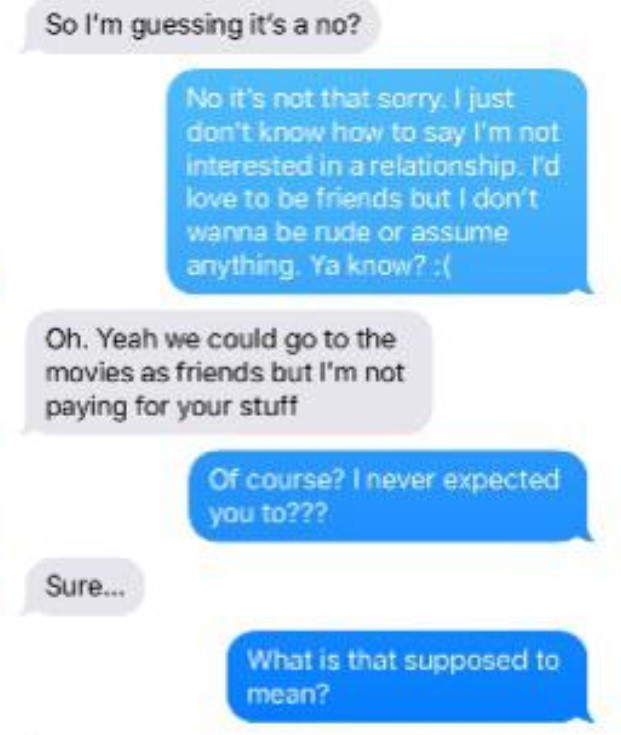 According to him hanging out with a girl has no point unless it’s a date. 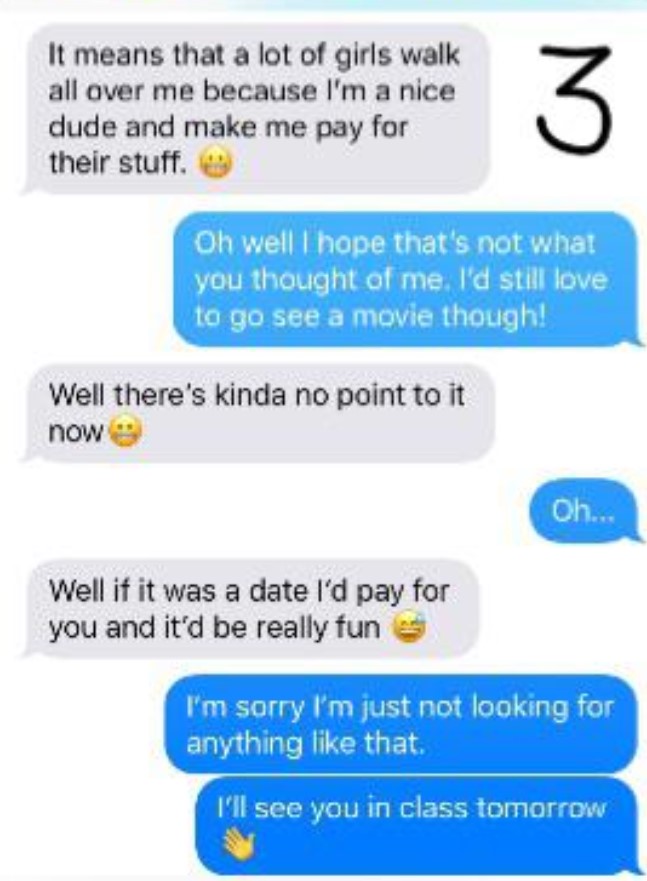 I feel like he isn’t really understanding her messages at this point. She clearly said she doesn’t expect him to pay. 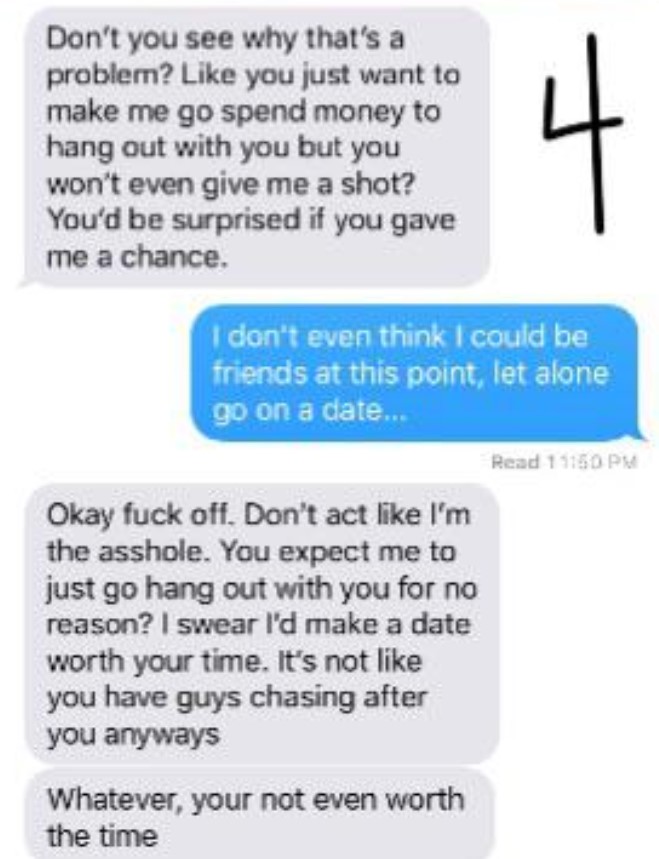 And the comments were just as surprised if not more. 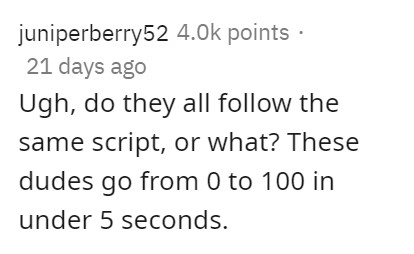 I swear, there must be a “nice guys” club or forum where all of these neckbeards meet up, talk, and rehearse the same thing over and over again to every woman they encounter.

They always pull the spiel about being walked all over, how they always finish last because they’re “nice” and then they end the convo with an insult calling the woman fat, ugly, a bitch, a cunt, etc. Like, I swear, these neckbeards live for trolling and not being themselves ever. –catlovernj

it is actually a good thing she didn’t go out with him. It wouldn’t have ended well. 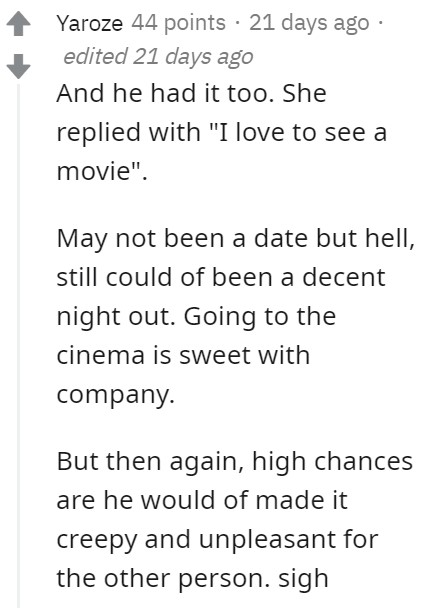 Which is truly sad and terrifying. 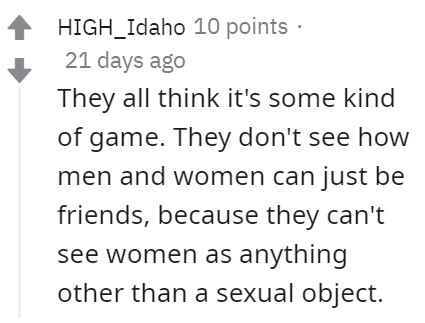 He just doesn’t understand what the word no means. 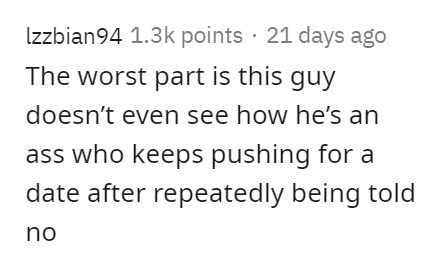 Low self-esteem. He sees a woman who isn’t interesting in him and feels that if only he tries hard enough, says the rights words he can convince her. This why nice guys do 180’s. They don’t see women as fellow humans to bond with. They see them as adversarial and unreasonable gatekeepers to s*x and love.

They do not understand why they can’t get what everyone else seemingly has and their negative mindset compounds on their behavior and it creates a positive feedback loop of bad behavior. This dude coulda asked her out, accepted the no, and moved on. Who knows, maybe in the future she would have changed her mind.

But now he’ll never get that chance as he’s let his insecurity cause him to lash out. –CrunchyWolf

He is clearly just projecting himself onto her. 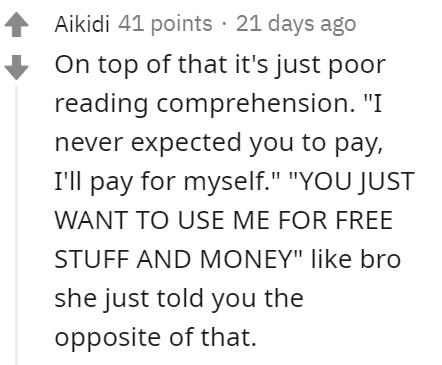 This comment sums up the whole conversation quite nicely if I say so myself. 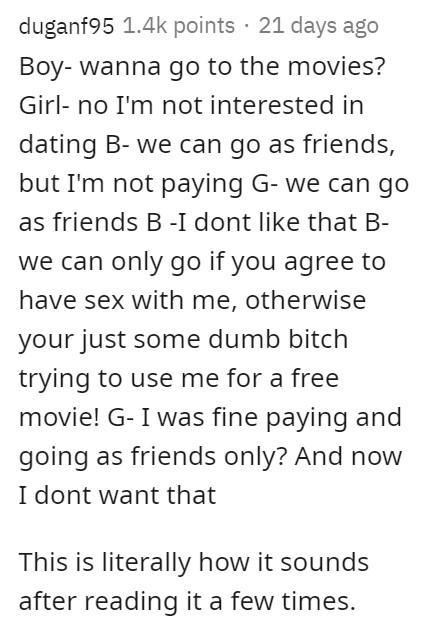 What are your thoughts on this nice guy? let us know in the comments below. And don’t forget to share in the hopes that these nice guys just might take the hint.