I think we all know this by now. Even though a person might look like they want to end you right there and then, they could be a very nice person underneath. And even though this weird tag team of wrestlers, linebackers, and navy seal might have looked imposing, they did not want to get violent at all.

You see it all started when a guy cheated on the personal trainer these guys worked with. Not only that the boyfriend was unwilling to give her back all of her stuff until she talked with him which she understandably didn’t want to do. So her clients decided to take this matter in their hands. And let’s just say the guy could not have expected this.

And so this rollercoaster of a story starts. 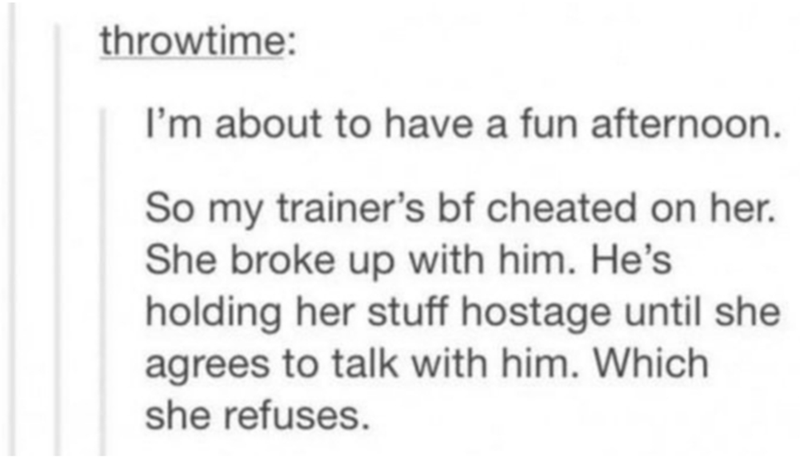 She is certainly very nice to do that for free. 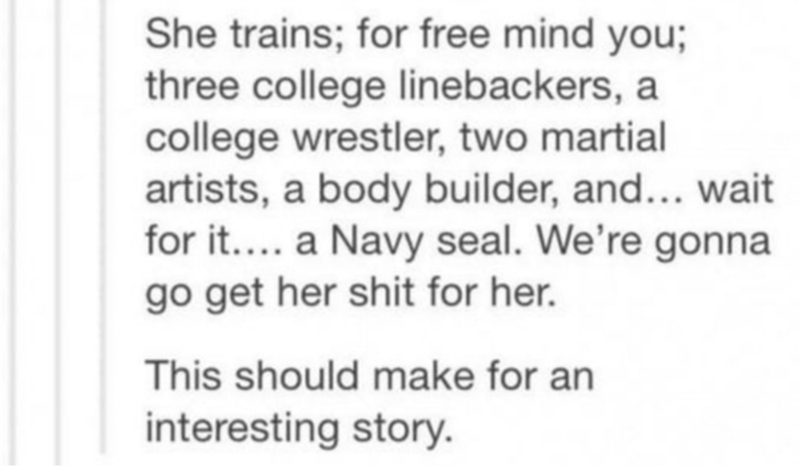 Thankfully it didn’t escalate into violence. 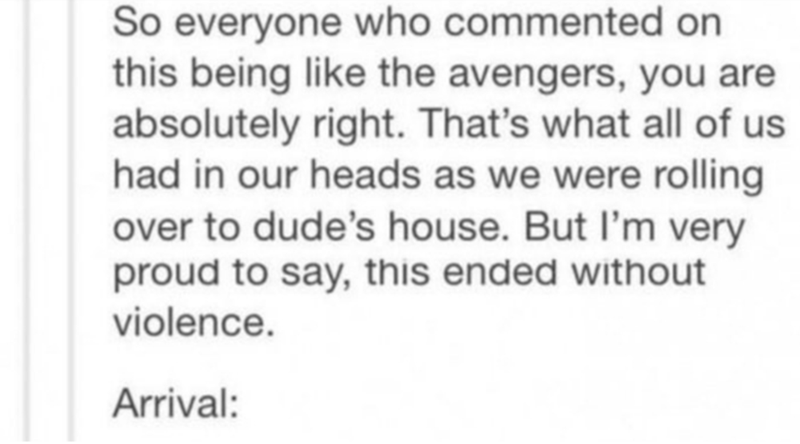 Are they bragging about doing it without violence? Were they willing to fight him to take stuff from the ex’s house? That’s illegal. –amg94

Not it’s time to describe how all the guys looked. 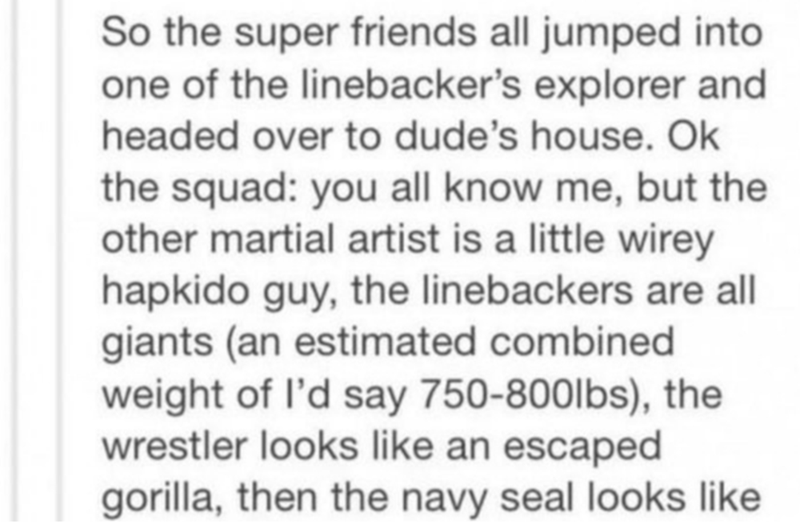 And they looked like they were ready to get her stuff back. 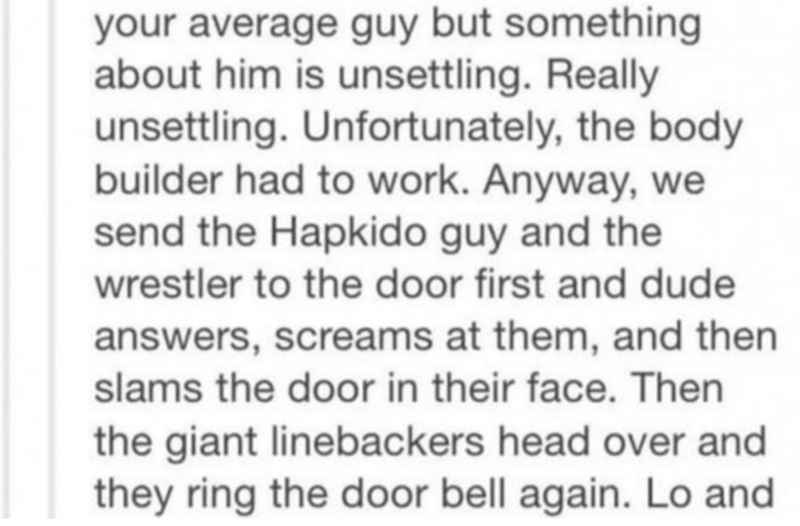 In a group of giants and fighters, fear the normal looking one. –mythology333

I would honestly love to see the look on the guys face. 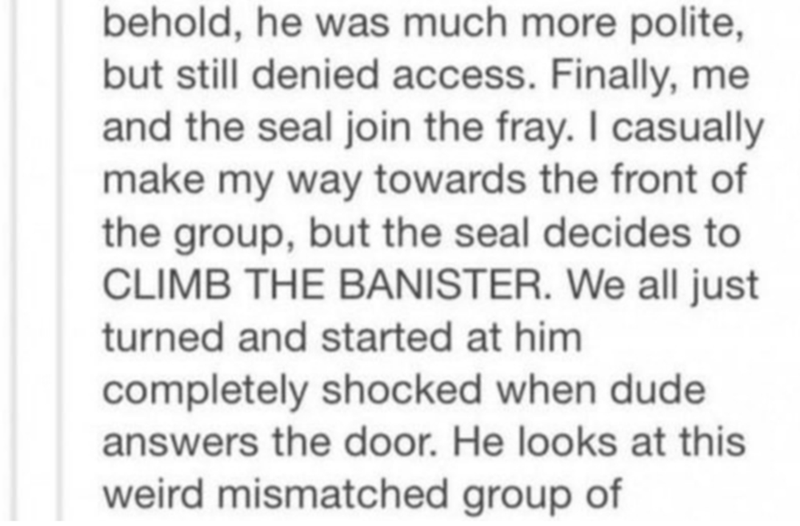 And so the guy relented realizing he had to let them in. 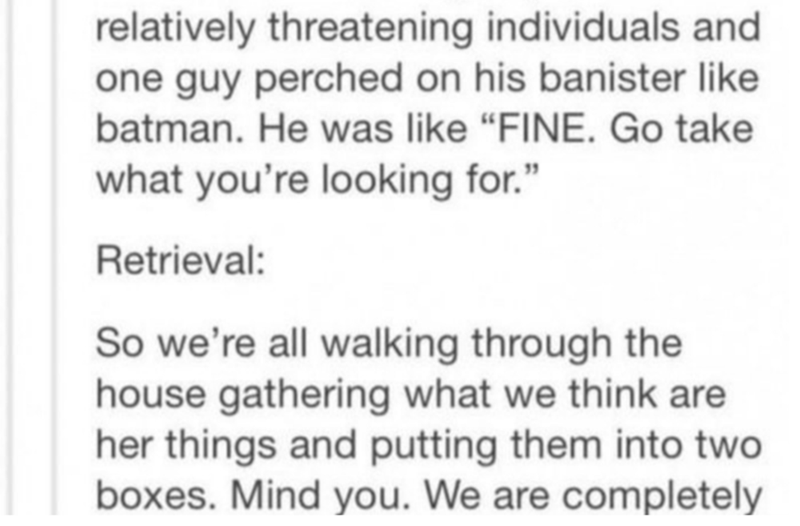 5 random dudes show up at my place and demand entry shut the door and ignore them Dude can chill on the bannister but god help him coming in. –feeltheice

The funniest thing is she didn’t even know they were going to do this. 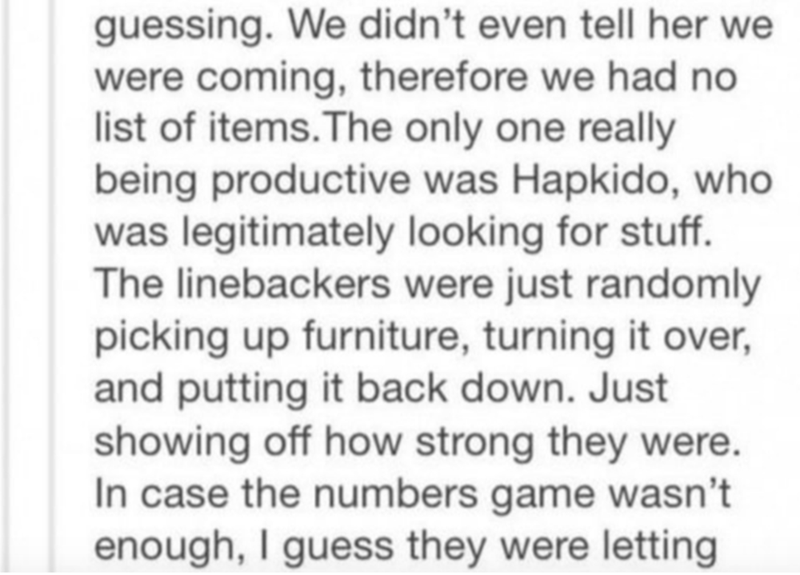 And they were quite unprepared when it came to the list of items that were hers. 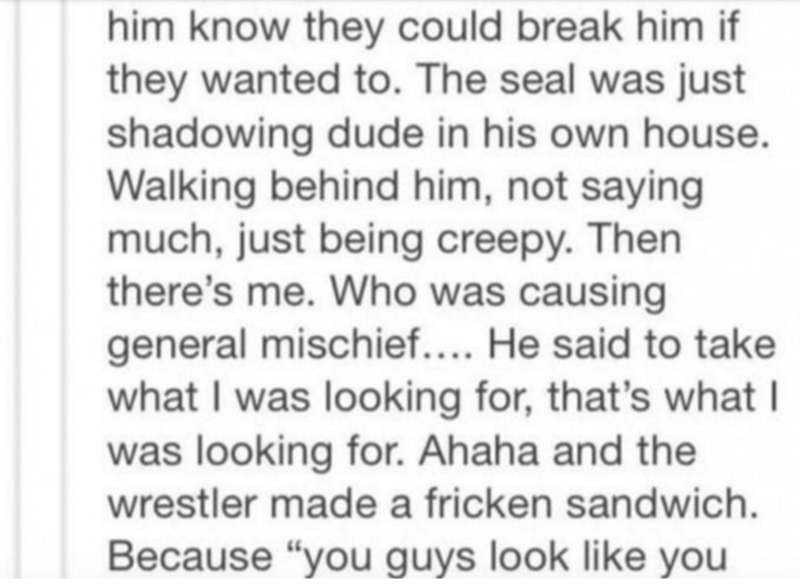 Ah yes, the best way to spot a Navy SEAL. There’s something unsettling about them. Just…unsettling, you know? –comealongthebeamtoday

They didn’t even know each other prior to this. 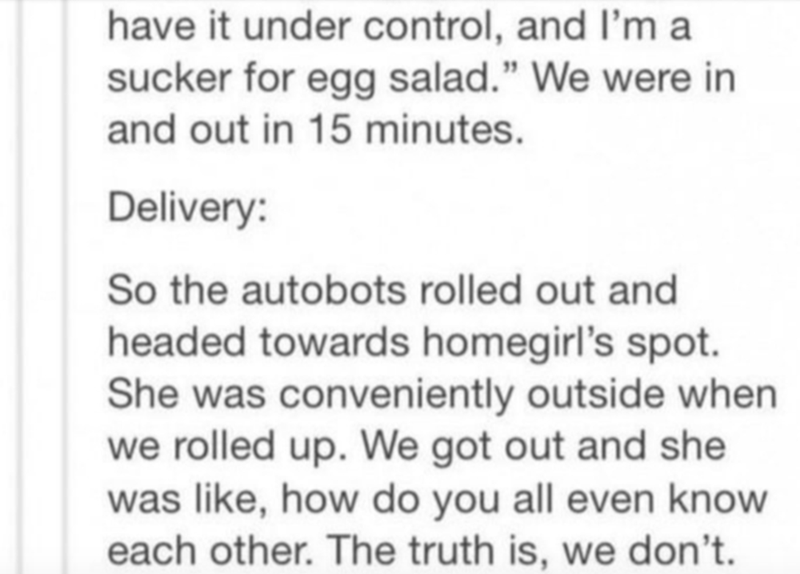 So it is safe to say she was surprised to see them with a box of her stuff. 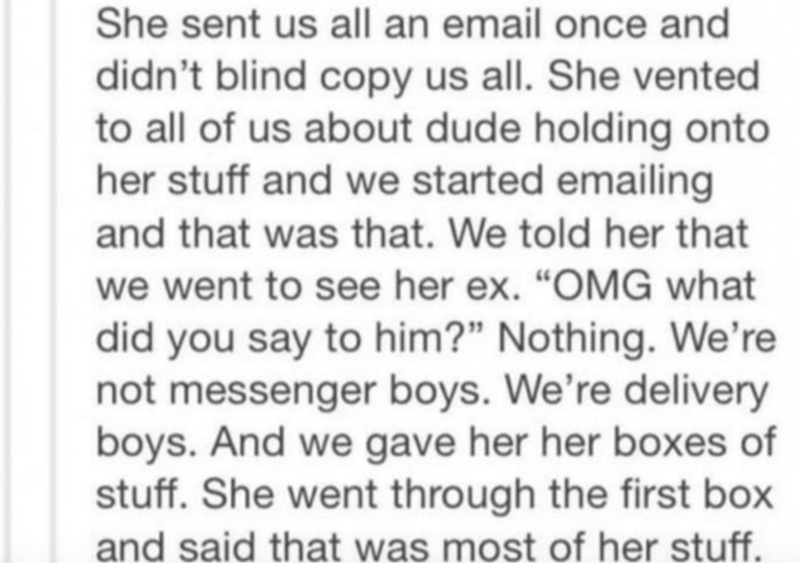 I thought it was going to end with them going to the wrong house and taking the whole lot of some random neighbor dudes stuff. –DJcrazyhornet1

Now that is commitment to the bit. 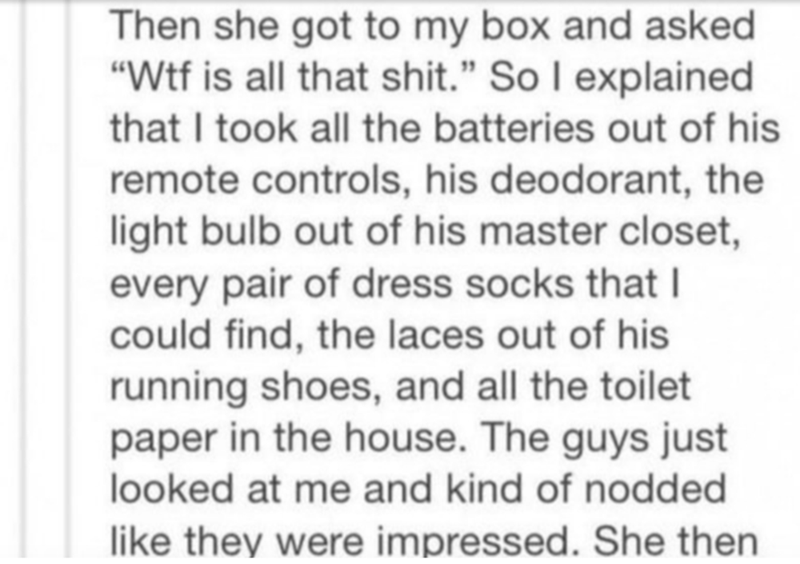 She must have been feeling quite out of it because of the gesture. 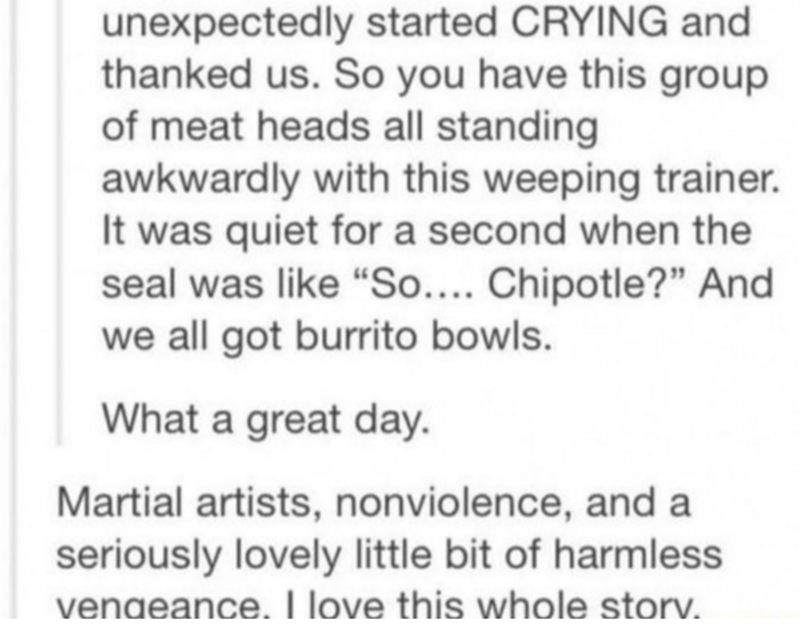 What are your thoughts on this unlikely group of avengers? Comment down below and let us know. Don’t forget to share because who doesn’t like to read relatively wholesome stories.