The whole “Mr. Nice Guy” thing is a full-on fraud. Know that.

Life will always give you lemons at least once in your life. It is totally up to you how you deal with it. You could either sit down and cry about it or actually get up and do something about it. One of those lemons in a woman’s life is a man. Many predators in this world are often disguised as men. I am not saying all men are predators but a majority of predators are men. If a man tells you they are nice, there is a high probability that the niceness is going to be temporary and if not temporary, then no niceness exists at all. Again, not throwing all men under the bus. One odd thing that these guys do is consider any woman who helps them, as their own. They believe for some reason they are entitled to their affection and such men exist everywhere; schools, colleges, universities, malls, restaurants, everywhere.

Check this story out of such an entitled person but in this story, the woman was not about that shit at all and decided to go all out. Here’s what happens when someone asks a strong woman to go on a date at 1 a.m.

Scroll down below to be lectured on how to deal with toxic men who try really hard to get but are nothing from within.

1. First of all it is very creepy to receive a message from a wrong number at 1 a.m. anyway. And getting a message like this is just over the top creepy. 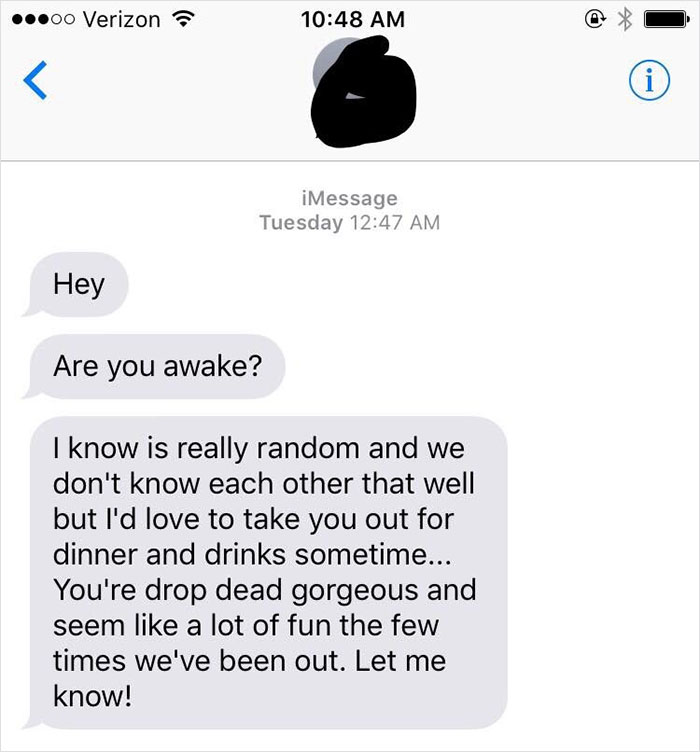 2. Oh my god a follow-up message within 12 hours means the person is extremely desperate to strike.

Such an easy catch. My guy must be an amateur. 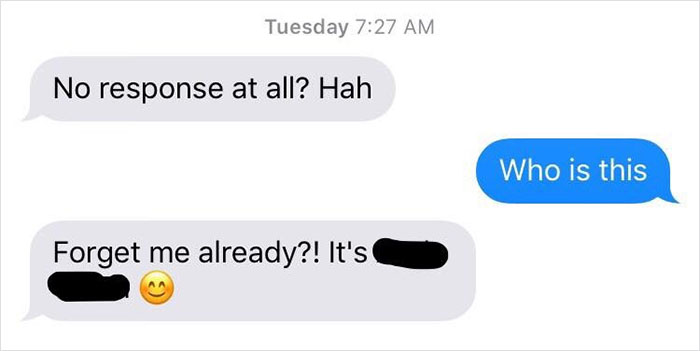 3. So they seem to know each other from somewhere and look how nicely this woman said no to a date. Really sweet. 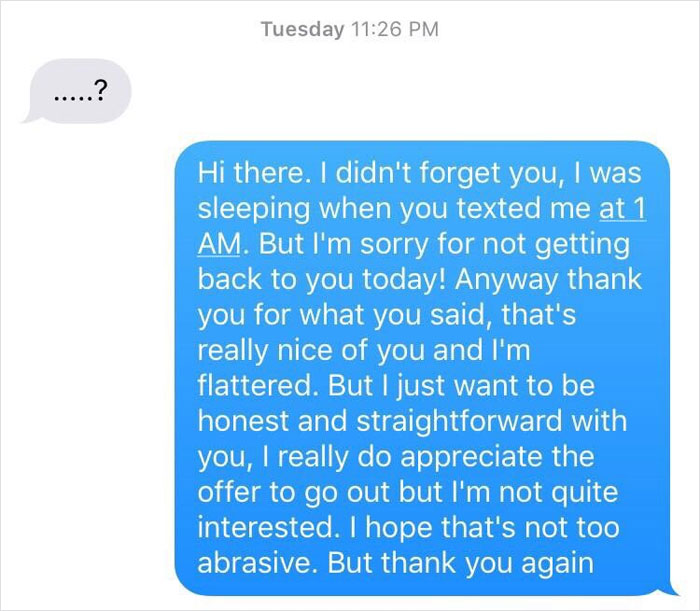 4. But our entitled guy had no plans to back down and kept insisting on a date like a maniac. 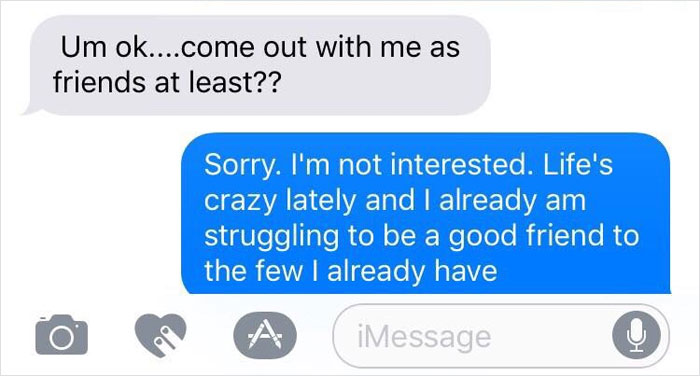 The woman actually spoke in the interest of the guy and didn’t want to go on a date because she thought she wouldn’t be able to commit to a friendship and hence denied it.

5. This is a top class perversion. Absurd behavior.

I mean if you think about it, such people downgrade the reputation of men all over. 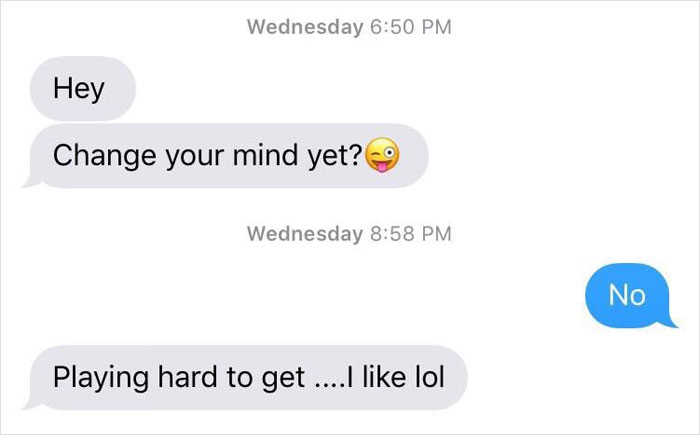 6. Keep trying, dude! There is no hope for this guy in this world. 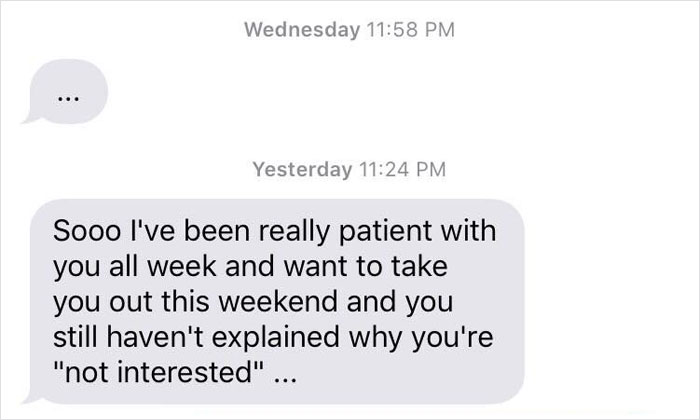 7. They finally hit that spot and the women went loose on the guy and absolutely trashed his ass for being entitled. 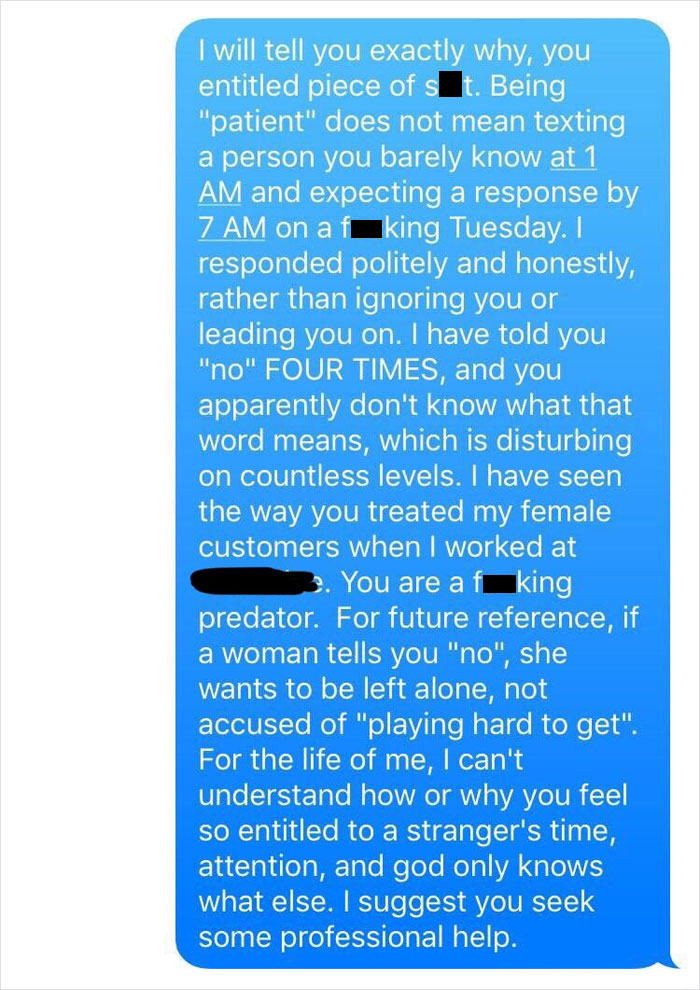 8. A classic behavior associated with entitlement; shifting the blame swiftly. 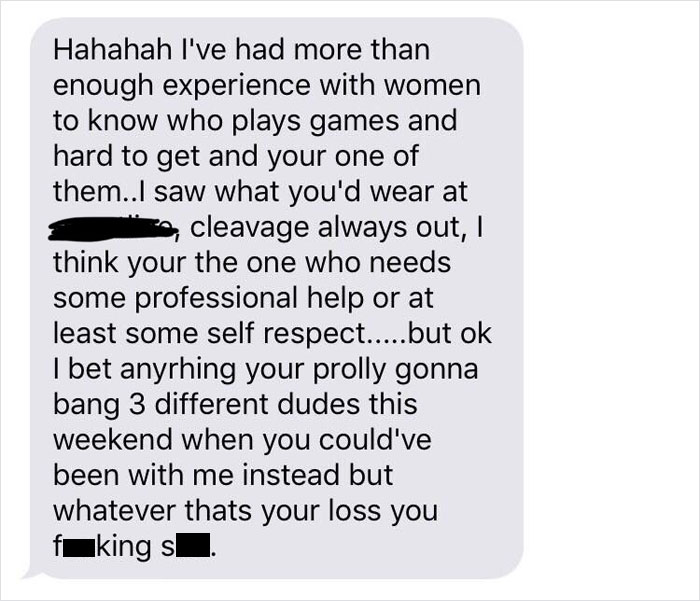 9. And my guy did not have a sack anymore to respond to such a roasting…probably realized his true worth…probably. 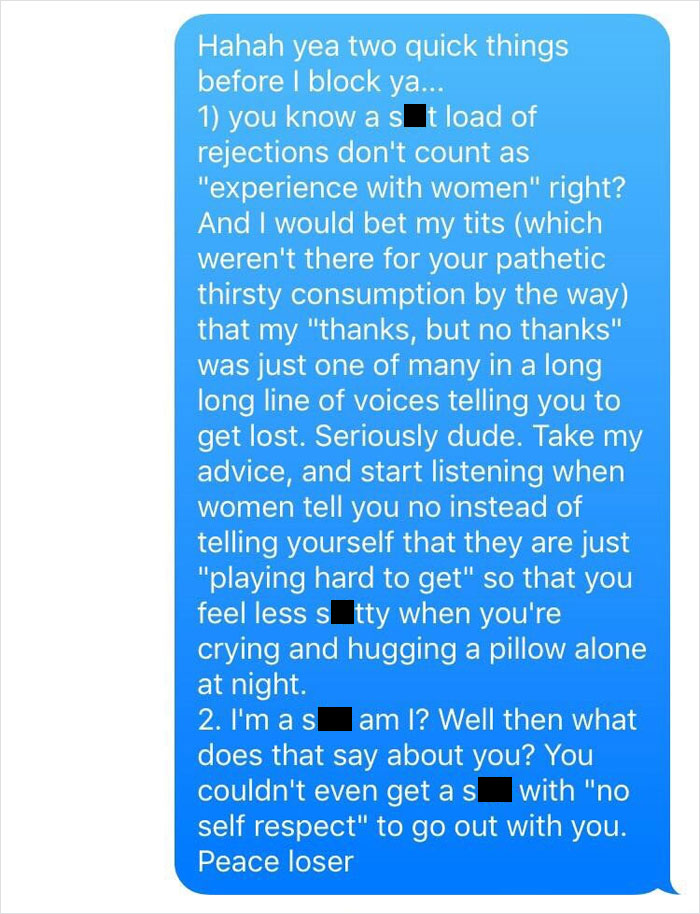 The story was shared on the internet and here’s what everyone had to say about it:

The act of the woman rejecting the entitled man was really appreciated by everyone. Woman power has no match, and it should be promoted everywhere in the world. 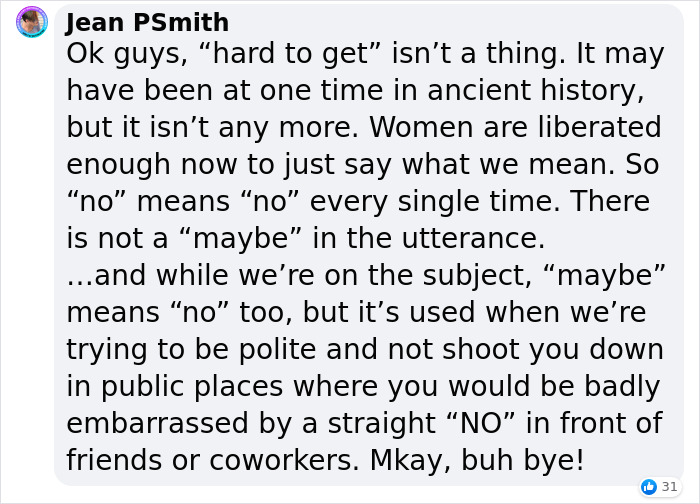 What do you guys think about it? How should such men be dealt with? I mean they don’t deserve a spot in our society but they are still here and we have to live with them. Unfortunate. One way is to just hope they get better. Like some sort of revelation lands on them and things get magically good. A fat-fetched one, I know but hope has strong power.

A big salute in respect for this woman for standing up for her self-respect. Share your thoughts in the comments section down below.