The phenomenon of a gamer girl.

And no I am not talking about the youtube that sells bathwater. I am talking about guys gatekeeping games from girls. Or women having to prove that they have indeed played that game when they go to a convention or cosplay a character on social media. Now, this particular conversation is not just about that. It’s also about backhanded compliments that some guys think is the way to go.

I can’t understand how this guy thought it was okay to ask if she has ever even played the game she was cosplaying a character from. First of all, it shouldn’t matter whether she has or not and it is none of his business. Not only that, the whole conversation just sounded clearly hostile from the start.

You can take a look for yourself by scrolling below and taking a look.

Not everyone is glued to their phone all the time. Some of us actually have a life. 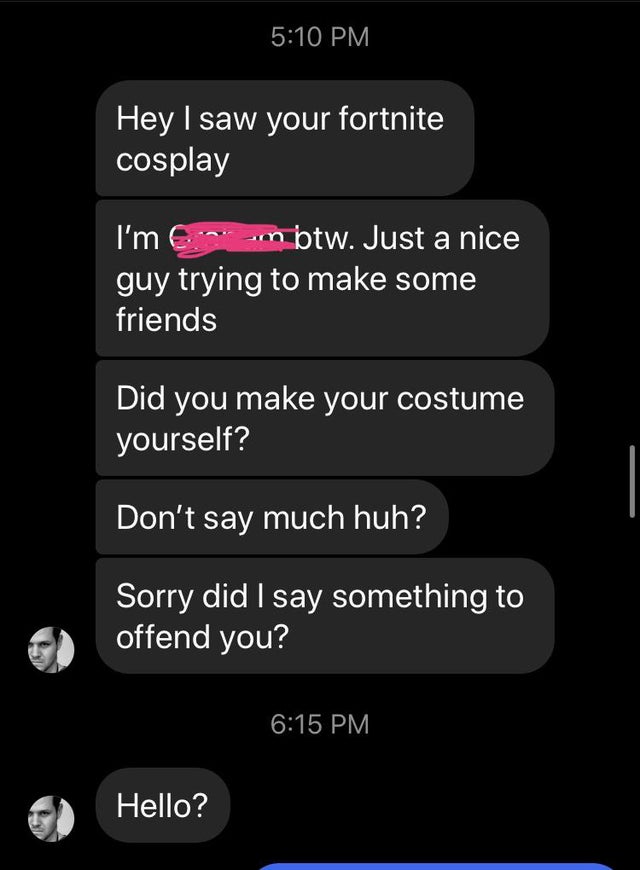 But even after that, she was quite nice and even said sorry even though it wasn’t her fault he kept bombarding her with messages. 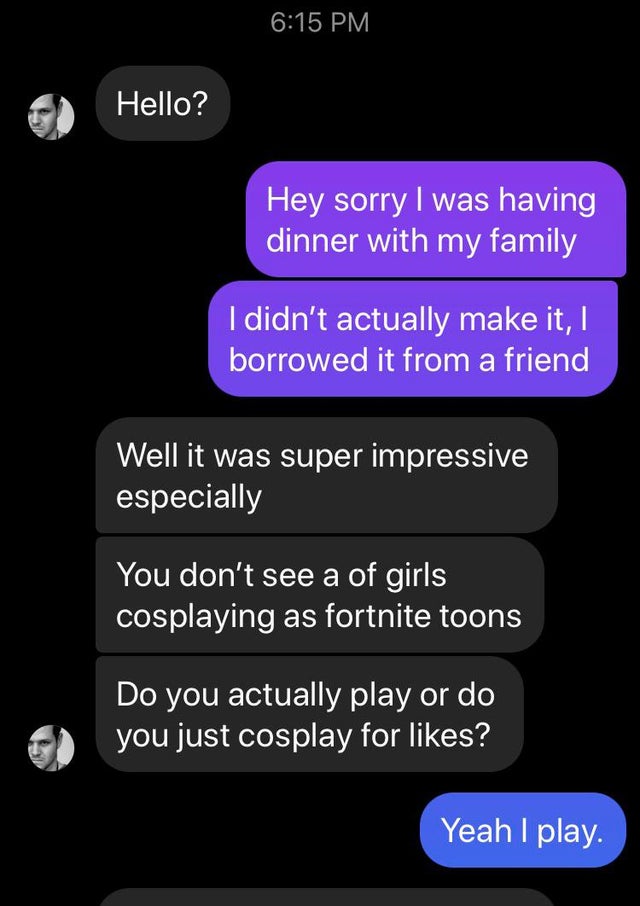 And what is wrong with that? Can’t someone cosplay a character just because they like the look? 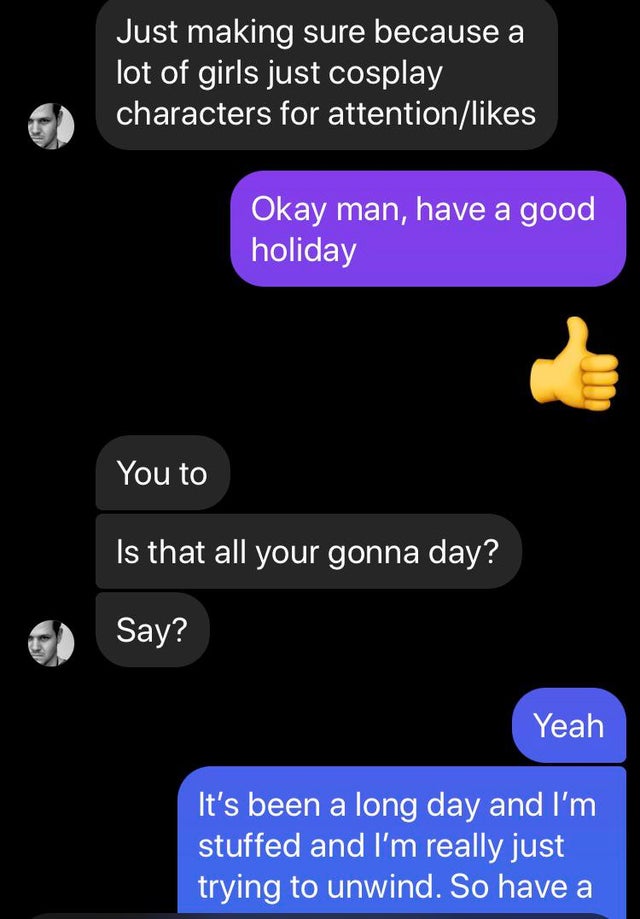 It almost bugs me how nice and apologetic she was at first. She brought up 2 “excuses” for what she did, even though she never did anything wrong at all. First “sorry for the slow reply, was having dinner” than “sorry for not talking much or not wanting to continue the conversation right now, tired and going to bed”.

Bugs me that she feels like she has to do this and like she owes him anything. Those are things that you might say to a good friend or to your boyfriend. Not to some random (and rude and creepy) stranger who feels like he has the right to your time and attention and kindness. She doesn’t owe him any response at all, and definitely doesn’t owe him an explanation or “good reason” for why she’s writing late or not at all. –qwstrfg

Does being a gamer have anything to do with appreciating back-handed compliments? Because I haven’t gotten to that part yet in the handbook. 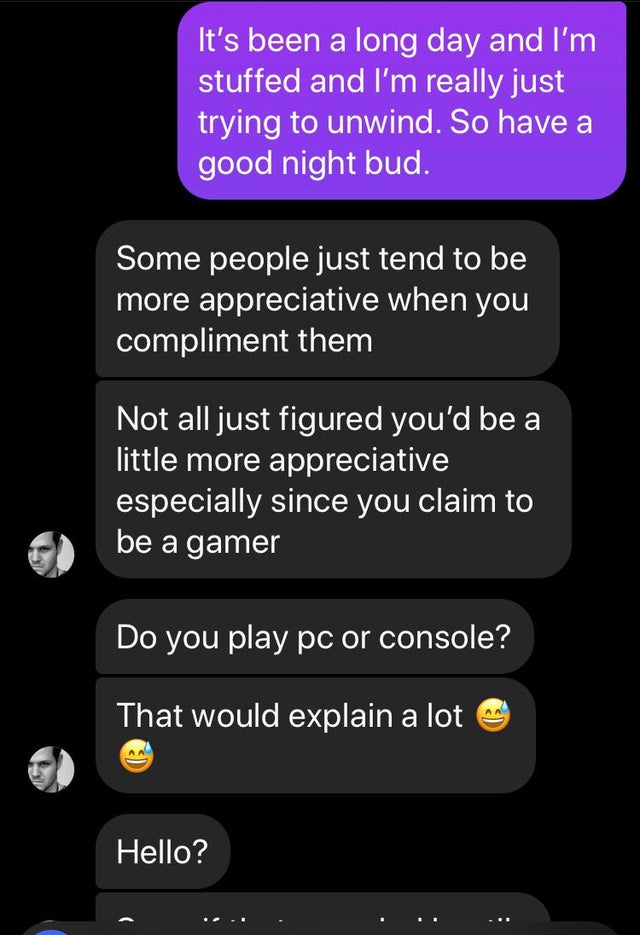 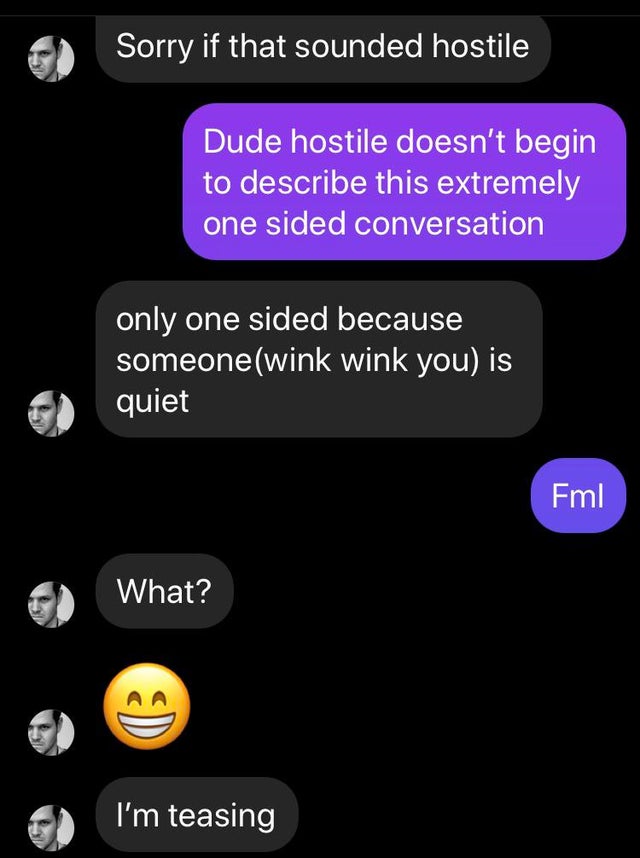 I am not even surprised that he turned on a dime after she made everything clear. 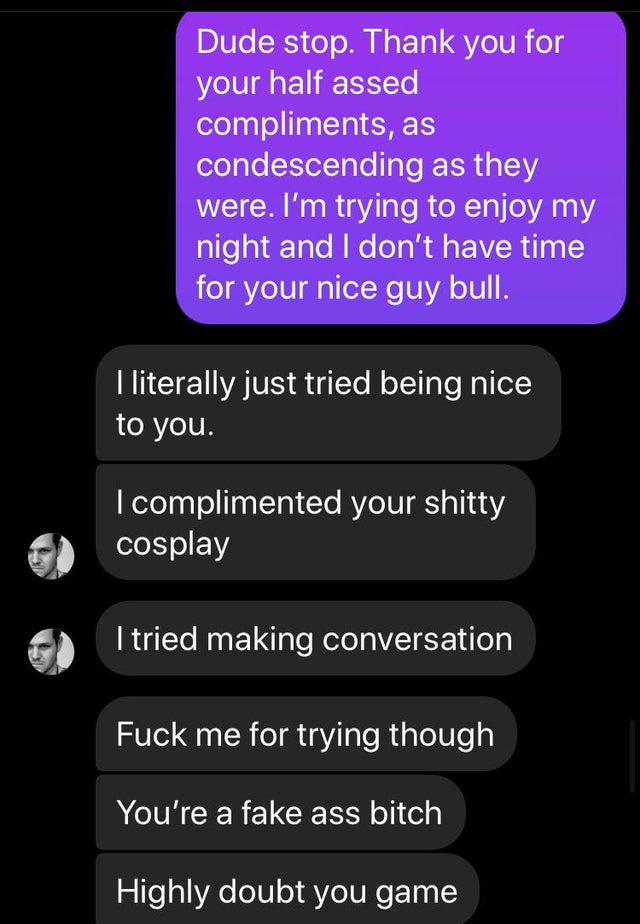 Here comes the ‘I’m not usually like that’ after insulting this girl. 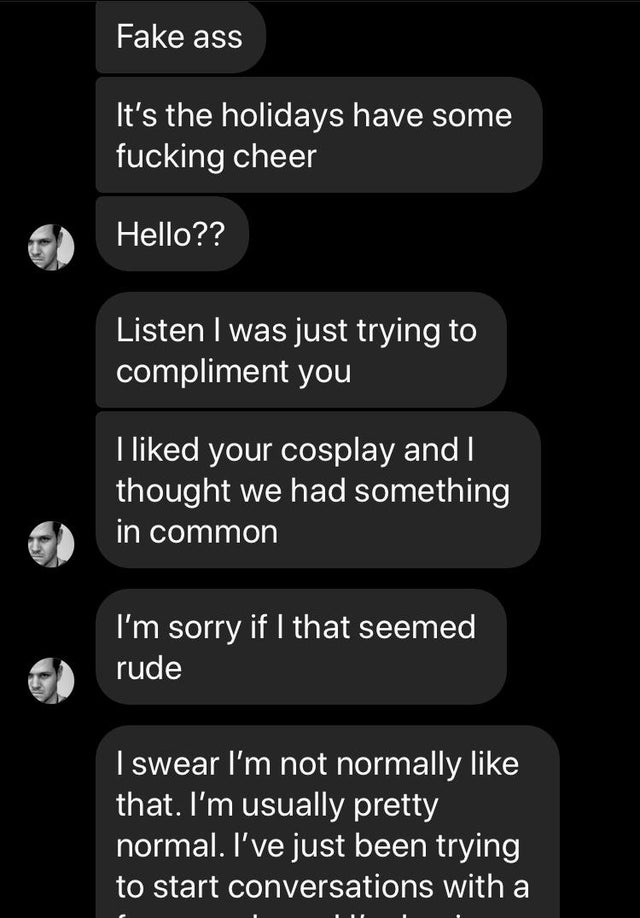 I need to emulate this more often when someone like this comes along. 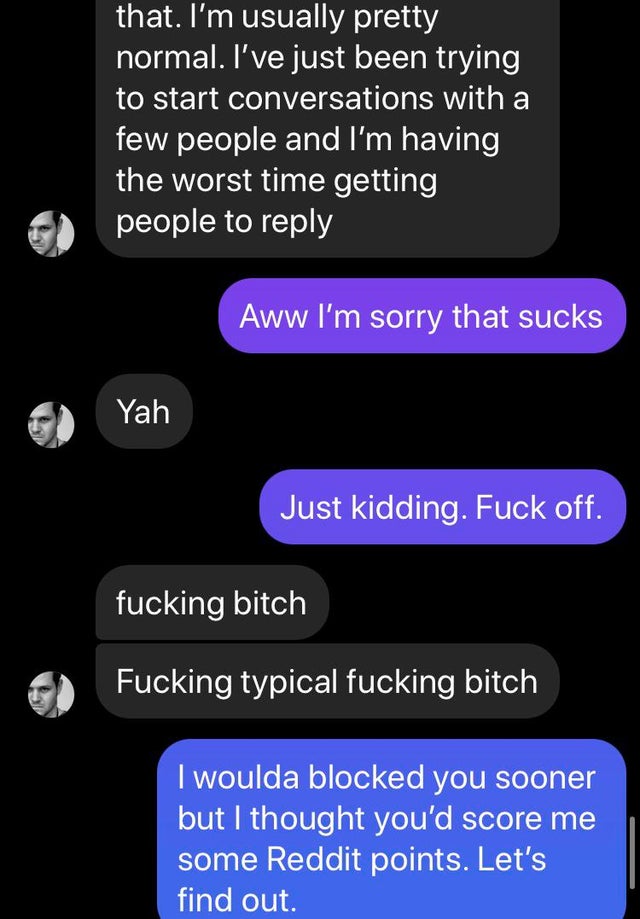 It is clear that he wanted to insult her as much as he could before she blocked him and forgot there is something called spellcheck. 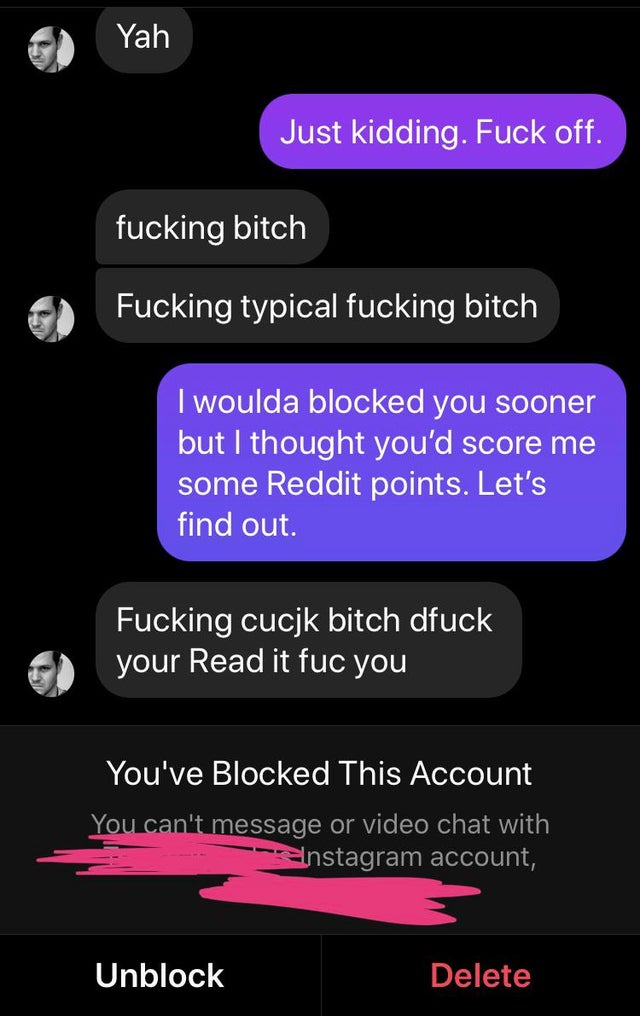 A rollercoaster that I personally don’t wanna go on ever again. 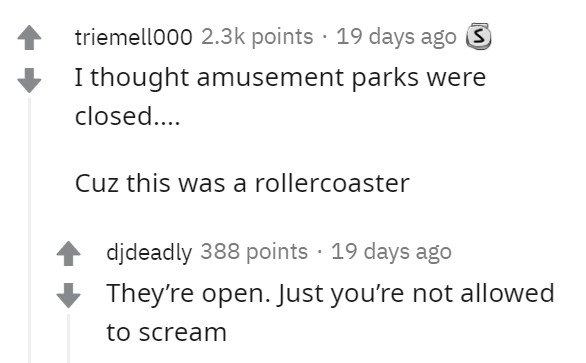 Even if she was wearing a revealing cosplay, does it really matter? It’s her body. 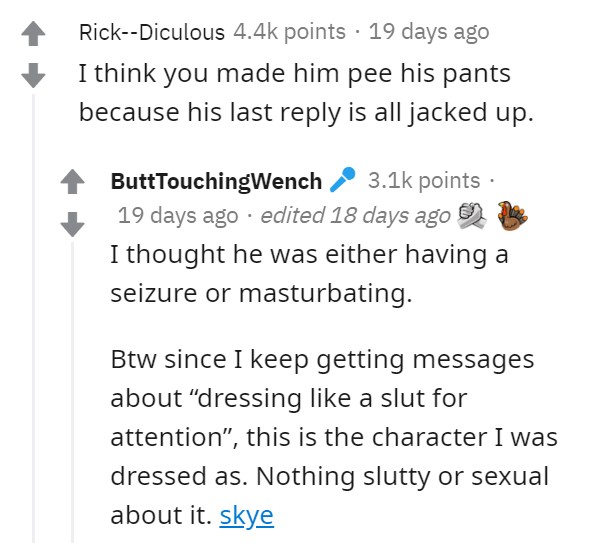 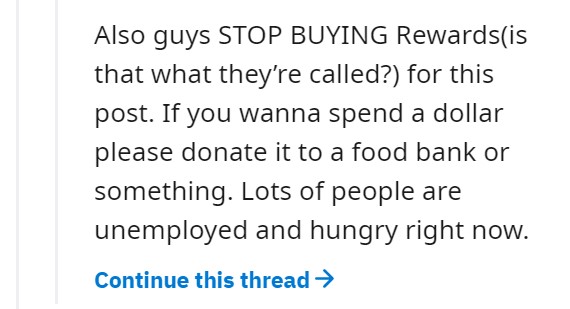 Some of these guys things the whole world is a dating game and you can fix everything with a compliment. 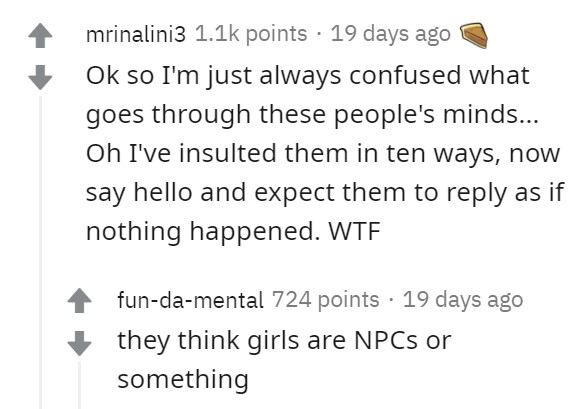 And that is why these ‘pick-up’ artists are usually sleazy and creepy dudes. 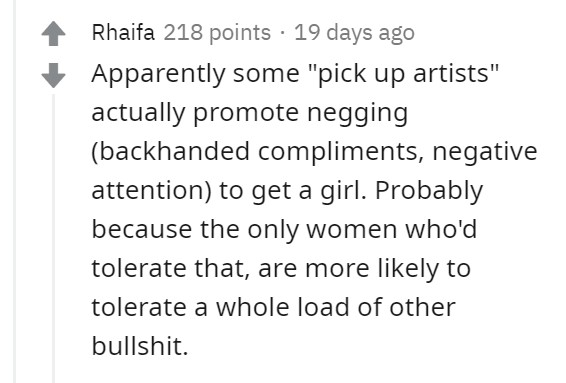 There is a thing called the Internet, they should learn by now. 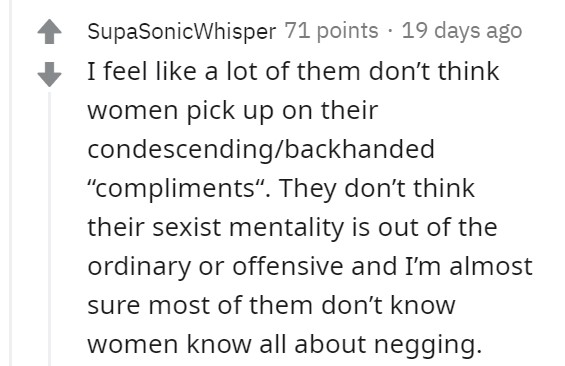 I am surprised he hasn’t figured out the fact that he might be the problem in this equation and not the girls who don’t reply. 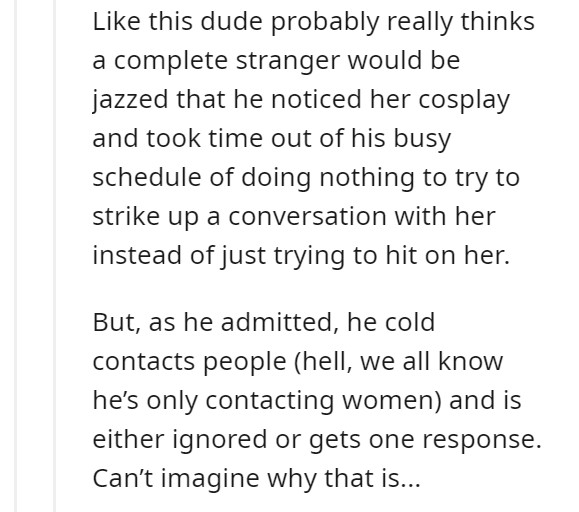 This has happened to me with way more guys than anyone likes to think. The worst is when you think you’re making a friend with shared interests, then not only do you have to qualify your interests to them and they turn on you when it’s obvious the fake friendship won’t turn into sex immediately.

Undoubtedly there are shitty women like this too, I just have experience with guys. On the flip side, the men that are in my life as true friends are phenomenal. –Loud-Green-9191

How would you have dealt with this man-child? Comment down below and let us know.