I am sure you have read many stories about Influencers pulling similar stunts to this one. From demanding cheap haircuts to getting angry when they don’t get free food at a Michelin star. Influencers think the world owes them just because they have a few followers. What they conveniently seem to forget is that likes and follows don’t really pay your bills. 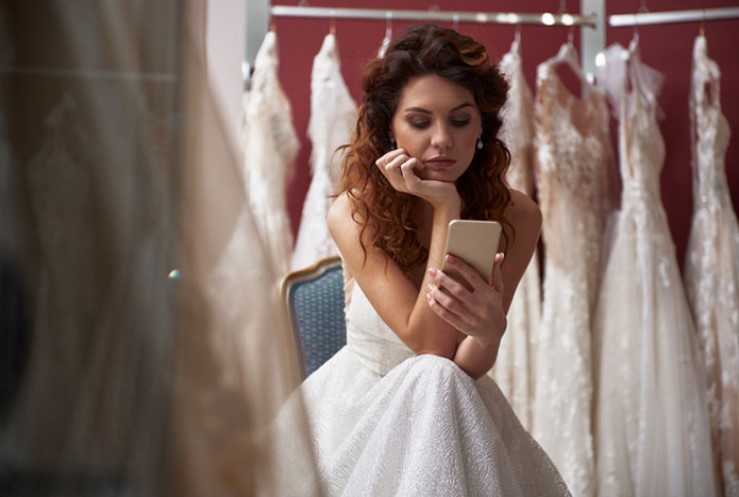 And at the end of the day, who really cares if you are ‘Internet famous’? The most important thing in life is being a decent human being. But more and more the line between an Influencer and choosing beggar is slowly being diminished. They are essentially choosing beggars who ‘offer’ to pay for someone’s services with meaningless likes and comments.

The first email is addressed to a wedding photography company called Betrothed & Co. 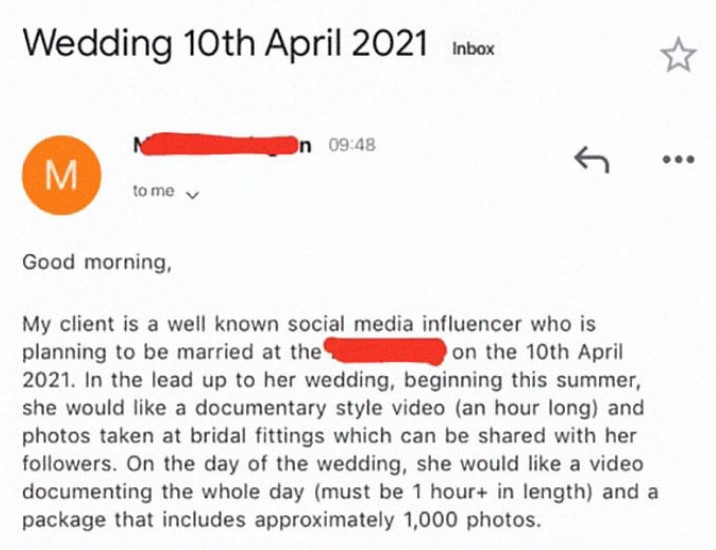 I guarantee the bride sent this herself AND someone who thinks this shit is okay probably didn’t even flinch at this well crafted call out. –DevilishlyDetermined

And the demands in this email are really hilarious if you ask me. 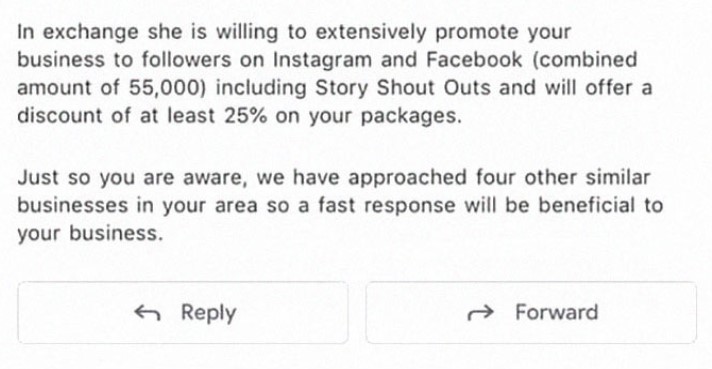 Does this type of approach (pretending to be a your own assistant, emailing around asking for free shit) ever really work?

This woman obviously took it to a million – but my question is mainly if I start asking for free shit, will people start responding to that? –karankshah

Not only are 55000 followers worth literally nothing. She is also demanding that they give her ‘followers’ a 25% discount. What do they get out of this?

Rather than simply ignoring her rude email, they decided to answer back. 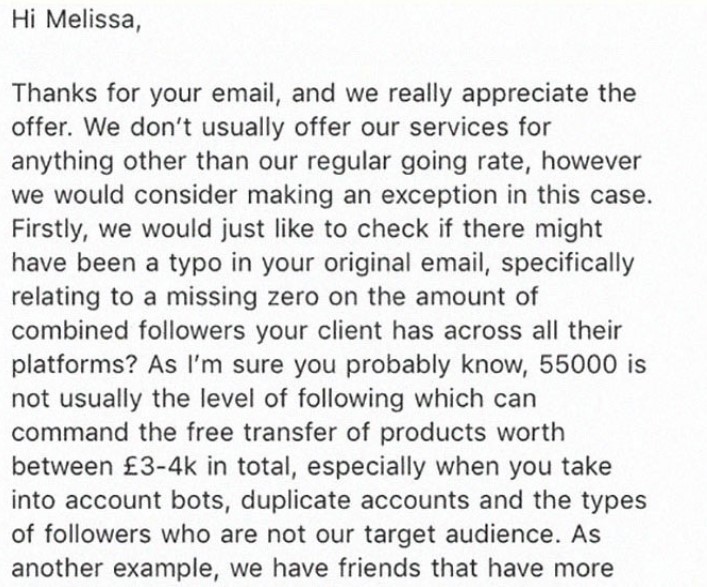 And let’s just say their response was perfectly worded and hit all the right points. 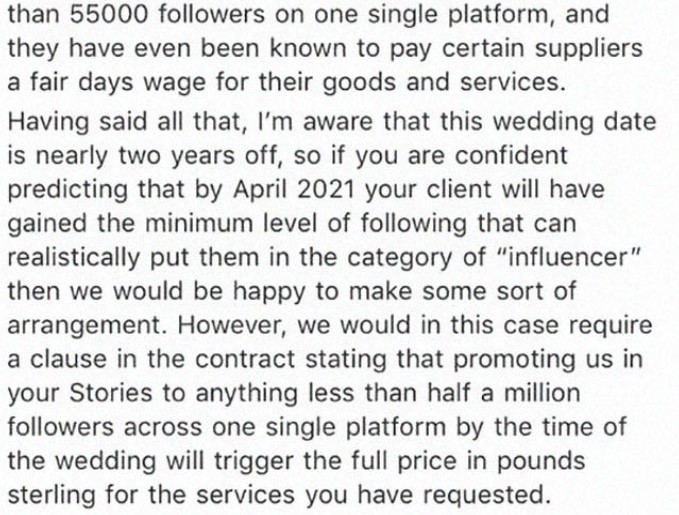 That is actually a very good question. 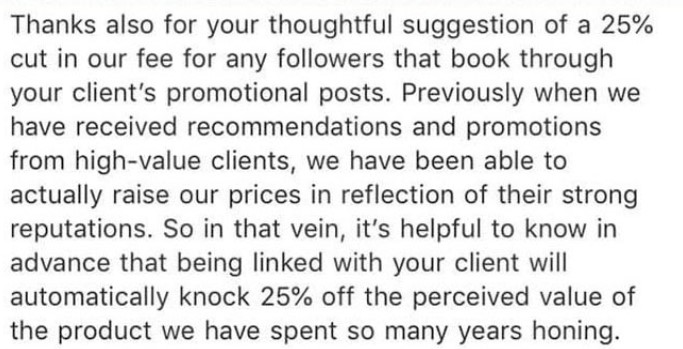 I don’t think she is going to ‘choose’ your services. 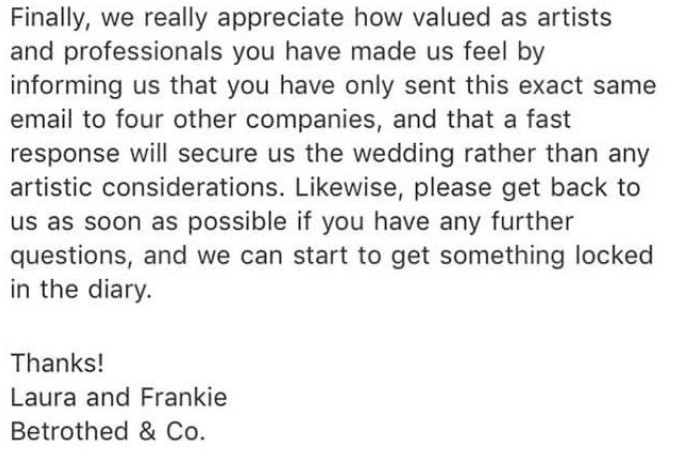 That response from the business was the best thing I’ve ever read.

Also, I’d say that there’s a 100% chance that the bride is the one emailing pretending to be the wedding planner to make herself seem more important than she is. –craftcrazyk

And rather than just letting go. She answered back with a lot more bull. 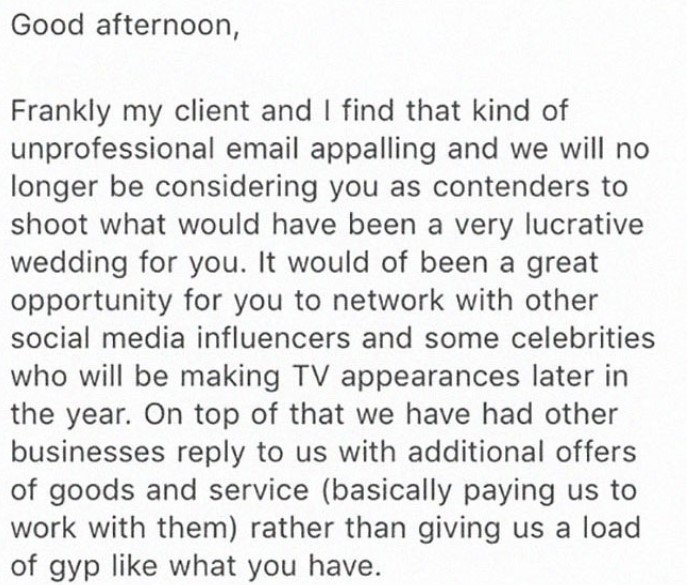 And even threw in the age-old ‘my mother is really sick’ lie. 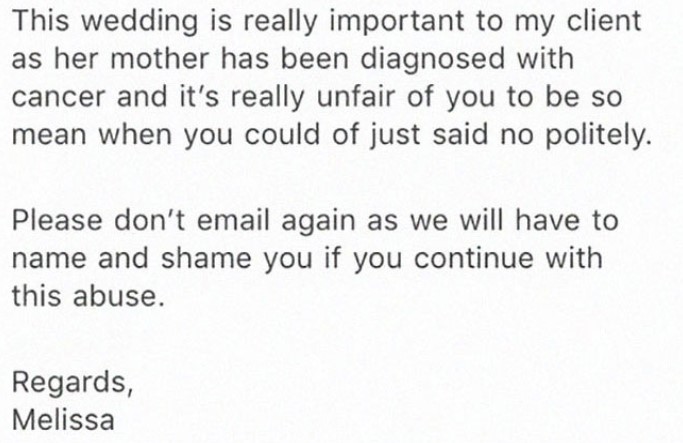 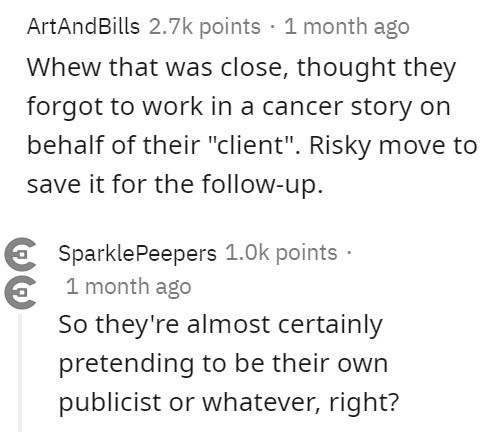 Nothing is missing from this perfection. 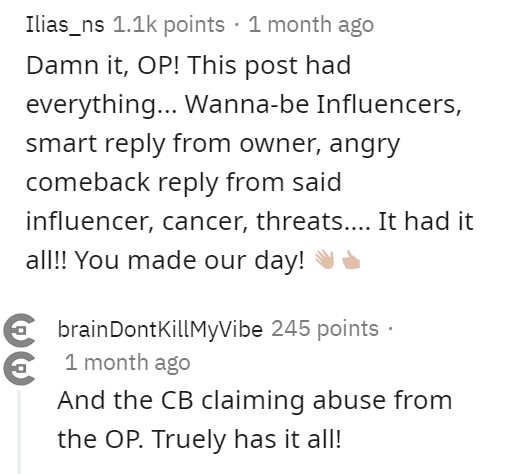 Very true. And how many from that 55k will be getting married? 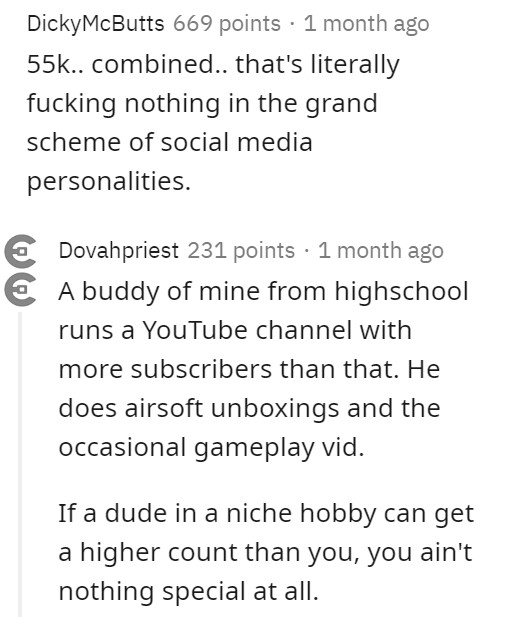 What are your thoughts on this influencer’s email? Do you think it was really a publicist or was she pretending? Let us know in the comments below.