Cinema snacks can be very expensive.

I know why they are expensive but that doesn’t make your wallet feel any better. I am a huge movie fanatic and that means going to the cinema at least 4-5 times a month, usually more. However, that can add up with all the drinks and the snacks you buy there. And I’ll be damned if I ever watch a movie in the cinema without a big batch of caramel popcorn in my hand.

Sure, it may not be as tasty or sticky as you can get from outside but what else can you do? Well, you can try to sneak some snacks in. Apparently some cinemas don’t check your bag thoroughly and others just don’t care enough. I have never been lucky enough to even ‘sneak’ a water bottle inside but alas that is how cinemas are where I live.

So it is good to see that many people get to enjoy their experience whichever way they want.

Let’s get on with the story. 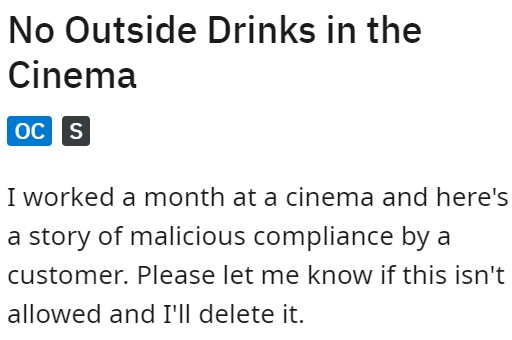 Most cinemas don’t let you get in with outside food. 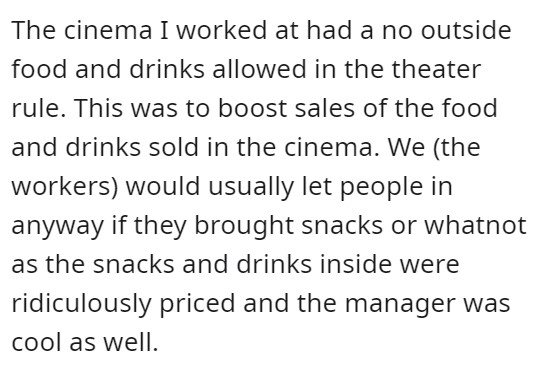 Pretty sure that cinema workers anywhere in the world wouldn’t even be allowed to frisk you? Just bring whatever you want, but pick up the damn thrash and throw it in a bin outside the cinema, don’t leave it in the cinema and don’t throw it in the trash there.

I always bring some snacks and a couple of beers, been doing it since I was 18, never had any issues. Everyone knows that going to the cinema is already kinda expensive, even if you don’t buy insanely overpriced snacks there. –PM_me_opossum_pics

But it is good to see the employees didn’t enforce this rule much.

However, a two-liter coke is a bit much in my opinion. 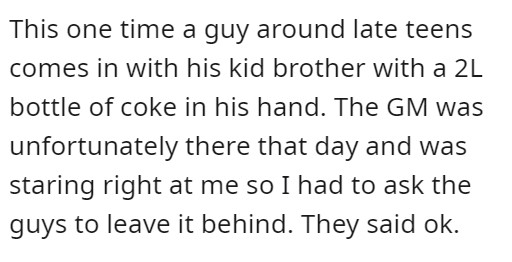 Everyone knows about the rules against bringing in your own food, why wouldn’t you just put it in a bag? They’re hardly going to frisk you. –_DeanRiding

I mean I understand the point of this but it is still rude. 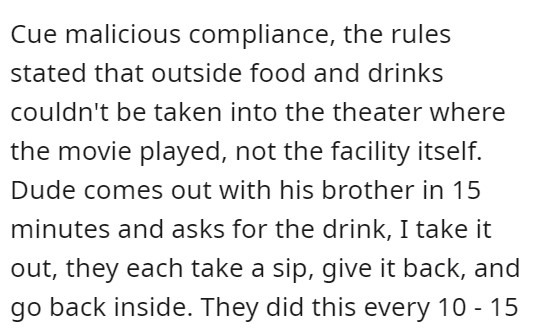 Just imagine how angry the other moviegoers would have been. 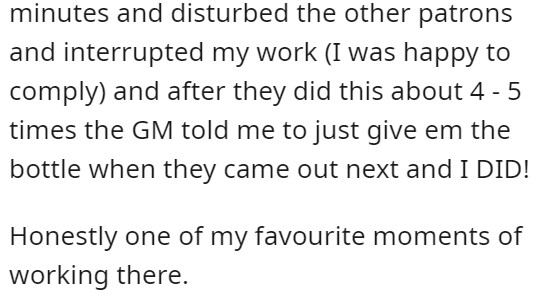 It is not right to ruin someone else’s experience this way. I get sticking it to the manager but they shouldn’t have done that.

Big corporate cinemas should either charge less or forgo this dumb rule. 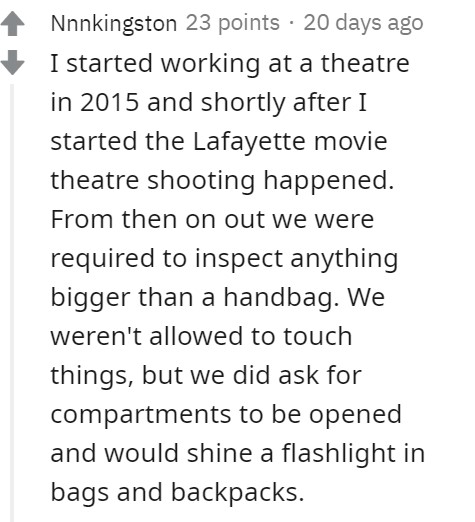 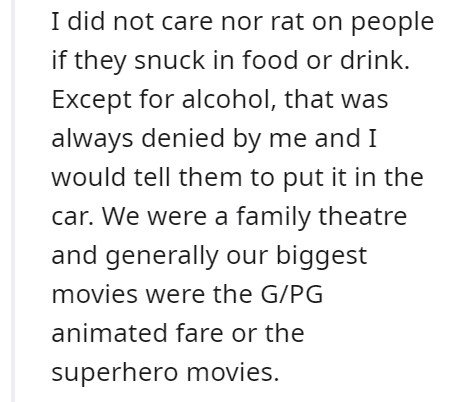 Although eating a pizza while watching a movie in the cinema would be fun. 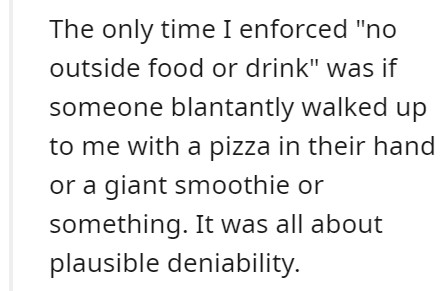 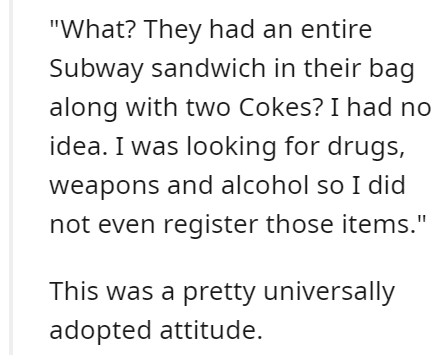 I wish you could do something like this here. 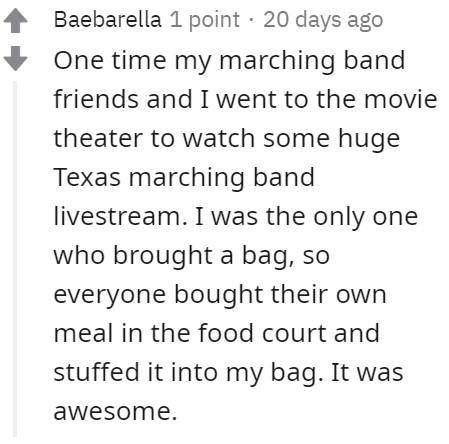 Have you ever tried to sneak in food into a cinema? If so did it work? Let us know in the comments below.