‘You don’t have to be busy, just have to look busy.’

Some people already know this by heart. For individuals who get paid a fixed amount per month, there is no use in finishing early because you will only be called a slacker and will have to do more work later on. I have realized that there is no point in looking like you are a capable and fast worker because upper management will more likely label you as a person who doesn’t do their job properly since they finish so easily.

That is why it is always better to take it slow and set a pace so that managers don’t dump more work on you. However, there are also people like Gary who just love to work their employees to the bone. If someone even looks like they are taking a break, that means the business is losing money and they should start cleaning. Although this time it didn’t turn out the way Gary had hoped and instead got his comeuppance.

OP started this job to make some extra cash and earn more experience. 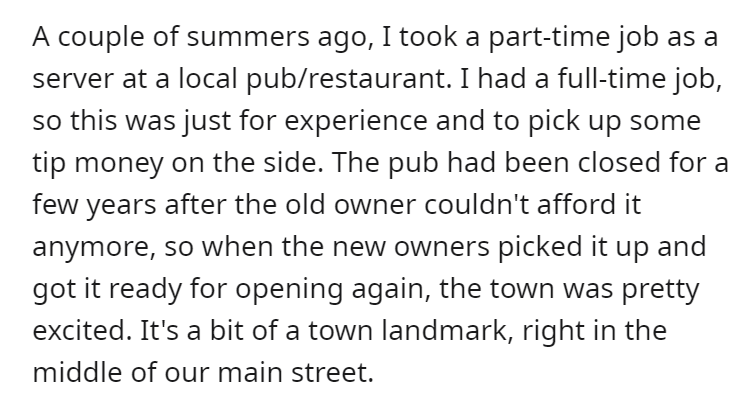 They luckily got hired and got to work with a mostly amazing team of people. 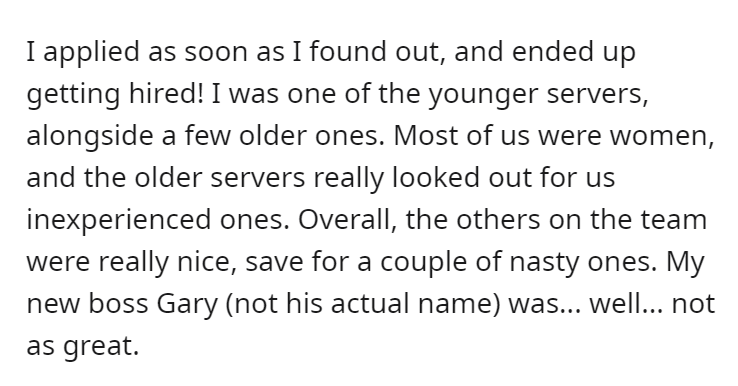 The person ruining the whole experience for them was Gary, their Boss. 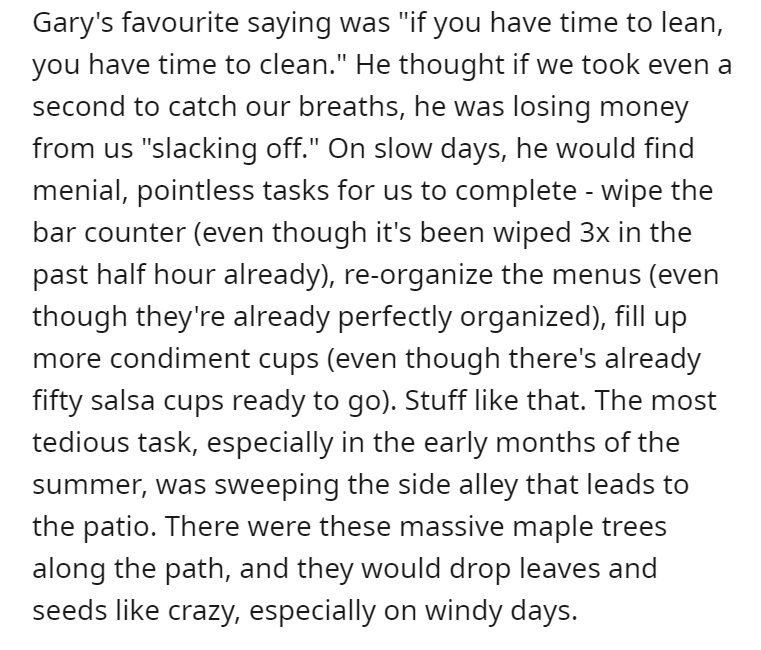 This particular story starts with them being assigned to sweep the side alley. 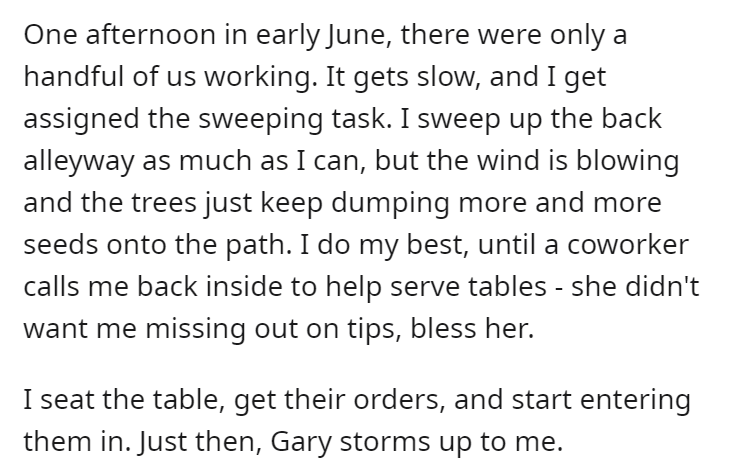 However, they stopped it when they realized there was no point in cleaning it again and again. 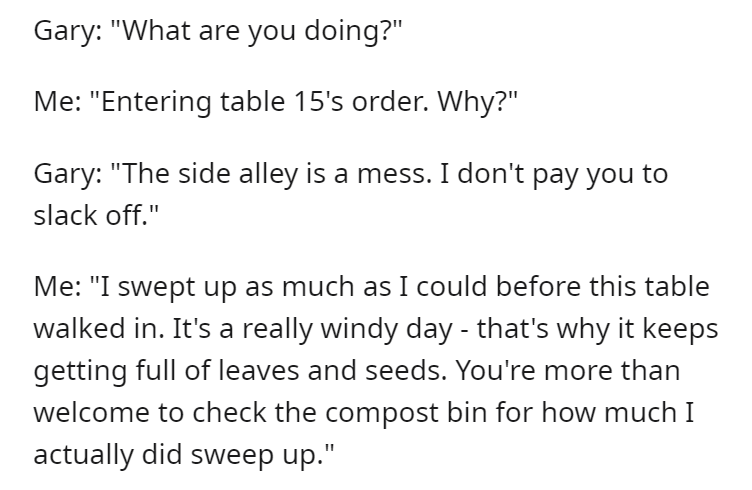 But Gary wasn’t having any of it and forced them to go back to sweeping. 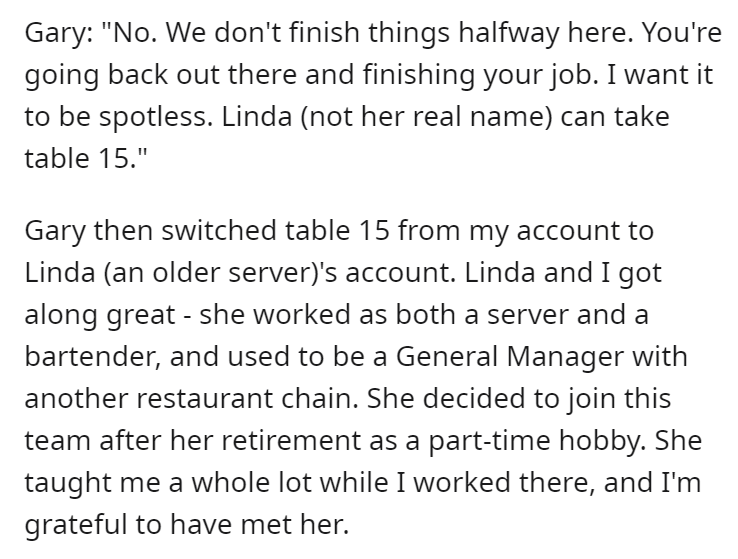 That is when a light bulb went off and they got back to the task assigned to them. 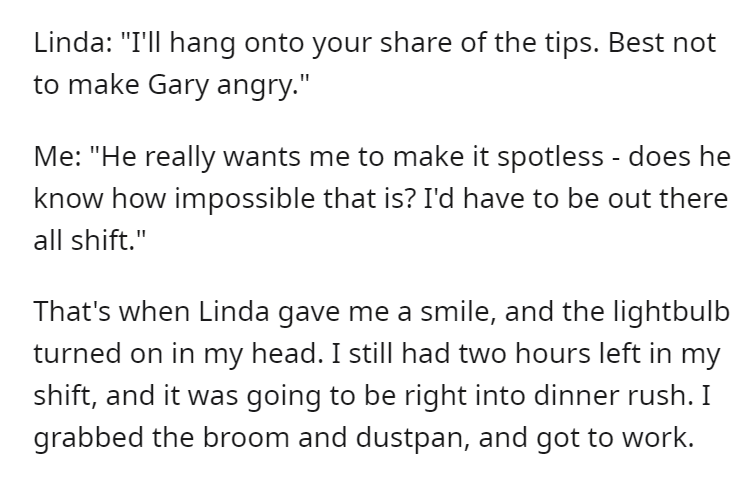 Even when it was clear there was no use in doing this, they kept at it. 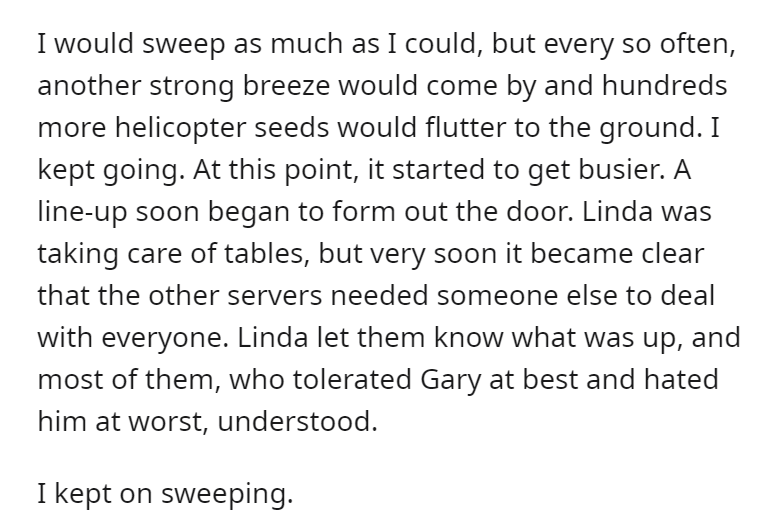 Rush hour soon started and that is when Gary came out, probably to yell. 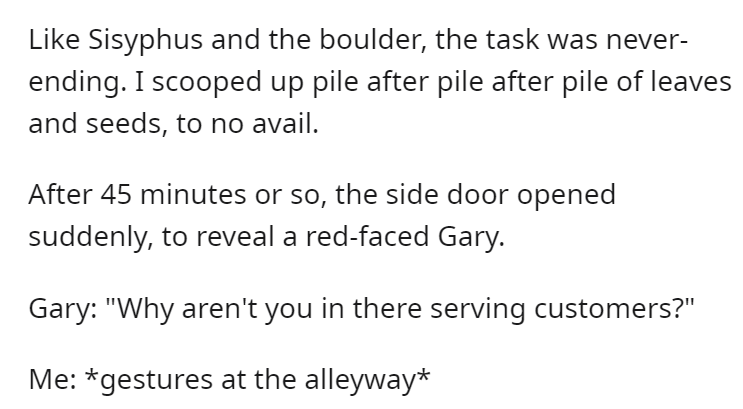 Gary saw the mother nature at work first hand and told OP to get back to their actual work. 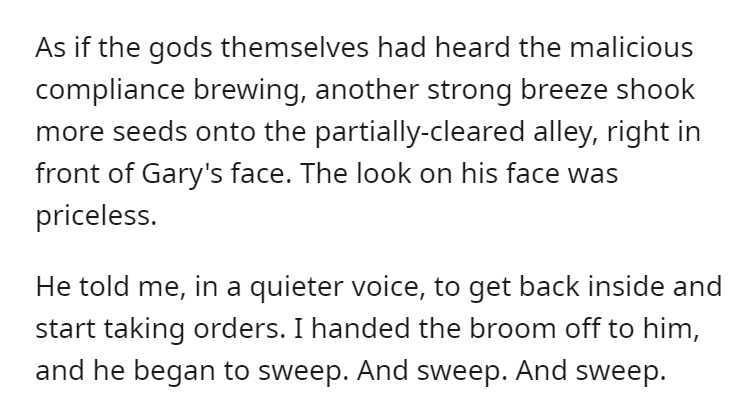 And funnily enough, they also found a broken broom the next day in the garbage. 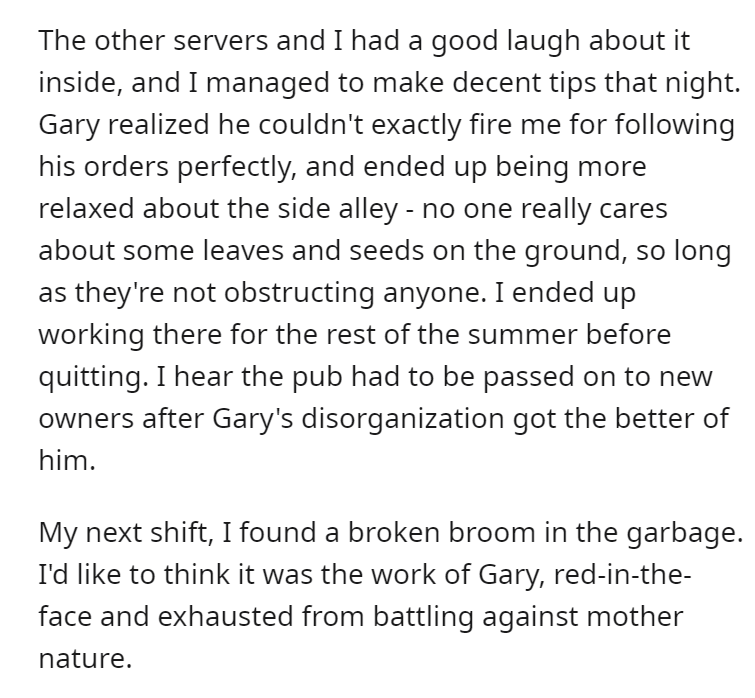 I had a supervisor like that. Thankfully I only worked with her one or two days of my 2-week rotation. I always knew when she was coming around because you would suddenly hear the whispers starting from the end of the hall of coworkers passing the information “look busy, Jesus is coming”. –ferocioustigercat

Sadly though, this sort of thing happens a lot in the service industry. 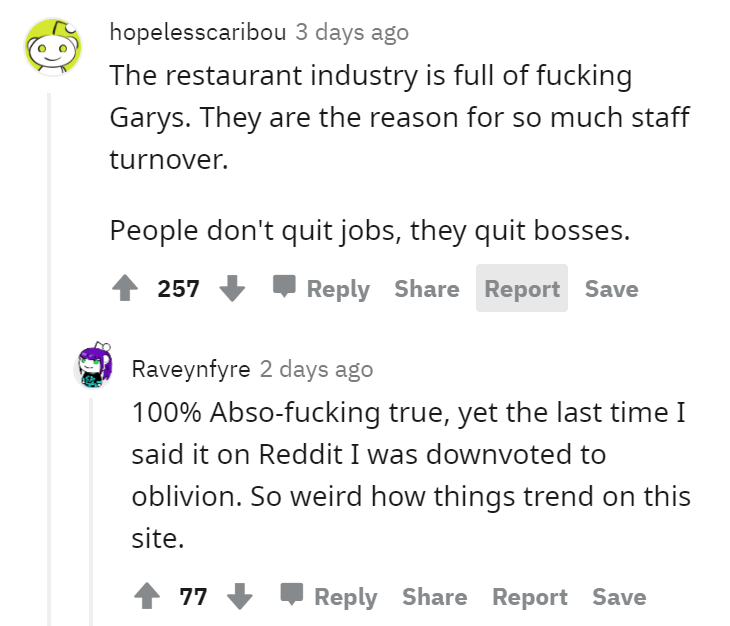 As this comment puts it, there is no use in doing your job as quickly as possible. 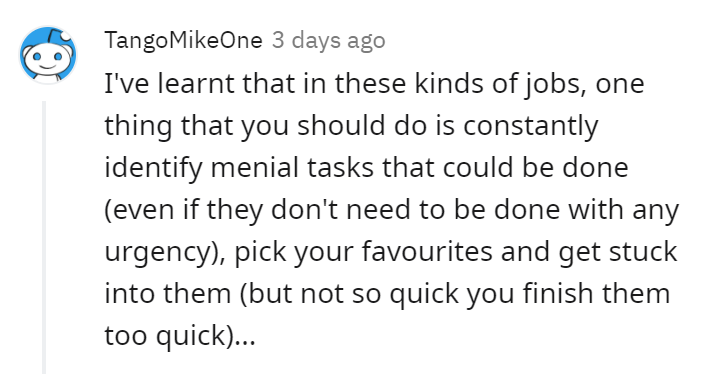 It is always better to take it slow and look like you are busy. 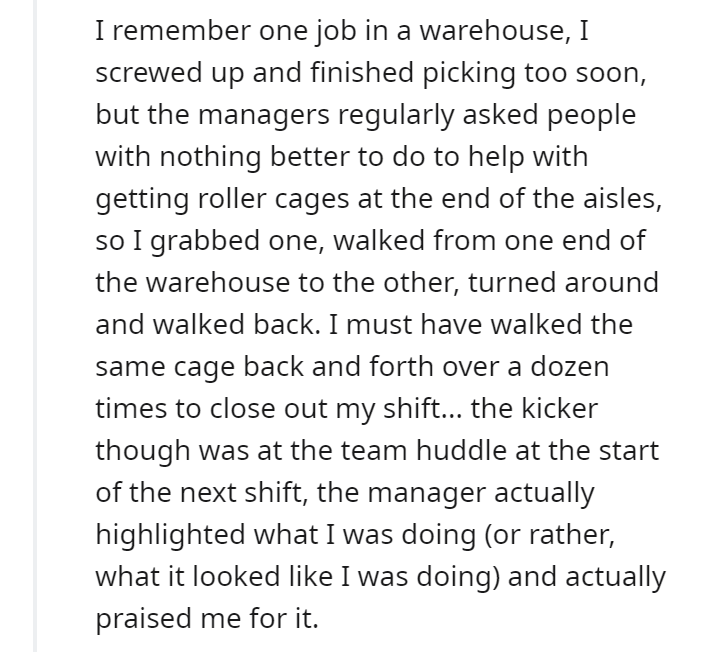 Yep. I have a second job in a factory. Management does not like to see anyone standing around, so when the line stops we have to find other things to do. I quickly learned that squeegeeing the floor was the way forward. As soon as it stops I pick up the squeegee before I am asked to do anything else.

This means I can spend some quality time just wandering around occasionally moving water about and singing to myself (we’re not allowed to listen to music). I have never been told off for slacking! –HappyShepherdess

Have you ever had to deal with a Gary? What is your weirdest Boss story? Comment down below and let us know.