Who said having kids was easy?

Sure, the thought of having children might sound nice until you actually experience it. Yes, having children is a blessing but it is not all butterflies and rainbows. Children can be both angels and devils. You need to be very mentally stable to deal with them. This is why you shouldn’t plan to have children if you think you are emotionally weak. Children can easily get on your nerves and constantly test your patience. It can get annoying, yes, but it is worth it when you see your beautiful little angel sleeping in your arms. However, things get even tougher when your child turns into a toddler. Now, toddlers are little gremlins that cause chaos and destroy everything they touch. They aren’t easy to contain.

Parenthood isn’t what you think it is. It is definitely not a smooth sail. You’re going to have to bear a lot of headaches with your child. One thing that all parents say is that you will have to repeat yourself a million times before your child listens to you. That can be pretty frustrating but it is what it is. So before you have children, try practising saying the same thing to a wall 97 times. If you have the patience to do that, congratulations! You are ready to have a child.

Parents tweeted about what it’s like to repeat something to kids 1000 times and it is hilarious. Scroll down below to read the tweets: 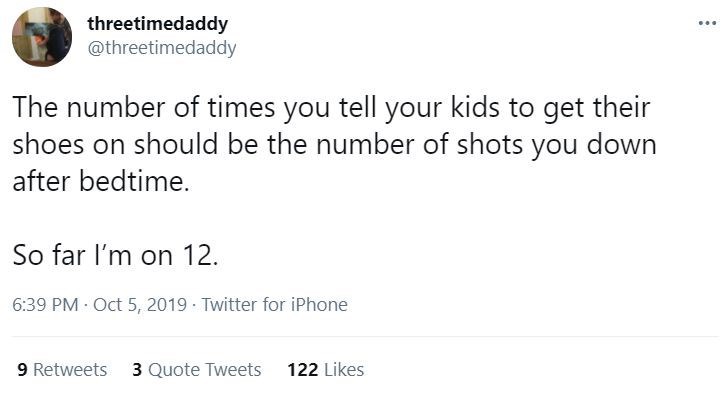 2. I think you need to listen to your own words at this point.

3. That “last video” is never-ending.

4. They aren’t patient one bit but expect you to have the patience of a monk.

5. I think this pretty much sums it up. 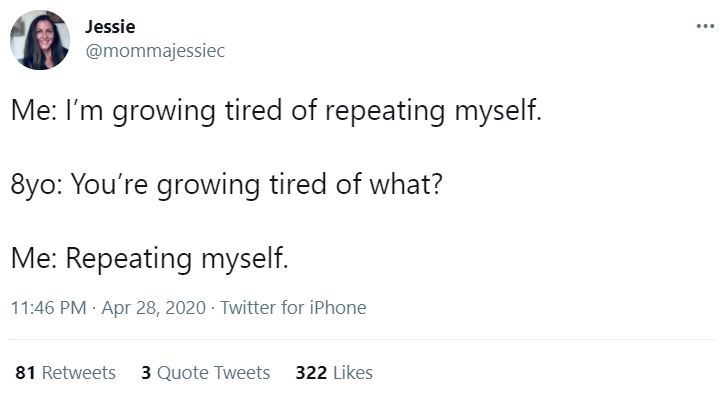 6. That truly is a victory.

7. And even after that, they still won’t go to bed.

Sounds scary, doesn’t it? Having to say something a million times but it is still falling on deaf ears. Yes, kids can drive you insane. This is why I keep telling everyone to not have children until they are entirely sure they can handle a child. It is not a walk in the park. It will be very difficult. Only you have to decide how you are going to cope with it. Scroll down below to read the rest of the hilarious tweets:

9. Must be a really good night if you have to say it that many times.

10. It hurts to see them destroying good food.

11. I would call that an extreme sport.

How many times do you think you have repeated the same thing to your child? Share the count with us in the comments below.