Family needs to support each other in hard times.

That is what most of us have been taught since birth but not everyone understands or cares about this statement. The following people certainly have never heard about this because what would you do if your kid was injured? Most parents would be heartbroken and try their best to take care of their child even if he is married. I mean, it isn’t the wife’s job to take care of their child alone. But some people are still living in the ’50s and think a wife should basically be a maid.

This might sound harsh since partners are supposed to take care of each other but what they are not obligated to do is host family gatherings every day while also taking care of the house and their significant other. However, that is exactly what this mother in law expected from her son’s wife. You can read the whole story for yourself by scrolling below. A little warning beforehand as this might anger you so read at your own risk.

Honestly, I understand wanting to see your family but stressing the caretaker doesn’t help in this case. 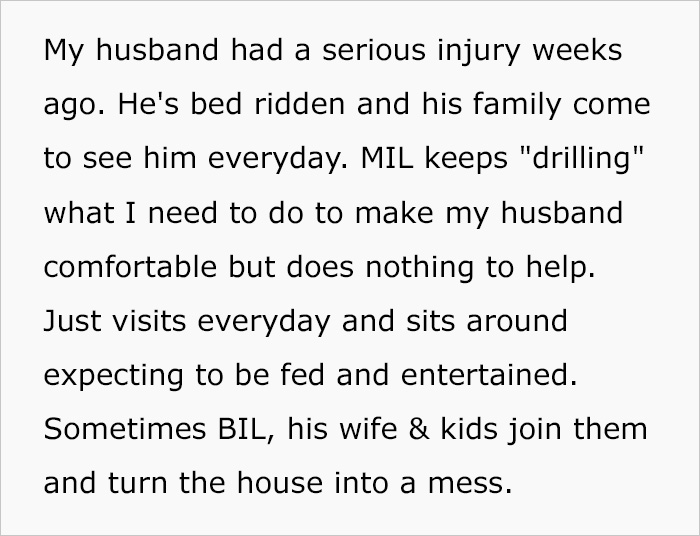 No decent person would ever demand dinner from someone who is obviously tired. 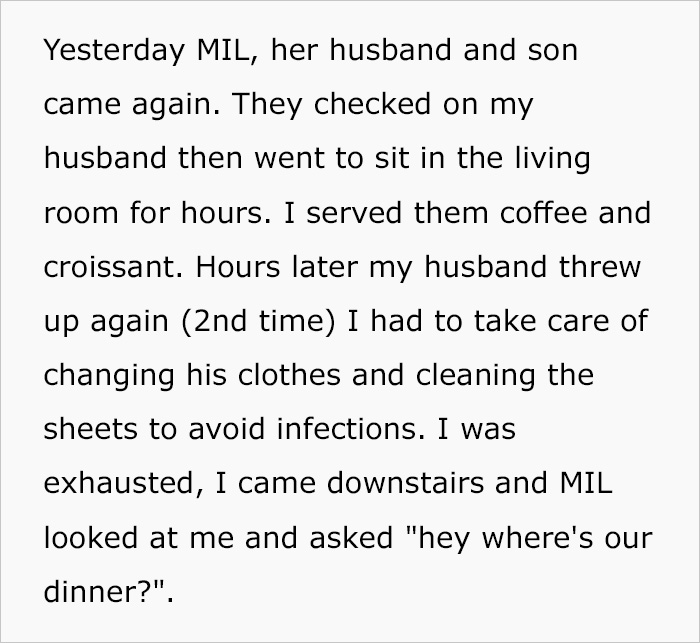 Anyone would be shocked at such a rude statement. 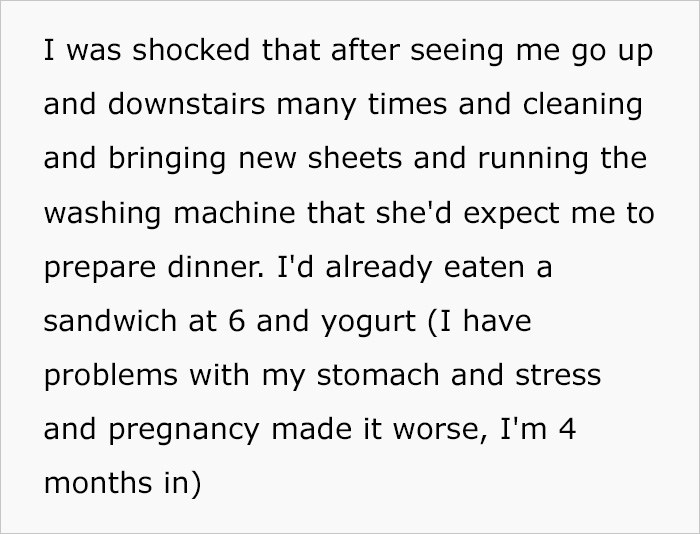 The mother in law, however, was not happy with her response. 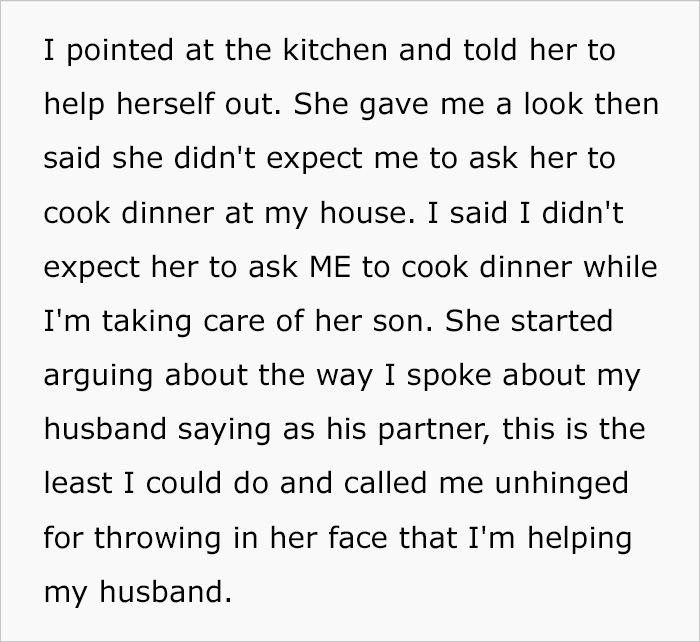 And even when the mother-in-law’s husband tried to calm the situation, it got even worse. 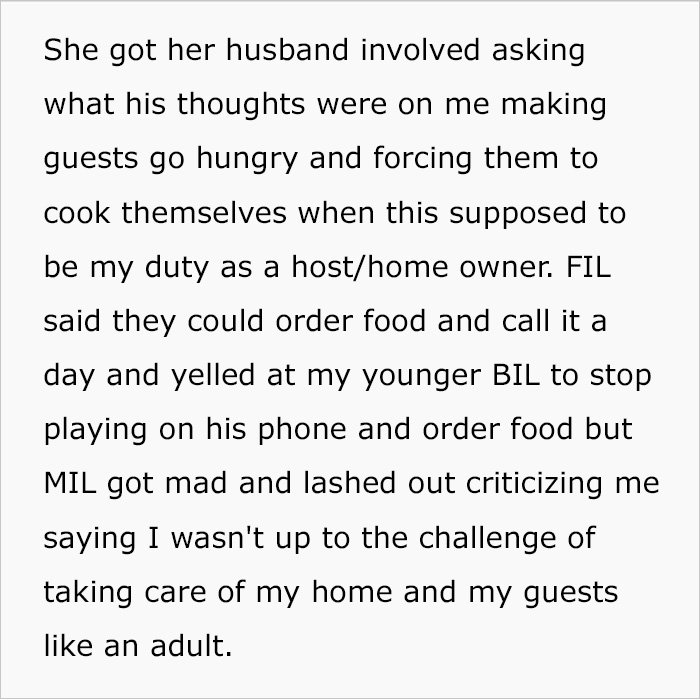 She hadn’t even invited them in the first place so why was she there? 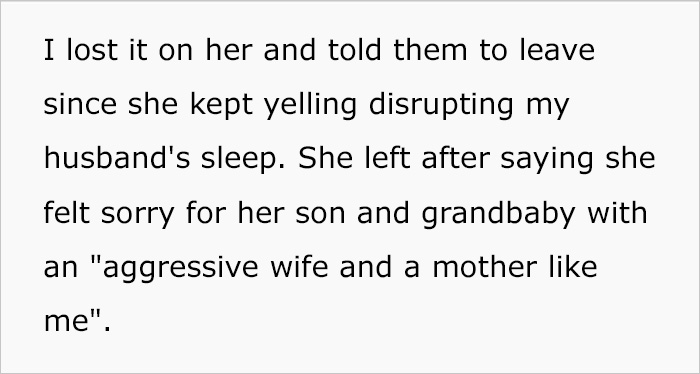 I mean, the wife isn’t stopping the mother from seeing her son but this is ludicrous. 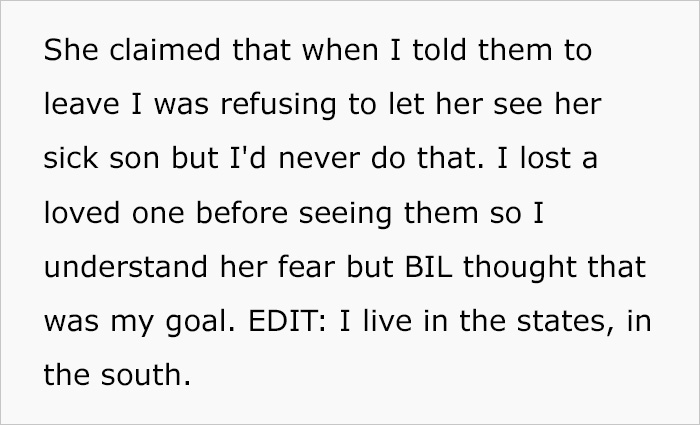 They are acting like it is her job to do everything. Don’t get me wrong, taking care of your house and cooking is something that most people need to do every day but dealing with a person who is sick or injured can be quite taxing not only physically but also mentally. So her mother-in-law needs to help her, not degrade her.

And of course, the story would be complete without the mother-in-law spreading lies in the family. 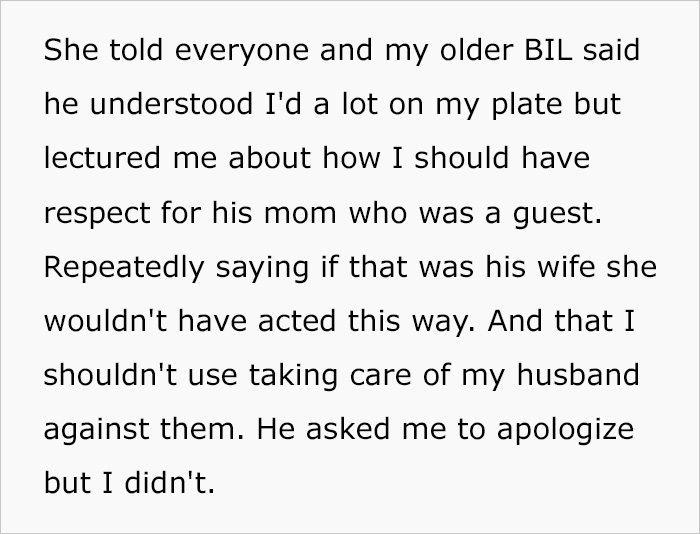 If the mother-in-law wants to stay at someone else’s home all day, she needs to help. 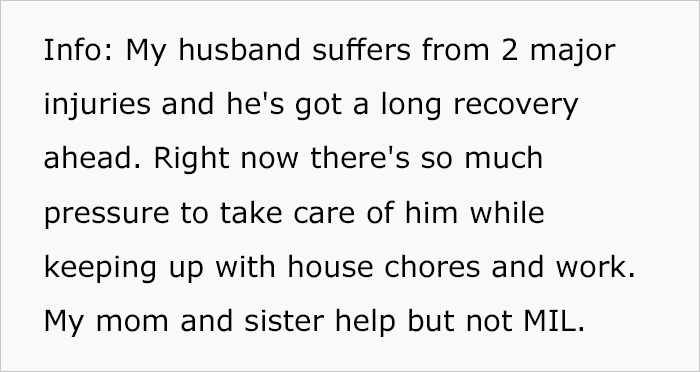 And everyone was on the wife’s side.

Some people even gave her advice on how to handle this in the future. 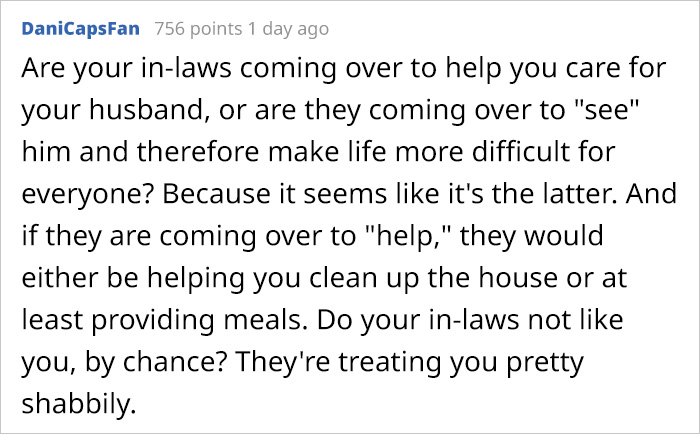 I don’t think anyone has nice words for the mother-in-law. 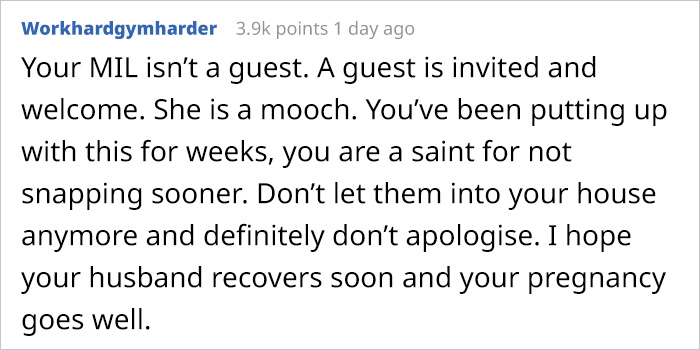 They are acting like the wife should be their maid or something. 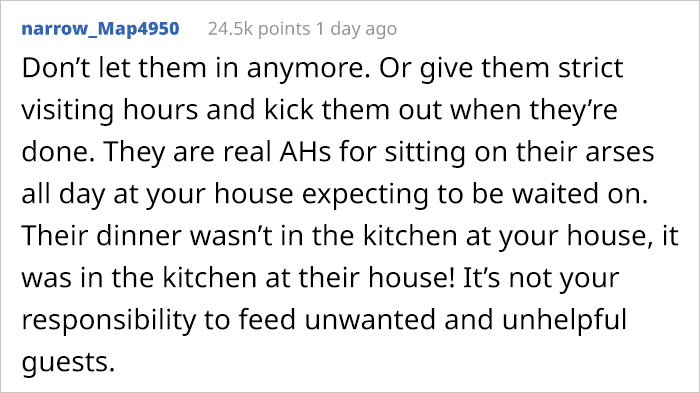 They are not really guests since no one actually invited them.