These people are so creepy!

We all have our own specific sense of humor and some of us have a big liking for dark humor but these so-called pranks or jokes are too much. These people really went too far, their pranks are totally inappropriate and really creepy. A Reddit user started a thread by asking people to share the creepiest thing their partner has ever done and the stories people shared were so creepy and scary, beyond our expectations. I had no idea people with such creepy and weird habits existed. Scaring a person is one thing but doing something that will give them nightmares is just completely unacceptable.

Most of them are really terrifying pranks pulled by their significant others and some of them are just super weird habits of their partner. Trust me, you will get goosebumps when you read these stories. Keep on scrolling down below…

1. This Reddit user started this creepy thread by asking this question.

2. “I woke up around 3AM after having a nightmare about a ghost. I woke my SO for comfort, but he turned to me and said, totally serious, “there are no such things as ghosts, just giant mothmen that take you away while you’re sleeping.” He remembered nothing the next morning.” 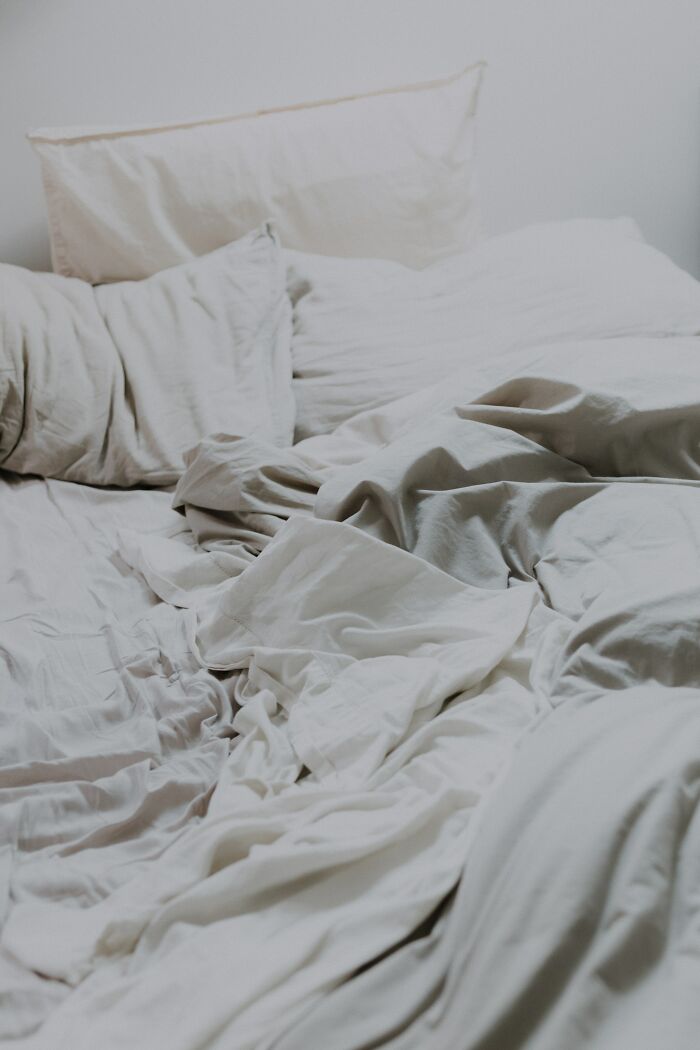 3. “My wife has problems sleeping and tends to talk (mumble) in her sleep. The worst, however, is when she sits bolt upright screaming. This happens once or twice a year. I’ve also woken up to her kneeling on her pillow, batting at something on the wall, and making frustrated sounds.” 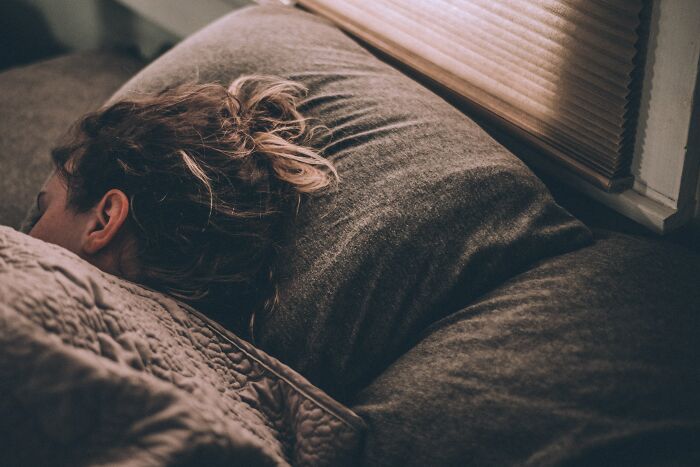 4. “My husband and I used to own Captain Kirk and Mr. Spock standups. Sometimes when he was in the shower, I would take the standup and quietly set it outside the shower curtain, so that when he opened it BAM there Mr. Spock would be…”

“…Kirk, being the creeper that he is, often stood over my husband while he slept, and hubby would wake up to Kirk’s happy smirking mug right above him. Man, I’m lucky to be married. I’m way too weird for my own good.” 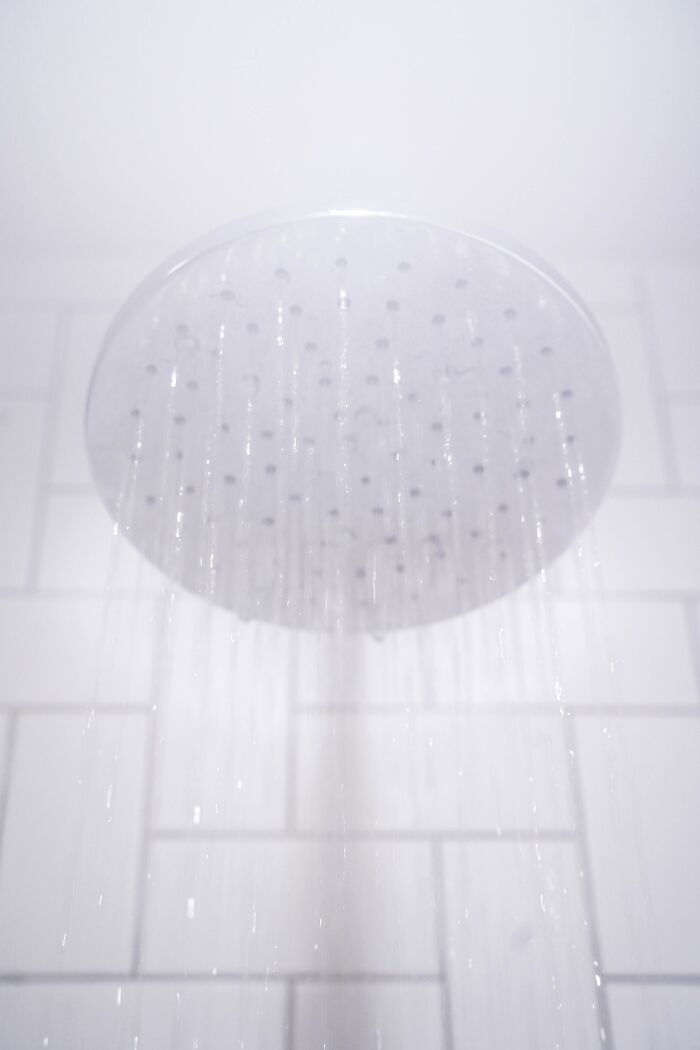 5. “Not married but one of my female friends is about 6’8. One day I was using her shower and had my eyes closed as I was washing my hair. When I opened my eyes I saw a face looking down at me over the shower…”

“…It scared the living s**t out of me. I screamed, and slipped, landing on my ass. As I curled into a ball and started crying, I heard her laughing like a maniac. I’m not sure why, but it was horrifying. If she would’ve peeked through the curtains, I don’t think I would’ve been as scared.” 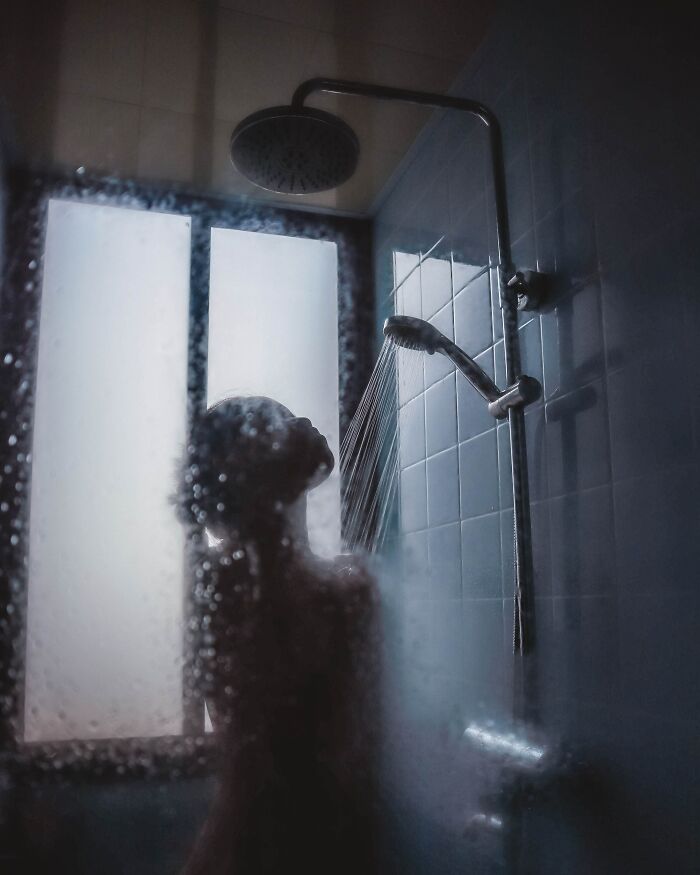 See, this is not funny at all. I do not know how can one find this kind of prank funny when there is a big possibility of another person getting hurt physically or mentally. Please, refrain from doing such stupid things. It might be fun for you but it is definitely traumatizing for the person who experiences this. This type of stuff is actually very scary, I bet the girl could not shower peacefully after that. The mind starts playing games, everything seems scary. You can never feel peace alone and you can never recover from terrifying experiences like these. Please, think before doing something idiotic, guys. Keep on scrolling down to read more of these stories…

6. “She likes to hide under our bed when we are about to go to sleep. And when I stand right next to the bed she would grab my ankle and scare the s**t out of me, followed by an evil laughter and a face full of satisfaction for scaring me.” 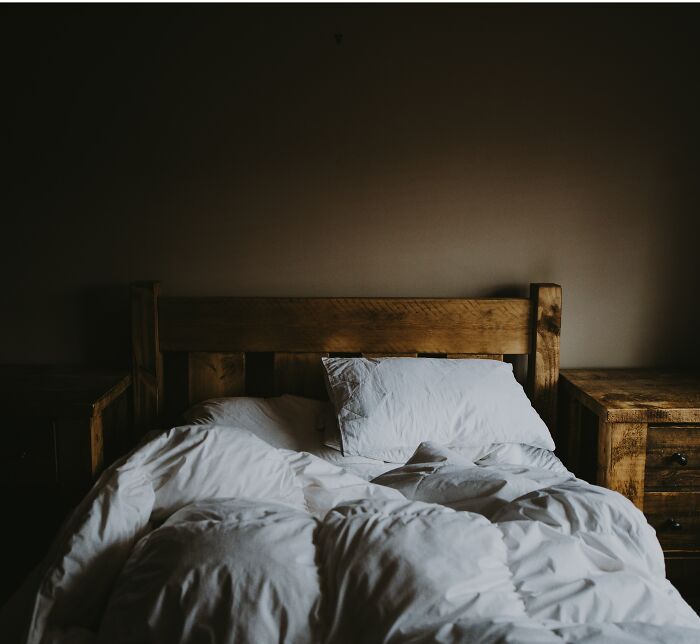 7. “My wife has long dark hair. She likes to hang it over her face like the girl from the Grudge/The Ring and lean on the outside of the bathroom door when I’m in there taking a shower. She usually sits down on the floor and waits. I’ll open the bathroom door and she’ll crumple in like a corpse without making any noise…”

“…So I’ll see some movement out of the bottom corner of my eye, then my brain will kick in and think something is attacking my feet, then I’ll scream like a crazy man and she’ll die laughing on the floor. Then I’ll be paranoid for a month or two, then she’ll do it 10 months later when my guard is completely down.” 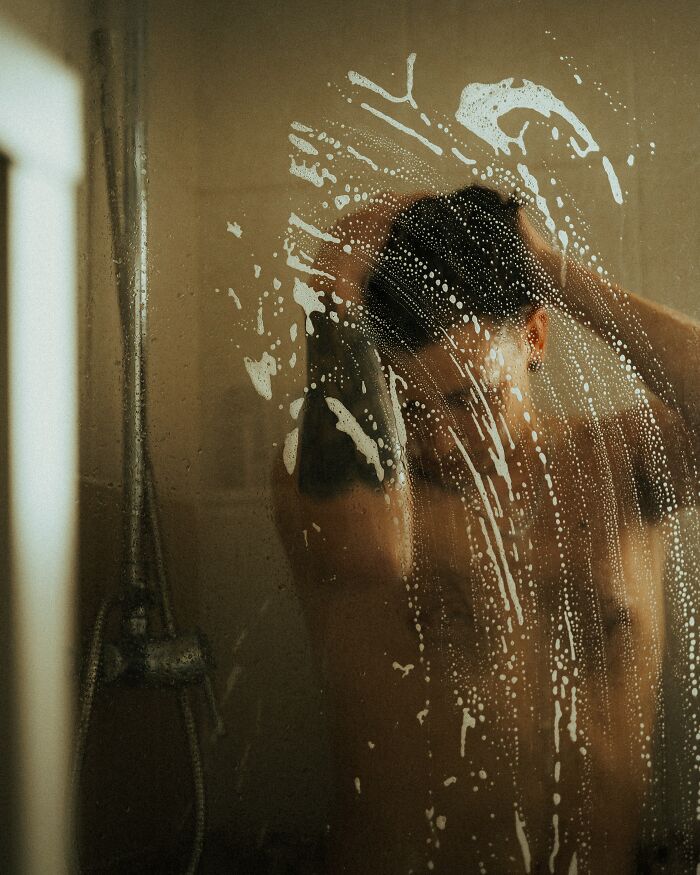 8. “My husband found an app for our pc webcam that allowed him to stream to an ancient flip phone of his. He proceeded to compliment my shirt, ask me why I changed, how my sandwich tasted…it went on for hours. I started freaking out and thought someone stole his phone and was watching me…”

“…I’d try to call him and he’d refuse to answer the call, or he would pick it up and breathe heavily. It wasn’t until I was on the verge of tears that he decided to call me and explain. I could have killed the man.” 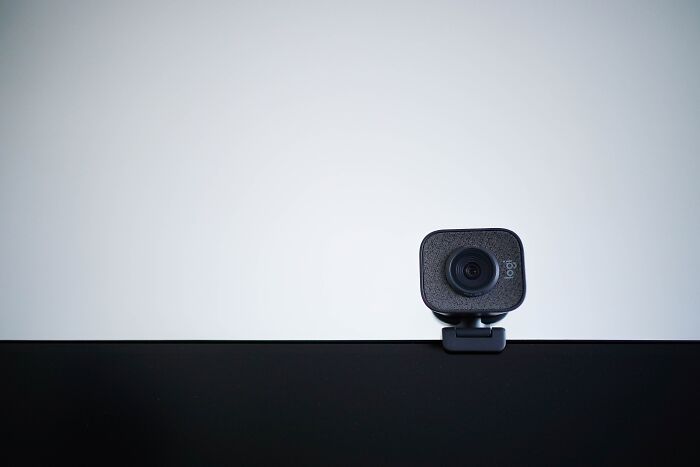 9. “My hair is kind of long and when I brush it, it creates hairballs. I normally just throw them away ASAP but one time I was running late and just left it in the brush. When I got home, my SO was playing with it. I came over to grab it and he refused saying he felt sad throwing it in the trash as it was my hair. He kept it for a few days before he forgot about it so I threw it out.” 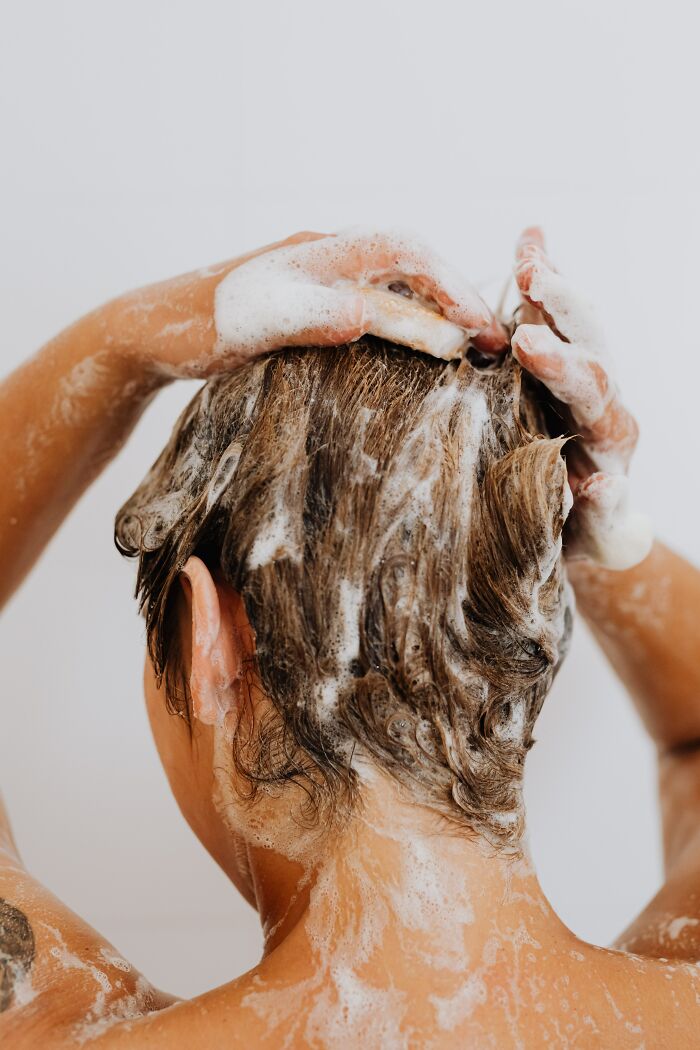 10. “My wife waits at the bathroom door in silence when I’m s***ting and when I open the door she gets on her hands and knees and barks like a dog. Scares the s**t out of me everytime.” 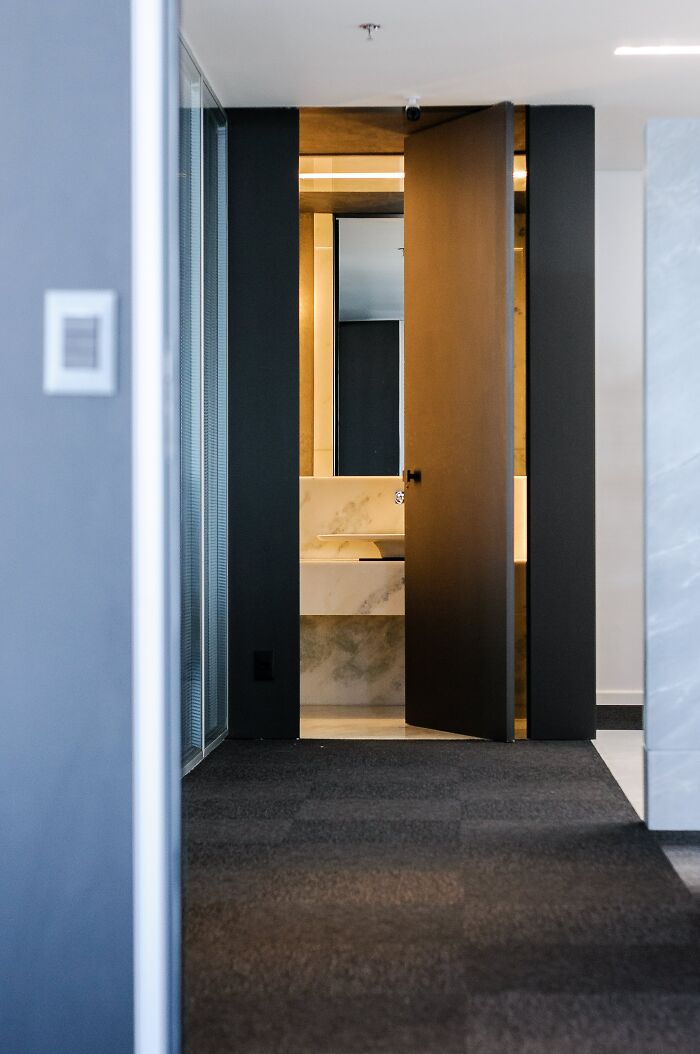 11. “This is a story from me, but of one of my good friends. Apparently, the wife was working on her laptop after a long day and was obviously getting frustrated. The husband wanted to cheer her up and maybe get a little love in return…”

“…So, he went up behind her and massaging her shoulders. THEN, he leaned forward and whispered into her ear (whilst using his best sexy voice) “I saw my dad do this to my mom once…” A few seconds of unbearable silence passed and then “that was weird wasn’t it” 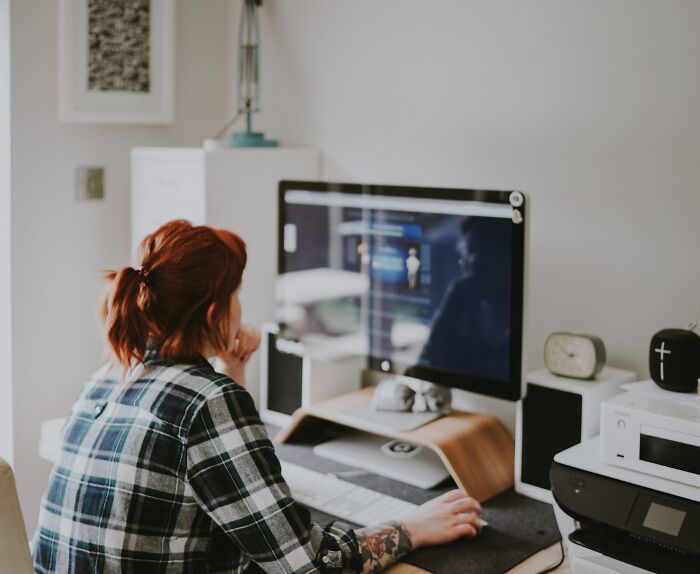 Oh, my God! This is so bad, absolutely ridiculous. I hate it when people keep dragging the prank and such a horrible one, in that case. If my husband did that to me, he would be sleeping on the couch for the rest of the year. What are your opinions on such pranks? Do you find it funny or stupid? Tell us your thoughts in the comments down below…