Comics with a dark humor are funny, creepy and twisted.

Some people love reading comic books because comics have so much to offer than just a usual book or a story. The intense comic illustrations and characters communicate way better than just a text-based story and leave an everlasting impression on the reader’s mind. With time, comics are getting twisted and dark. To your surprise, many find these twisted comics pretty fascinating and funny. Rémi Lascault, who is a French art director and comic artist, loves adding a twist to all of his artworks and we are drooling over it.

Since 2017, his artwork has been getting attention on social media due to the touch of dark humor that he adds to his work. This truly phenomenal, 32-year old artist uses stupid jokes and hilarity to showcase his artwork. His four-paneled twisted comics will hit you differently and you have to be very genius in order to get his thought-provoking, hilarious comics. If you are a dark humor lover, scroll down and enjoy. 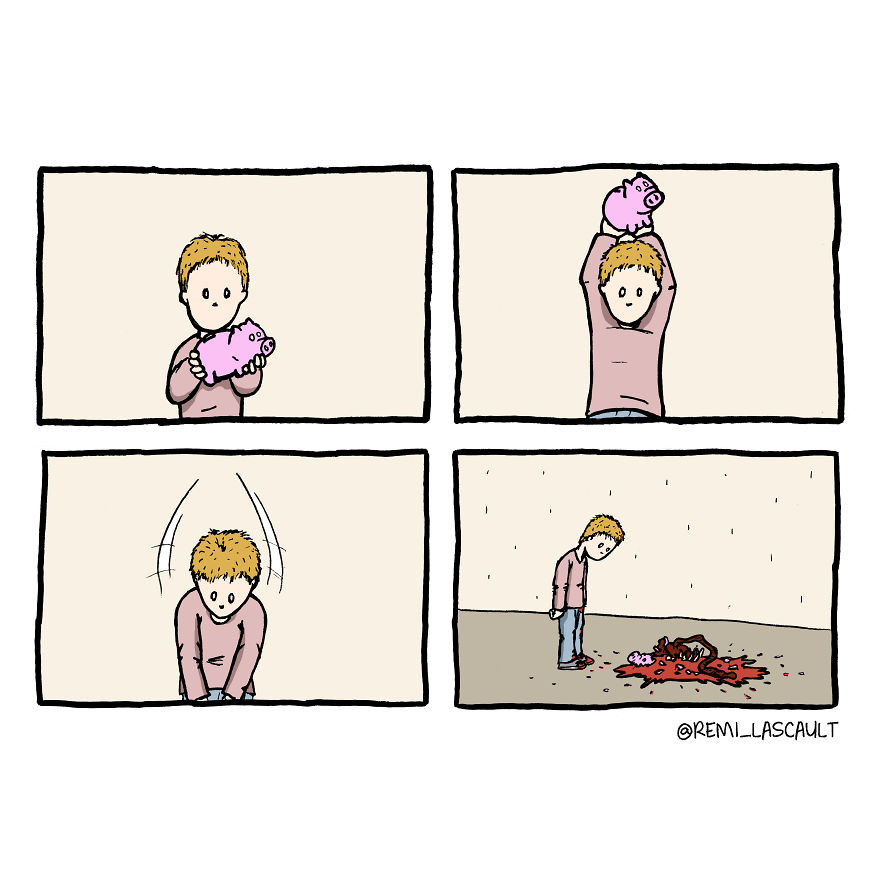 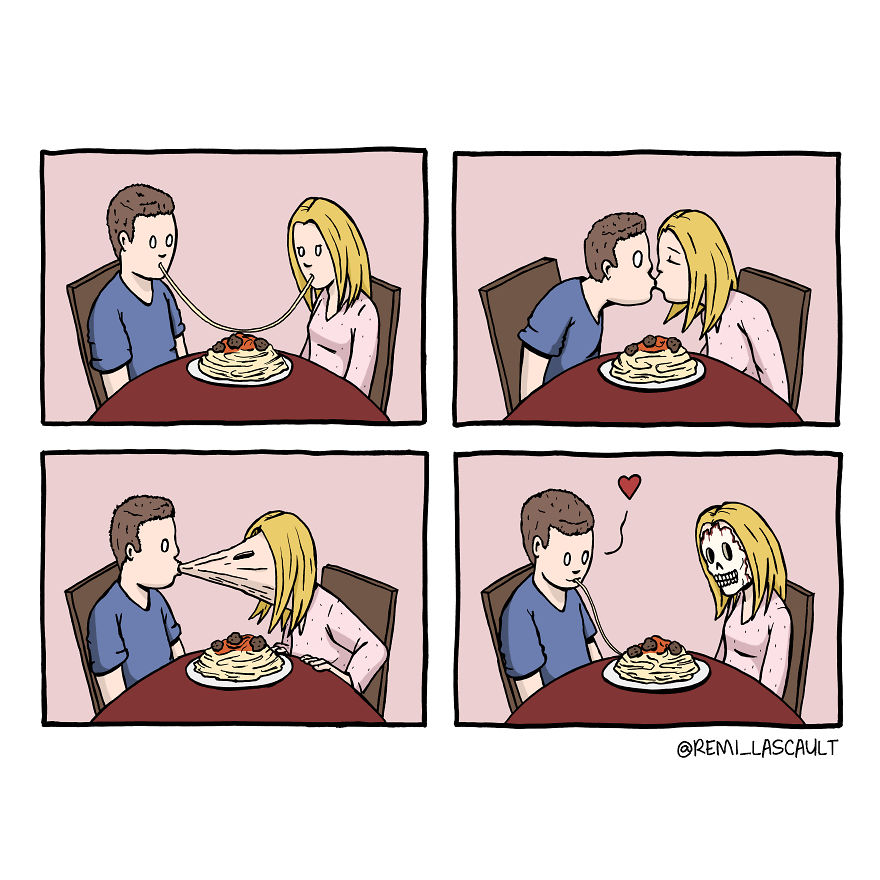 3. When your head is full of shit! 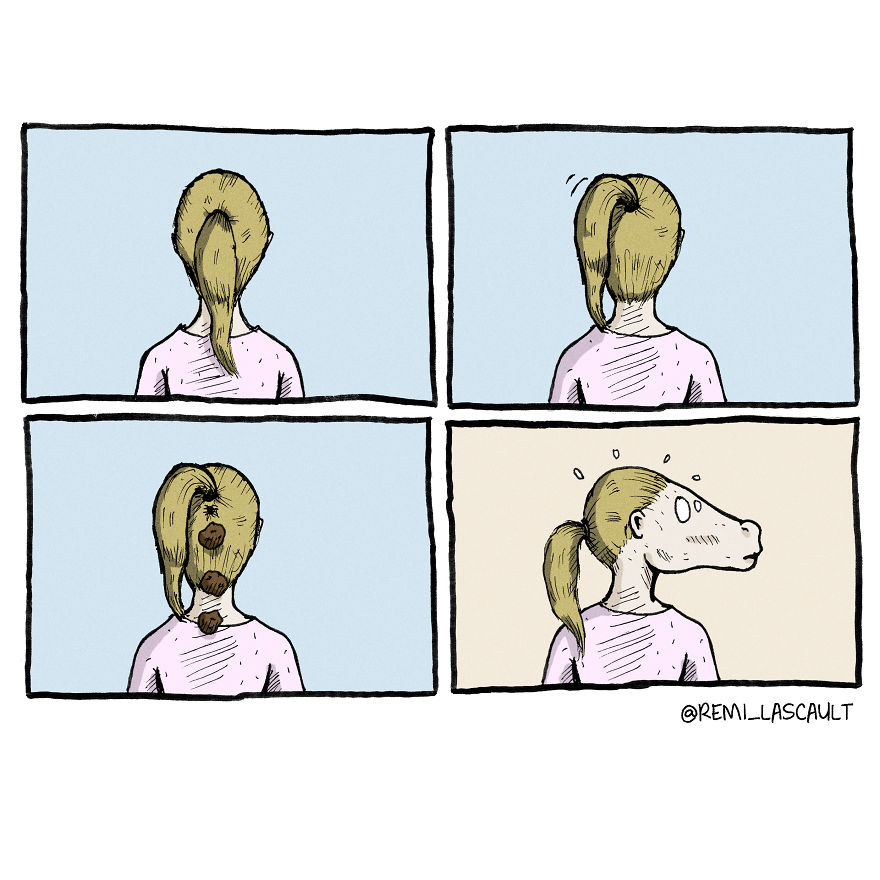 4. Whenever you are out with your baby. 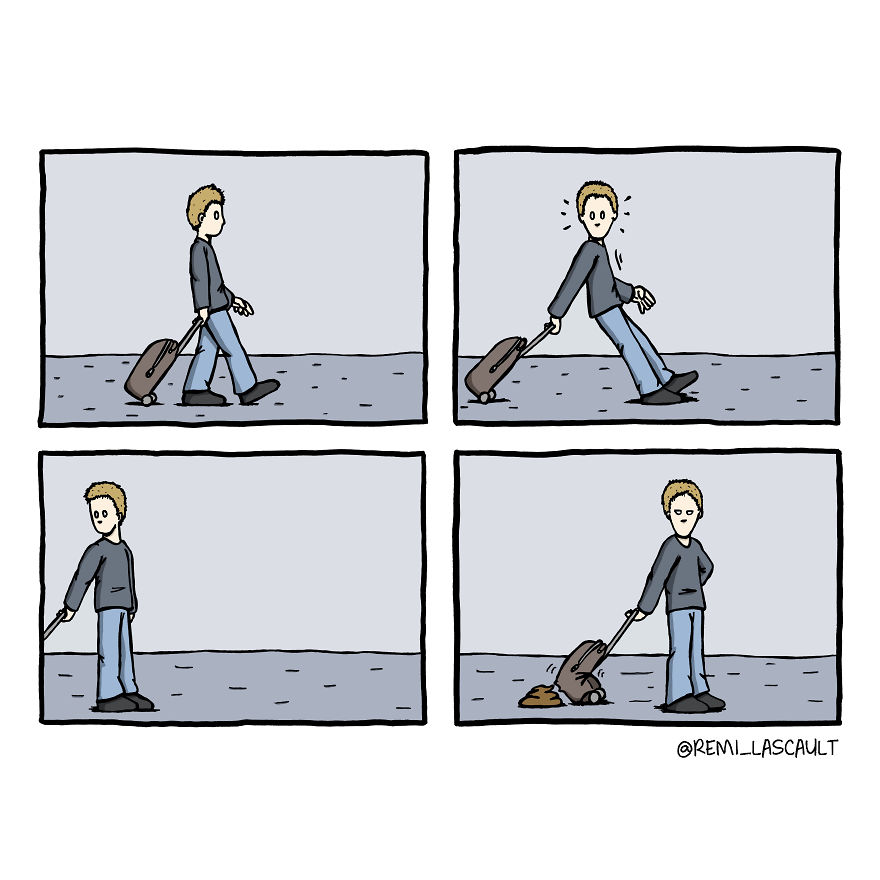 5. Princess fell in love with the frog. 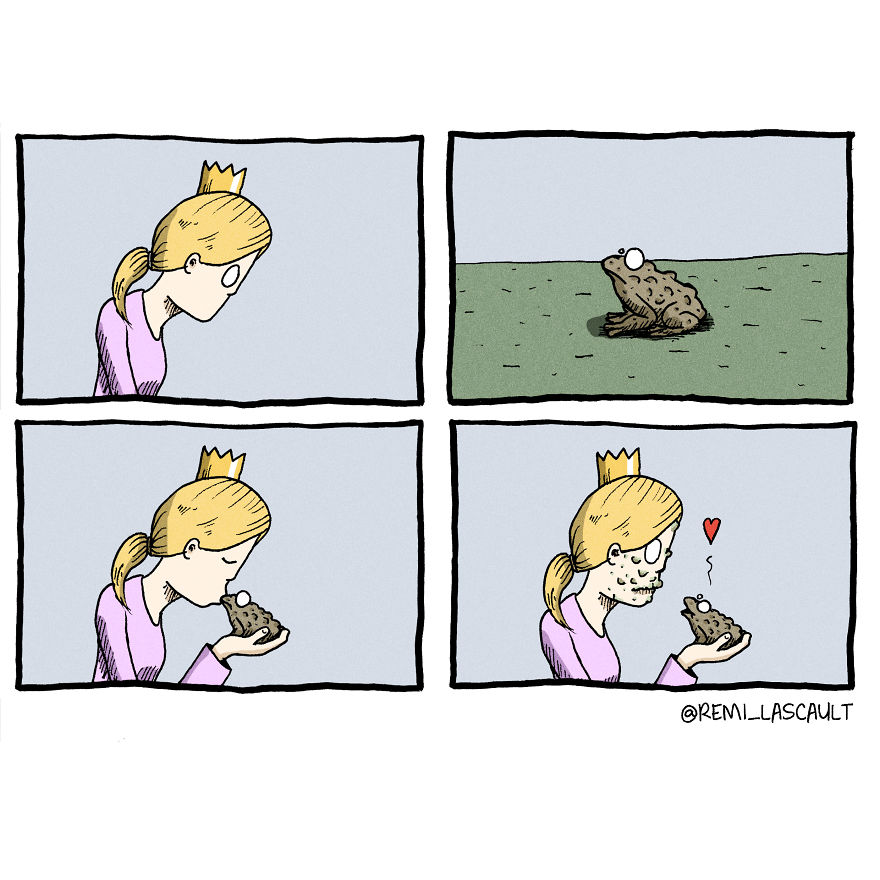 6. He took it way too literally. 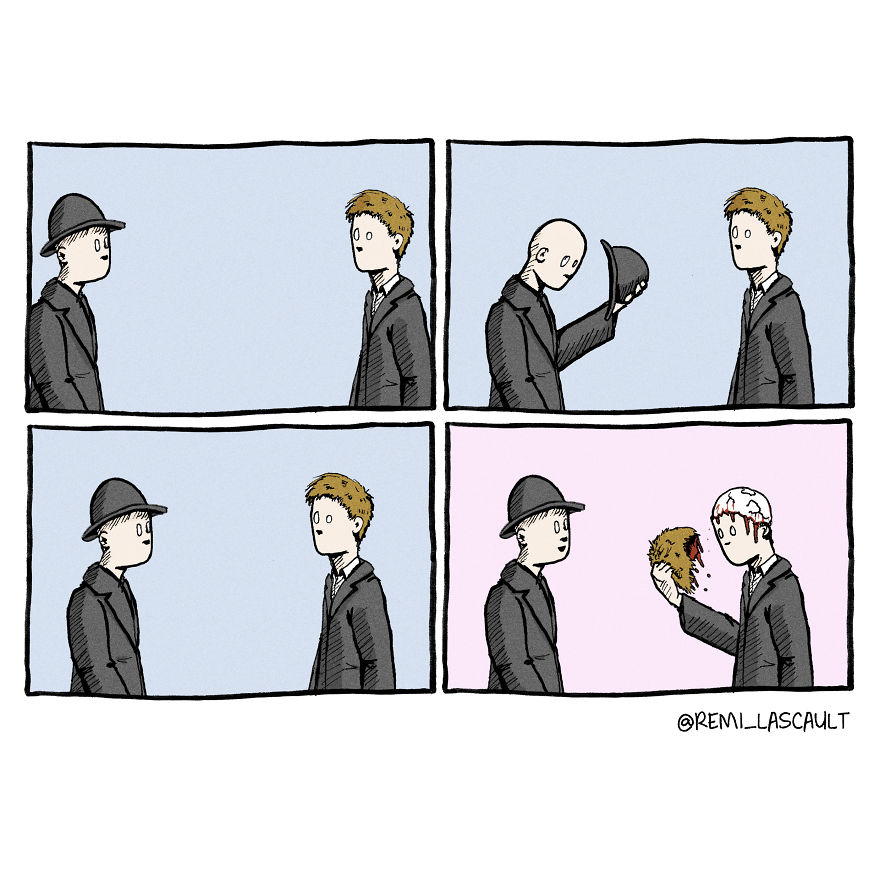 7. Beauty and the bouquet. 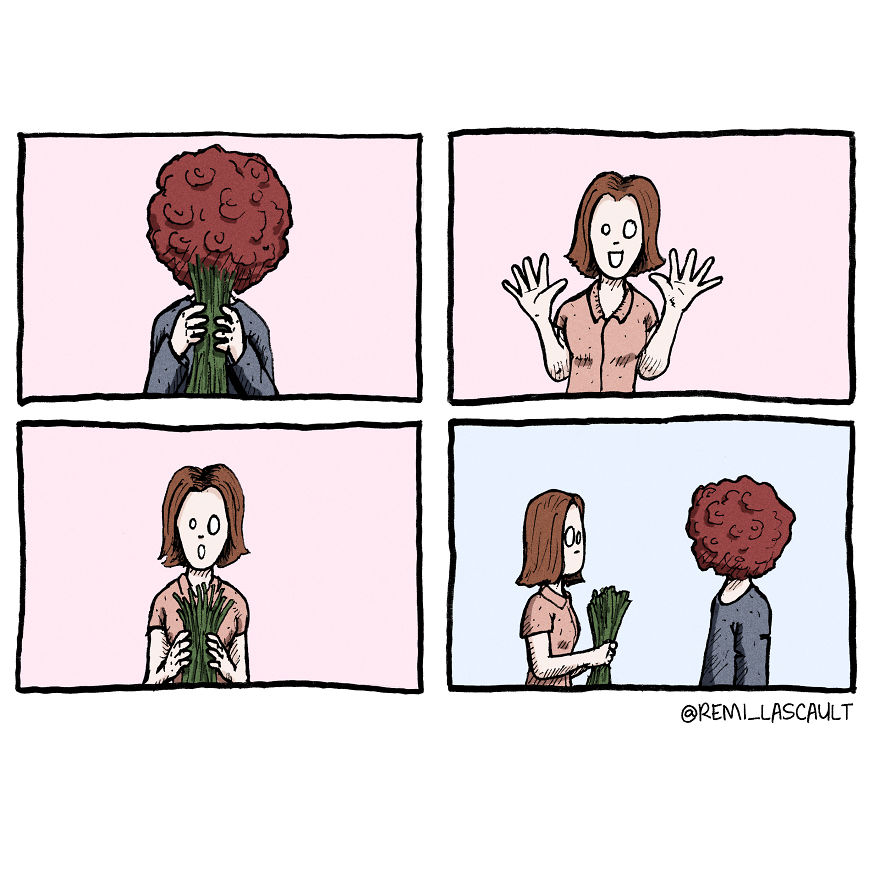 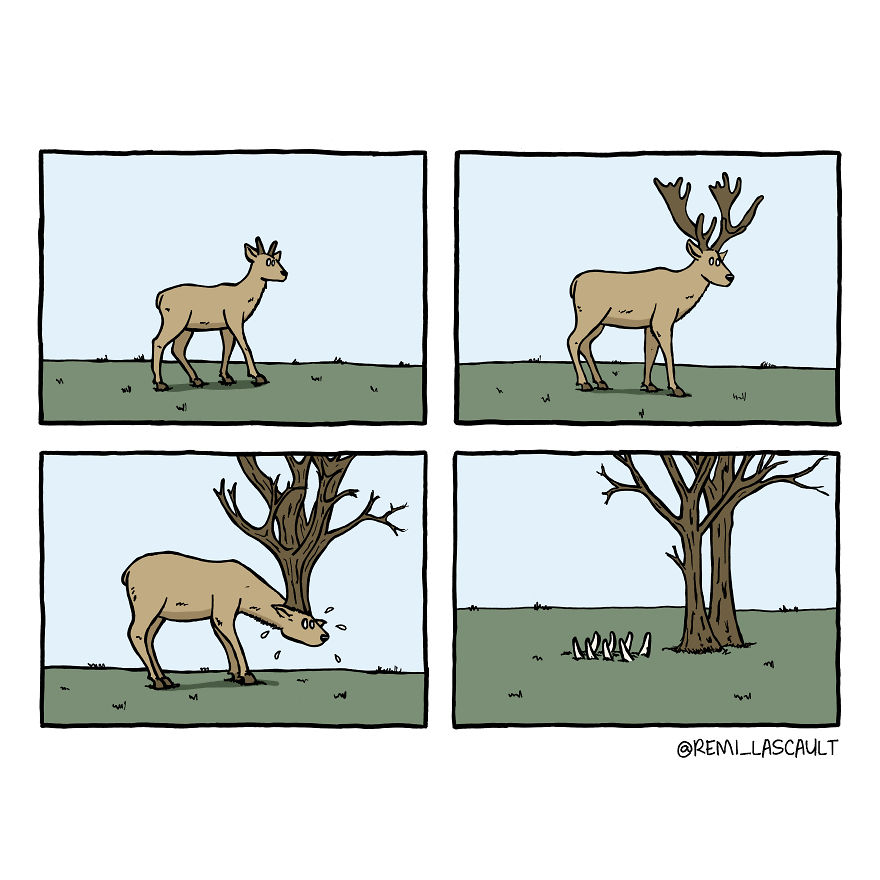 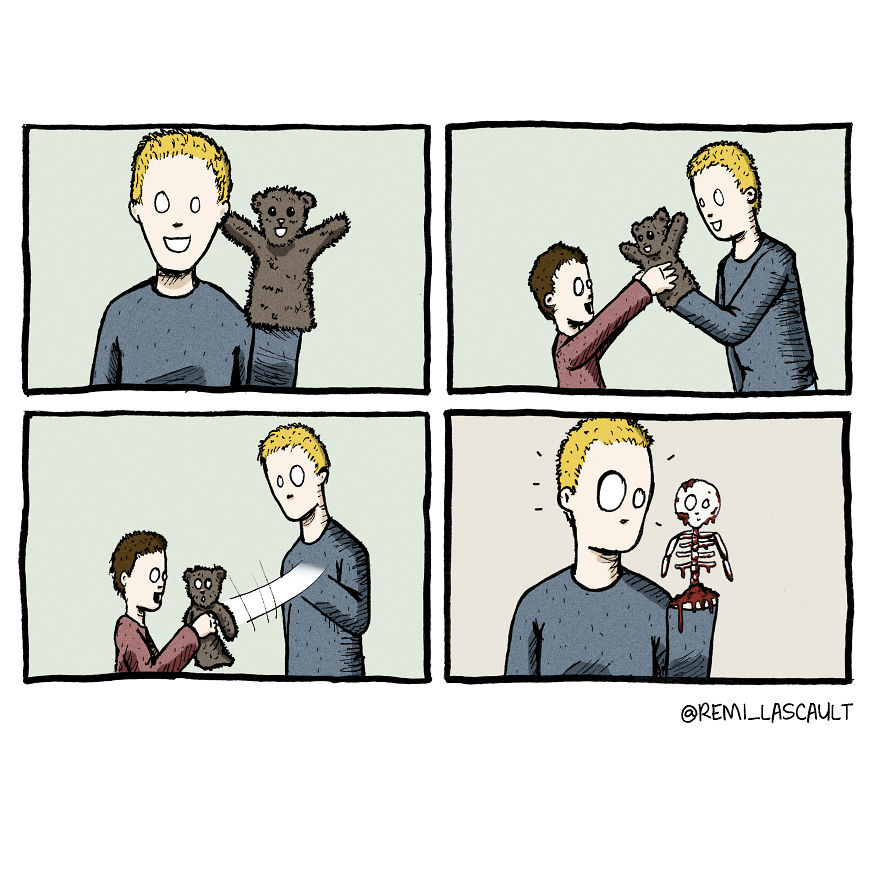 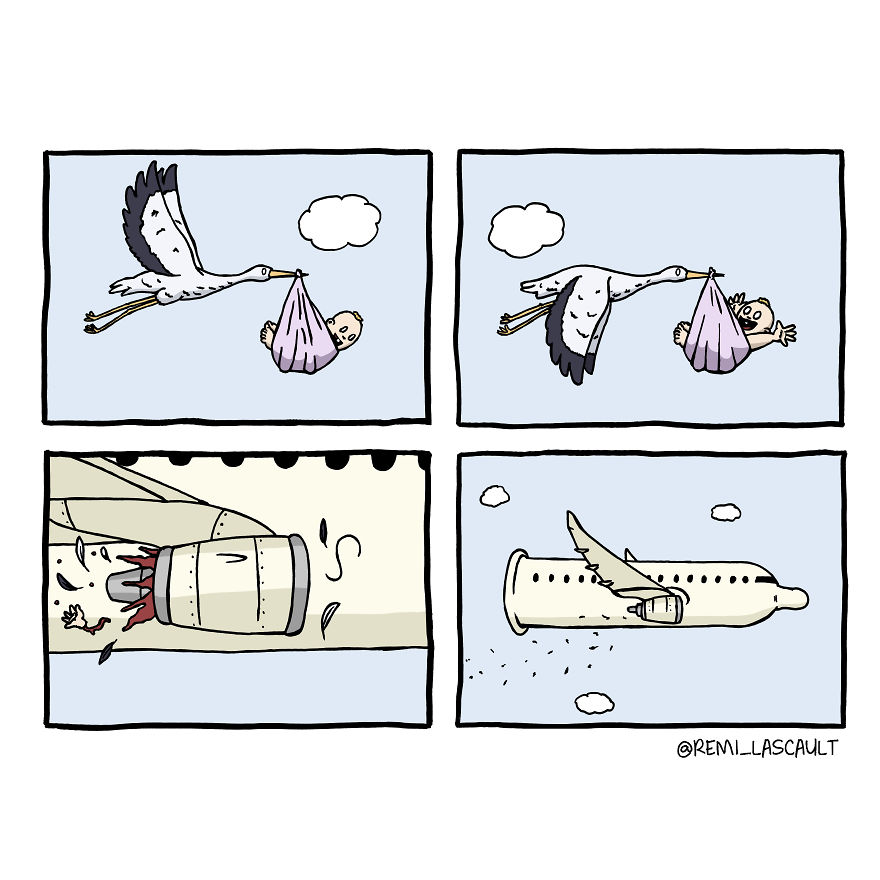 Every character in his comics has a twist to it which makes them even more entertaining for the viewers. You can not skip his artworks without giving them a thought. In this four-paneled artwork, you might see an airplane flying and the bird crashing into it but wait for a minute and look closely at this artwork. Do you really see an airplane? If yes, fasten your seatbelts because the engines may fail and in case of any emergency, find the contraceptive pills under your seats for a safer ride. 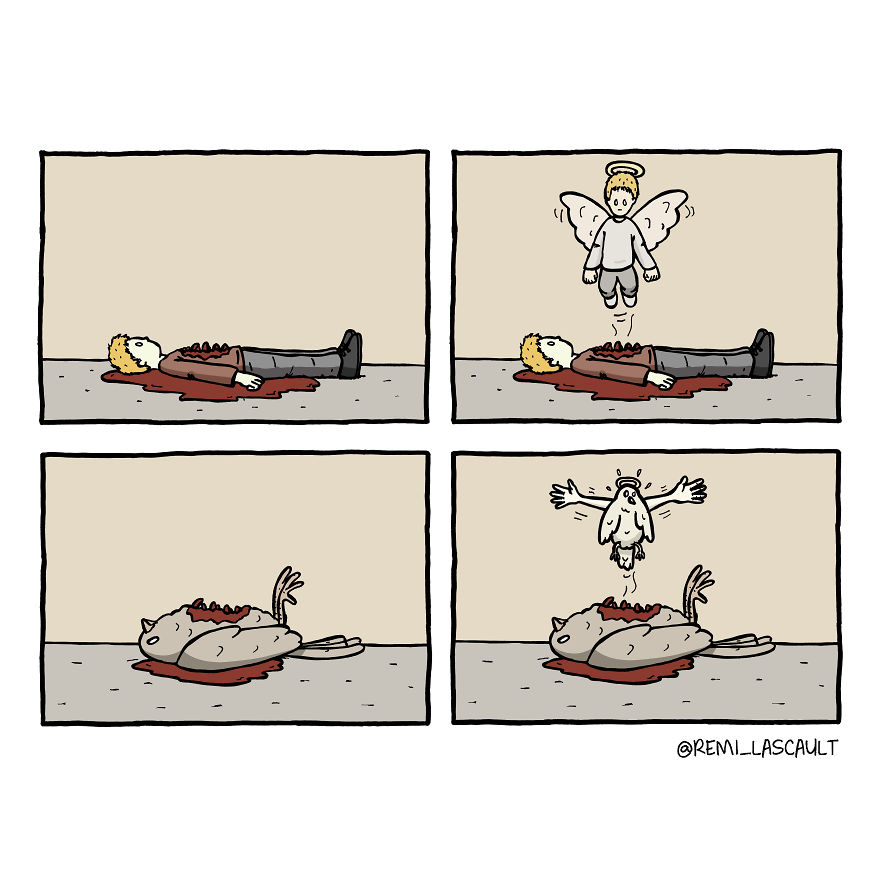 12. Now I know where the poops have been coming from. 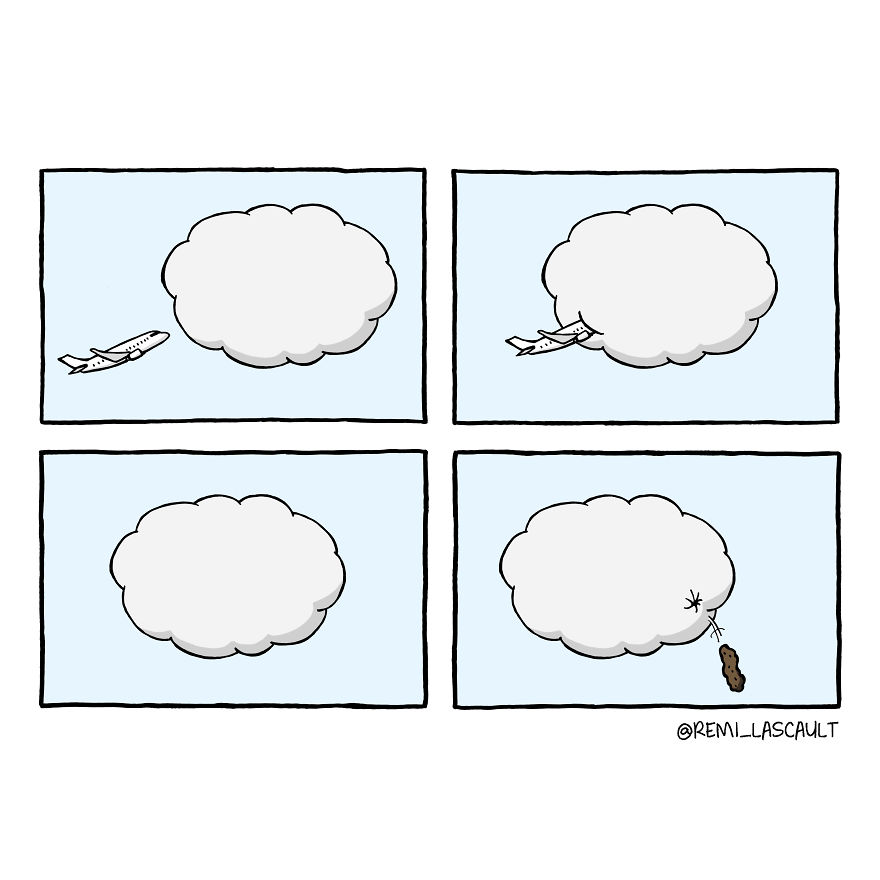 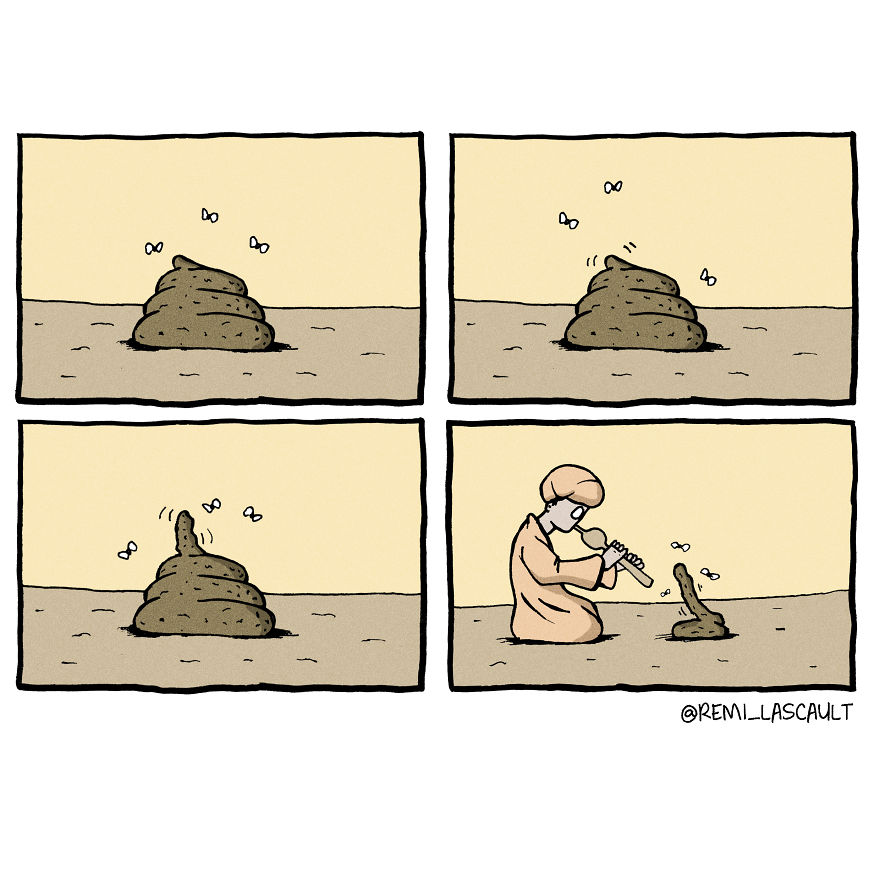 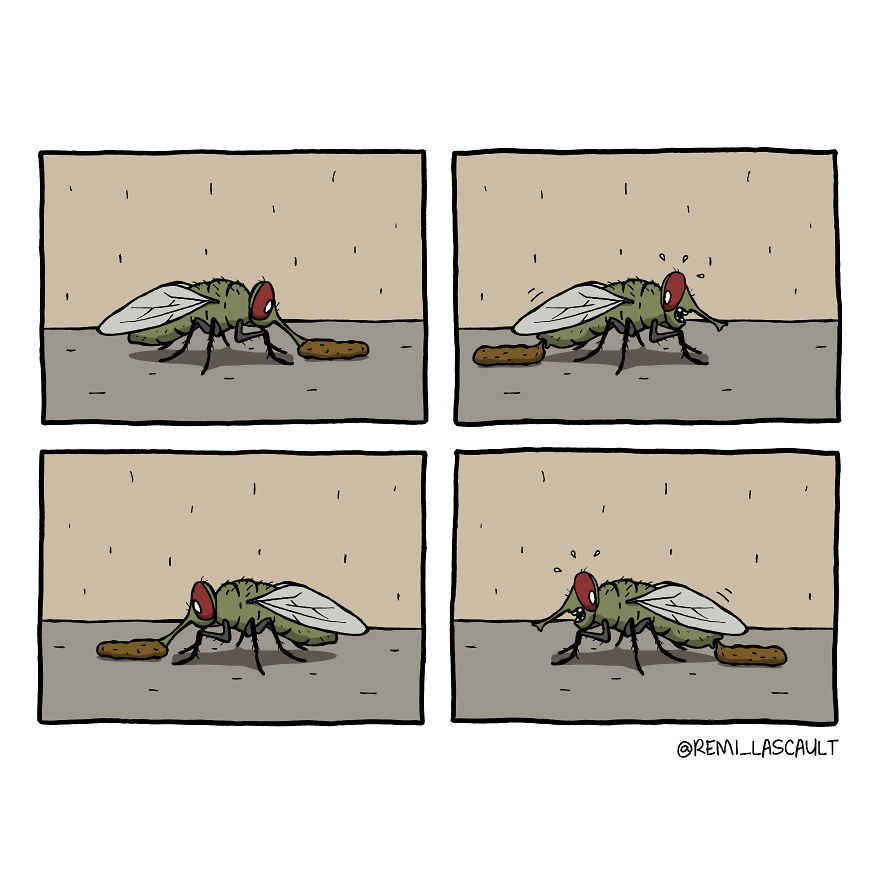 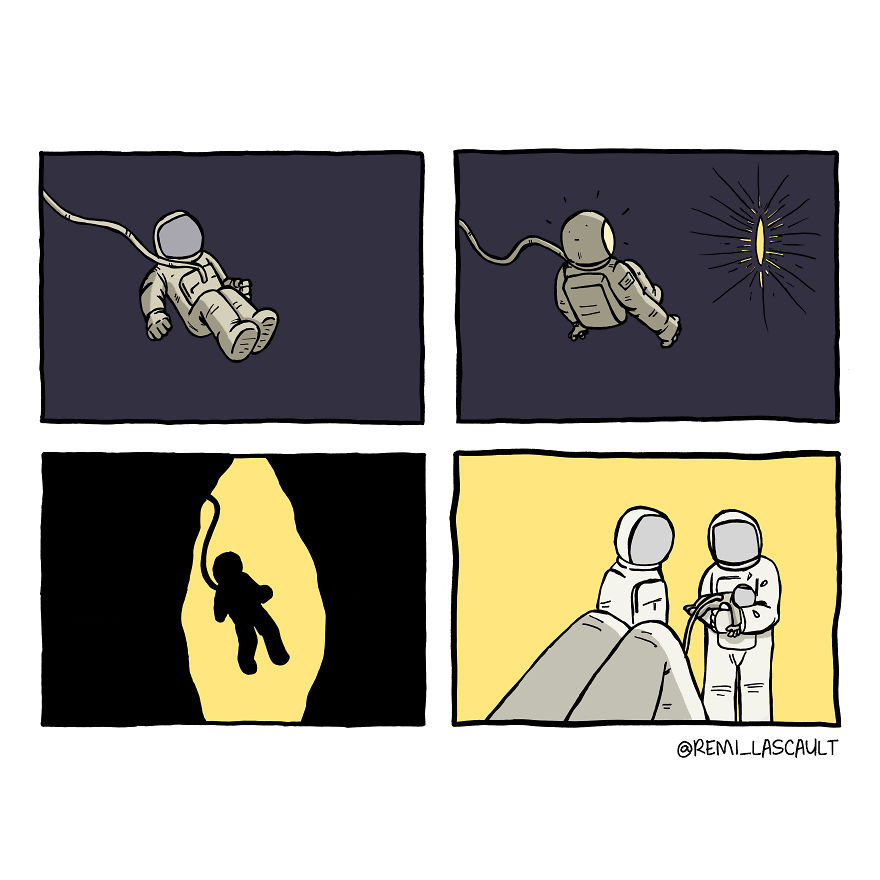 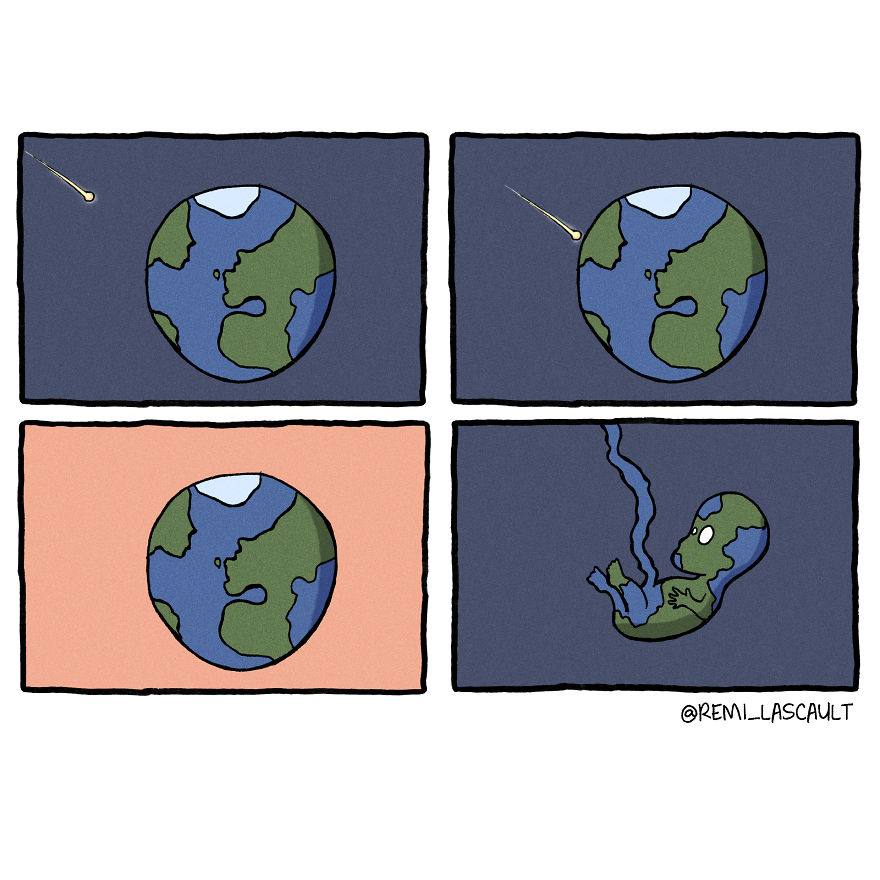 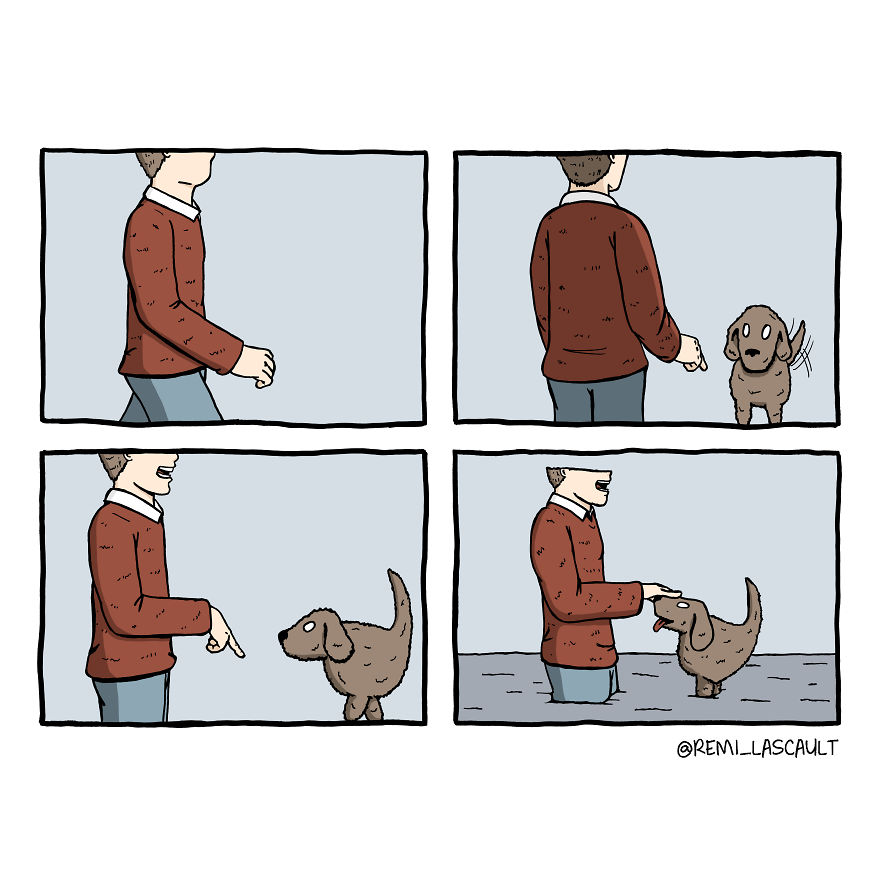 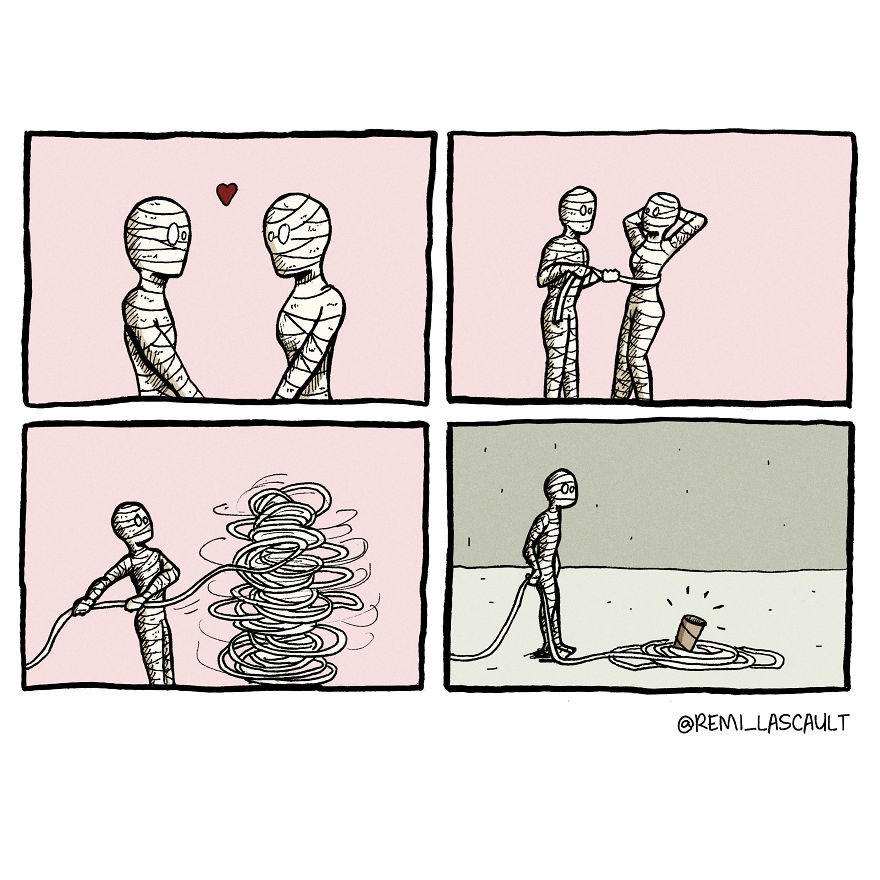 19. This is how the vacuum cleaners work. 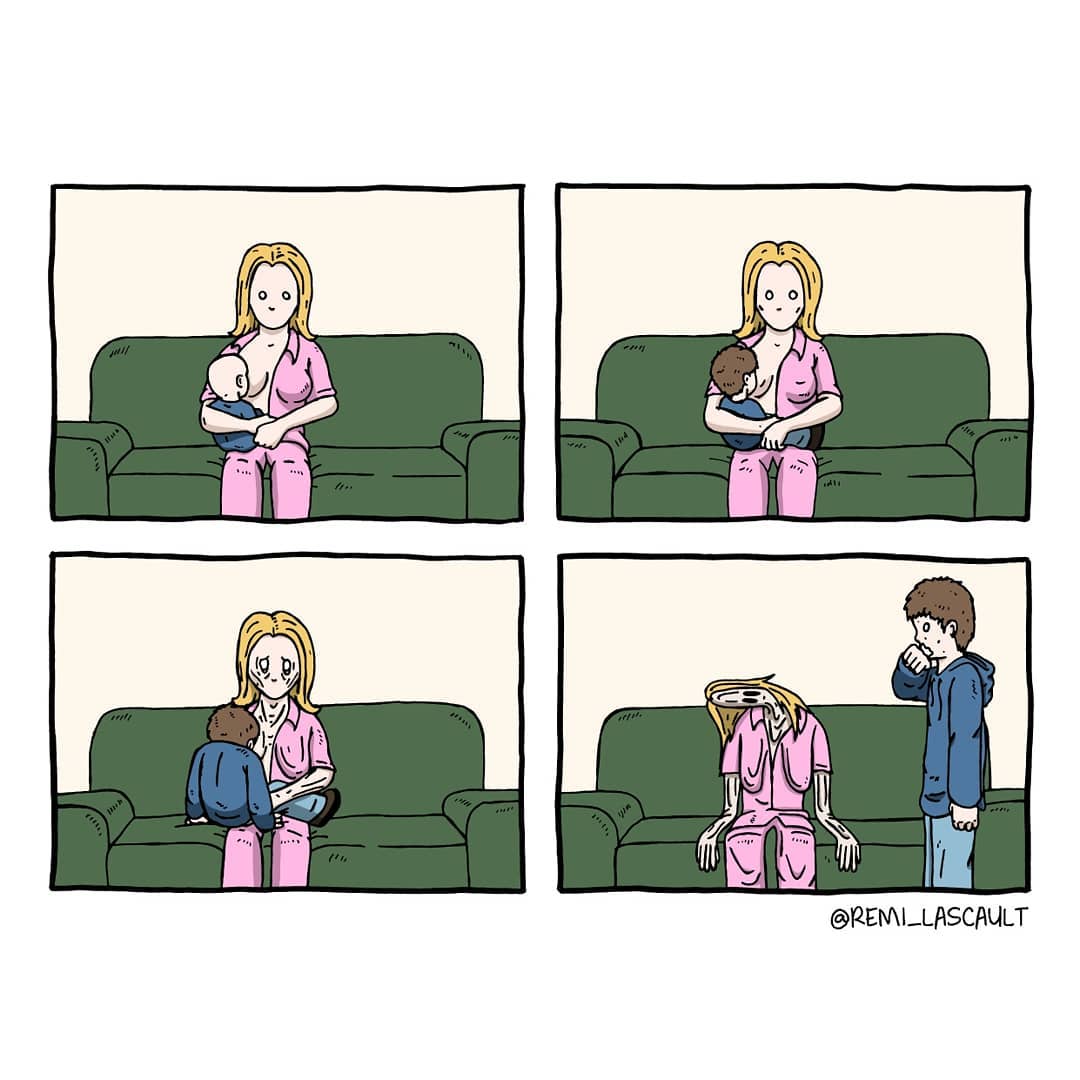 Each comic unfolds really dark humor and you have to have that witty mind to understand his comics. Have you found these comics hilarious or were they out of your understanding? Tell us in the comments what do you think of these comics? Creepy, weird or funny?