Some workplaces and employers can be so weird, they can get you in trouble for the dumbest things. Some of them would be so ridiculous that you won’t even believe that it is the reason for your getting into trouble. Most of the time, it’s the supervisor that has a thing for making the employees feel insulted for stupid reasons.

A Twitter user asked the people to talk about the weirdest reasons at work which got them into trouble, and people had a lot to say. The user himself was insulted for not listing the people in an email in order of seniority; how stupid is that? Well, the responses to his tweet that you are going to read as follows are full of a facepalm. Some employees really need some classes to be sane. Scroll down till the end to witness the weirdest employers’ workplace behaviors.

1. The answer right in the employers’ face is satisfying 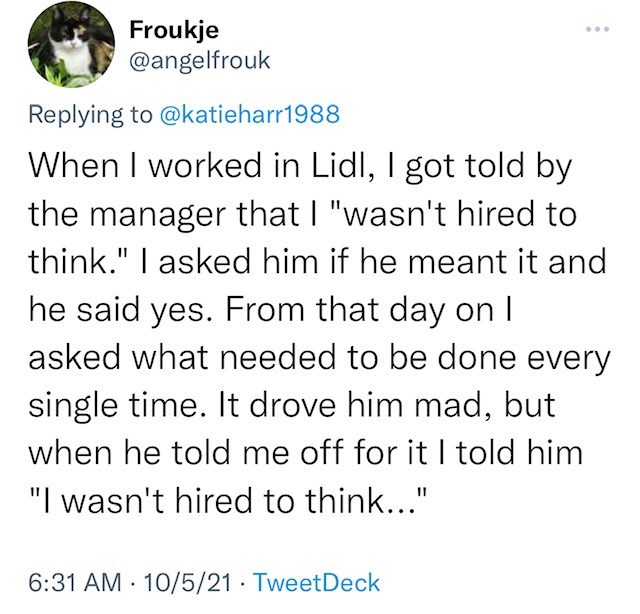 2. Do not tell a customer your closing time, they might rob you by planning. 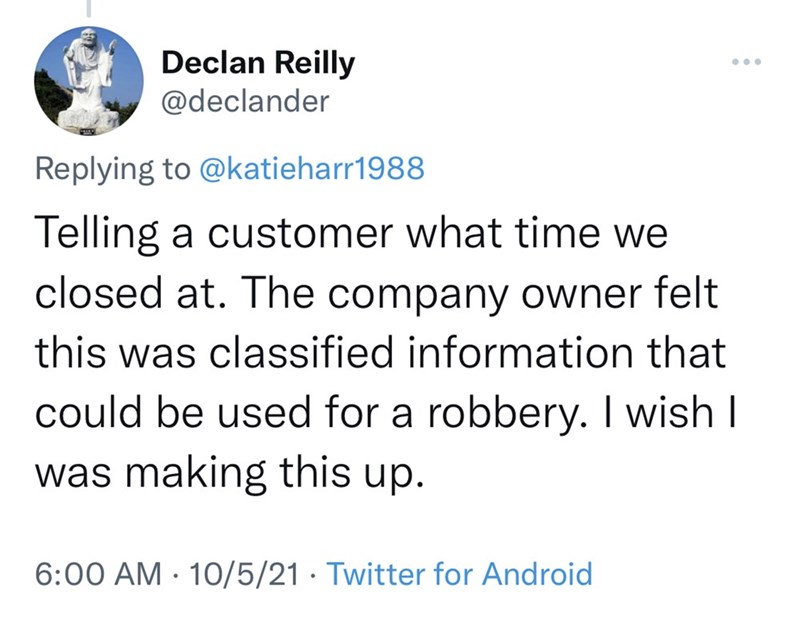 3. Imagine getting called in by your boss to be asked about changing your walking speed.. 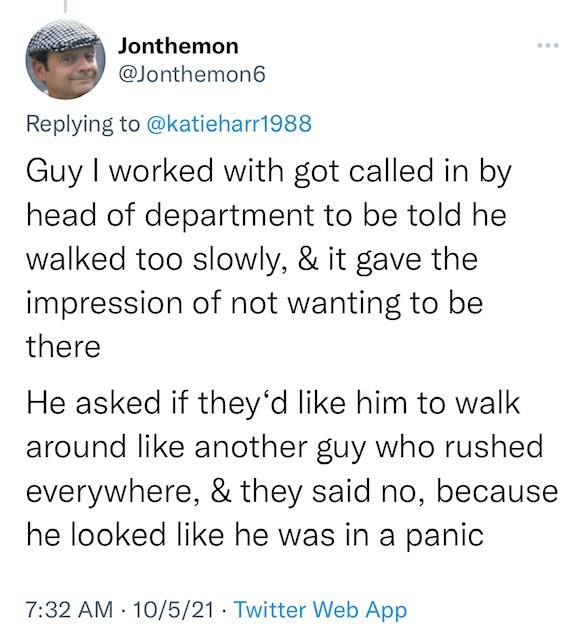 4. Why on Earth would a manager say something like that to a female employee?

5. Wearing trainers as a postman could get you into trouble too, that too, by your Dad. 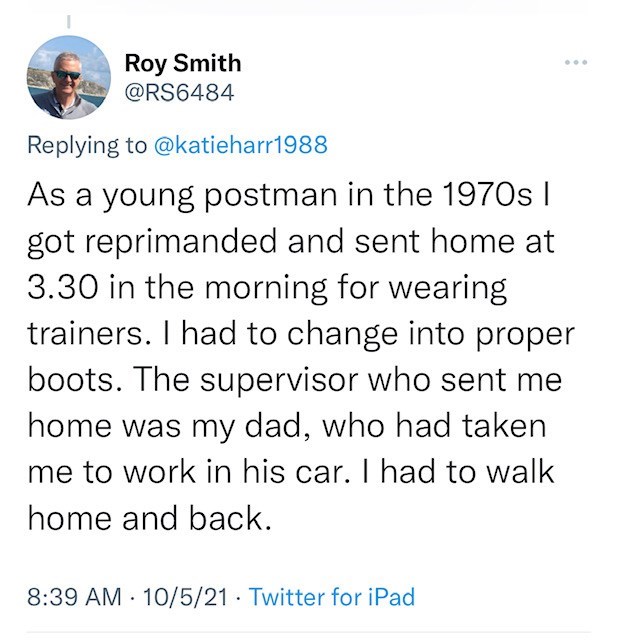 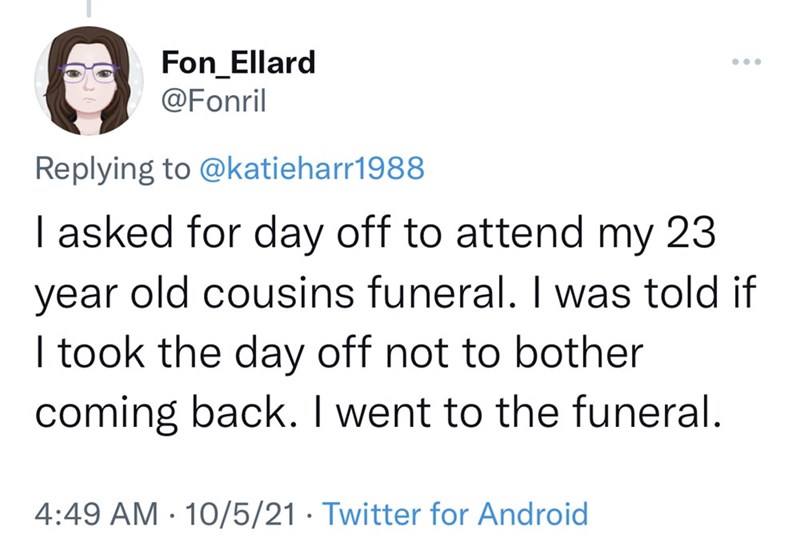 7. People can be obsessed with films to this extent.. 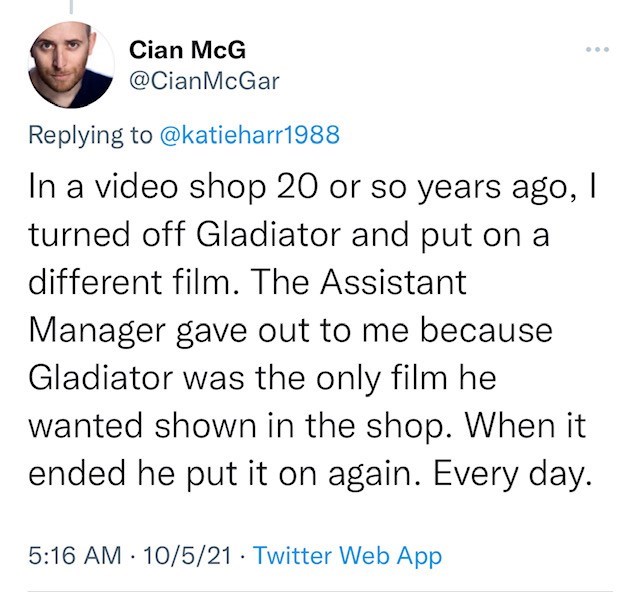 8. Can not argue, it really looks cool 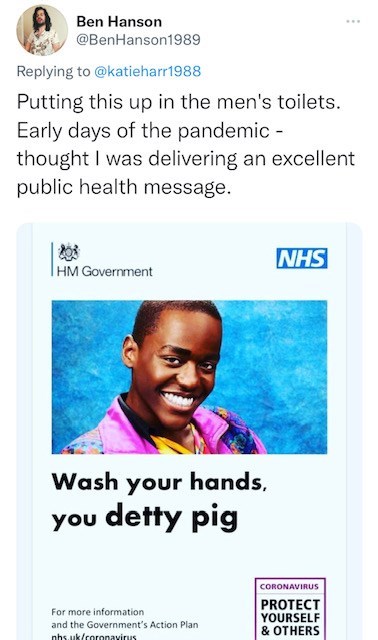 9. Who bollocks someone for having lunch for not even a little extra time, but their own signed timings? 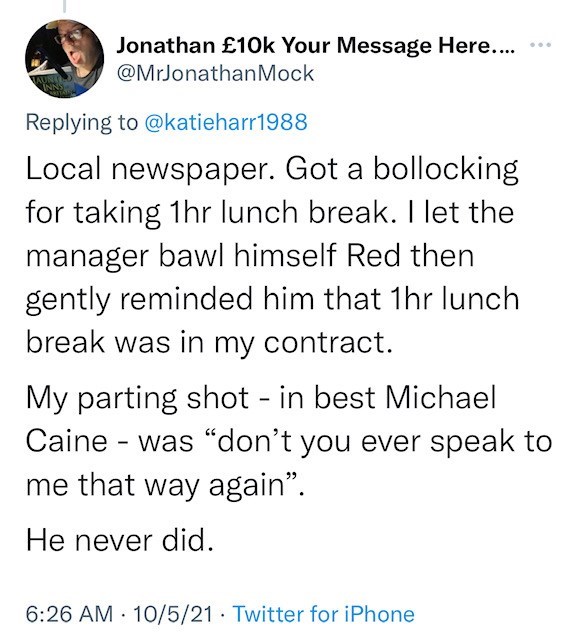 10. Well, making a joke about your death can be serious sometimes.. 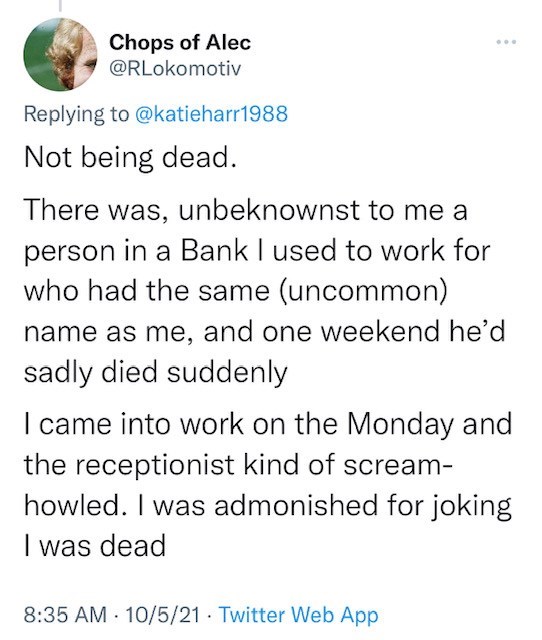 11. Why would you ask someone to work past the hours that he has signed to? Asking someone to do overtime when not needed is hilarious 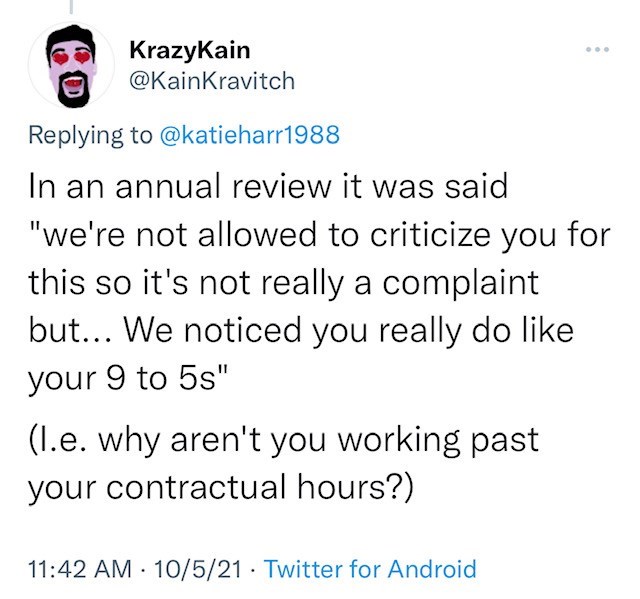 12. Now this one is actually very funny 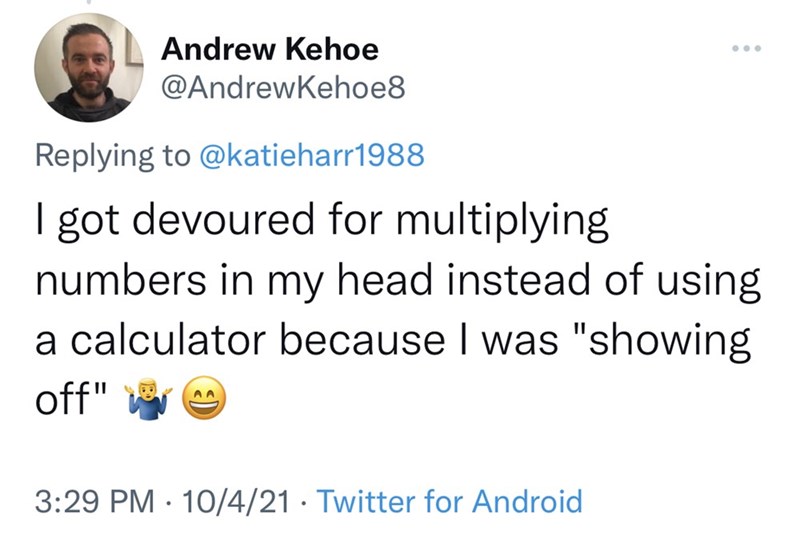 13. Turns out, being nice and happy is a problem for people too which can be highlighted as an issue 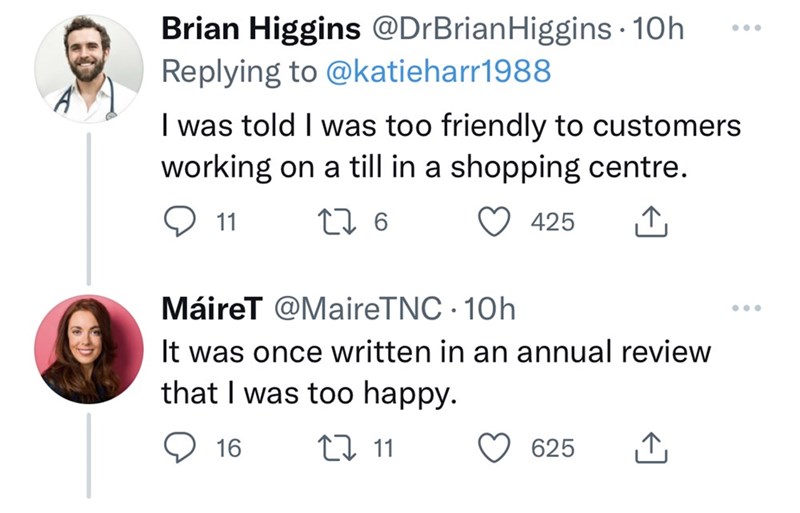 14. Some people really need to learn mannerism before coming to a workplace 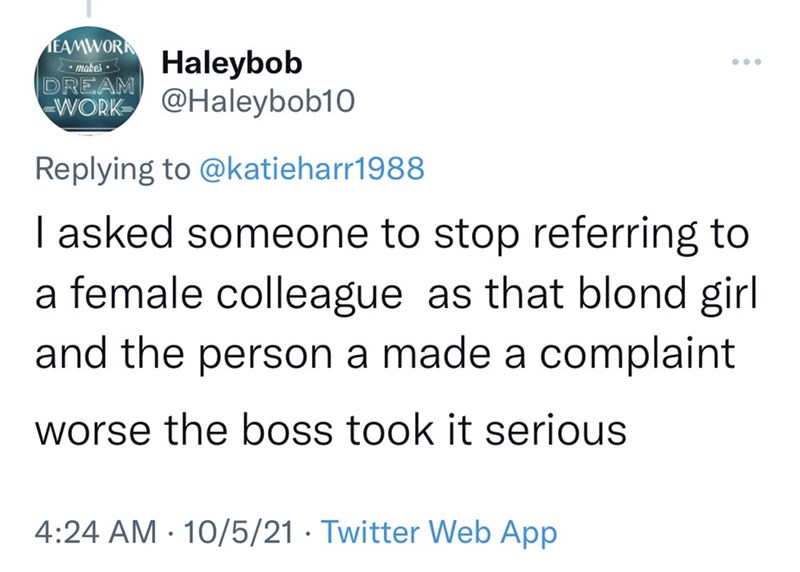 15. Abbreviations can be confusing at times, and people can interpret different meanings 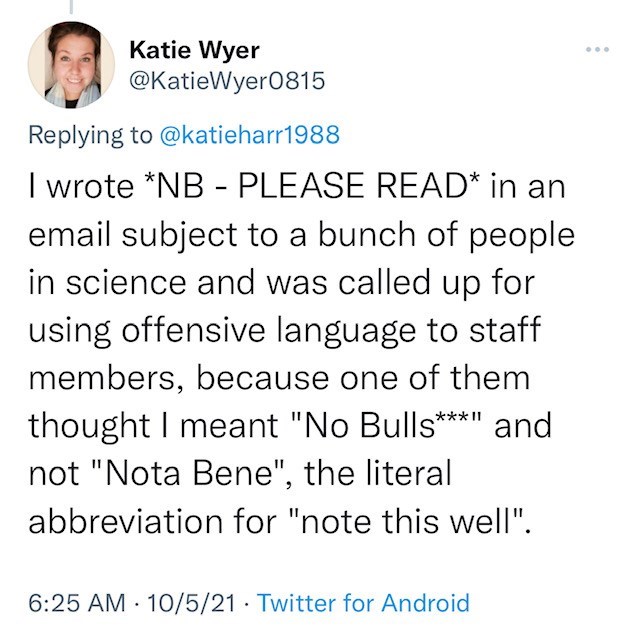 16. Imagine not taking tea or coffee and being judged by it for getting a job, I mean?! 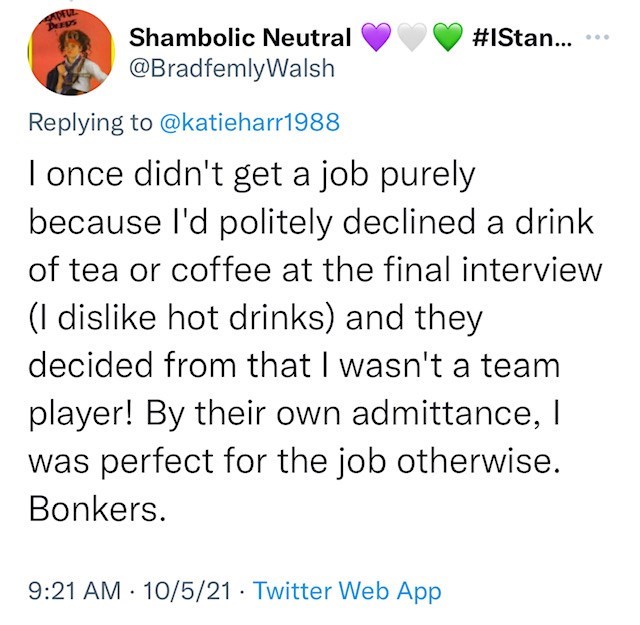 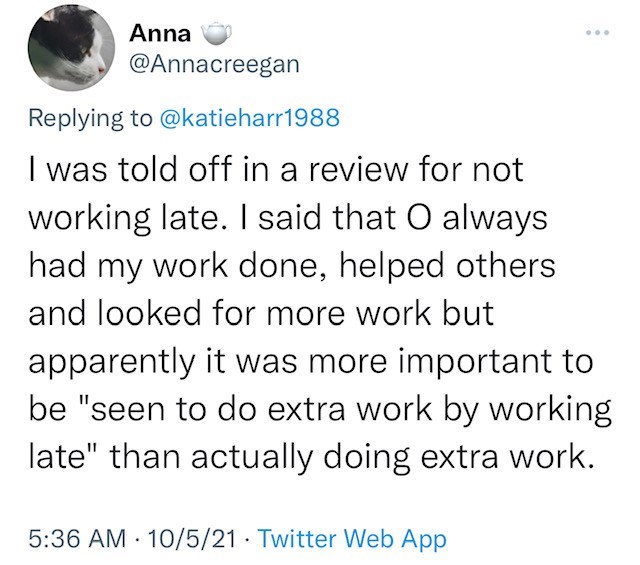 Via @Annacreegan
Well, I am literally amazed how some people can give you the dumbest reasons for your rejection, be it your walking style or your clothes. A workplace should be free of biases about the personal choices of employees. Some things should be kept out of workplaces and there should not be any conversation about it. Employees should be called out for their unprofessional behaviors from work, not on their personalities and petty things revolving around them. A true employer would never call out on the weirdest things that we have mentioned just above. We should take notes and behave in appropriate ways with our employees. Anything as above ever happened to you? Share your stories and feedback on this article. Stay tuned for more.
Advertisement
You already voted!