Every one gets their comeuppance.

Whether it be instant or take years. After all, Karma spares no one especially if it is the bad kind. And we all know many landlords deserve all they get. I have personally dealt with landlords all my life and I have only met some rarely that are actually nice and realize that you are also a human being. It seems they think that just because they own the house, they own you as well.

That is why it is so nice to see some landlords get served some well-deserving justice. If you want more stories like this one to fill your revenge fantasies, you can also take a look at how this tenant took revenge on their landlord for lying to them. However, the following story is a bit different. It seems the landlord couldn’t handle the fact their income level ‘was so high’. He just had to get a piece for himself apparently.

All in all, greediness never pays off.

That about sums it up but the devil is in the details. 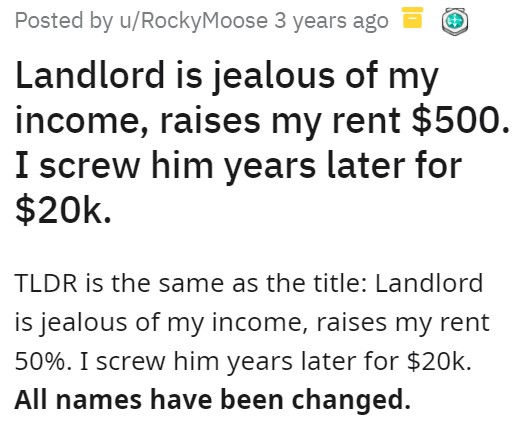 I had no idea we had a word for it.

Wish that was possible nowadays but it is only a dream now. 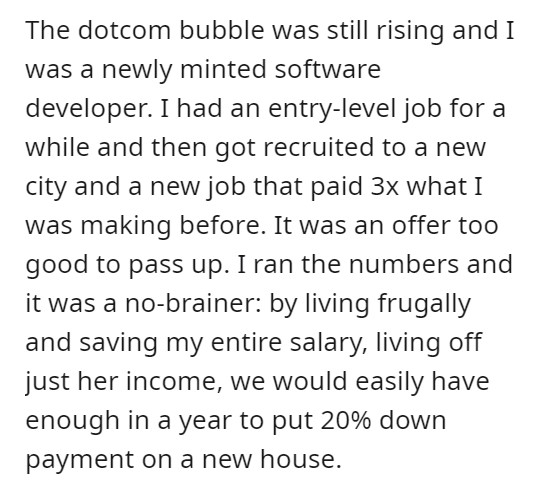 That is oddly specific but okay. 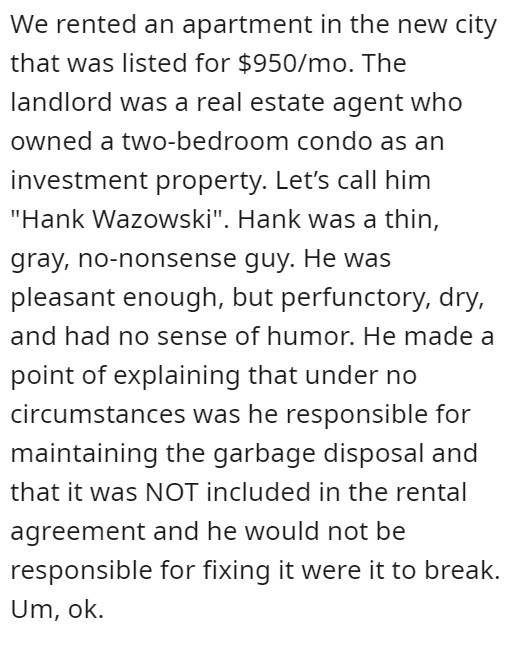 My wife was renting month-to-month for years (like 10 years) with no hassles. I moved in with her and we always figured that we would buy the place once the landlord was ready to sell it.

Lo and behold, the landlord gets over-excited by spiraling real estate prices, lists the house at 40% over the market, and doubles our rent. Just to avoid the hassle of moving, we probably would’ve paid even 20% over the market. She refused to negotiate on price.

We end up buying a house somewhere else, the original place never sells, and it sits vacant for eight months before she’s forced to rent it out at about $50 more per month than what we were paying originally. Instant karma, she lost over $10,000 on sticking us. Her greed was repaid to her quickly. –Snowbirdy

Who wouldn’t want a couple with no kids as renters?

That might have been possible in the ’90s but not anymore. 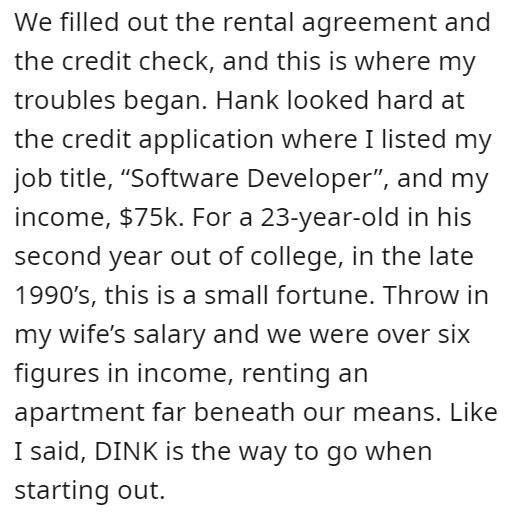 That is a very weird thing to say to someone.

I can imagine it would be very awkward.

And that certainly put a stint in their plans. 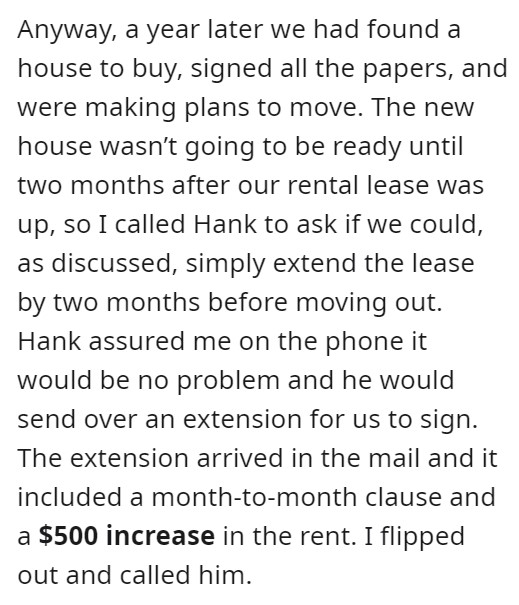 God damn, as a landlord that makes me feel like a super good dude. We only raise the rent by 3% max if a tenant goes month to month. –Gledar

Honestly, isn’t there some law against this sort of thing? 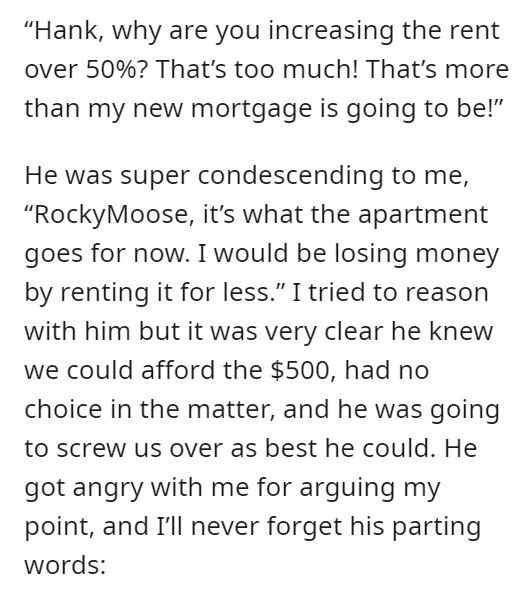 Wow, I would be very angry if someone said that to me. 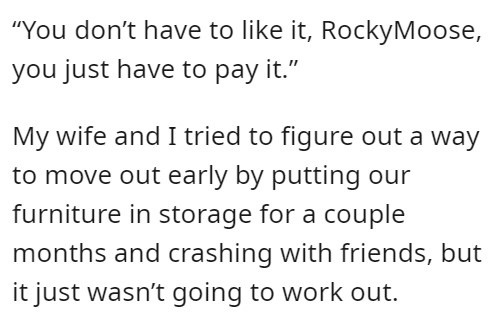 He wanted to squeeze you for all you were worth. 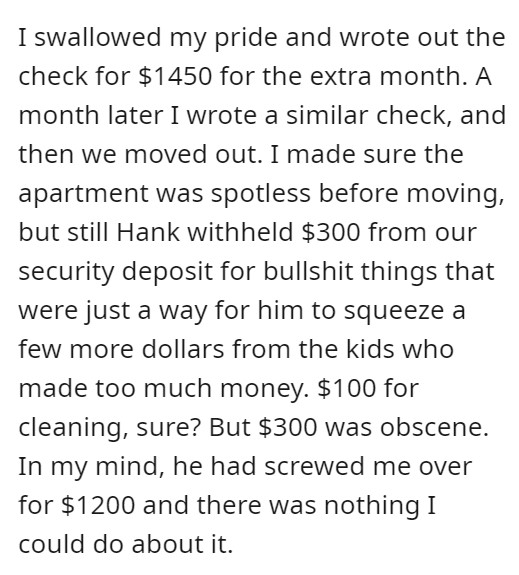 I can’t believe he got away with it. 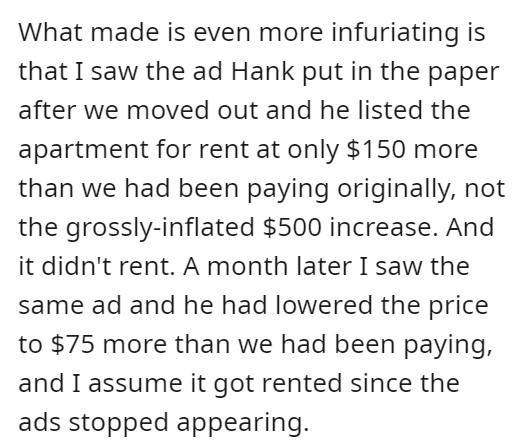 However, as luck would have it, his comeuppance came a little later.

This was the mother of coincidences. 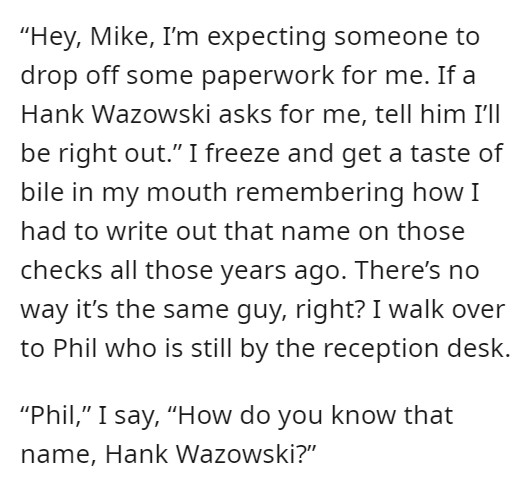 As it turns out it was the same person. 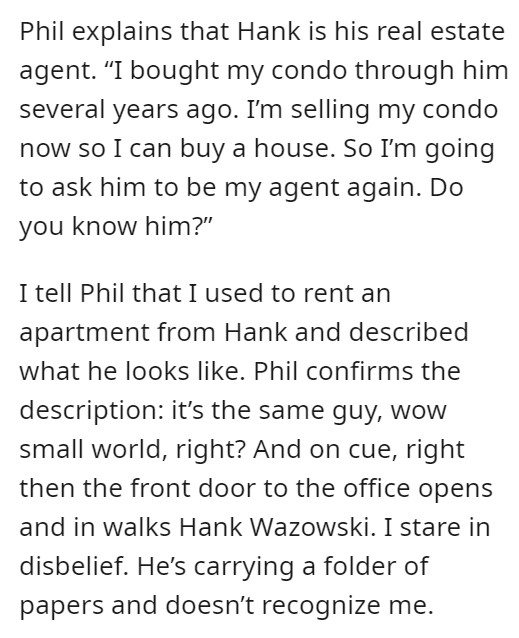 I wonder what his facial expression was at that moment. 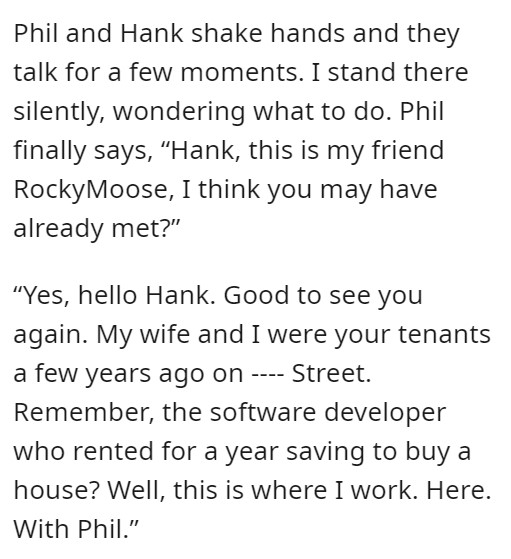 He should have been embarrassed but the conversation continued. 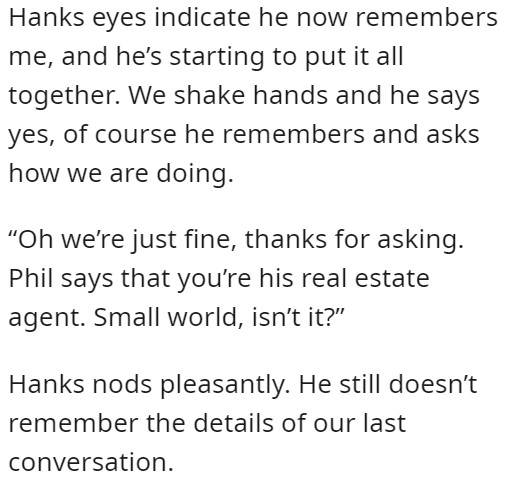 I bet he can understand where this is going. 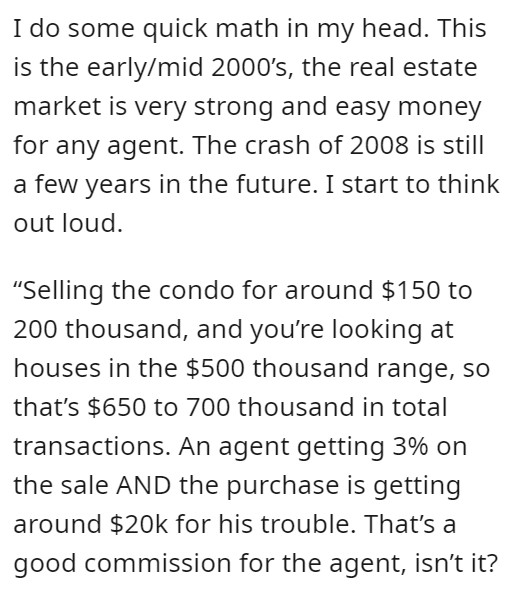 I can hear the passive-aggressiveness. 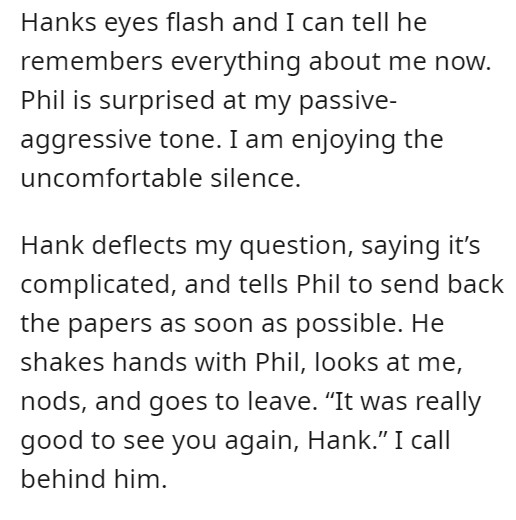 Then he told the whole story to Phil who for his part listened carefully. 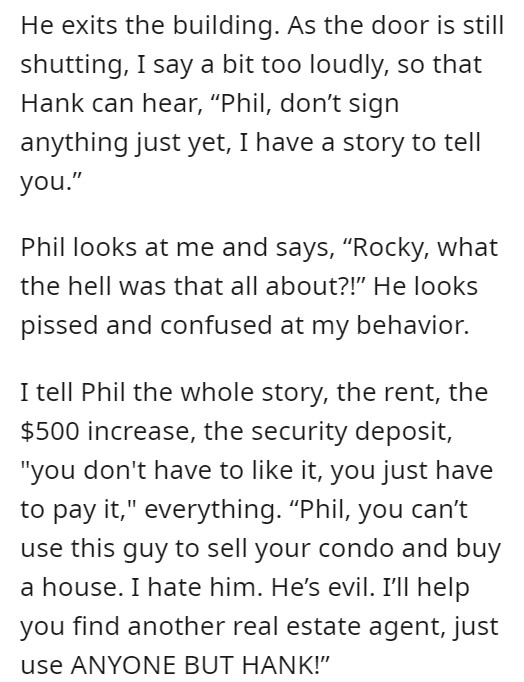 And this is when they hatched a plan. 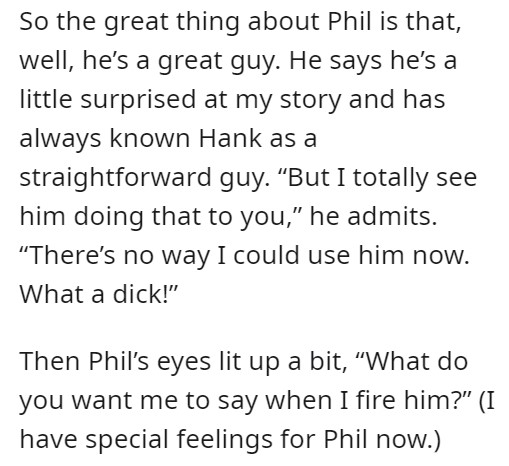 The only question I have is how did you manage to walk around the office with a huge justice boner for the rest of the day without offending anyone? –six4two

I wish they could have done this to his face. 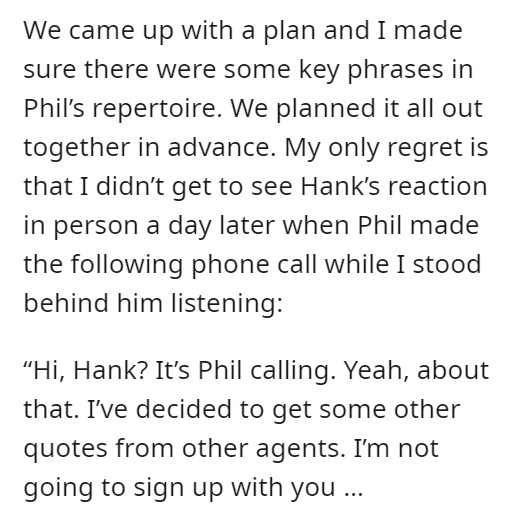 That is certainly quite satisfying. 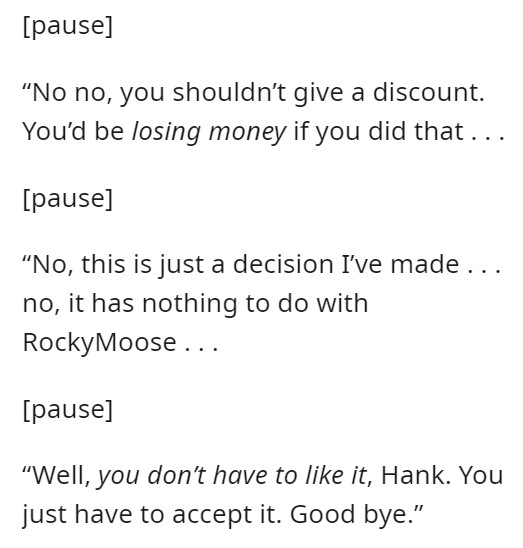 One of the best revenge stories I have ever heard. 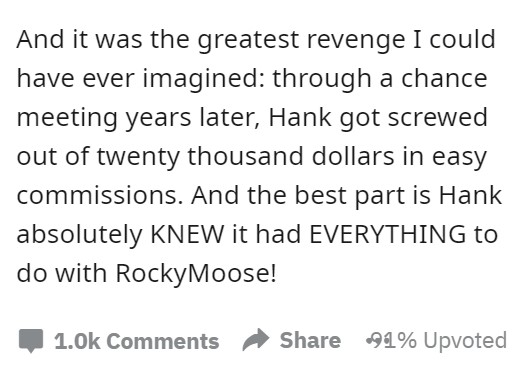 This is so satisfying. I feel like it’s everyone’s bad landlord fantasy. –lousyarm

Have any similar revenge stories that you wanna share with us? if so comment down below and let us know.